The Best Features From Windows 10’s Big May 2020 Update 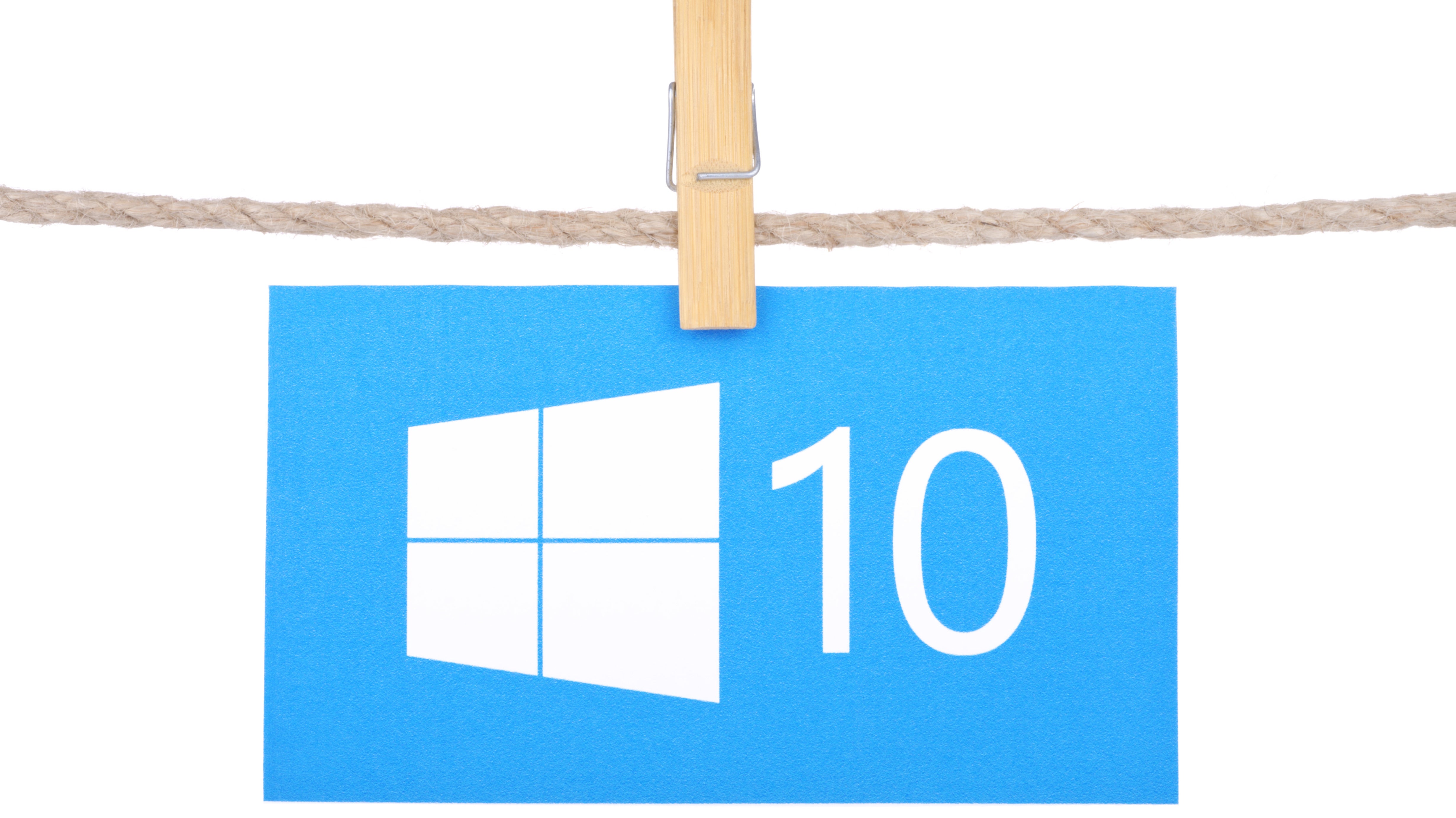 Microsoft’s big May 2020 update for Windows 10 is here, and it’s packed with a bunch of new features and changes. This isn’t one of those subtle “security updates” that patches up a few bugs within Windows but doesn’t change your UI or how you interact with your operating system. It’s worth paying attention to, so I’m highlighting the best of what’s new now.

Before we get to the fun stuff, let’s all take The Microsoft Update Oath:

I’ve been running the beta version of the Windows 10 May 2020 update for some time as a Windows Insider. While I haven’t experienced any catastrophic bugs, that’s not to say they can’t happen. As always, update at your own risk. You should install Windows updates, but there’s nothing wrong with giving them a few days to destroy other peoples’ systems—if they’re going to—before you do so.

With that said, here are a few of the more noteworthy features you’ll be able to play with after updating:

Install an even speedier Linux on Windows 10 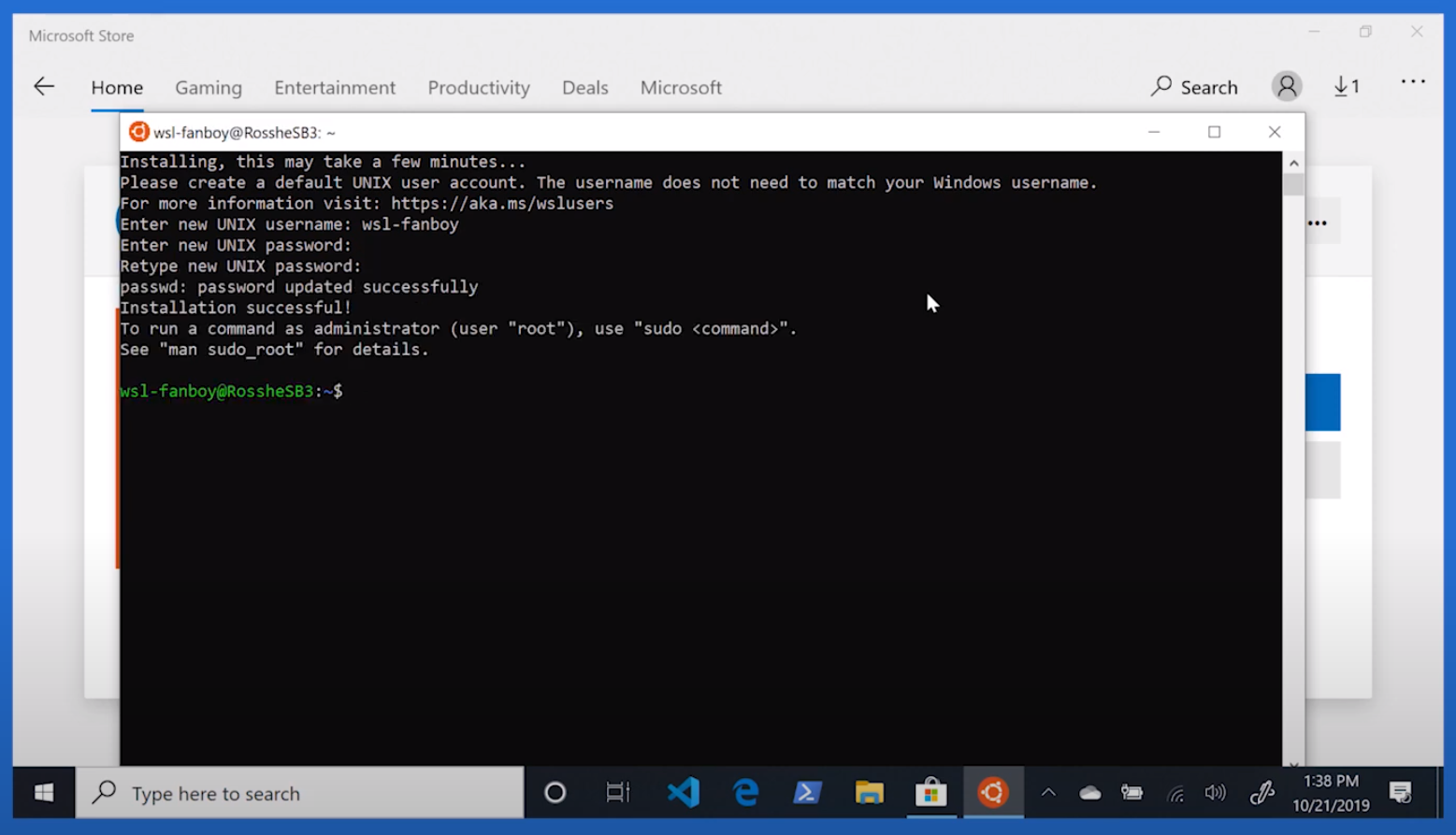 Microsoft has a brand-new version of its Windows Subsystem for Linux—WSL 2—which comes with big performance boosts as well as the ability to update Microsoft’s Linux kernel directly through the regular Windows Update app. Getting yourself set up to play with Linux on Windows 10 is easy, and Microsoft has published a handy walkthrough to get you started.

You should know that playing with Linux via WSL 2 might screw up some other virtualizations apps you’re using. Read about these fun details, and more, in Microsoft’s comprehensive WSL 2 FAQ. (Also, you won’t be able to access the GPU or USB devices just yet, but this functionality should come in future WSL 2 updates.) 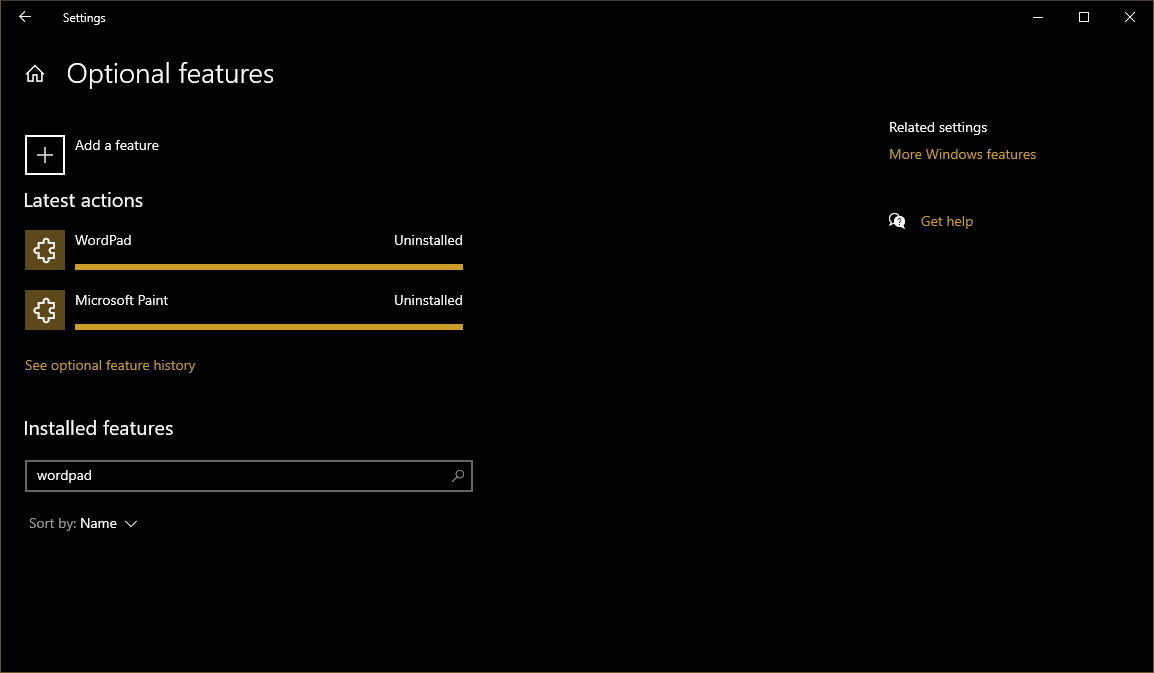 I don’t know about you, but I can’t even remember the last time I opened up WordPad (instead of Notepad++) or Paint (instead of Glimpse). There are plenty of free alternatives that can stand in for these legacy Windows apps, and Microsoft has now made both of them optional, allowing you to uninstall them from Windows right now. Just hit up Settings > Apps > Optional features (in the main window) and click on Microsoft Paint and WordPad to remove them. 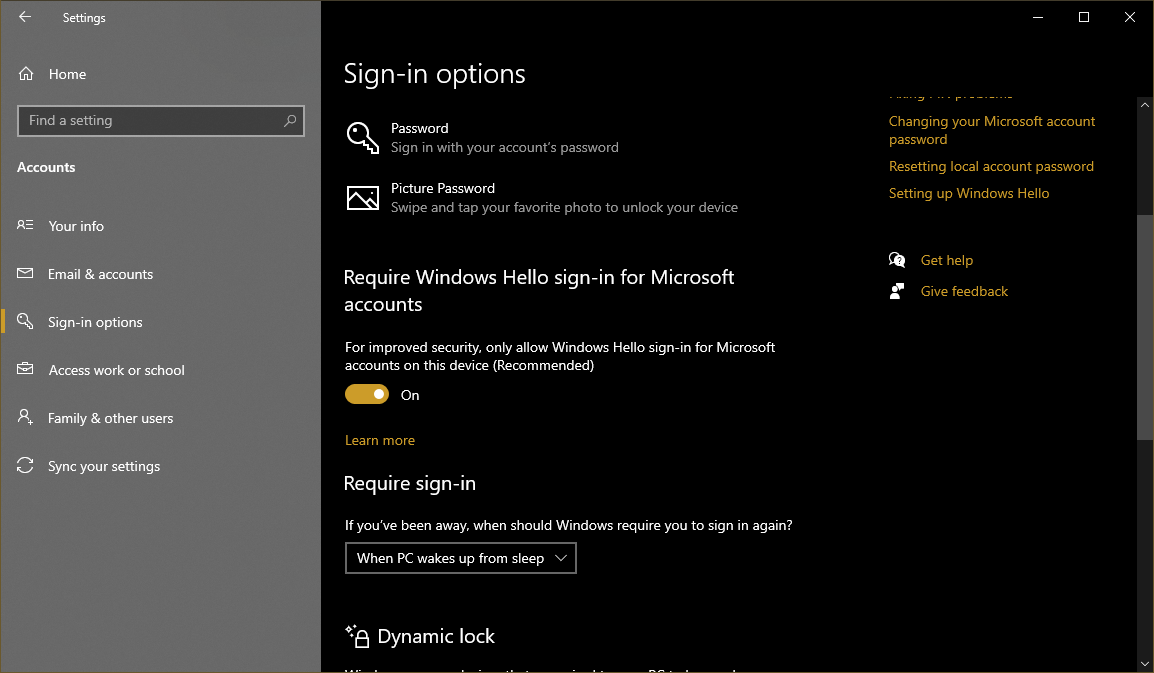 It might sound strange, but using a PIN to access your Windows 10 machine is actually safer than a password. As Microsoft describes, a PIN is tied to the specific machine on which it was set up; if someone has access to your Microsoft account password, they won’t be able to log into your actual system if you’ve locked it down with a PIN.

Right now, though, you can sign in with a PIN or a Microsoft account password. Visit Settings > Accounts > Sign-in options and you’ll be able to force sign-ins to use either a PIN, a fingerprint or face recognition to log into your desktop or laptop. Passwords, be gone. 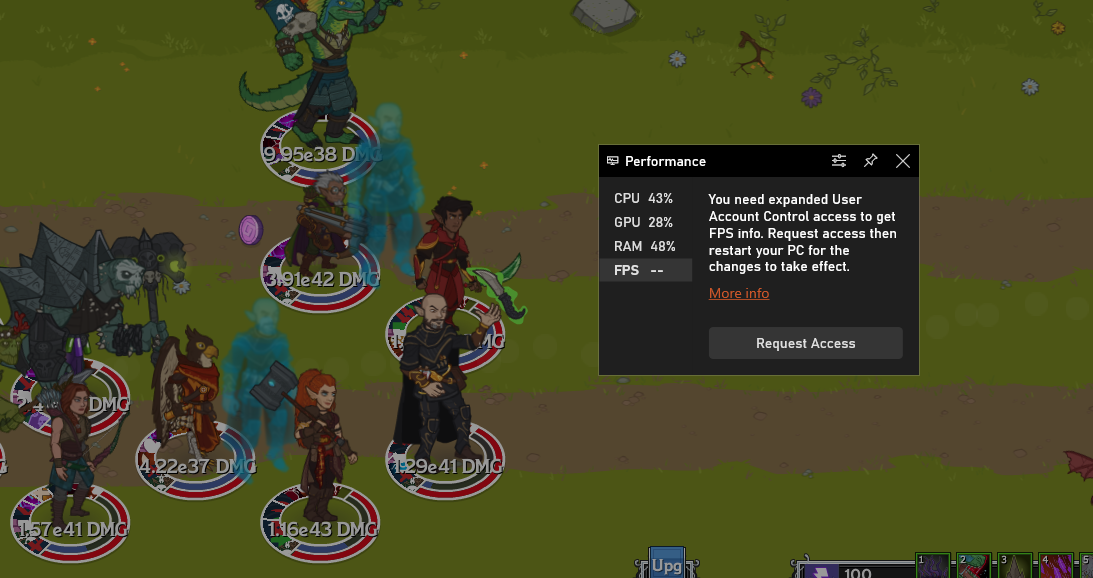 You can monitors whether your favourite games are pushing your system to the brink by examining a new frames-per-second counter built into the Xbox Game Bar. While you’re gaming, hit Windows Key + G to pull up the game bar and look for (or enable) the Performance widget. 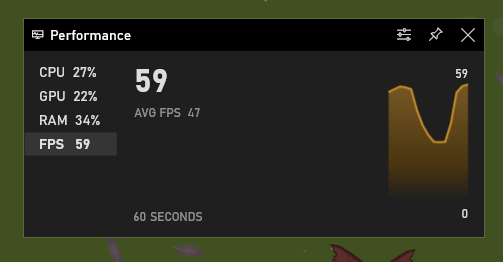 You’ll have to “Request Access” and restart your PC before you can see your FPS, so hold off on getting too deep into your play session before enabling. After you do, .you’ll be able to see a handy little chart of your FPS over the past 60 seconds.

Speaking of gaming, here’s a neat bonus feature: Pull up Task Manager, then click on the performance tab and you should be able to see your current GPU temperature. 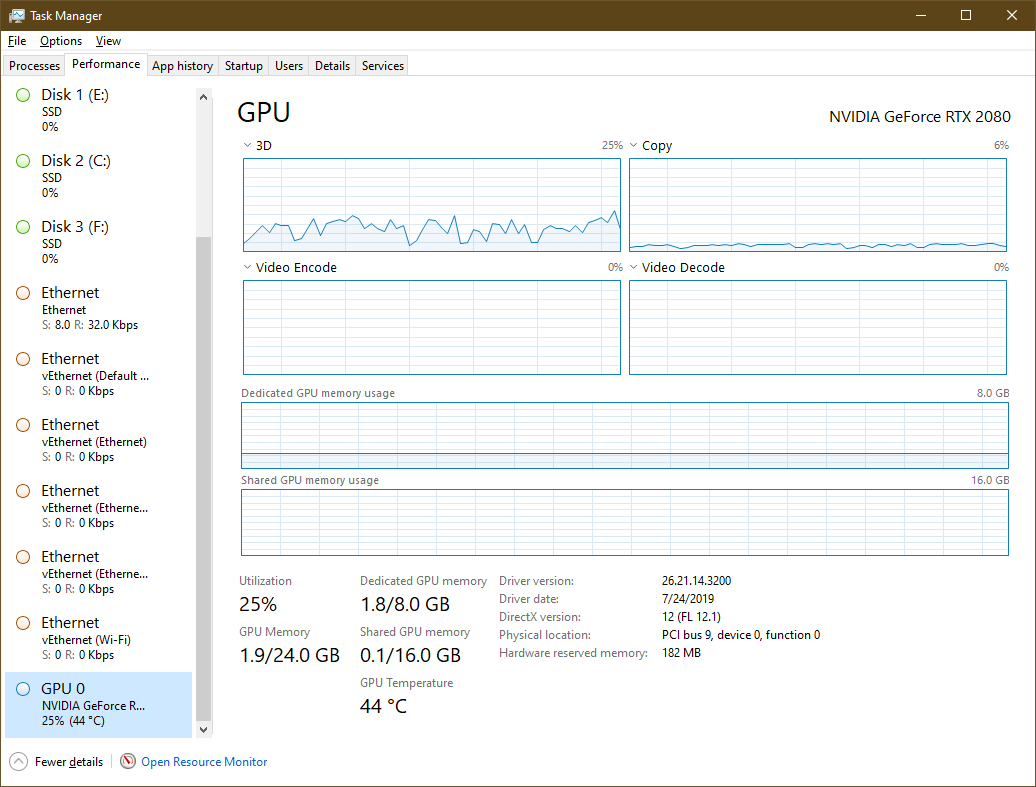 Download a fresh copy of Windows 10 when resetting your PC 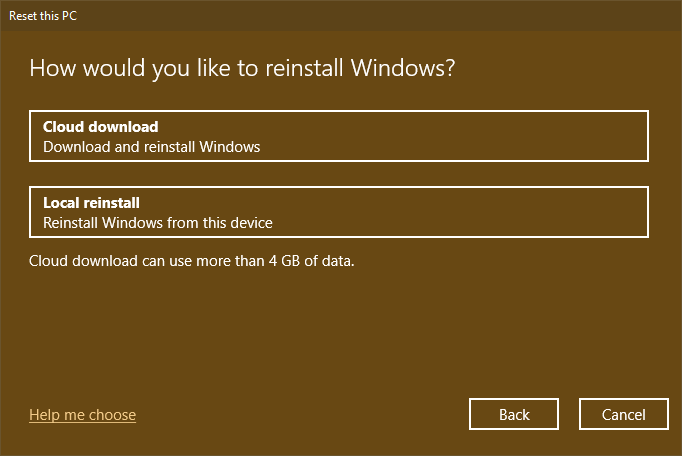 If you need to reset your PC for any reason—whether you’re keeping or wiping your personal files and reinstalling Windows—you can now select to have the tool download the most recently updated version of Windows from the web prior to initiating the process. This is a much better option, if you have the bandwidth for it, than reinstalling from an older copy of Windows 10 that has been sitting around on your hard drive. You’ll save a lot of time later, as you won’t have to then redownload and install all the updates that have come out since then.

Summon Cortana without talking to her 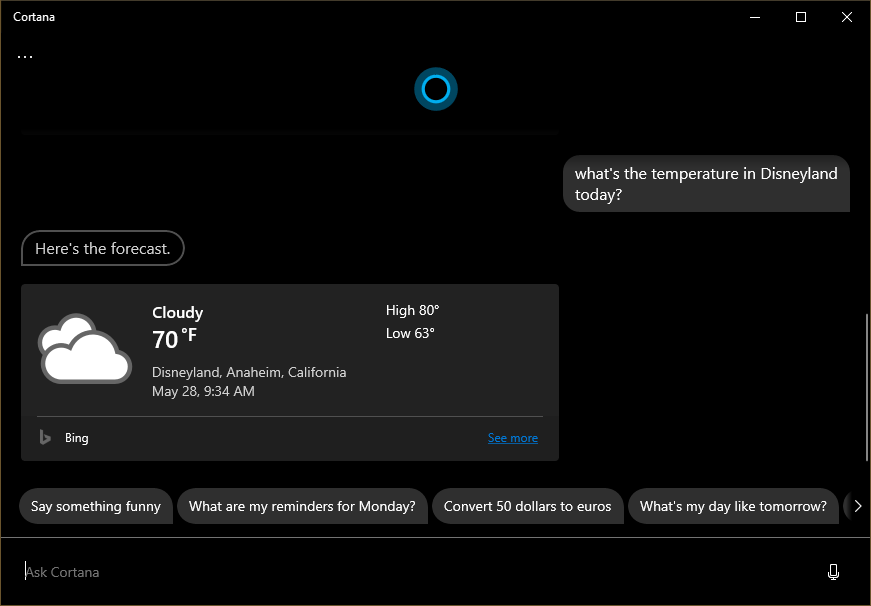 If you’re feeling bashful or don’t want to wake your roommates by chatting with Cortana at all hours of the night, you can now simply type your requests to Microsoft’s digital assistant. Better yet, Cortana’s question-and-response window isn’t attached to your Windows taskbar anymore. You can move it around and resize it, just like any regular ol’ Window. While these improvements might not get me to use Cortana more than not at all (which is how I’ve been using it), it’s a relief to know I don’t have to get chatty if I don’t feel like it. 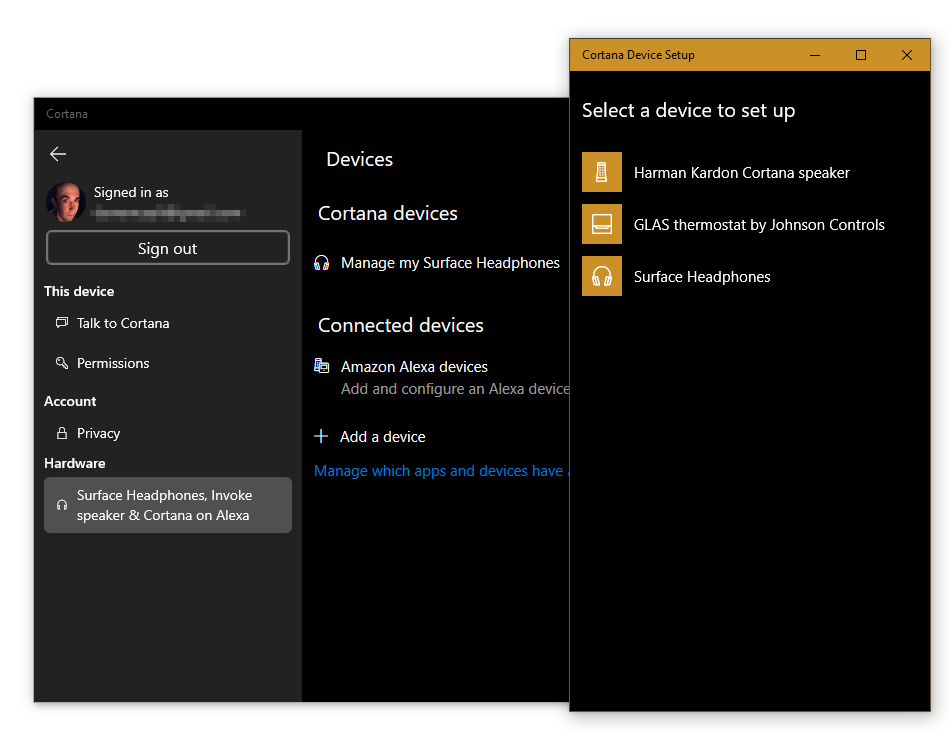 That said, Cortana has been stripped of a lot of functionality from previous versions of Windows. You’ve lost the ability to control most of your smart home devices via Cortana, not to mention streaming music services and other third-party skills you might have previously integrated into the digital assistant. Bummer. 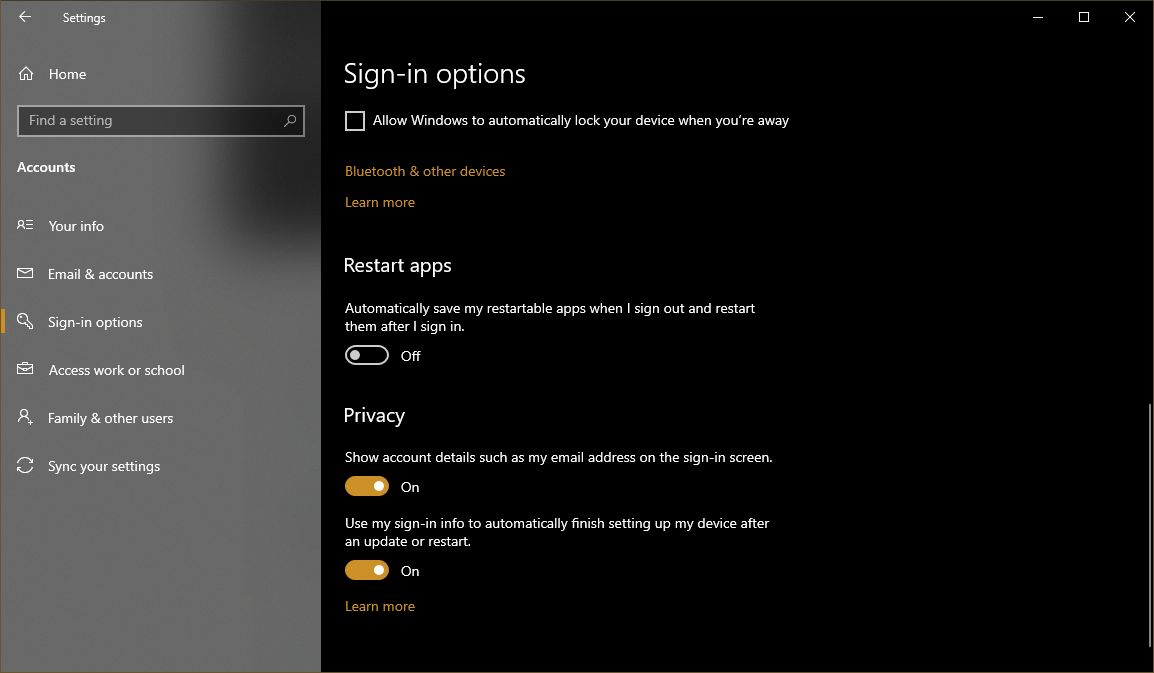 This one’s small, but handy: Visit Settings > Accounts > Sign-in options, and scroll down a bit until you see “Restart apps.” Enable that setting and any UWP apps (Windows Store apps) that were running when you shut down your PC should automatically start when it powers up again.