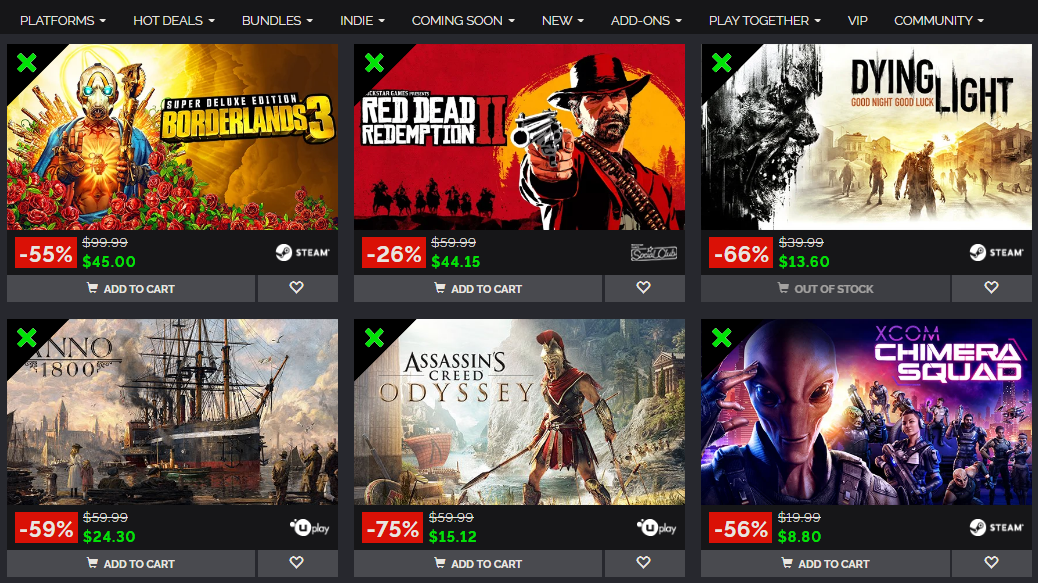 The popular digital PC games marketplace Green Man Gaming is having a huge 10th-anniversary sale that includes tons of great games at some of their lowest prices ever. The promotion runs until May 31, but there are other goodies you can get if you buy something within the next few days—including an additional free mystery game when you buy one of the many titles included in the sale.

The highlight of the sale is a whopping 75 per cent off Assassin’s Creed Odyssey; that drops the $89.95 price of the normal version of the game down to just $22.67. The Deluxe, Gold and Ultimate editions—all of which include additional in-game content—are also 75 per cent off. That’s a pretty good way to catch up on the most recent game in the series before Assassin’s Creed Valhalla releases later this year.

Assassin’s Creed Odyssey is just one of many discounted titles, however. Here are some others worth calling out:

That’s just a small selection of the full list of games on sale, but it should give you a pretty good idea of the savings Green Man Gaming is offering for the rest of the month—and don’t forget that buying any of these discounted titles also gets you a spin on the Birthday Wheel, which will net you a free, randomly-selected game (up to 10 free games per account). If you’re looking for a way to pad out your quarantine free time, this is a good one.