Now Is The Time To Build A Ridiculous Contraption 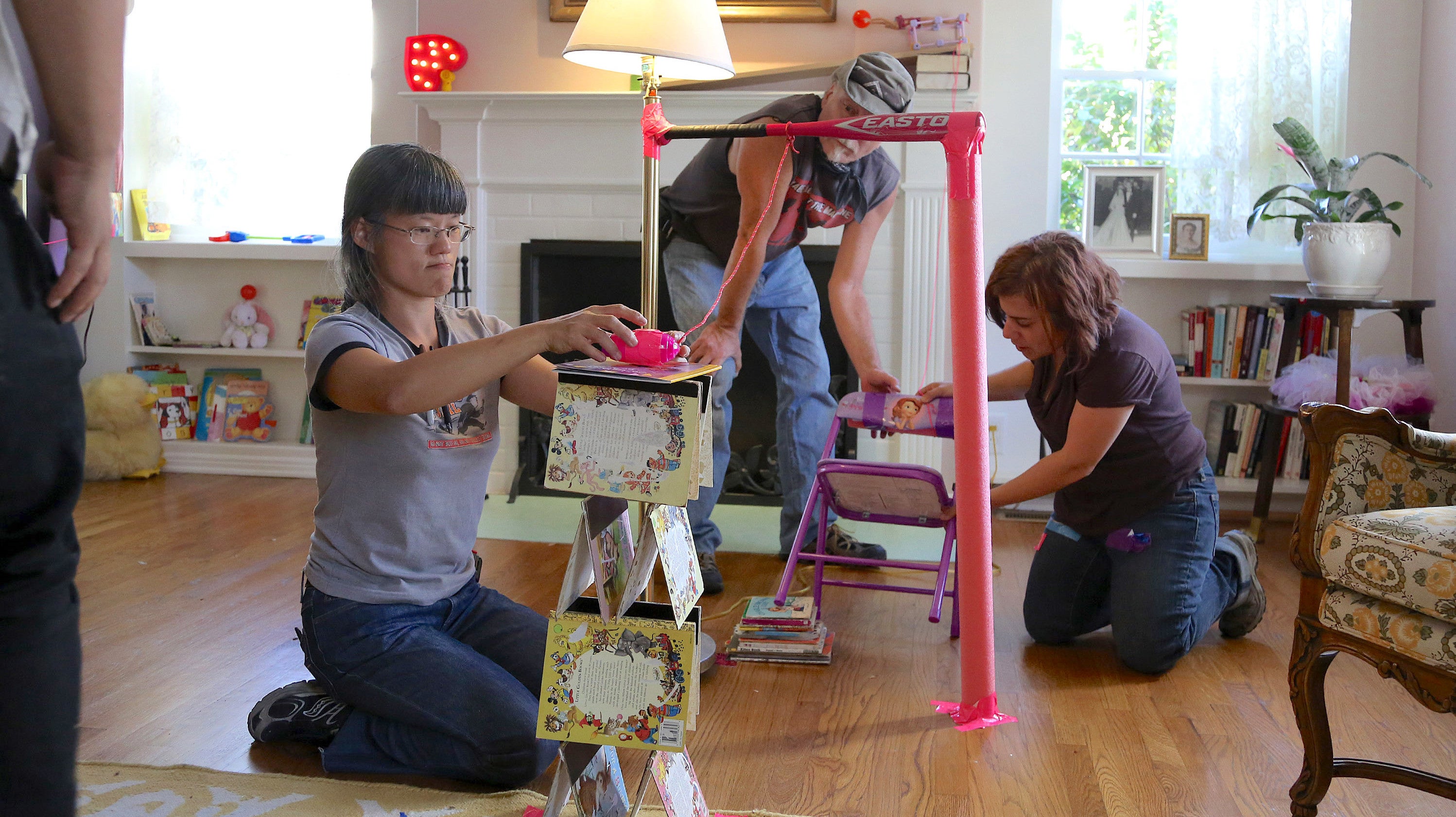 Have you ever wanted to build a ridiculous contraption with your kids? The sort of homemade machine that takes a simple, everyday task—like, I don’t know, passing the salt—and makes it unnecessarily complicated, albeit effective. Maybe it never occurred to you to spend an entire weekend figuring out a new way to drop a bar of soap into someone’s hand, but if every there was a time, wouldn’t it be now?

These contraptions are known as Rube Goldberg machines, named after cartoonist Rube Goldberg whose cartoons often depicted devices that performed everyday tasks in convoluted ways. For decades, Rube Goldberg, Inc. has hosted annual contests to challenge students to build their own machines. And their latest challenge can help us with something that is on all of our minds right now:

If you need some inspiration for your own machine, look no further than the Joseph’s Machines YouTube channel, which features a variety of contraptions to perform mundane tasks or solve common problems.

The Cake Server machine, in particular, is a favourite of mine because it involves all the elements one wants in a ridiculous machine: spilled juice, a candle that melts butter, a toddler, a crashing laptop and a near-miss with a swinging chandelier:

Other Joseph’s Machines gems you can learn from:

Lest you be discouraged by Joseph’s Machines, which are clearly of a professional quality, here’s one that author KJ Dell’Antonia’s kids—total amateurs!—built in just seven hours. She challenged them to see how far they could get a ping-pong ball to travel through the house, and it was a challenge they took very seriously:

The assignment: make a ball track as long as possible with household items. So they went four flights. It took 7 hours. #coronacrazy #coronahomeschool

If you and your kids want to enter the Rube Goldberg Bar of Soap video challenge, they’re accepting submissions through May 31, so you might want to start working now.