Why You Need ‘Say No’ Days 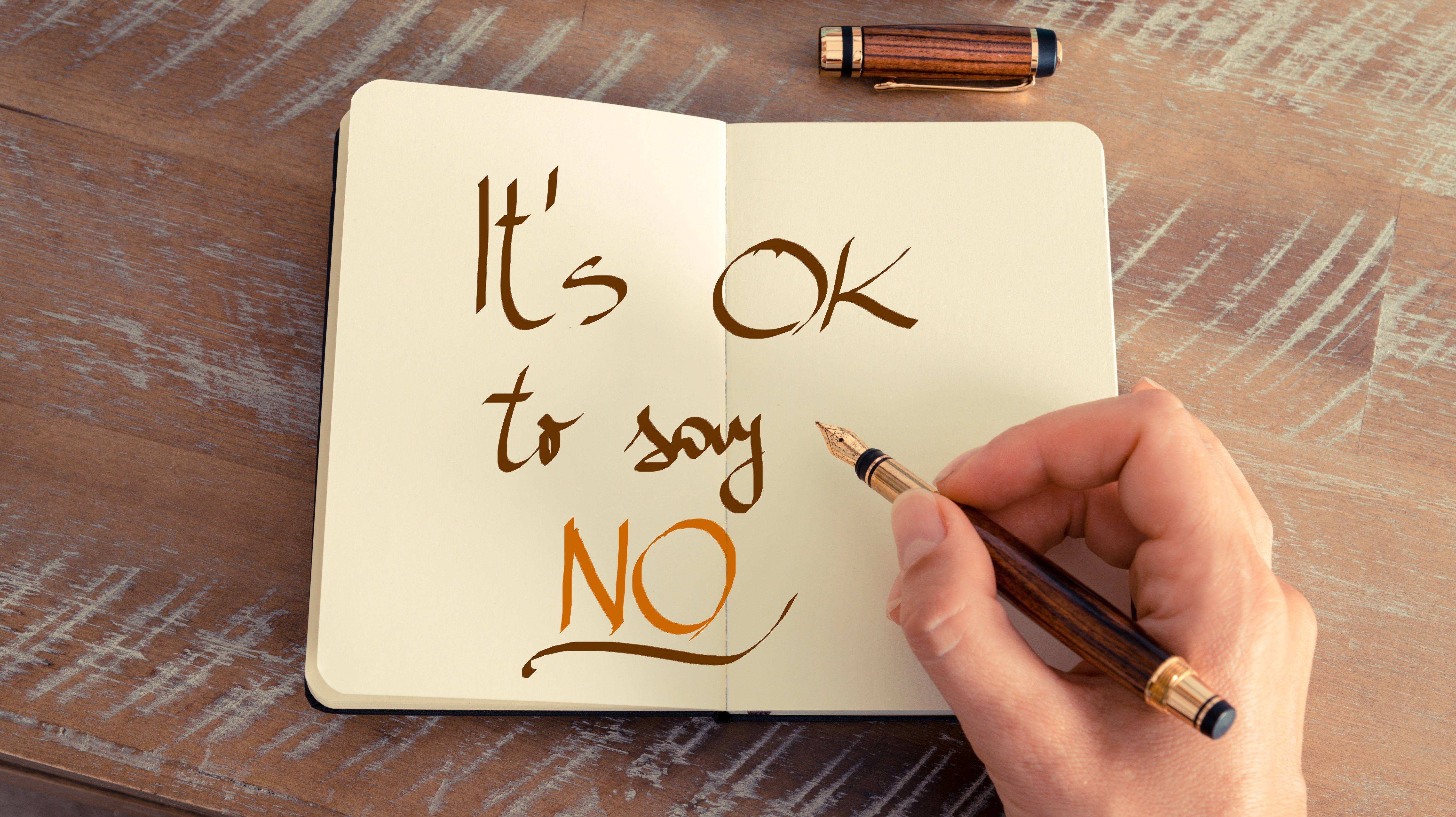 We’re all familiar with the concept of a “no-spend day,” right? For 24 hours, you commit to not spending any money. No impulse buys, no takeout, no purchases whatsoever.

In fact, some of you might have even spent the past month participating in Lifehacker’s “no-spend January” challenge. When your no-spend plan lasts an entire month, you’re still obviously going to spend some money—bills have to be paid—but you’re also going to avoid as much nonessential spending as possible. (If the choice is between going out to dinner and using up the can of beans in your kitchen cupboard, you’re going to use those beans.)

Here’s a variation on that idea: how long can you go without taking on any additional obligations or time commitments? Can you do a “Say No Day” or a “Say No Month,” during which you only commit to what you already have on the schedule?

As with the no-spend month, there are obviously some situations that won’t fit into your Say No plan. If your boss asks you to do something, for example, you’re obviously going to do it; if a family member or friend has an emergency that requires your time and care, you’re probably going to rearrange your schedule to help them. If the opportunity you’ve been dreaming of enters your life, I’m not going to tell you to turn it down.

But you’ll probably find that there are a lot of things that you can easily say no to.

As lawyer and entrepreneur Jamie Lieberman explains, at Money:

In a comic moment where I had somehow double booked two phone calls and committed myself to volunteer at my son’s school, I made the desperate and radical decision that I would say no to every single request or opportunity that was presented to me for the rest of the day. It was liberating. It also made me realise that it was time to focus my energies on setting boundaries and saying no.

I’ve tried to do my own version of the Say No Day, and it’s often harder to stick to than a no-spend day. I build my social budget like a financial budget, marking off both the days in which I have commitments and the days I want to keep free to balance all of those commitments, and there’s still always something that comes up.

That said, this is the kind of skill that gets better with practice, and I’ve found myself more able to turn down the opportunities that I’m not really interested in—and if it’s something I am interested in, to say “I’d love to do it, but this month is already booked up. Can we plan it for next month?”

And yes, I’ve said that kind of thing to both friends and family, as well as the groups and community organisations that are interested in a piece of my time. Commitment works best when it is given freely, after all. I’m also aware that social relationships are in part give-and-take; sometimes you say yes to something that you wouldn’t otherwise want to do simply because you value the person or organisation asking you to do it.

But sometimes you say no.

And sometimes you set a boundary that reminds you to say no—like a Say No Day, or a calendar with a handful of days blocked off as No Plans Days. (Yes, that one’s mine.)

If you’ve set up similar boundaries in your own life, how have they worked? Have you had successful Say No Days or No Plans Weekends, or did something get in the way? How did you handle situations where you wanted to say no, but a partner or child wanted to say yes—and what advice do you have for someone who wants to try saying no more often?