One of the very first things I do when I’m faced with a fresh operating system is to fire up its default browse – the meh Edge or Safari – and head straight to Ninite (Windows) or macapps.link (Mac). Both sites allow you to pick and choose apps you’d like to install on your new system. Once you’ve finalised your list, you either get a custom installer (Ninite) or a Terminal command (macapps.link) you can run to quickly dump a bunch of apps on your new system.

This process is much, much faster than doing things the manual way – visiting every app’s website, downloading and running its setup program, and sitting around while that chugs along, but now we can do even better. That’s all thanks to an easy-to-use package manager that supports even more software than Ninite or macapps.link: Chocolatey.

We’ve talked about Chocolatey before – mainly, the GUI version of the app that basically recreates a little version of Ninite on your desktop. Today, we’re going to ignore all things pretty and go right to the command line, because that’s the fastest and easiest way to install your must-have apps on a fresh Windows PC.

To get this free package manager up and running on your new system, you’ll need to install it. This couldn’t be any easier to do. Pull up an administrative Command Prompt by searching for “Command” in the Windows Start menu, right-clicking on the “Command Prompt” listing, and selecting “Run as administrator.” 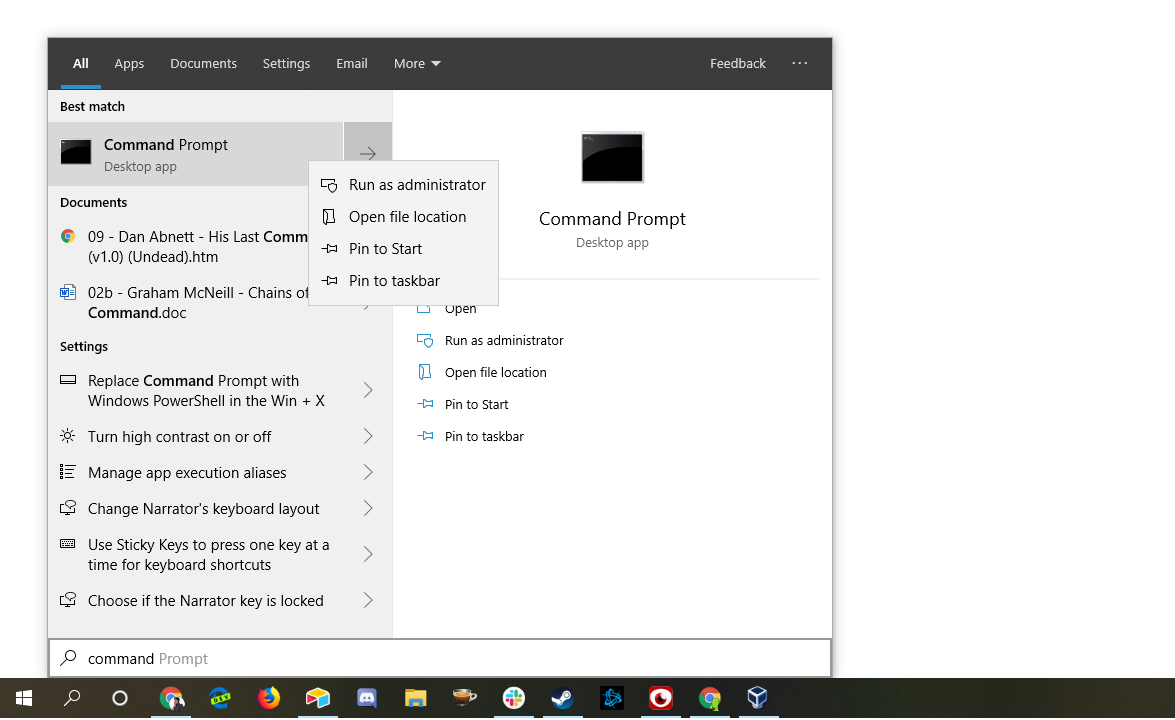 To save even more precious seconds, you can also right-click on the Start menu icon and select “Command Prompt (admin),” if it appears. If you get a listing for PowerShell, go open Command Prompt instead – it’ll save you a step later. 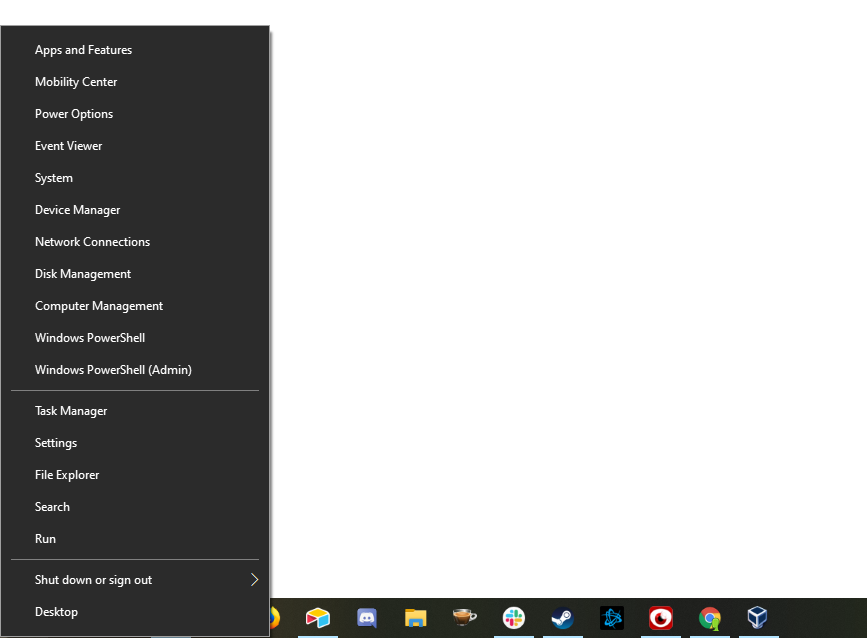 Once the Command Prompt pops up, type this in and hit Enter. (It should appear as one giant line of text in your Command Prompt.)

You’ll see a bunch of text go by as the installation process kicks off. If successful, the last few lines should look something like this:

Next, you’ll want to to open up a text document on your desktop. (You can open it anywhere, really; it doesn’t matter.) You’ll be using this to store a list of all the different apps you want to install on your new system – technically, the commands to install them via Chocolatey.

You’ll also want to open up your web browser and navigate on over to Chocolatey’s ample directory of apps.

The bad news? We’re now at the hard part, but you’ll only have to do this once. You’ll want to go through Chocolatey’s app directory and look for all the different apps you like using on your PC. You probably already know what they are by heart; if not, it’s not that hard to look them up on an older PC you’re getting rid of (if applicable) or by scanning through Chocolatey’s listing of apps (sorted by name or popularity).

We have our own picks, too, if that helps you out.

Once you find an app you want to install on your new system, you’ll want to enter it in your text file like this:

The [name of package] should be whatever is listed in Chocolatey’s app directory. So, if you were installing Google Chrome, that would look like this: choco install googlechrome -fy

The little “-fy” designation is a simple flag that tells Chocolatey to select “yes” for any prompt that pops up during the installation process. In other words, we want to automate this process as much as possible, because the goal is for you to not have to click or do anything while all your favourite apps magically place themselves on your system.

Each app you want to install will need its own separate line, and each line should look identical. So, your text file should look a little something like this when you’re done (with whatever apps you picked):

You can install all of these apps via a single line, which would look like this: choco install googlechrome 7zip.install notepadplusplus.install vlc -fy

I prefer the multi-line approach, because it makes it very easy to add and remove apps as your needs change.

Once you’ve finalised your list of to-be-installed apps, save the text file and close it. Then rename it, change its extension to .bat, and hit Enter. (If you don’t see that your file has an extension of .txt, you’ll first need to enable File name extensions within File Explorer.)

After that, right-click on your new .bat file and select “Run as administrator,” which should trigger the Chocolatey installation process for all of your apps. It’s as easy as that. 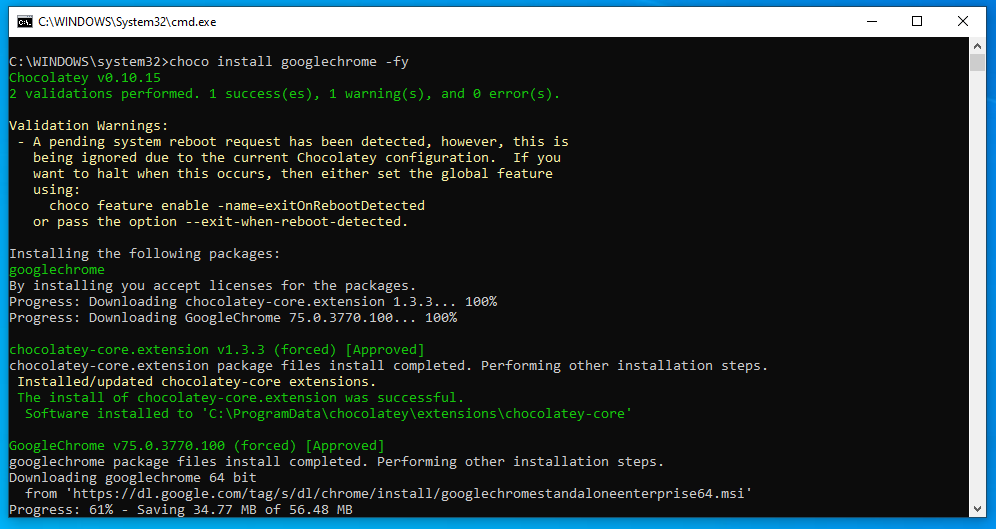 Once you’re done, I recommend saving this .bat file to the cloud – your Dropbox, Google Drive, or whatever – so you can always access it when you’re setting up a new system (including any virtual desktops you’re trying out).

Bonus step: How to install everything with just one file

If you’ve made it this far, you’re probably wondering if you can just do everything in this article at the same time. In other words, installing both Chocolatey and your favourite apps via the same, simple .bat file.

Open up the .bat file you created and append the Chocolatey installation command text to the top. It should look a little something like this when you’re done. (I’ve turned on word wrap to make it easier to read, but the installation text should take up one line.) 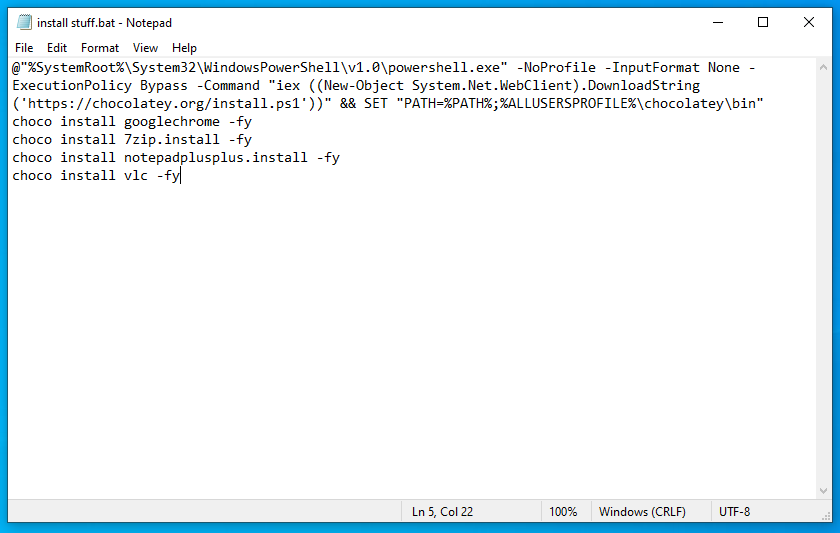 Save that file, and you can then run it (with administrator privileges) to get a fresh Windows computer up-and-running with Chocolatey and your favourite apps, all at once.

See? That’s even faster than Ninite.

This article was originally published 11/7/19 and has since been updated.