Travelling can open your eyes to so many things. Just recently, on my way to a sous vide conference, I saw a woman eating a full-blown thing of Cup Noodles at 5:10 in the dang a.m. Obviously, this woman is a hero, and should be revered as such.

Why eat instant oatmeal (which is mushy and bland), when you could eat instant ramen (which is toothsome and packed with umami)? Much like savoury oatmeal, breakfast ramen can be customised almost endlessly, but I highly recommend topping it with some sort of egg, be it poached directly in the broth, or boiled and marinated.

If you go the poached route, remove the noodles with tongs first, set them in a bowl, then poach your egg in the simmering broth for three minutes. Make a little dent in the center of the ramen and, using a wooden spoon, transfer the egg to the dent. Pour the broth into the bowl along the edge so as not to disturb the egg. If you go the ramen egg route, simply slice and serve.

If you’re enjoying a more leisurely morning, I recommend frying some bacon lardons, and frying some sliced mushrooms in the rendered bacon fat, before adding both to your breakfast noodle soup. If you’re in a hurry, chopped ham and blistered cherry tomatoes are two quicker but still delicious options, as are last night’s roasted vegetables. 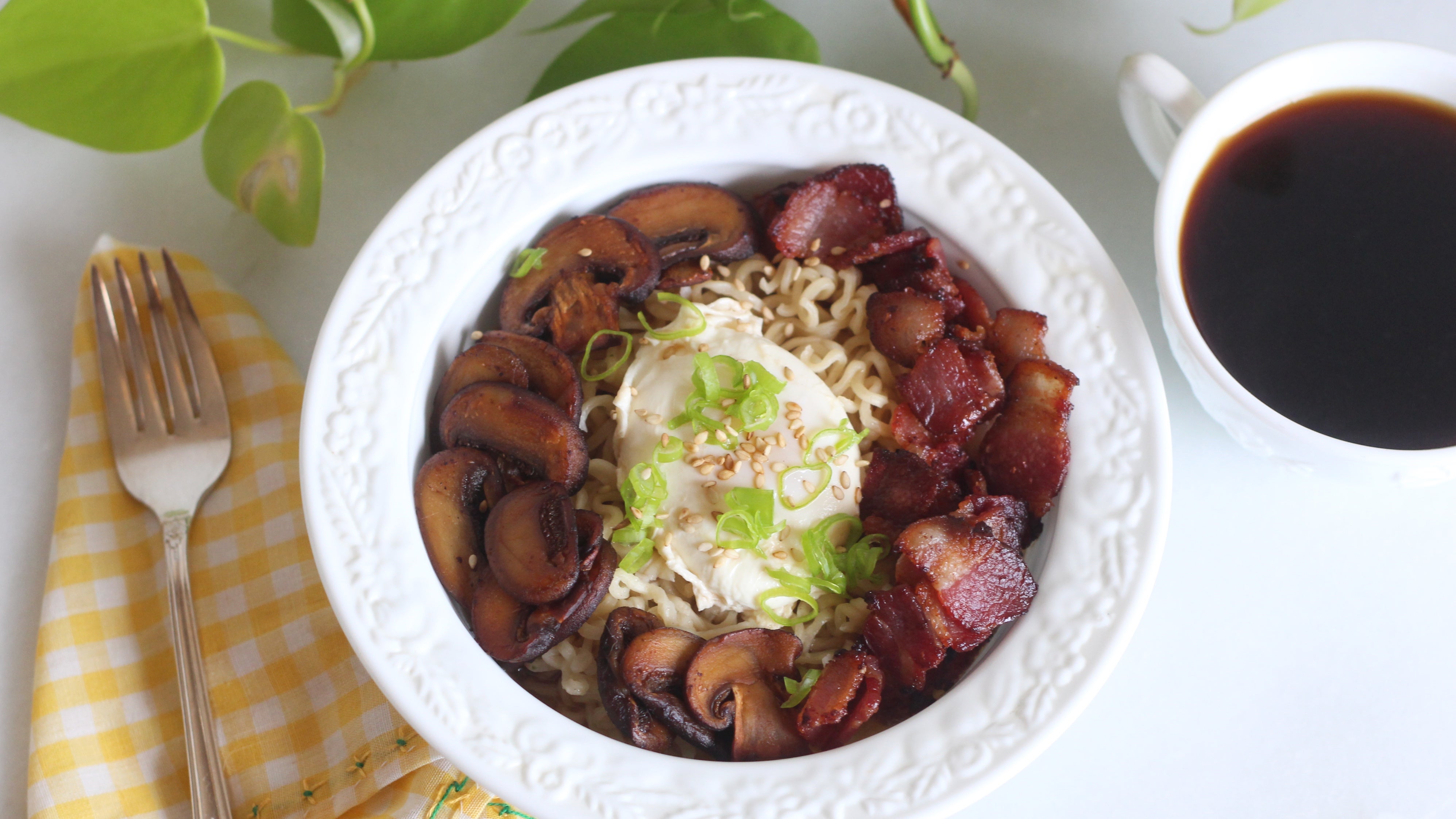 If you don’t feel like sipping hot broth for some reason, I encourage you to embrace fried noodles, and I implore you to fry them (once again) in rendered bacon fat, along with whatever vegetables you desire, top your creation with a fried egg, and garnish with finely chopped scallions, sesame seeds, and hot sauce, if you’re into that kind of thing.

How To Poach An Egg Right In Your Instant Noodles

Instant noodles may be the perfect cheap food. It's good by itself, but there are always creative ways to transform it into something better. My favourite thing to do is to crack an egg into the pot while my noodles are cooking.