How To Make A DIY ‘Laser’ Maze In Your Home 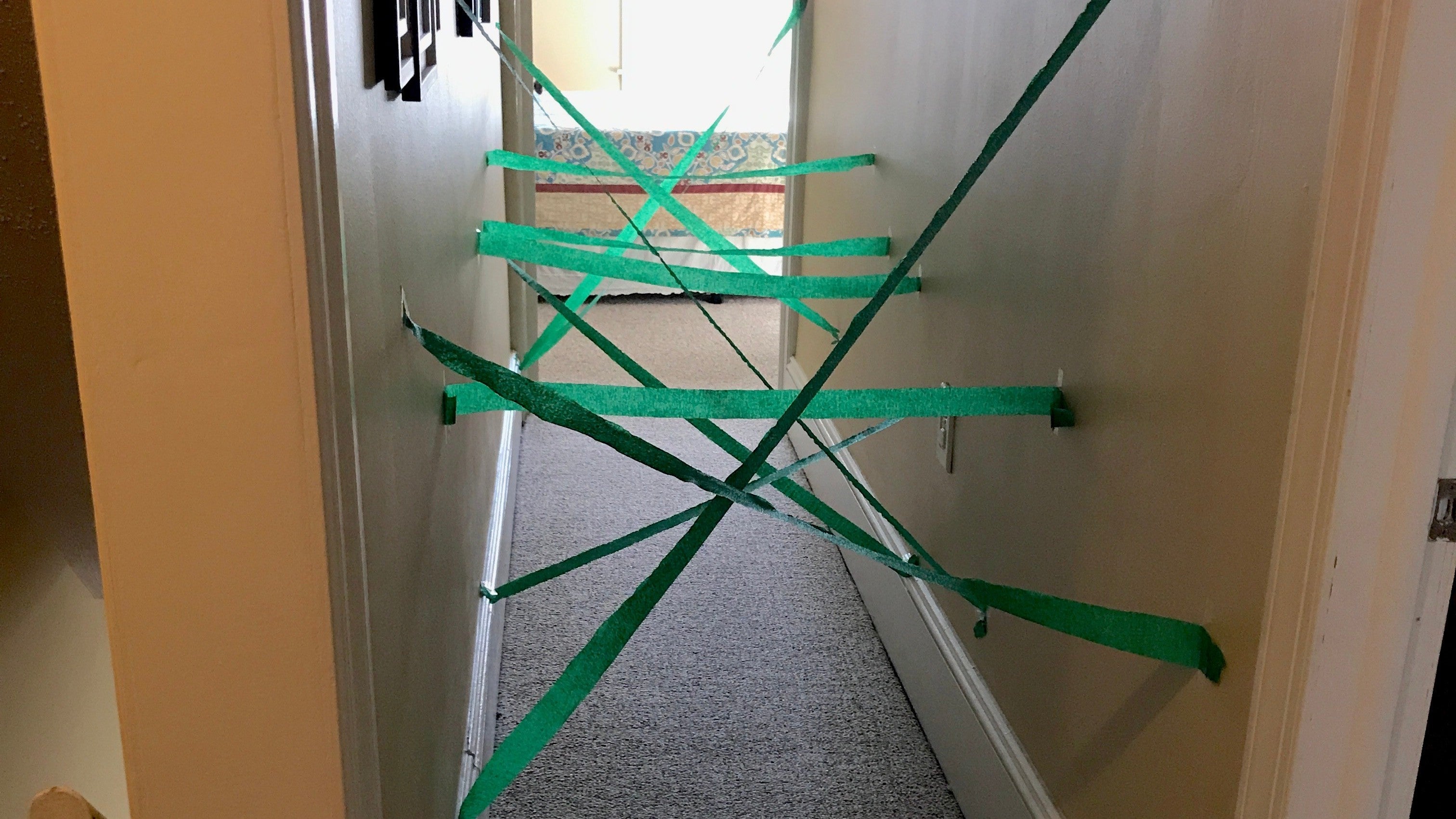 My son and I were both off work and school yesterday, and we had all kinds of plans for how we’d spend the day together. But first, I said, I needed his help with something for a post. “I thought you didn’t have to work today?” he asked with a somewhat accusatory tone. “I want you to test out a fake laser maze that I’m going to create using streamers in the hallway,” I responded. “Oh, let’s DEFINITELY do that,” he said, his tone noticeably less accusatory.

I originally got the idea from this Facebook post, and it had all the elements I look for in an activity I want to recreate at home: It was quick (it took me 10 minutes to set up), it required materials I already have on hand (streamers and Scotch tape), and it’s different enough from anything else I’ve done that it feels like a treat.

I didn’t follow a diagram of any kind, I simply tried to mix up the pattern of the streamers so that he’d have to climb over some and duck under others. He described the level of difficulty as “pretty easy but not too easy.” 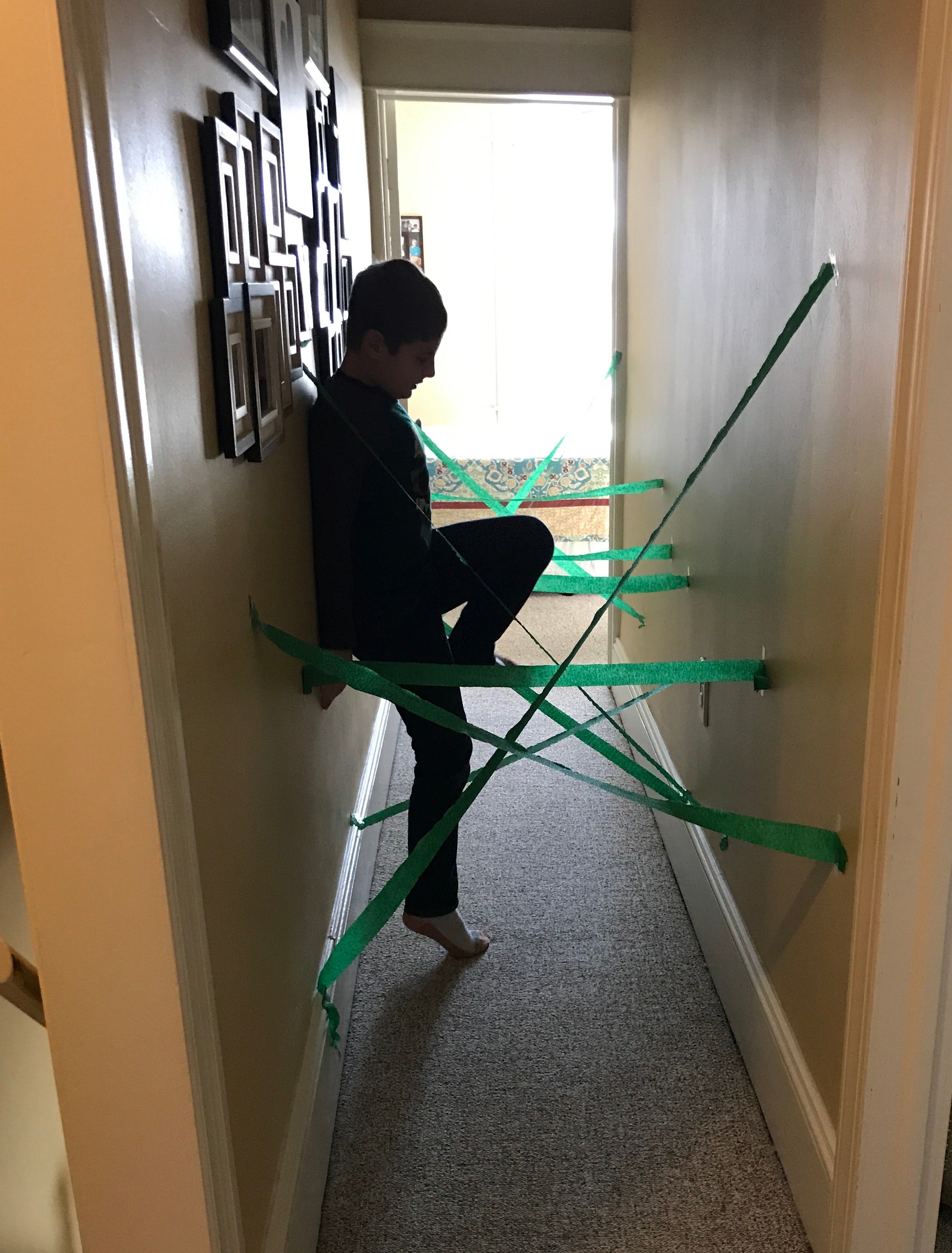 He went right in with some slick moves. He’s either done this before or has given real thought to how he would, were he ever in a situation that required it. I also tried the course while he laughed and noted all the times I was getting “zapped.” In all fairness, though, we agreed this course was made for a child-sized person, not an adult. In the end, he “sacrificed” his own arm to lift up the final streamers so I could crawl to safety.

(I’ll just say it: If you space the streamers out a bit more, you’ve got a fun drinking game at your next adult get-together.) 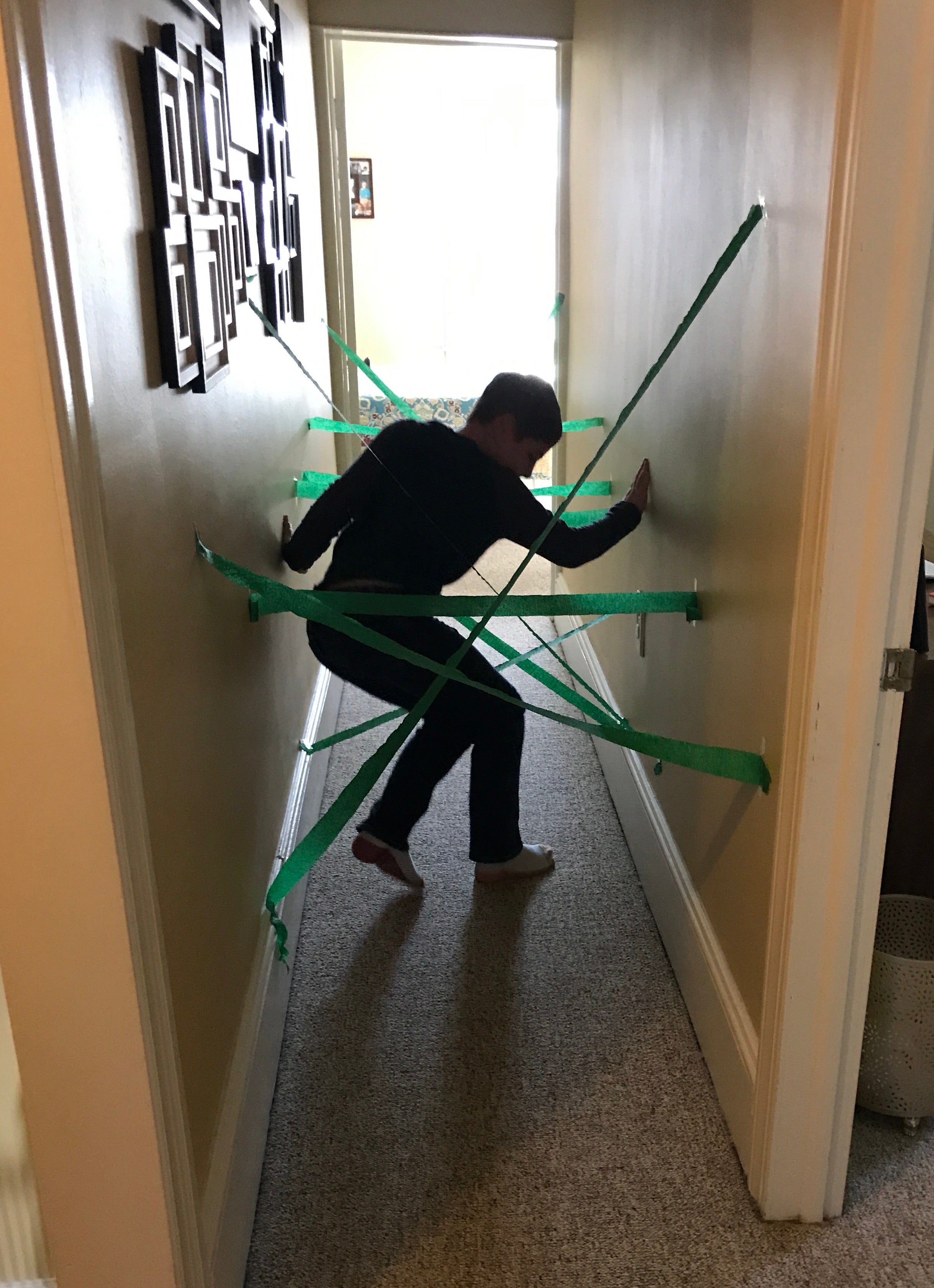 He went through the course several times and the tape and streamers held up fine. To tear them down, he ran through them, making some very dramatic “I’m-getting-zapped-all-over” kinds of noises.

In conclusion: It was a success.