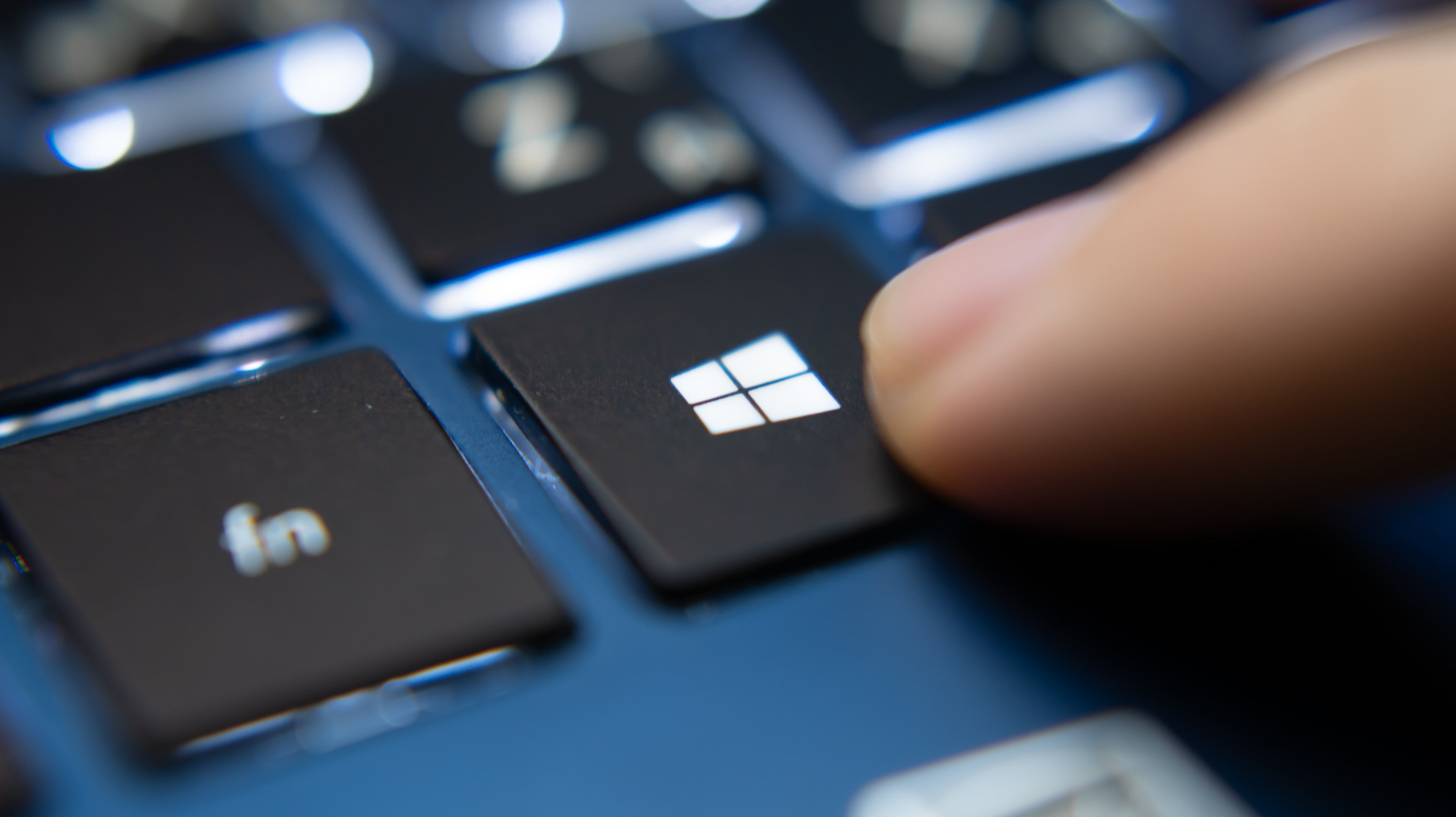 One of the biggest issues holding people back from upgrading their (really) antiquated copies of Windows 7 is app compatibility. If you have some super-specific application that simply won’t (or can’t) run on Windows 10, that’s as good a reason as any to stick with a less-secure operating system. It might not be the right move, but it’s a necessary move.

But you’re not doing yourself the biggest favour if you’re assuming your apps won’t work in Windows 10. It’s time to take the plunge—not to upgrade and hope for the best, but to try out Windows 10 and see if your everyday apps work as you expect them to. If they do, and your system’s hardware is good enough to run Windows 10, you owe it to your system’s security to switch over.

Key to this plan is finding a way to use Windows 10 without replacing your Windows 7 with Windows 10. And while there are a few options to use, I’m going to stick with one that works reasonably well: a free virtual machine.

(I had originally intended to write an article that showed you how to create a live USB version of Windows 10, which you could boot into and fool around with, but I couldn’t get this process to work at all. I tried WinToUSB; I tried Rufus. I tried messing with all sorts of BIOS settings. I eventually gave up, because if it takes me hours to troubleshoot this, it’s not something I want to recommend to you if there’s an easier approach.)

Why a virtual machine, and where do I get one?

You can download a free virtual machine of Windows 10 for a bunch of different platforms—VirtualBox, VMWare, Parallels, and Hyper-V (to name a few)—and it requires almost no setup on your part. It’s a fast, easy way to get some version of Windows 10 up and running on your system, and it costs you absolutely nothing to use. What’s not to love?

Well, one thing—performance. If you’re still sticking with Windows 7 from whenever you first installed it, odds are good that your system probably isn’t a top-of-the-line gaming rig. You need at least 1-2GB of memory just for Windows 7, and you’ll probably want an extra 1-2GB, at minimum, to run a virtualized version of Windows 10. You’ll also need an extra 20GB or so of space on your hard drive to store the secondary OS. And here’s hoping you have a reasonably speedy processor. But even if you don’t, that’s fine; as long as Windows 10 runs, that’s all you need to check whether a questionable app will even load or not.

Instead, browse on over to this other Microsoft site and grab the company’s virtual machine for Windows 10 enterprise. Don’t let the name throw you; it’ll come with lots of features that you don’t need. All we’re doing is checking for app compatibility, not trying to deploy Windows in a small-business environment.

You’ll also want to check that your CPU even supports virtualization to begin with; if it doesn’t, you can go ahead and cancel (or delete) those downloads. Pull up System in your Windows Control Panel, note which processor is listed, and do a quick web search to see if you can use it to run a virtual machine. (If so, you might also want to check your system’s BIOS to make sure you’ve enabled any and all virtualization settings, which might be off by default).

Setting up Windows 10 (Enterprise) in VirtualBox

Once your 16GB file finishes downloading, unzip the archive. You’ll now see a file that starts with “WinDev” and ends with the extension .OVA. Double-click it to load it in VirtualBox. You’ll see a screen appear that looks like this: 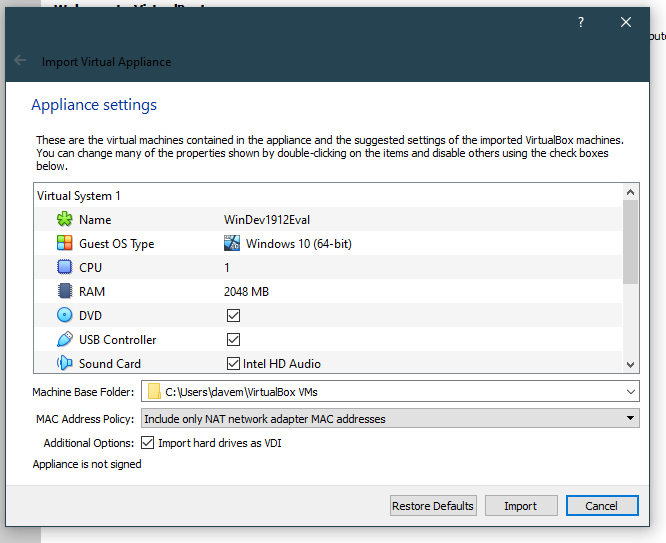 Click “Import” to get started, and go do something else while you wait for your system to chug to import the virtual machine you downloaded. Once it is done, you’ll see the listing in VirtualBox’s primary screen. Highlight it by clicking on it, and then click on “Settings.”

There are plenty of options you can play with here. The most critical can be found in your System tab, where you’ll set how much memory your virtual machine should use (stick to the green portion of the slider) and how many CPU cores it should tap. These are generally the two most important settings for performance, and I like to give my virtual machine as much as I can without cannibalising the very system (my regular desktop) that’s running it. You’ll probably play with these values a bit before everything feels as good as it’s going to get.

You can mess with other settings, like setting up a shared clipboard between your host PC and virtual machine, as well as folder-sharing. I like to get right into things, which only requires you to hit the big green “Start” button on VirtualBox’s main screen. Once you do that, Windows should fire up, and you can begin to download (or copy over) any apps you want to test in Windows 10. Once you’ve finished your experiments, feel free to delete the virtual machine (and its data) to free up some space.