I Want To Upgrade Windows 7, But I’m Scared To Lose My Programs

Everyone’s talking about Windows 7 this week. And even if you have absolutely no interest in the inner workings of your PC’s operating system, your attention has no doubt been drawn by Microsoft’s twist: The company isn’t supporting Windows 7 with security updates anymore.

While you shouldn’t freak out and buy a brand-new Windows 10 computer out of fear, it is important for you to move to an operating system that will eventually be a lot more secure than the left-for-dead Windows 7. But one of the biggest reasons people will hesitate to do so is because they have programs that simply won’t work on more modern operating systems.

And to that, Lifehacker reader Donald writes:

“In reviewing your article about the free Window 10 upgrade, I have a question: Will I have to save all my programs on a disk, or will my apps come along for the ride?”

This is a great question, because app compatibility can be an issue when you’re trying to upgrade from Windows 7 to Windows 10. I confess, I haven’t done one of these upgrades in forever, because I always opt for a “clean” installation—one that wipes your drive of all data and installs a fresh, untouched version of Windows 10 with absolutely no third-party apps whatsoever. (I’ll get to why in a bit.)

Normally, the Windows 7 to Windows 10 upgrade process should bring all your apps along for the ride. However, there are cases where it might not—your apps might not appear, you might not be able to select the option to bring them along during the upgrade, or your upgrade might not even work unless you first remove apps that can’t make the jump to Windows 10 for whatever reason. 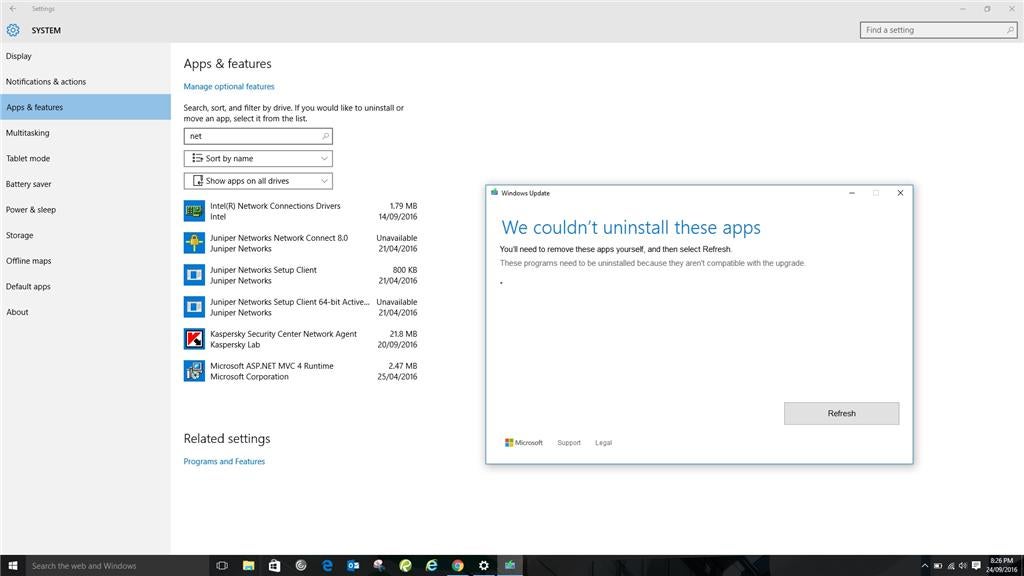 I suspect you’re likely to experience the first and third issues more often than the second. (If I’m right, that can happen if you’re trying to upgrade from one version of Windows, like Home, to something completely different, like Enterprise, which is a rarer case for most people.) The good news is that you’ll probably be prompted in some way that the upgrade process can’t (or won’t) carry them through to Windows 10.

This is why I recommend testing your critical apps in Windows 10 first, if you can, because you’ll at least get a sense of what will and won’t work in the modern OS. That way, when you upgrade, missing apps—or apps you’ll have to uninstall prior to upgrading—won’t be a surprise. You’ll be able to prepare for this eventuality.

I have a few other suggestions that might help you out. First, I’d pull up the Command Prompt, type in “wmic,” hit Enter, and then type this in:

Then, replace my c:\ location with wherever it is you want to save this .TXT file we’re about to create, and then hit Enter when you’re done. You’ll then get a handy list of all the programs installed on your PC, which you can use to cross-reference what’s still on your system when you upgrade to Windows 10.

(If you don’t like that option, you can also just run through your list of installed programs via the Windows 7 Control Panel and take screenshots. Save these somewhere, and then refer back to them when checking your new Windows 10 installation).

To bring this full circle, I recommend taking this step in conjunction with the backwards-sounding advice of running a clean install instead of an upgrade install. Here’s why. If you’re concerned about whether all of your apps are going to make it over to Windows 10, let alone work in Windows 10, you’re going to have to do a lot of spot-checking depending on how much stuff you’ve installed on your system. That’s going to take some time. Why not spend that time reinstalling only the apps you know you need, rather than checking to see if the apps are present and functional?

I’m willing to bet that you probably have plenty of stuff on your PC that you’ve forgotten about and likely don’t need—apps you used but now don’t, services you installed at some point and forgot about, old files, random data, junk, et cetera. Moving to a new operating system is a perfect time to start fresh, as it allows you to be very specific and precise about new items you let onto your precious, clean PC.

I’m not going to walk through the steps of doing that now, since we’ve covered this exhaustively, but I encourage you to consider it. It’ll mean a little extra legwork on your end if you have a ton of specialised apps you’ll need to reinstall, but at least the basics are super-simple to get up and running on your system. You’ll probably spend an afternoon reconfiguring Windows 10 to your liking, but I think the streamlined experience you’ll receive in return is worth it. (And you can always image your system after that to create a “barebones” version of Windows that you can reinstall later, if need be, which can save you a ton of setup time.)

Finally, I wholeheartedly recommend that you make a full backup of your Windows 7 PC prior to running the upgrade. Whether you image the drive or clone it is your business, but I’d copy every bit and byte of data in such a way that reverting back to your exact copy of Windows 7, in case of catastrophe, is an easy process. And I’d only do that if you find that there is absolutely no way, even with virtualization, to run critical apps that you had in Windows 7. You can never be too careful.