I know, I know; it sounds a bit sacrilegious if you just plunked down $2,800+ for a new 16-inch MacBook Pro, but we live in a day and age where kittens and puppies can be friends. And if you want to run macOS and Windows 10 on the same system, you should feel you can do that without upsetting the Apple gods (or fanboys).

At least, that’s the thought. However, if you recently tried to install Boot Camp on your recently purchased MacBook Pro, you were probably a little frustrated that you were unable to make it work. Your Mac, unfortunately, was too new, and drivers were not yet available to allow Boot Camp (and Windows 10) to run on it.

Apple has since addressed this problem and you should now be able to run Boot Camp Assistant without any issues. In fact, you don’t have to run a system update on your Mac or anything like that to get started. Just open up Boot Camp Assistant. That’s it. 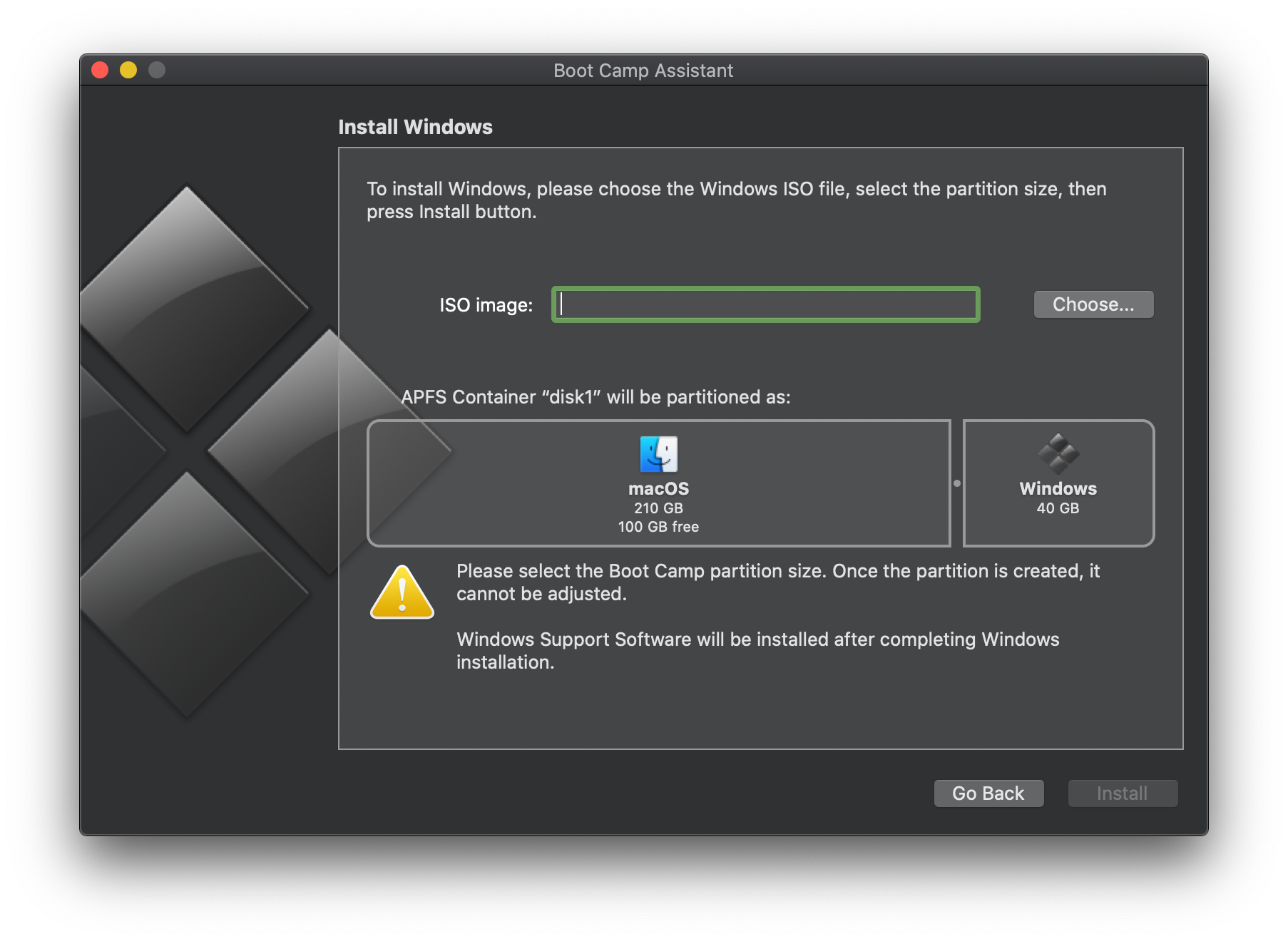 As part of the Boot Camp process, you’ll need to make sure you’ve downloaded an .ISO of the latest Windows 10 version, and you’ll want to make sure you have at least 40GB or so of free space on your drive for the new Windows partition.

Other than that, setting up Windows 10 on your MacBook is a pretty easy process. Don’t forget to hold down Option when you’re booting up your MacBook so you can quickly switch to one operating system or the other (or set your default startup disk for whatever you normally use via System Preferences).