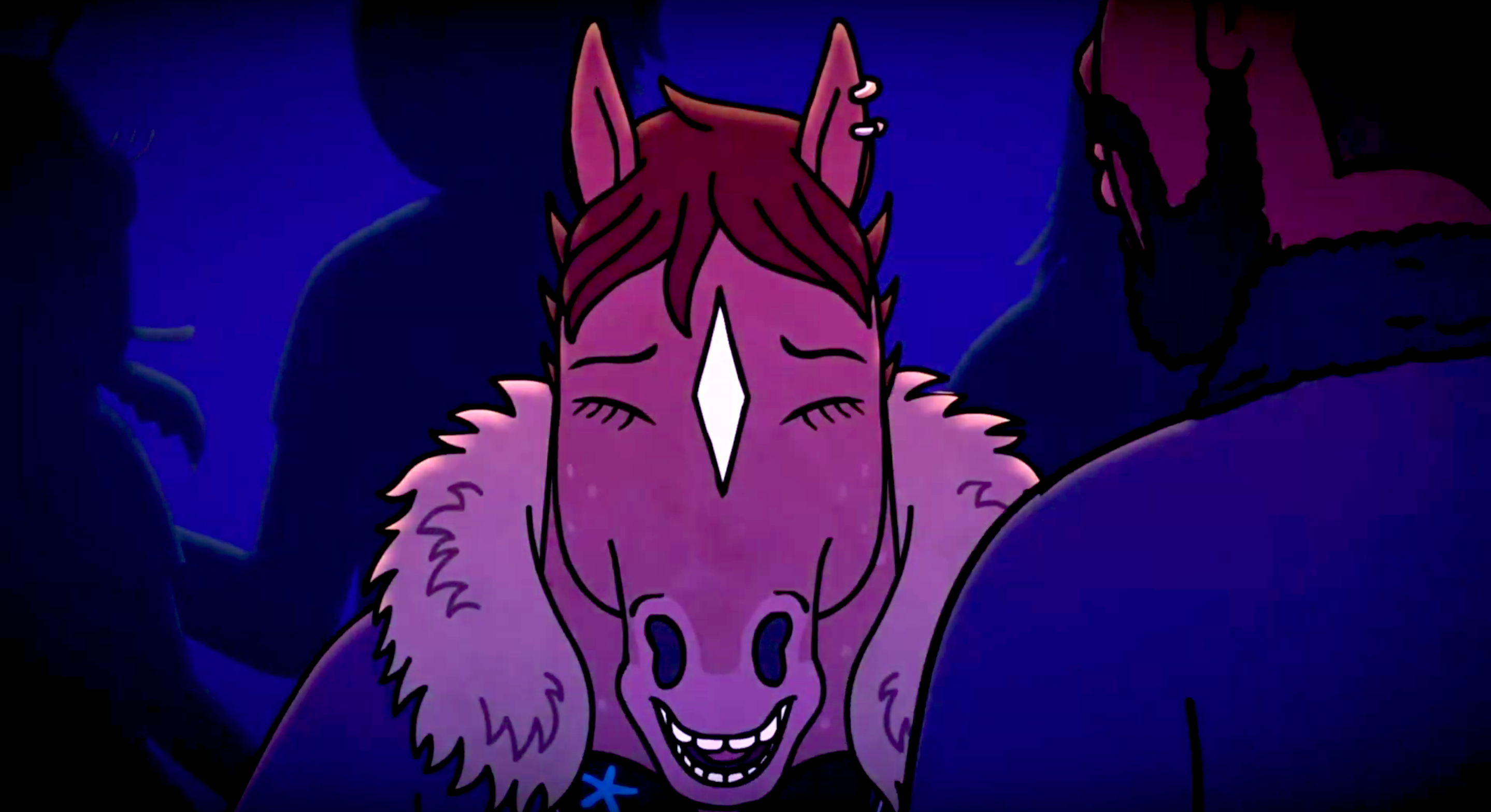 In the most recent episode of Bojack Horseman, Hollyhock (Aparna Nancherla) has a panic attack at a party. A guy named Peter talks her through it. “Look around the room and tell me what you see,” he says. Hollyhock names things—first the things giving her anxiety, then more and more mundane stuff in the room. “It’s a trick my psychiatrist taught me,” Peter says. “It’s supposed to help you ground yourself.”

It’s a real trick, one of many methods that can help you get through an anxiety attack or panic attack. It’s sometimes structured as the 5-4-3-2-1 technique: Name five things you can see, four you can touch, three you can hear, two you can smell, one you can taste.

(A word on terminology: Panic attacks are more unprompted and more immediate than anxiety attacks, but the two have overlapping symptoms and treatments. Some doctors see anxiety only as a longer-term phenomenon and avoid the term “anxiety attack” altogether.)

Psychologist Barbara Markway suggests a similar method to Pete’s in a 2014 article republished on Lifehacker: “Silently describe simple objects in your environment. For example, talk to yourself about the carpet. Sometimes it can help to make physical contact with an object.” By staying in the present, she says, you keep your anxiety from escalating, and distract yourself from your own physical symptoms.

There are many other methods to try during attacks, or in your regular routine to prepare for attacks. Plus you can help someone else get through an attack, like Peter did. You’ll find more coping methods in these Lifehacker posts:

So when shellshocked like Hollyhock, unlock: Take stock, gawk and talk, count schlock!