How to Resize a Rug Using a Utility Knife

Bose’s Frames Have Become the Best Part of My Workout

Catch the premiere of White Guys in Suits: Season One! (Photo: Mayor of Kingstown/Paramount+)

What’s New on Paramount Plus in November 2021

The Best LEGO Deals in Australia, From Football Stadiums to Alien Cantinas

Whatever smartphone you’re using, you’re bound to find similarities in features. That’s because like in fashion, there are trends, and Apple and Google are setting the bar. Both companies have major software updates dropping this week ” Android 10, respectively. Both updated platforms will usher in a variety of new abilities you’ll quickly find you can’t live without. (As long as you update your software, of course.)

After months of drip-fed information, alluring betas and a very sensible name reveal, Android 10 is officially available for Google Pixel smartphones - with other models soon to follow. </p> <p>It's a feature-packed update that every Pixel owner should download ASAP. Here's what you need to know. 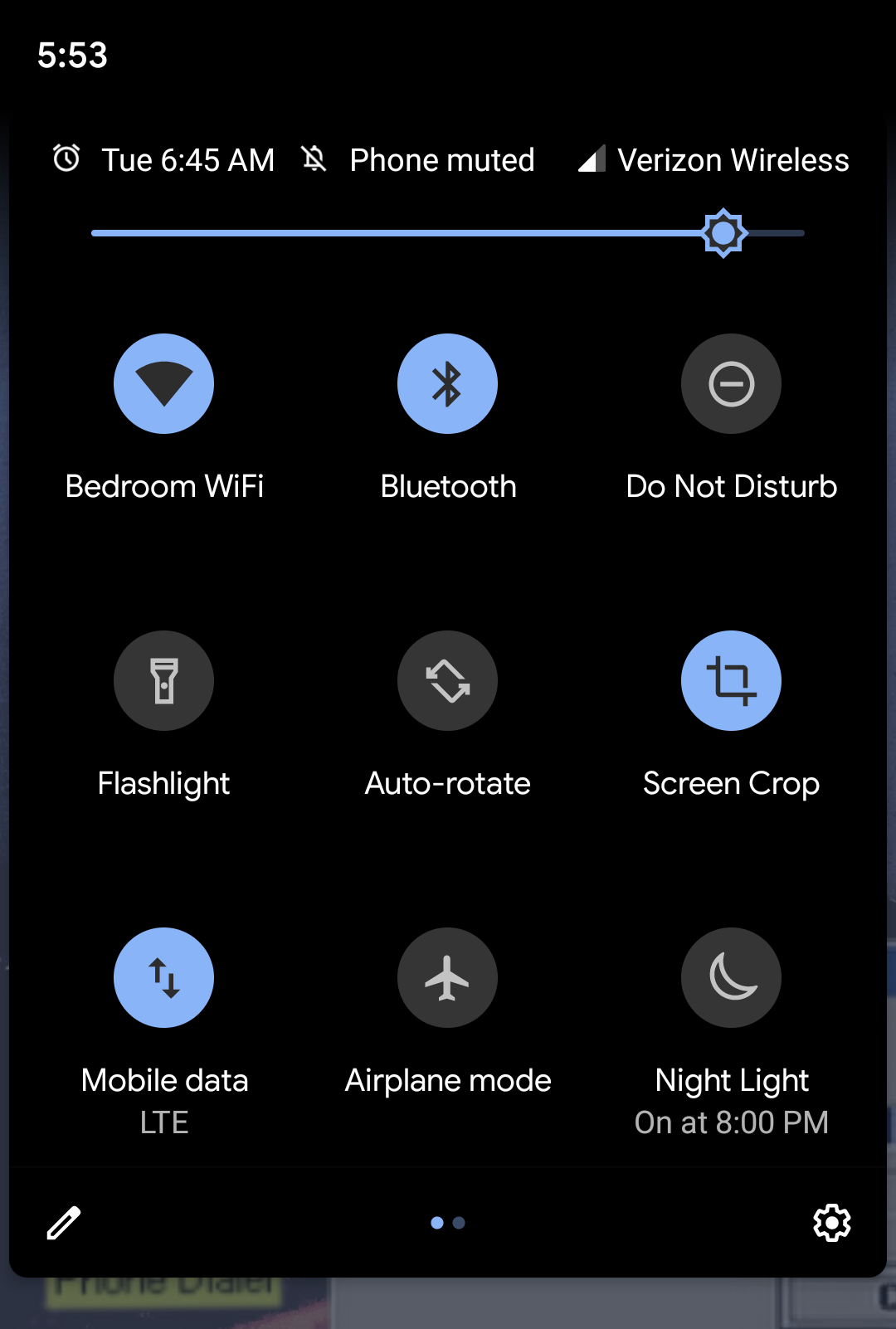 Developers of both platforms cheered in unison when Apple and Google respectively announced that there would be a dark interface coming to their platforms. That’s likely because there are many out there feeling burnt out by the brightness of their screens.

iOS 13 and Android 10 will come equipped with a system-wide dark mode. All menu screens, buttons, and fonts will adhere to a darker colour scheme, along with notifications panels and pop-ups, and the dock in iOS. All of Apple and Google’s first-party apps will support the feature on each of their platforms. 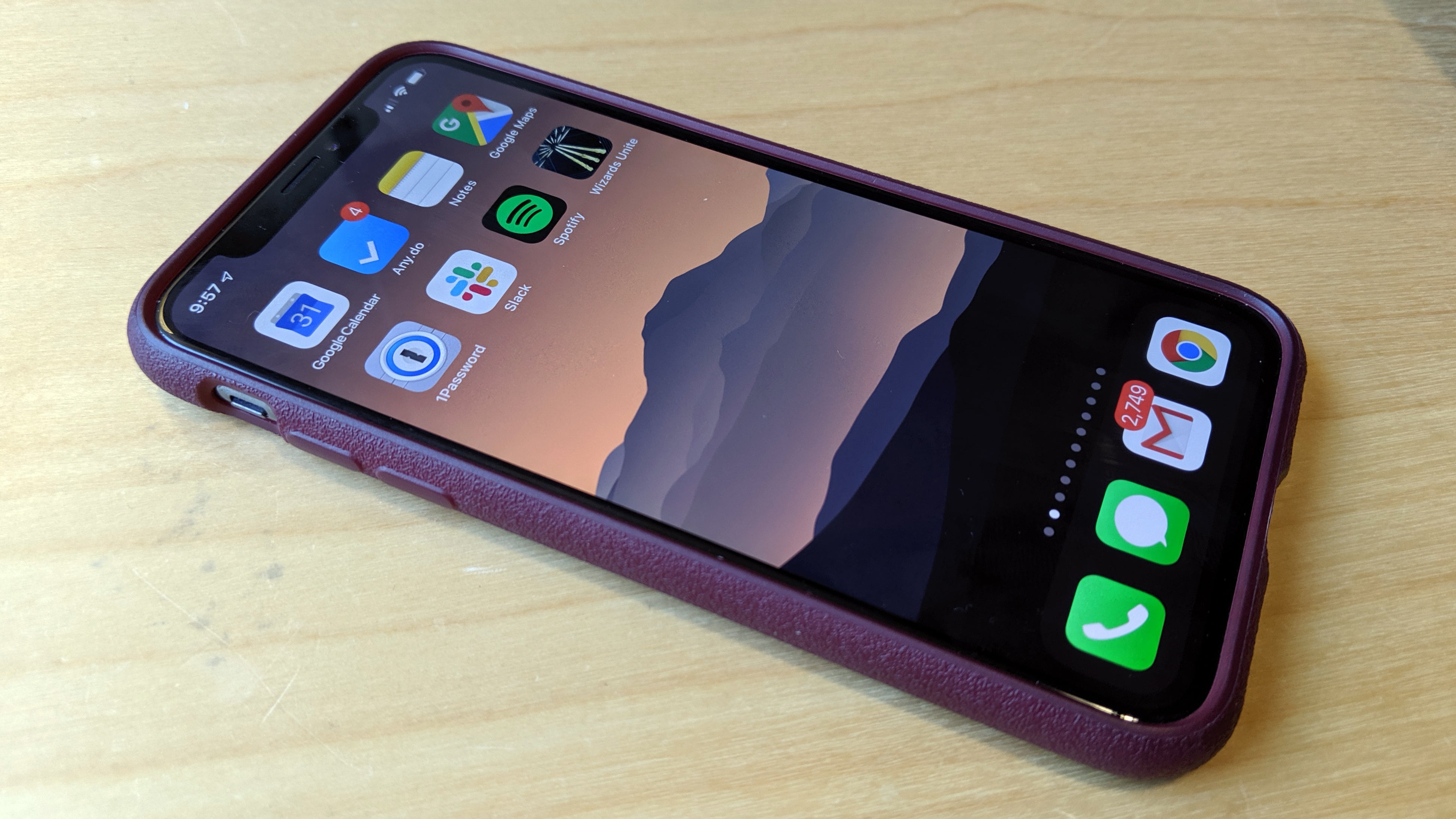 The Best IOS 13 Tricks You Haven't Tried Yet

Apple announced a revamp of the Reminders app in iOS 13. The app will feature new categories to help separate tasks by urgency, as well as a new AI-propelled feature that will remind you when it’s time to do the thing you planned to do.

Android 10 will already have this ability inherited through the Google Assistant app, which lets you start off a command with, “Hey Google, remind me to…”. And since it’s linked to the Assistant, the reminder will pop up on your phone, and from your smart speaker, and in your Chrome browser (though only if you want it to). 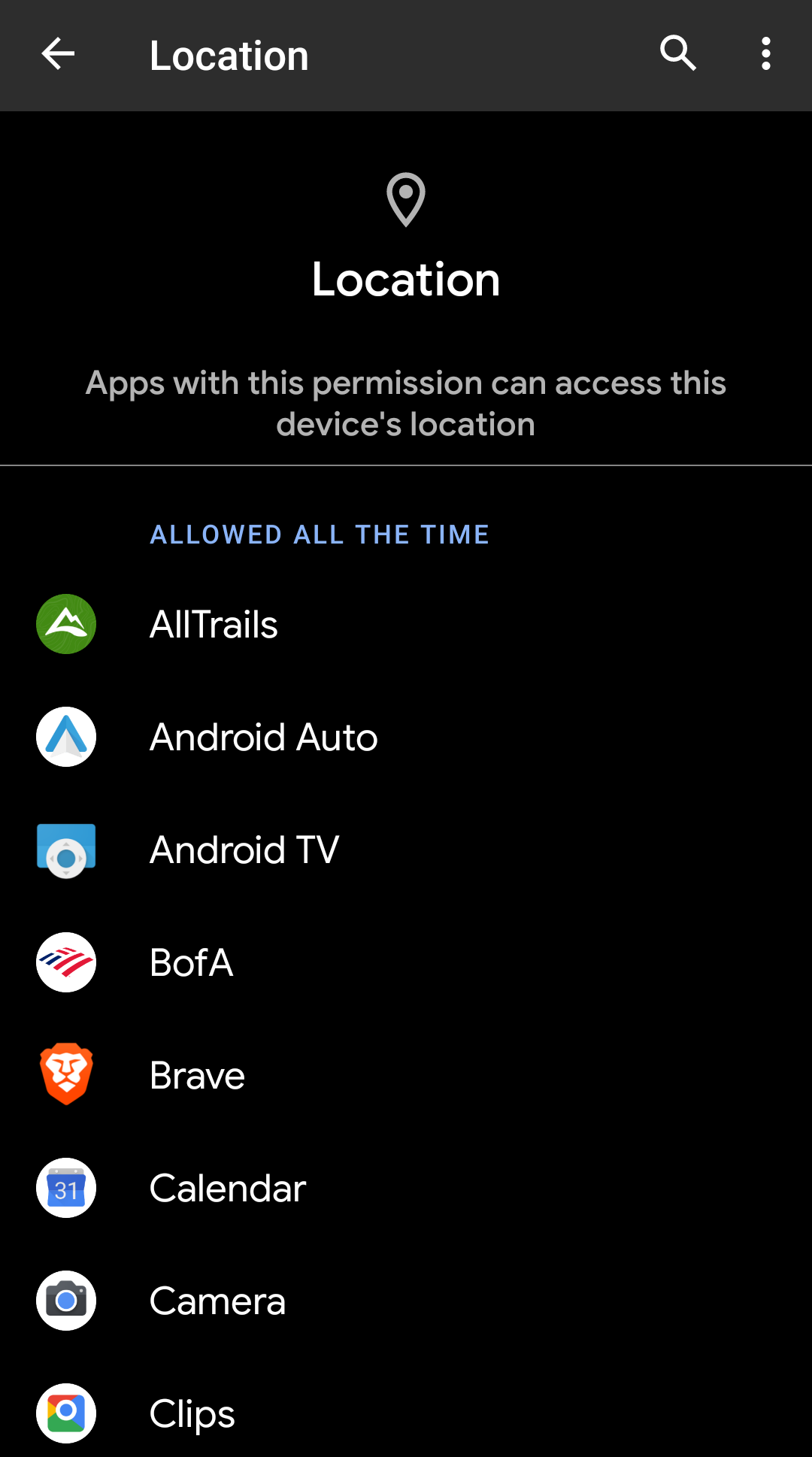 Both Android Q and iOS 13 are getting their own version of robust permissions settings. (Screenshot: Florence Ion)

At I/O, Google announced a heaping of features coming to Android 10 (then code-named ‘Android Q’) related to privacy. We won’t know the extent of them until the software is final, though in the latest versions of Android you can already adjust individual permissions by the app.

iOS 13 will have similar abilities where you can choose how often to give your location data to a particular app, so it’s not pinging when you’re not using your phone. In a one-up move on Google, Apple also introduced the “Sign in with Apple” feature, which will let iPhone users create new accounts and log into them using Face ID. Apple accounts will also be able to create throwaway email addresses for different apps, helping cut down on spam in your inbox.

How To Download The iOS 13, macOS Catalina And iPadOS Public Betas

The public betas for iOS 13, macOS Catalina, iPadOS and tvOS 13 are all now available. Here's a quick recap of how to sign up, and what testers can expect from these beta builds.

iOS 13 will have its own version of Google Maps

Apple Maps is finally getting the Street View it deserves, except that it’s called Look Around. It works similarly to the feature in Google Maps, allowing you to pan around, take a walk down a virtual street, and scan for monuments.

There’s also a Share ETA feature coming to iOS 13. Like the option in Google Maps, you can send out a link to a friend to temporarily follow along your route, until you get to your destination. Unfortunately, it’s unlikely sending a link from Apple Maps to your Android-using friend will work, as the app is not available in the Google Play Store.

Read more
” excerpt=”Android 10 ” formerly Android Q ” is starting to roll out to compatible handsets. Whether you have it or are waiting to get it, here are all the major features and changes worth knowing about.”] 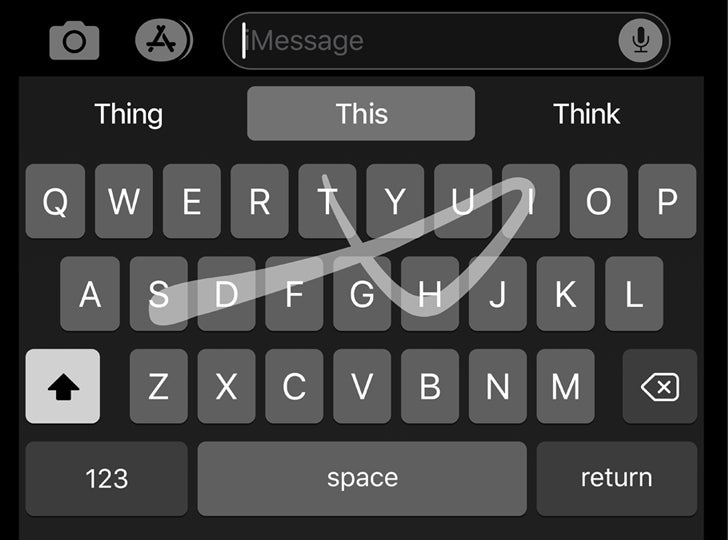 Swipe typing, where you use your thumb to swipe across the keyboard and pray the prediction engine catches your gist, isn’t new to the iPhone. But in iOS 13, the ability will become native. Apple named its version Quick Path.

Google’s Gboard keyboard app (also for iOS) has already had the feature for years, not to mention third-party apps like SwiftKey and Swype. At least now you won’t have to download an app to enable it on the iPhone. 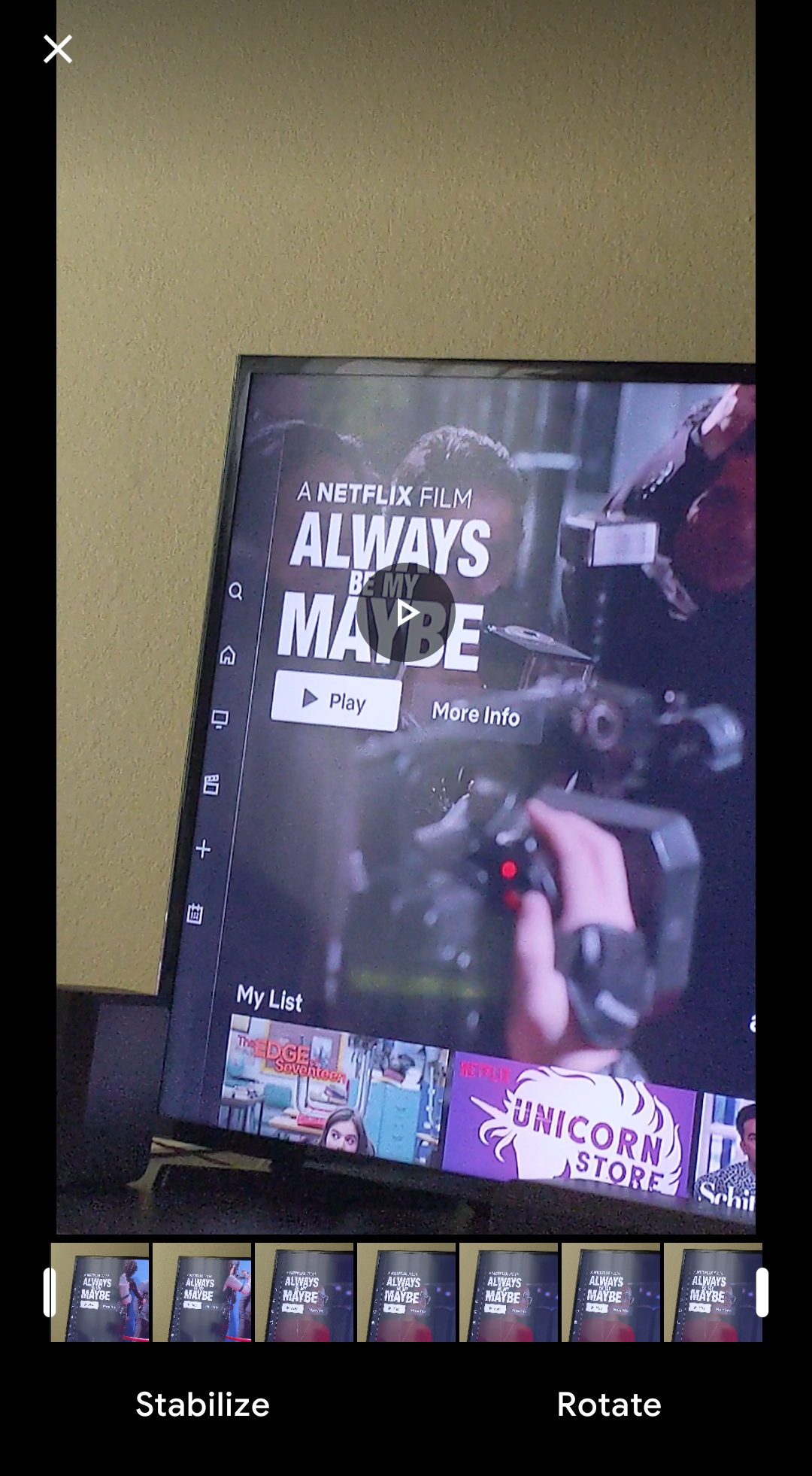 Google Photos can already facilitate in rotating your video for you. (Screenshot: Florence Ion)

iOS 13 will include new editing tools for photos and videos. You’ll be able to edit elements like brilliance, shadows, highlights, contrast, saturation, white balance, sharpness, and definition. There’s also a vignette and noise reduction feature. And for quick edits, videos can be rotated from the Photos app.

Android 10 has similar editing prowess for photos and videos by way of Google Photos. The app lets you crop and tweak photos and trim videos that are too long for social media.

Now that we have an official name for Android Q, we're getting very close to the official release of the new operating system. It's definitely hitting soon, but with an important caveat

This is not likely to be something you see advertised in a TV commercial. One outstanding trend in the mobile world is the idea of shrinking data so that it can be stored locally to help reduce reliance on the cloud. Apple and Google, in particular, have figured out how to compress gigabytes of files into mere kilobytes of data”a true technological feat. It’s not something we’ll immediately notice when we pick up an iPhone or Android phone. And in fact, that’s entirely the point.