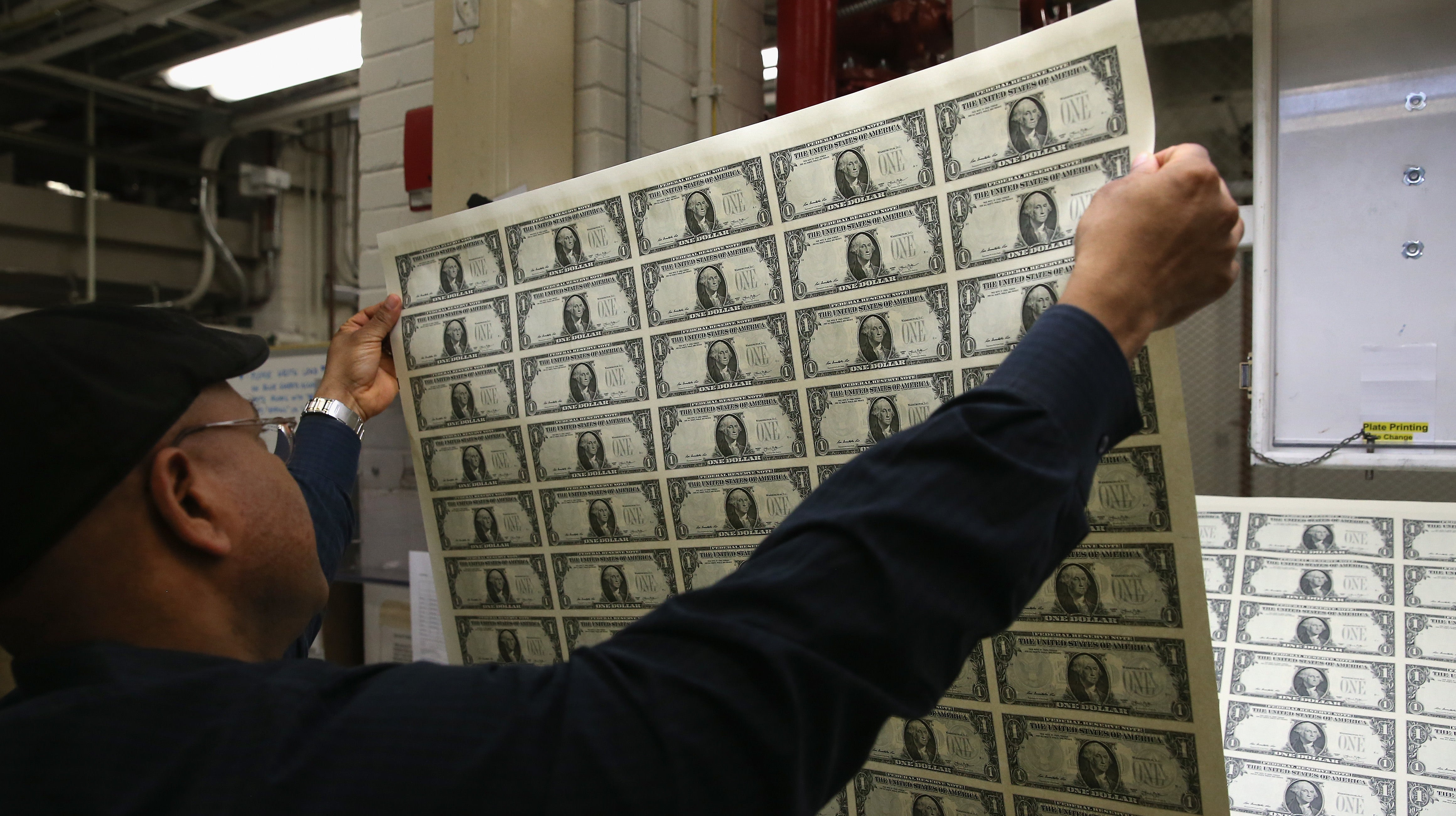 The U.S. federal deficit is expanding faster than originally anticipated. The Congressional Budget Office said last week that the annual deficit will exceed $US1 trillion in the next fiscal year, which starts in October. Over the next decade, the federal deficit will expand by about $US800 billion more than previously predicted, the CBO noted. This could have ramifications not just in the US but globally. Here’s what you need to know.

If you’re following along in your “Debt Is Bad” textbook, then you know that a gigantic federal deficit is not great. The current/growing deficit is due in part to spending (on defence and Medicare, in particular) along with the 2017 tax cuts.

Whenever there’s a deficit, it gets added to the national debt, which the Wall Street Journal reminds us is the amount of past and present deficits combined. The last time the deficit topped a trillion was in 2012. The last time we had a government surplus was way back in 2000-2001.

What the deficit could mean for a down economy

“In a good economy, we should see the deficit go down. Instead we’re seeing the deficit balloon, and in an economy that’s good but could take a turn,” NBC News’ Stephanie Ruhle explains.

The updated deficit numbers are particularly concerning to economists because of recent discussion of an upcoming recession, the Washington Post explained. The government would have a “shortage of tools” like tax cuts or interest rate reductions to fall back on, as it has in previous economic downturns. If there’s anxiety among policymakers about going into further debt as a nation, it may be harder for President Trump (or whomever else may land in office) to push through any sort of stimulus plan like the one we saw about 10 years ago.