Interview Your Kids On The First Day Of Each School Year 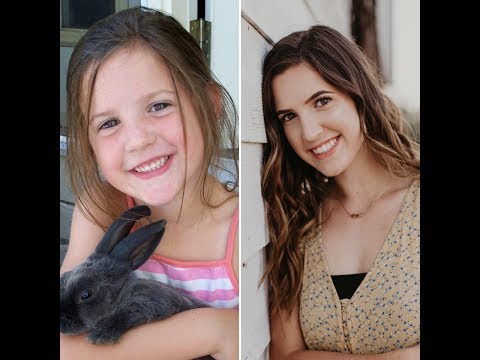 There’s something so hopeful about first-day-of-school photos: clothes look a little brighter than usual (possibly because you’ve ripped the tags off just an hour before), backpacks seem massive enough to topple your children right over and if you’re especially creative, chalkboards or whiteboards display a sweet little interview to capture this moment in time. (When asked what she wanted to be when she grew up, a friend’s daughter put down “singer of giraffe songs,” which is clearly the best job ever).

But this year, why not take the tradition a step further? A dad named Kevin Scruggs posted a YouTube video titled “13 Years of First Day of School Interviews.” His project was simple: Each year, after his daughter Madison’s first day of school, Scruggs recorded her answering some questions about it. He then edited all the videos together into a three-and-a-half minute compilation.

Scruggs doesn’t seem to stick to a script for most of the interview, asking his questions based on his daughter’s age, from “Do you want to go back?” and “Did you have any homework?” to “What did you do for lunch?” and “What’s a cool thing that happened today?” It’s casual and off-the-cuff — sometimes Madison appears to be on the family room couch and sometimes, she’s eating ice cream.

The only seemingly planned bit we see is at the end, where Scruggs wraps up with a “Love you, Madison.” The video then moves backward, from senior year to kindergarten, compiling all the “love yous” back-to-back. You see this young woman revert to the sweet little girl she was, her perfect teeth disappearing behind braces, the braces coming off to reveal too-big adult teeth, which morph into tiny, perfect baby teeth.

“I thought it would be cool when they graduate to them to see their whole career in one short clip,” he tells Good Morning America. “I wanted to have something to remember.”

As your kid heads back to school, make a video interview part of your tradition. Keep the video in a special folder on your computer or phone, and save subsequent videos there, too. When graduation time comes, splice the clips together using your video editor of choice (beginners might try Kapwing).

Even if your child is past kindergarten or first grade, it’s never too late to jump in, hit “record” and start the conversation.