How To Make Grilling Healthier 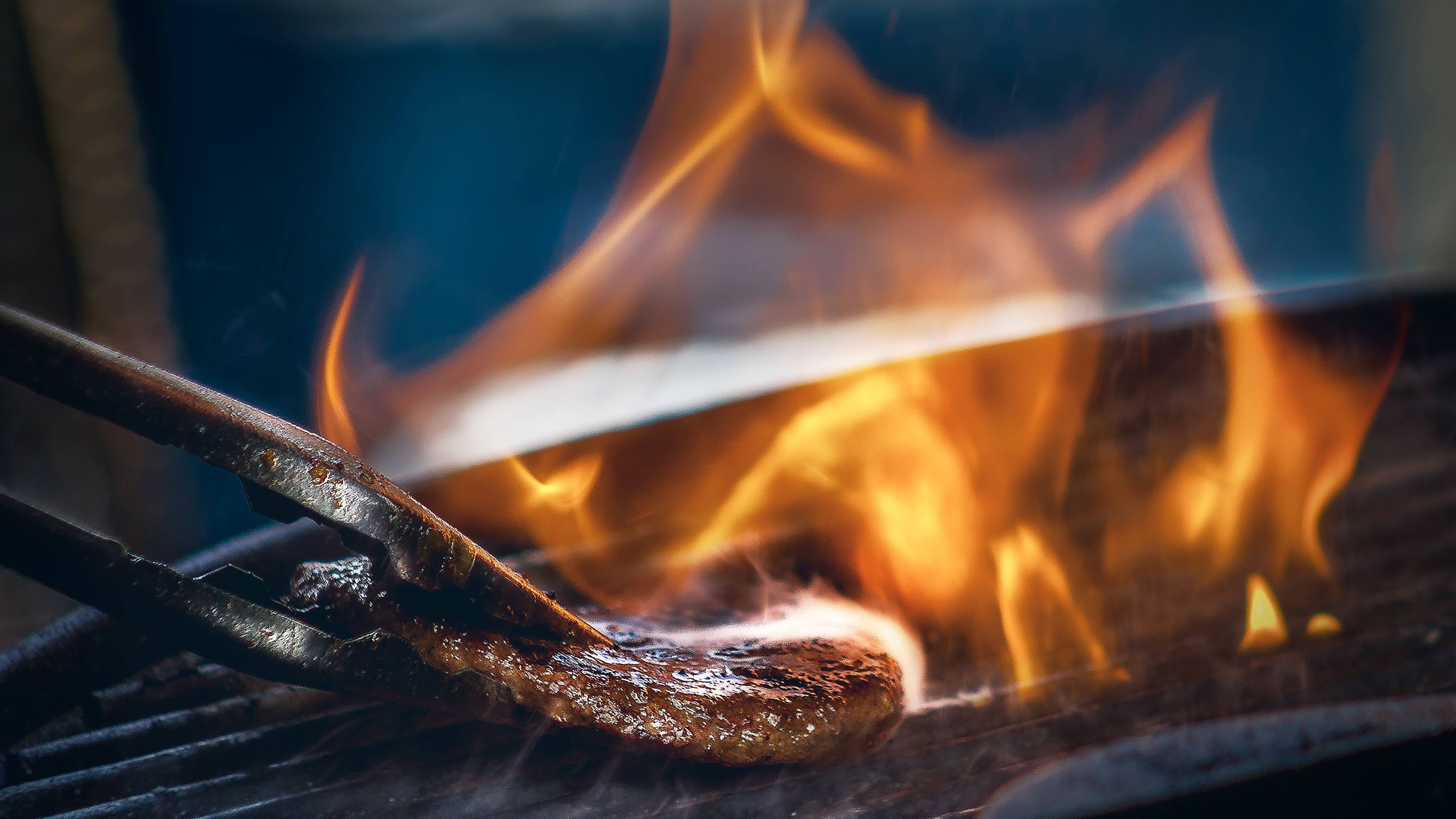 There’s something so satisfying about food made on the grill. You get to cook it outside on your own controlled version of a campfire, without the hassle of actually having to camp – and in winter, it’ll warm you right up. If you’ve paid attention to the news lately, you might have heard that grilling may increase cancer risk. But before you throw out those perfectly good steaks, chops or burgers, let’s talk about the actual risk and how to mitigate it so you can enjoy all your future barbecues.

A lot of these local news segments would lead you to believe that eating one grilled sausage will give you cancer, but it’s a lot more nuanced than that. According to the U.S. National Cancer Institute (NCI):

Heterocyclic amines (HCAs) and polycyclic aromatic hydrocarbons (PAHs) are chemicals formed when muscle meat, including beef, pork, fish, or poultry, is cooked using high-temperature methods, such as pan frying or grilling directly over an open flame. In laboratory experiments, HCAs and PAHs have been found to be mutagenic—that is, they cause changes in DNA that may increase the risk of cancer.

You can think of it like alcohol: We know that drinking can increase the risk of some types of cancer, but it’s still something many people can enjoy safely and moderately.

Also, according to the NCI, HCAs are not found in significant amounts in foods other than meat, like delicious grilled veggies or cheeses, cooked at high temperatures.

We should also point out that the studies establishing a clear link between HCAs and PAHs and cancer risk were conducted in rodents. Population studies on humans, however, have not established a definitive link between HCA and PAH exposure from cooked meats and cancer, according to the NCI.

In other words, it’s something you want to be aware of, but probably shouldn’t panic about. Having said that, there are ways to reduce the amount of HCAs and PAHs while grilling, which it can’t hurt to try.

How to make grilling healthier

The American Institute for Cancer Research (AICR) and NCI have both issued guidelines with a few tips for making grilling meats healthier. While these tips come from the U.S. they’re still just as relevant for our Australian audience. Here are a few:

PAHs are generated by the smoke during the grilling process, the AICR notes. By pre-cooking the meat, thereby reducing the amount of time it is spends exposed to a flame, you can reduce the amount of PAHs you create and ingest. Depending on what you’re making, you can pre-cook it in a microwave, oven or stove. But when using this method, make sure you put the partially cooked meat on a preheated grill right away, so bacteria and other food pathogens don’t form in the meantime.

Use a low flame

HCAs and PAHs love super-hot temperatures and flare ups, so cooking meats over a lower flame is another way of making the food safer. Regardless of the type of meat, cooking it at high temperatures, especially above 150 degrees Celsius, like when grilling or pan frying, means more HCAs are likely to form, according to the NCI.

You can also reduce flare-ups by keeping fat and juices out of the fire, the AICR says. One way to do this is to cut visible fat off the meat. You can also move the coals to the side of the grill and then cook your meat in the center of the grill. Finally, cut off any charred sections of the meat before eating.

Not only are marinated meats delicious, they can also make grilling healthier. According to the AICR, studies have shown that marinating meat, poultry or fish for at least 30 minutes can reduce the formation of HCAs. In fact, marinating the meat appears to have a bigger impact on reducing HCA formation than reducing cooking temperature.

Specifically, you’re going to want to use a marinade that includes vinegar, lemon juice or wine, along with oil, herbs and spices. Researchers are still figuring out exactly how these marinades help lower HCAs, but it’s possible that compounds in these ingredients are responsible. Plus, it’s delicious.

Constantly flipping meat being cooked on a grill can substantially reduce HCA formation, compared with just leaving the meat on the heat source and not turning it over, the NCI says. Grilling isn’t a set-it-and-forget-it cooking method.

So go forth and grill this weekend. And if you’re looking for recipes or other tips, we’ve got you covered.