I used to save my data on services forever, in case I ever needed to take a trip down memory lane, but I’ve recently found lots of relief and joy in purging my Twitter account of old tweets.

Will I ever miss some dumb thing I posted back in 2008? Probably not. Could someone search Twitter’s archives and tell me what a jerk I was about my old, inane tweets? Very possibly.

I’ve previously talked about my love for Jumbo, an iOS privacy-themed app that makes it incredibly easy to delete your messages from Twitter and clean up your presence on other services, like Facebook and Google. It’s still a great app. I fire it up about once a week, on average, to purge old tweets.

Jumbo’s creators have since added two new features to the app that make this process even smoother — one for backing up your tweets to the cloud before you delete them, and another for deleting your old tweets without any input from you whatsoever.

If you haven’t checked out Jumbo yet, now’s a great time to start. You’ll want to first create a Dropbox account, if you don’t already have one, as we’ll be using that to save your tweets (and images/videos) before deleting them.

How to save (and delete) your tweets 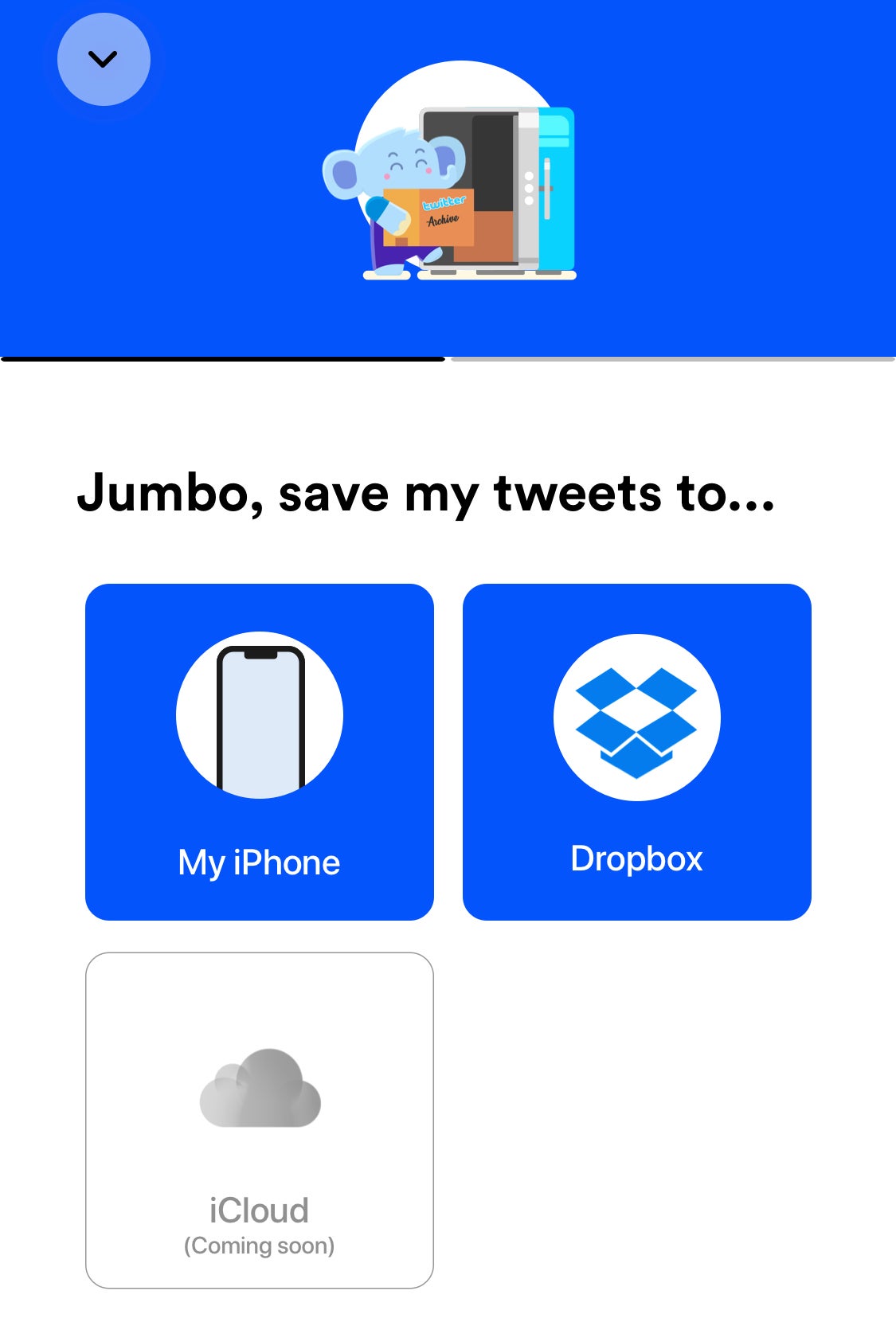 You’ll want to start by connecting your Twitter and Dropbox accounts to the app, which is pretty self-explanatory within Jumbo itself. In fact, as part of the process for connecting Twitter to Jumbo, you’ll be asked where you want to save your old tweets (if anywhere). Tap the Dropbox option, log into your account, and confirm any permissions you’re asked about.

If this is your first time using Jumbo, and you have a bunch of old tweets to purge, the process of synchronising them to your Dropbox account might take some time. And if you close the app, the sync stops, annoyingly. I’ve found it easiest to plug in my smartphone or leave it sitting on my wireless charger while Jumbo runs. Your device shouldn’t go to sleep; let it chug along until it’s done.

Once finished, you’ll see a brand-new folder in your Dropbox: “Apps.” Within apps is another “Jumbo” folder, and within “Jumbo” are the two folders you’ll care most about: “downloads,” which contains all of the media attached to any of the tweets Jumbo deleted, and “Twitter,” which contains .JSON files of the tweets themselves.

How to make sense of your tweets-turned-.JSON files

A .JSON file, short for JavaScript Object Notation, is going to look like a big gross mess if you try to open it up in a regular text editor: 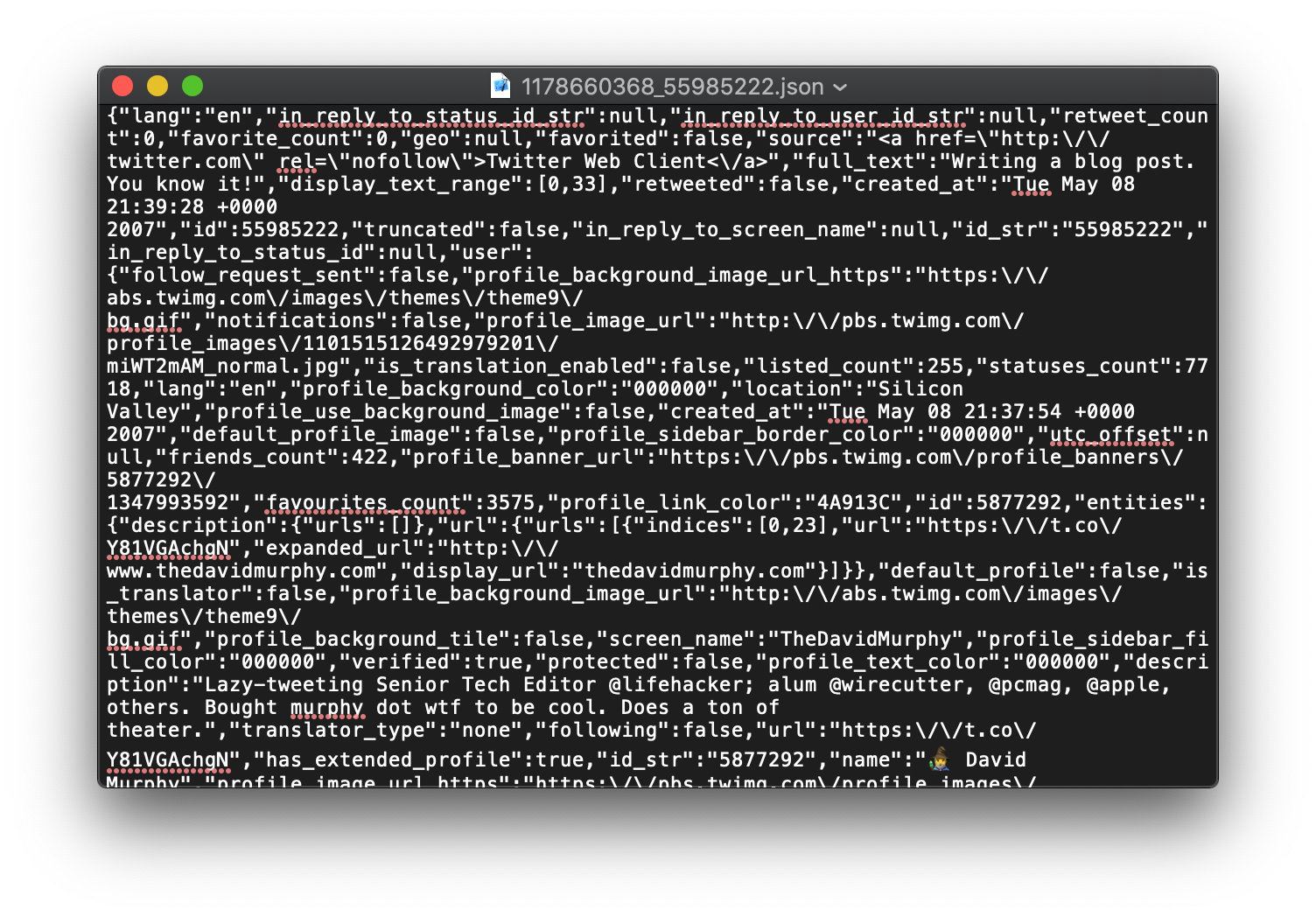 You can use an online tool like JSONmate to pretty it up a bit, or a tool like Code Beautify’s JSON to HTML Converter to transform all that text into an easier-to-read table. Generally speaking, I find these .JSON files nice to have, but I likely would not go through the motions of building a database to search through my old tweets unless it was critical.

All 10,109 of these tweets take up a mere 50MB of space. Keeping them around seems like a good idea in case you ever need or want to look up your past, but I doubt that’s high on your to-do list.

The media files, on the other hand, are gold. If you’ve ever published photos or videos exclusively to Twitter, you’ll now be able stash it elsewhere. (You could also dump your entire Twitter account via Twitter itself, but that doesn’t delete your old tweets.)

How to automatically save and delete tweets in Jumbo 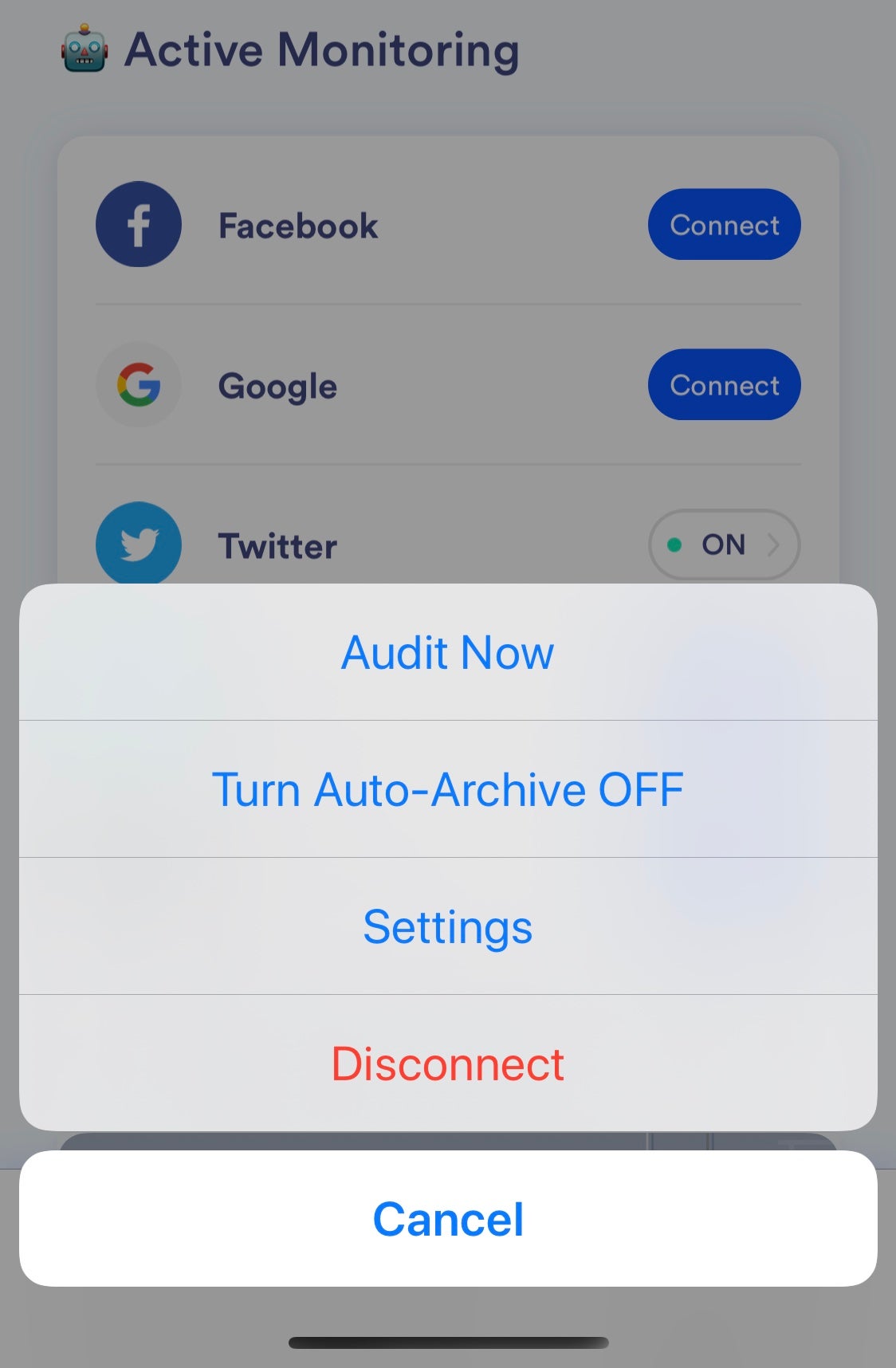 The second fresh feature you’ll find in Jumbo is a new way to start deleting and (optionally) archiving whenever you open the app. This saves you a tap or two, a great out-of-sight, out-of-mind technique you can use if you want to let ‘er rip while you’re in the bathroom, or going on your lunch break, or what-have-you.

To set it up, simply tap on the name of a connected social service under the Active Monitoring section within the app. A secondary menu will appear that will allow you to turn the Auto-Archive feature on and off.

Now, one confession about Jumbo. I’m running an iOS 13 beta, so it might just be me, but I find the the app can sometimes slow to a crawl. And this why I usually let the deletion/archiving process run when I have nothing else to do. This isn’t an instantaneous routine. It’ll take a little time to delete and save your tweets, so best to let it do it’s thing during those moments when you don’t need your iPhone for anything else.