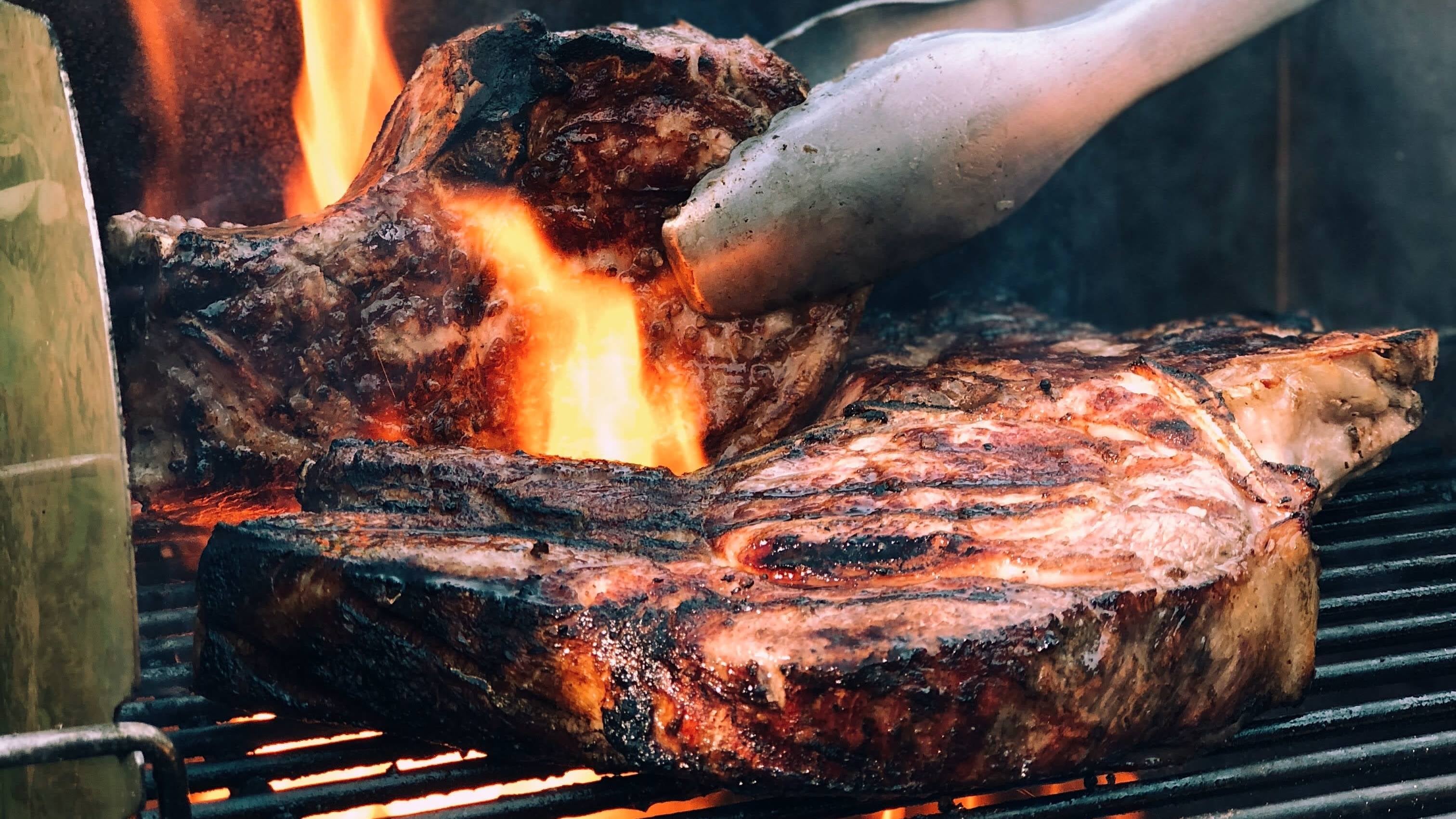 Parallel strips of golden brown goodness on chops and steaks may scream “summer cooking,” and fill you with a longing for the sun, but grill marks are, in fact, quite dumb. I don’t say this because my apartment-dwelling ways have left me lacking in the grill department. I say this because Meathead Goldwyn (undisputed Grill King) told me so, and because it makes sense.

If you think about what those grill marks are, you begin to see the light. Those dark, deep golden brown strips of colour show up once Maillard browning and caramelisation start happening, which means that’s where the flavour is and I’m assuming you want as much flavour as you can get.

The spaces in between the marks, as best described by Meathead, are strips of “unrealised potential.” (Of course, if you’re cooking thin slices of beef or pork, delicate seafood, or anything that will overcook before you get a uniform crust over the entire surface, grill marks are unavoidable and fine.)

To maximise the flavour in your meat, Meathead instructs us to flip often, and make sure not to set your steak down in the same place every time. As Goldwyn explains in this article on the subject, flipping every minute gives you a more even crust (that’s less likely to burn) and it cooks more quickly:

When the meat is exposed to contact with the hot pan it absorbs heat a lot faster than when exposed to hot air, which is not a good conductor. The molecules on the meat’s hot surface get excited and start moving around a lot raising the temp of the slower molecules closer to the centre.

Then, when you flip the meat, the surface cools a bit immediately so it is less likely to burn when you flip it towards the heat, but the molecules below the surface, are still jumping around and inviting their buddies to dance along with them. The same thing happens when the meat is over a hot flame. The process is essentially the same as when you are cooking with a rotisserie.

As an impatient, fidgety person who believes one of life’s greatest joys is a thick steak with a perfect, uniform, just-shy-of-mahogany crust, this is the kind of grilling that appeals to me. (And, if I’m being completely honest, I’ve always thought perfect, criss-crossed grill marks had a late 80s/early 90s sensibility.)

Myths: We Want Grill Marks, And You Should Not Flip Often | AmazingRibs.com