The modern Tesla is known for making modern electric cars, but the truth is the original Nikola Tesla made an electric car — and he did it all without batteries, way back in 1931. Or did he?

The problem is that most accounts of the car seem to come from the sort of websites that think perpetual motion machines are a great idea being kept down by a coterie of energy companies and space reptile Jews.

Our investigation seems to suggest that the car credited to Tesla probably didn’t actually exist. But the exciting thing is they likely could have, using technology Tesla was experimenting with.

The most commonly reported Tesla electric car was a converted Pierce-Arrow, from 1931. A version of the account of Tesla’s car is in the book Secrets of Cold War Technology – Project HAARP and Beyond, by Gerry Vassilatos:

Taken into a small garage, Dr. Tesla walked directly to a Pierce Arrow, opened the hood and began making a few adjustments. In place of the engine, there was an AC motor.

This measured a little more than 3 feet long, and a little more than 2 feet in diameter. From it trailed two very thick cables which connected with the dashboard. In addition, there was an ordinary 12 volt storage battery. The motor was rated at 80 horsepower.

Maximum rotor speed was stated to be 30 turns per second. A 6 foot antenna rod was fitted into the rear section of the car.

Dr. Tesla stepped into the passenger side and began making adjustments on a “power receiver” which had been built directly into the dashboard.

The receiver, no larger than a short-wave radio of the day, used 12 special tubes which Dr. Tesla brought with him in a boxlike case.

The device had been prefitted into the dashboard, no larger than a short-wave receiver. Mr. Savo told Mr. Ahler that Dr. Tesla built the receiver in his hotel room, a device 2 feet in length, nearly 1 foot wide, a[nd] 1/2 foot high. These curiously constructed tubes having been properly installed in their sockets, Dr. Tesla pushed in 2 contact rods and informed Peter that power was now available to drive.

Several additional meters read values which Dr. Tesla would not explain. Not [a] sound was heard. Dr. Tesla handed Mr. Savo the ignition key and told him to start the engine, which he promptly did. Yet hearing nothing, the accelerator was applied, and the car instantly moved. Tesla’s nephew drove this vehicle without other fuel for an undetermined long interval.

Mr. Savo drove a distance of 50 miles through the city and out to the surrounding countryside. The car was tested to speeds of 90 mph, with the speedometer rated to 120.

This same basic story comes up on many websites, some more reputable than others, but all have the same format. The person said to be taken for the ride is Peter Salvo, Tesla’s nephew (there’s no evidence he was), and the area is always around Buffalo, NY.

The story seems to have been first published in 1934 (New York Daily News, April 2, 1934 titled ‘Tesla’s Wireless Power Dream Nears Reality’) and has been more widely circulating since about 1967 — here’s an account from 1981.

So where did this electric car story come from, and why is it so persistent? I suspect the story is so resilient for several reasons, first and foremost being that Tesla has an almost god-like status among many people, especially people inclined to be at best, more open minded and imaginative, and at worst absolutely batshit free-energy crazy. 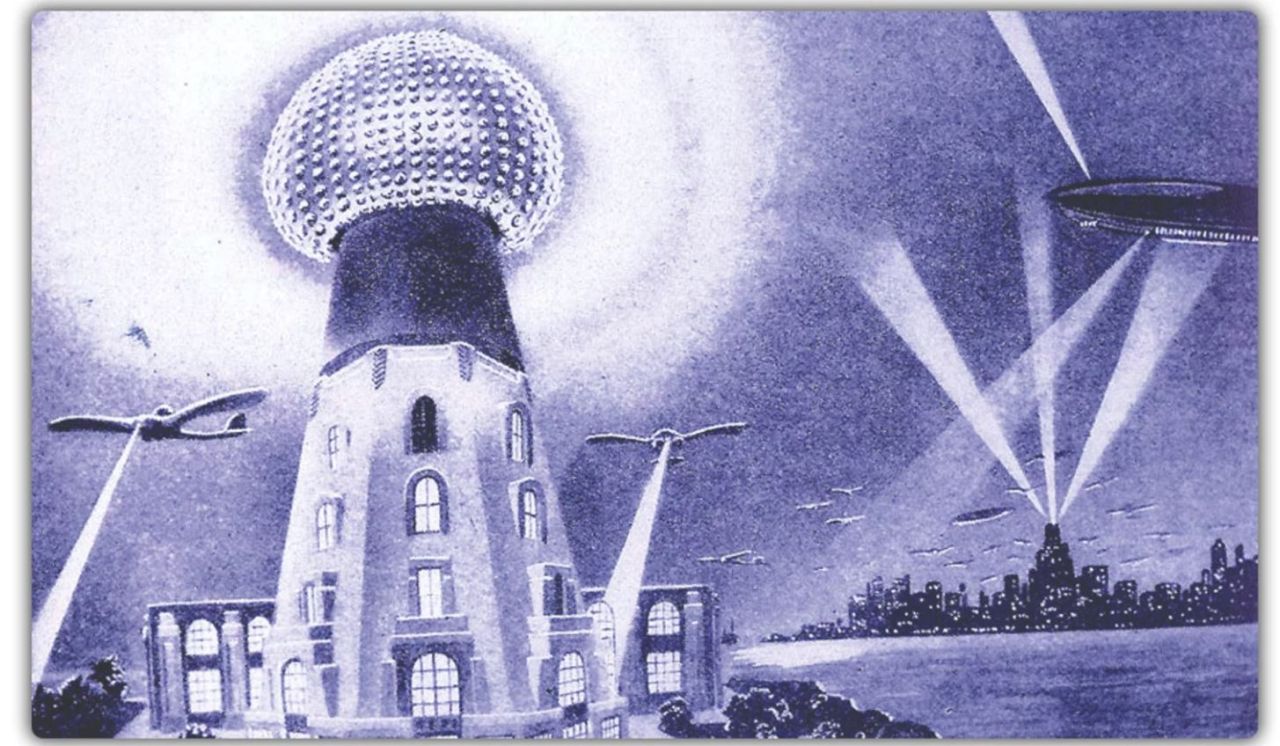 Such a system, if perfected, would in fact allow electric cars to operate without batteries. Ideally, it would allow anything to operate without batteries, as long as you were within range of receiving electrical broadcast power. If this had worked, and my telco got involved, however, I’d probably end up pushing my wireless electric car all over my stupid neighbourhood, based on the way they get a signal to my mobile phone.

So, if one reads the account in the context of a car driven by broadcast electricity, produced by more or less conventional means, and not a car driven by a Magic Black Box, then the story becomes much more interesting, because it is just possible that Tesla could have installed a receiver in an electric car (or car modified to be electric) that would have worked. There’s no actual hard evidence he did this, but electric cars did exist and he had already demonstrated the ability to broadcast electricity, so the pieces were certainly there.

Tesla did seem to have some reservations about wireless power to vehicles, as seen in this November 1922 interview in Radio News:

Question : Will not wireless transmission of energy result in time in the moving of practically all means of transportation with electrical energy from central power stations?

MR. TESLA : No, I do not expect that such will be the case, for the transportation systems now used present certain important practical advantages which cannot be disregarded.

Question: Will not automobiles, for instance, be operated merely by the operative “cutting in” on electrical energy supplied by wireless from power stations?

MR. TESLA : I fear we shall not live to see the wireless system in general use for this purpose. It is difficult to propel an automobile by the new method for reasons with which experts are familiar. Success can be much more easily achieved in the case of airships.

I wonder if the “reasons with which the experts are familiar” are “tunnels.”

So, it looks like the popular story of the batteryless Teslamobile likely aren’t true. But with batteries being the heaviest and most problematic component of electric cars today, Tesla’s research and ideas may be deserving of a rethink. Wireless power transmission technology is making something of a comeback recently, and you’d think electric car manufacturers would love the idea.

Aside from saving huge amounts of weight and solving the range issues, they’d be in a position to charge you a “power subscription” for your car. A wireless contract for your car — that’s got to get them excited.