My dog, Alice, is an RSPCA special. She’s a nearly 40kg mix of every medium-to-large working breed without any distinguishing traits. Alice is such a mongrel that she’s registered as a ‘mixed cross’.

Maybe Google Lens would be able to work out what breed she is. Its first guess was Dachshund/Corgi cross. That’s not right. We took Google Lens to the local dog park for further testing.

Google Lens is part of Google Photos, letting you use your phone’s camera or photos to identify things. One of the things Google Lens is meant to be able to identify is dog breeds. My dog may be too much for Google Lens to handle but that doesn’t mean the app isn’t up to the job.

We wanted to see just how accurate Google Lens is and that means taking many, many dog photos.

How To Use Google Lens' New Features

Google Lens, once a Pixel-only feature, is now a part of the Google Photos app (or a standalone Android download). During Google I/O this year, Google announced a number of new features for Google Lens, and you can play with them on both iOS and Android right now - assuming your device now supports Lens in its Camera app (or the standalone Lens app, if it doesn't). 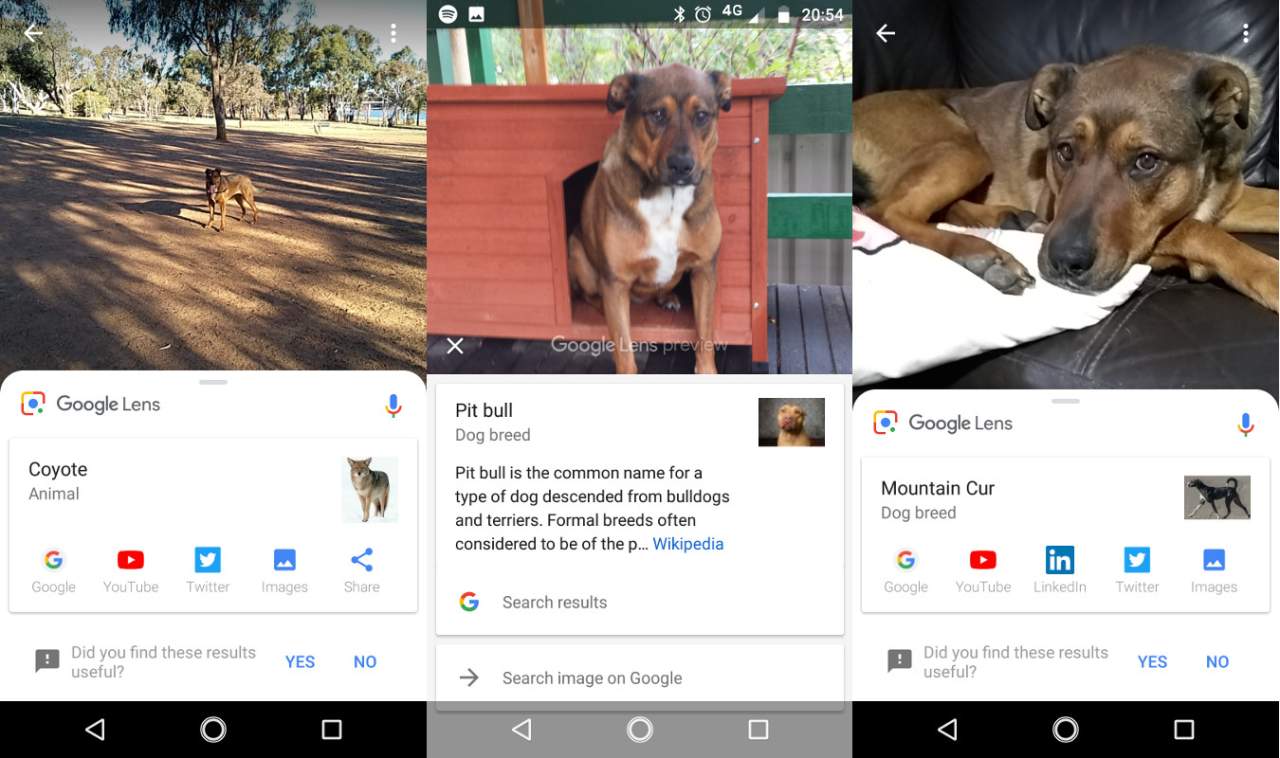 Alice is many things but I doubt she’s a coyote.

Throwing photo after photo of Alice at Google Lens kept giving different results. The only consistent breed amongst them was Mountain Cur, an American working breed that fits her general description of ‘large-ish working dog’.

These attempts at identifying Alice went wrong for a couple of reasons. First, some of the photos I was using were poor quality photos with poor lighting or focus. Those make it difficult for Google Lens to identify anything. It wasn’t a fair test.

Secondly, she’s a complete mongrel. If I don’t know what my dog is, how could I know if Google Lens had it right? 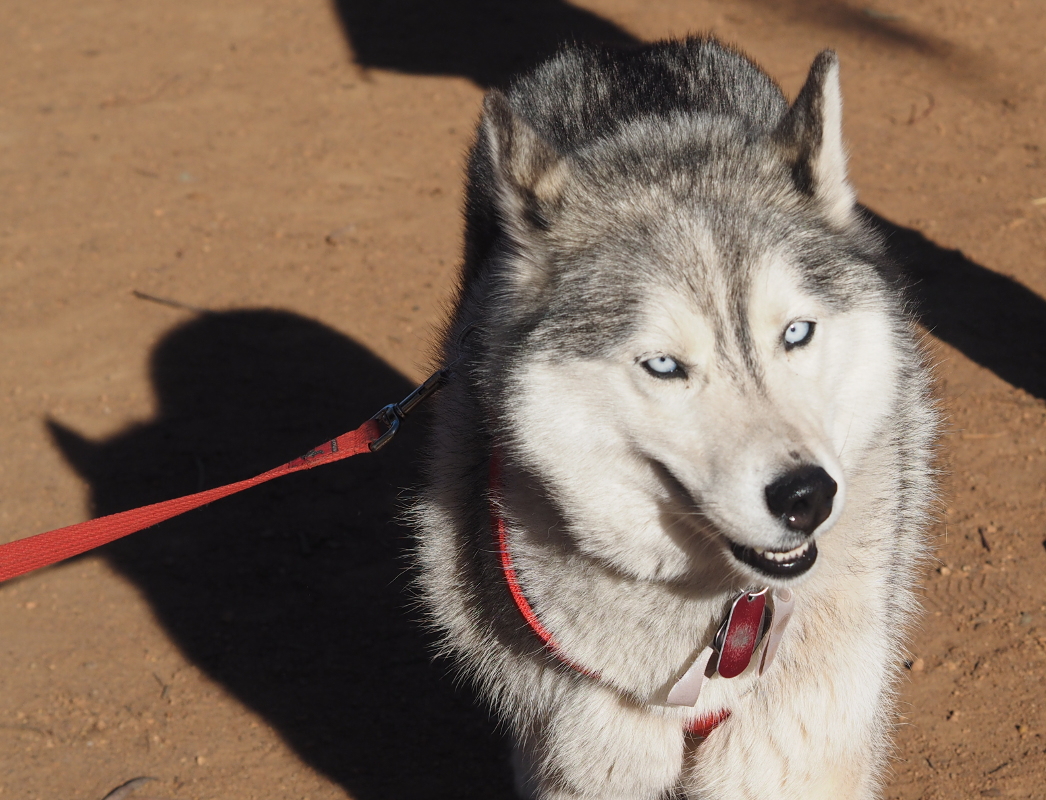 Yuki, Queen of the Dog Park

The only way to give Google Lens a proper chance was to take it down to the local dog park and see if it could identify the dogs running around there.

Yuki was the first dog put under the lens. With her bright blue eyes and magnificent coat, Google Lens had no issues correctly declaring that she’s a Siberian Husky.

A far better start than I had had in my backyard. 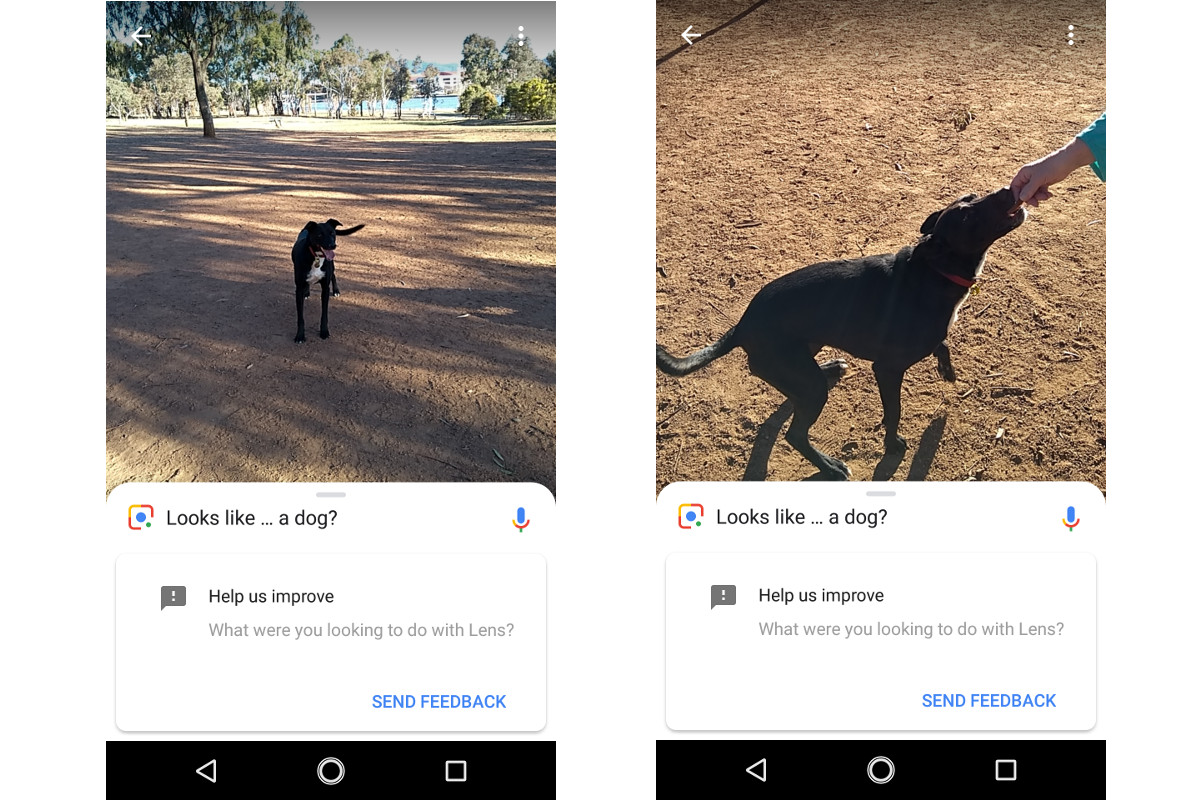 Tass is a lovely dog, even if Google Lens is afraid to guess what breed.

The next two dogs we took photos of proved a bit trickier for Google Lens. Google Lens was baffled by Oskar and Tass, very dissimilar looking kelpie crosses. When trying to identify the energetic Tass, Lens could only offer up “Looks like … a dog?”

You tried, Google Lens. You tried. 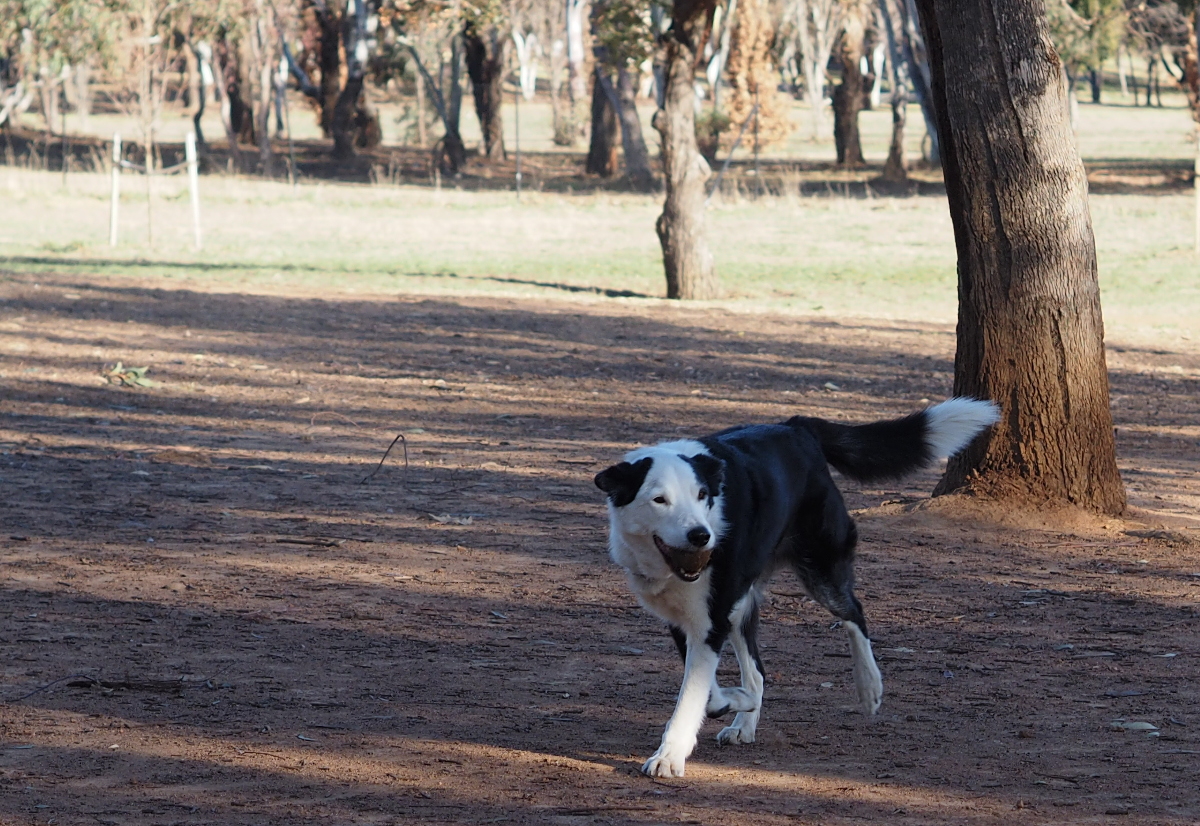 Patch is a good old soul and a Collie to the core.

Google Lens did seem to fare better with the more common purebreed dogs. It was able to correctly identify a Border Collie, Cocker Spaniel and Staffordshire Terrier without any fuss.

It had no issues picking out a Labrador/Retriever mix either. Although that one was a lot easier as the big goof obsessed over a slobbery ball. 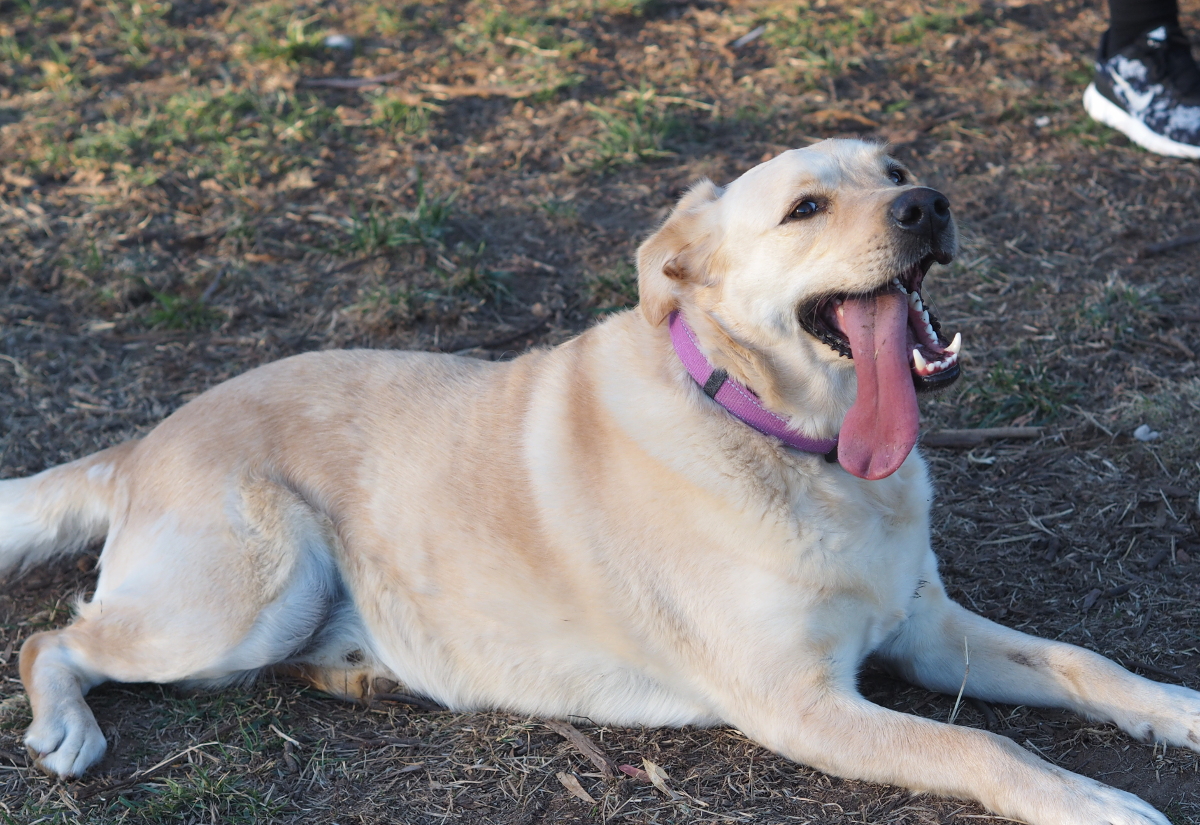 A rare shot of Spencer without his drool-coated ball.

Less common breeds were trickier, as the pair of Havanese dogs that were excitedly trying to get my attention proved too difficult for Google Lens. Both Rufus and Harvey were only identifiable as different types of poodle crossbreeds.

It came close with Bea, a German Pointer that was identified as either an Italian or Turkish Pointer. 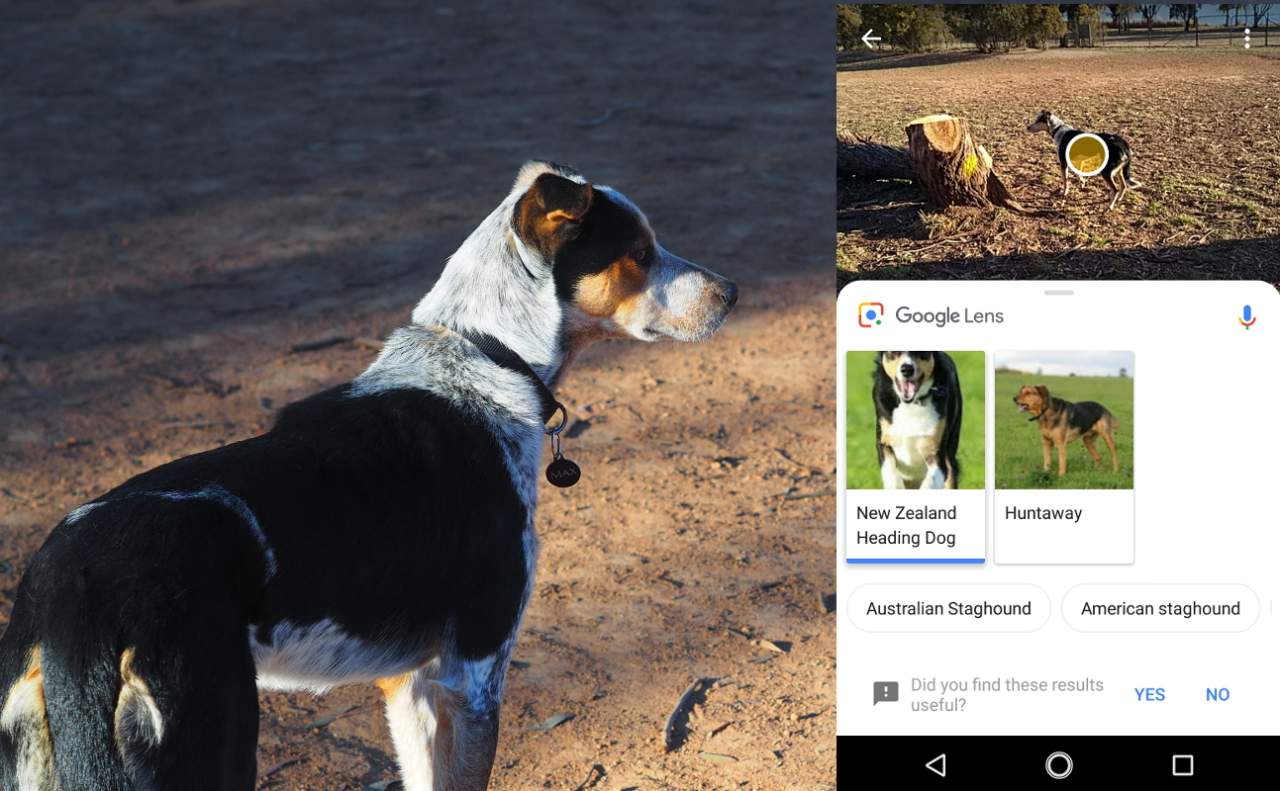 A young Blue Heeler/Kelpie cross named Max was either a New Zealand Heading Dog or Huntaway according to Google Lens. Another attempt to identify him came up with Eurohound as a suggestion. New Zealand Heading Dog is a reasonably close guess at Max’s breed, with his slight frame and colouring looking remarkably similar to the sample image Google provided. 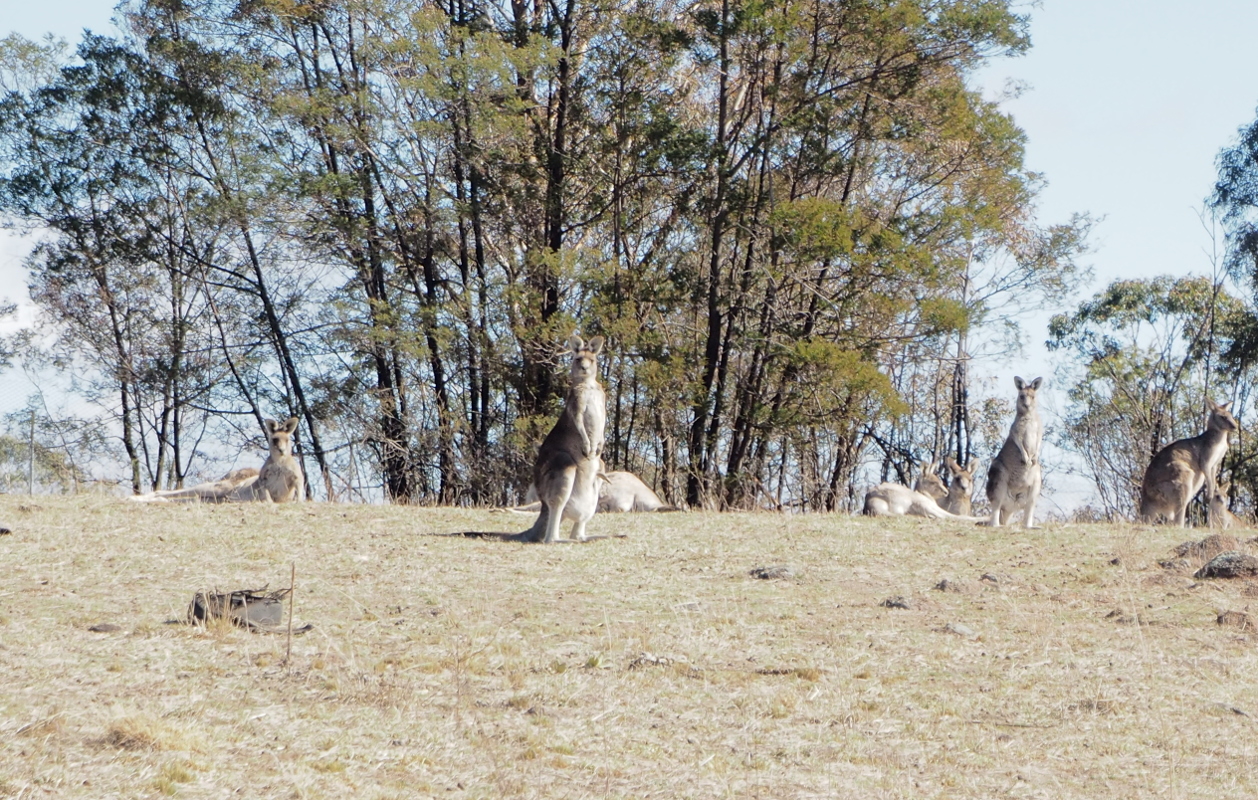 Can Google Lens pick out a roo?

Identifying dog breeds isn’t all that Google Lens can do. It can also identify other animals and there just happens to be a reserve near my house where kangaroos hang out.

When Google Lens doesn’t know exactly what it’s looking at the possible answers that come up are hilariously inaccurate. Unfortunately those hilariously inaccurate results have to be chalked up to user error. Taking better photos of the roos (this time without a dog to scare them off) came back with an immediate result of either red kangaroo or wallaby.

Google Lens proved surprisingly adept at identifying dogs and other animals. Even when it wasn’t quite right the results were far closer than I had expected after my first failed attempt to identify my dog with it. All it took was a decent photo.

Google Lens is available on iOS and Android as a part of Google Photos.

How To Get Started On Google Lens

Last month, Google rolled out its innovative Google Lens app to most Android phones. Here's how to get the most out of its visual-recognition abilities.