MacStories blogger Frederico Vitticci has created an incredibly robust iOS shortcut called Home Screen Icon Creator, which allows you to create custom buttons that look different and, if you want to get fancy, to fine-tune what happens when you open an app. It also lets you create customisable icons for iOS shortcuts and icons for calling people from your contacts.

Though it has many possible uses, the most enticing (and fun) thing this shortcut can do is create a new app button that swaps out the default image for any other icon on the app store. I will say up front that it looks more complicated than it is, but once you get the hang of it, you’ll be able to easily set new icons for every one of your apps.

To do it, click on the shortcut and press “launch app with URL scheme,” which will prompt a text box that asks you to input, you guessed it, a URL Scheme. A “scheme” is part of URL — specifically the part at the very beginning before the colon — http:// (or https://) on most websites. In this case, though, we aren’t searching the internet, we’re calling up an app. So instead of writing http://, you type in the name of the app you want to the icon to open, followed by a colon and two backslashes. 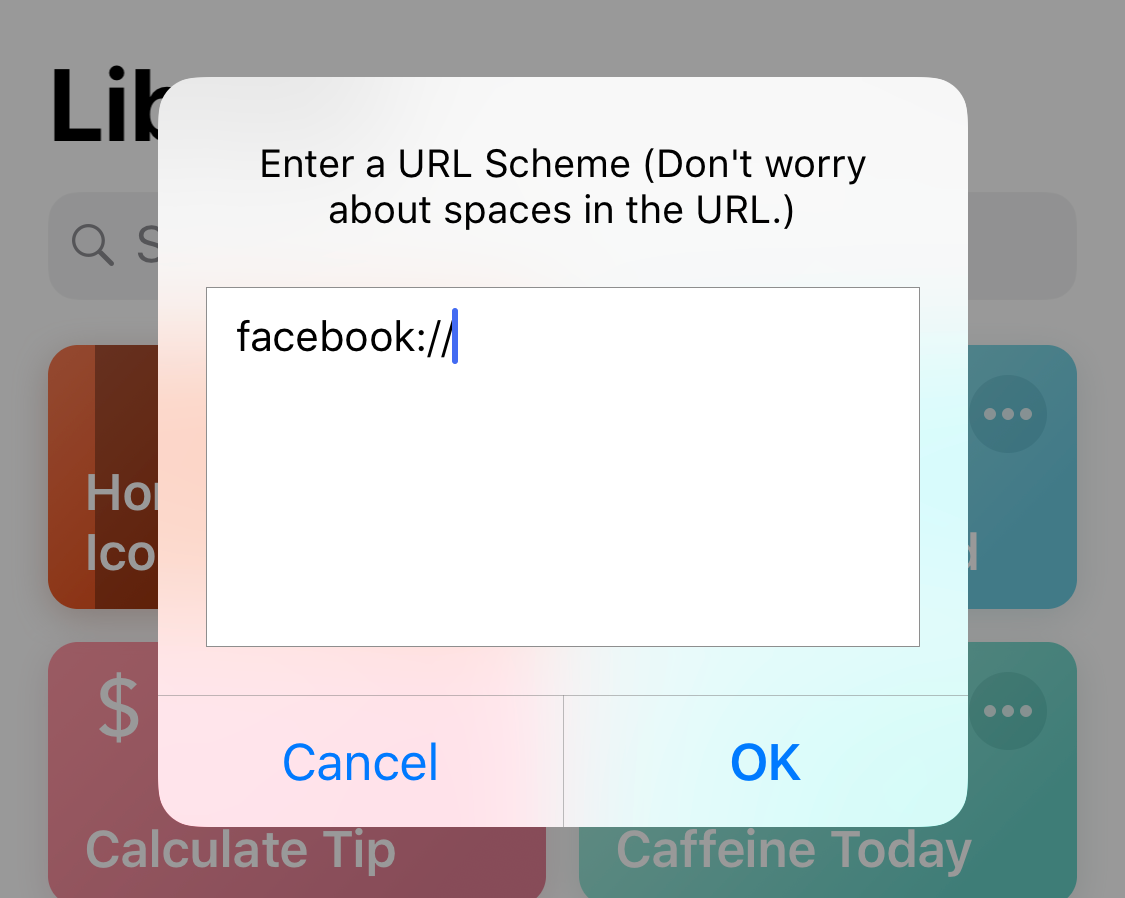 Then the app asks for a “command title,” which is a fancy way of asking what you want to name the app. You can give it the same name as the app you’re replacing, or call it something more fitting… 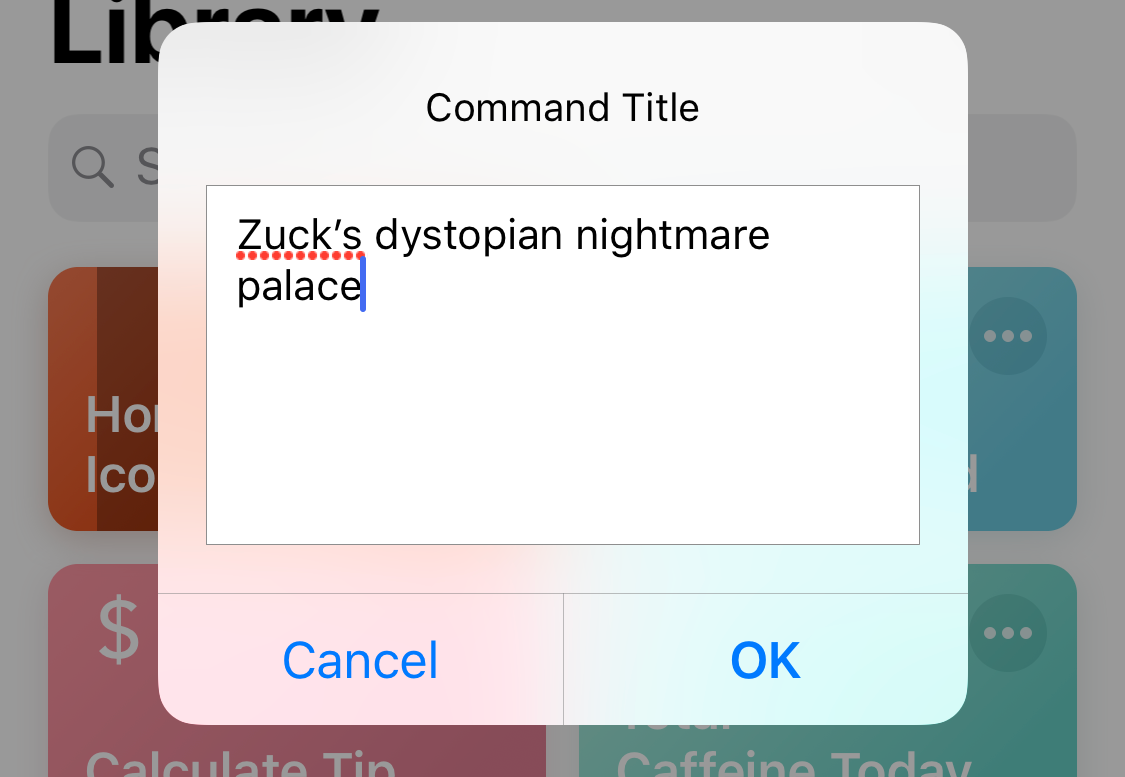 Then you will get a prompt asking you to search the app store for icons to use. Type in whatever you want to search for and press the done button above the search bar (not the one on the keyboard). From there, you will get a landing page showing the name and icon.

To add the icon to your home screen, press the share button on the bottom menu bar (the box with an arrow going up out of it) and select “add to home screen.” From there, you’ll get one more chance to rename it: When you’re ready, press “add” and… 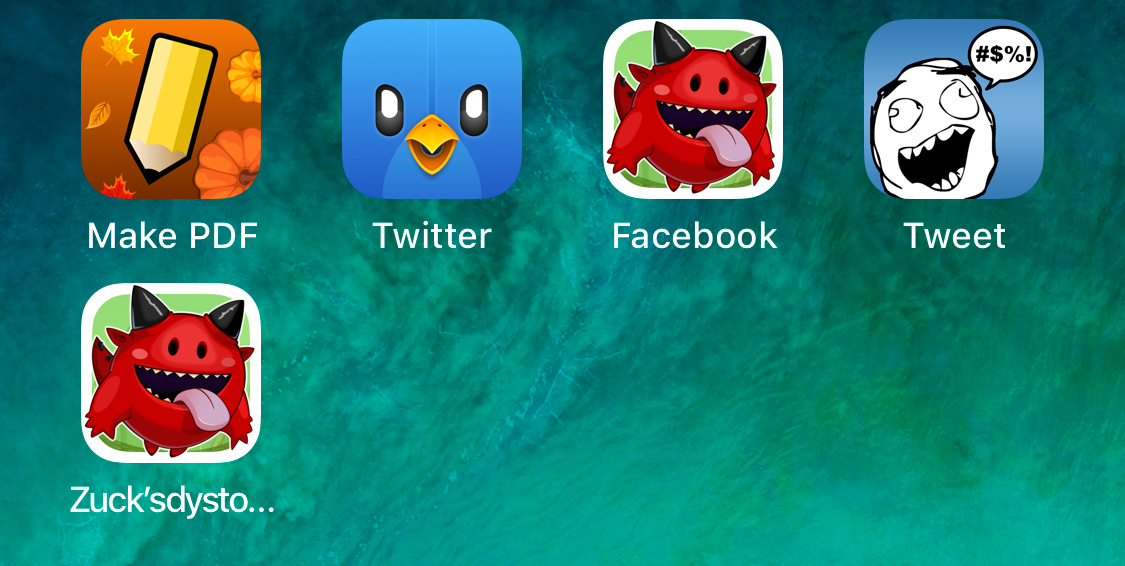 The shortcut, as written, does not allow you to make your own app icon art, or use an image other than an app icon. However, Vittici’s breakdown of the shortcut explains how you can modify his shortcut to select an image from the photos app instead of the app store if you’re down to tinker a little bit.

Speaking of which, let’s talk a little bit more about what else you can do to customise your app launcher. By letting users input a URL instead of simply picking an app, Vittici left the door open for you to customise what happens when you click on an app icon. By adding to the string, you can make it so that pressing an app icon opens to a specific menu, performs a specific search, or otherwise has automated the thing you always do when you first open it.

This process, as you might expect, can get pretty complicated and code-heavy, depending on the app and the nature of the task, but often it isn’t as tough as you might think. If you want to experiment, the first section of this primer from app developer Contrast has a few examples that can help you understand the basic cadence of writing non-web URLs.

The shortcut also gives you the ability to make home screen icons for shortcuts with icons pulled from the app store, icons that will call, text, or FaceTime specific contacts using their assigned photo as the icon, or to create a blank colour-coded icon, which you can use to space out your apps or otherwise customise your home screens.

Unlike using changing an existing app, these are all very straightforward. So play around, find some cool icons, and embrace this new, exciting level of aesthetic freedom on your iPhone and/or iPad.