Use This iOS Shortcut To Roll A New Dungeons & Dragons Character

A mind flayer just ate you — or your party — and you’re looking to get back into the action with a brand-new Dungeons & Dragons character. That, or you have a fresh new game coming up, and you need a little inspiration for your next character’s background and personality.

Instead of spending an hour staring a blank character sheet, save a little time with the iOS Shortcut “WTF Is My DnD Character”.

Spoiler: If you don’t like naughty words, this shortcut is not for you.

Install it, tap on it in your iOS Shortcuts Library, and you’ll be provided with a pre-generated backstory (courtesy of the aptly named whothefuckismydndcharacter.com) to get you mind churning on a brand-new character. 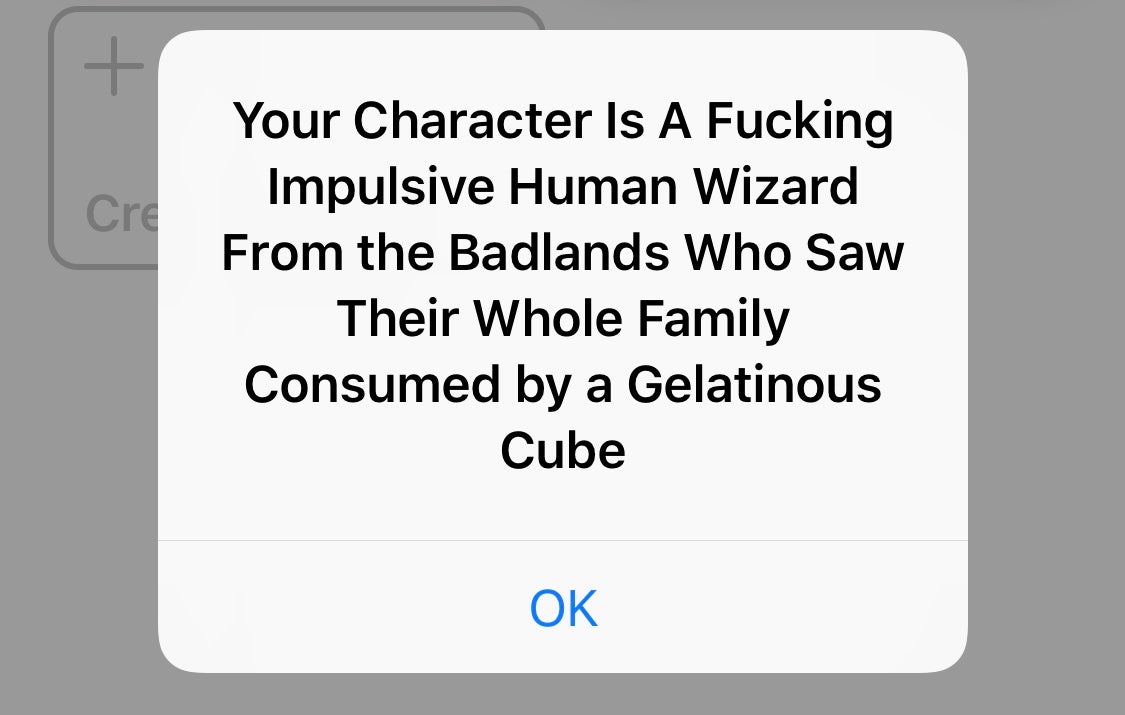 If you don’t like what the Shortcut pulled up for you, tap “OK” and select the “[####] no, gimmie a new one” option to generate a new backstory. Repeat until satisfied. 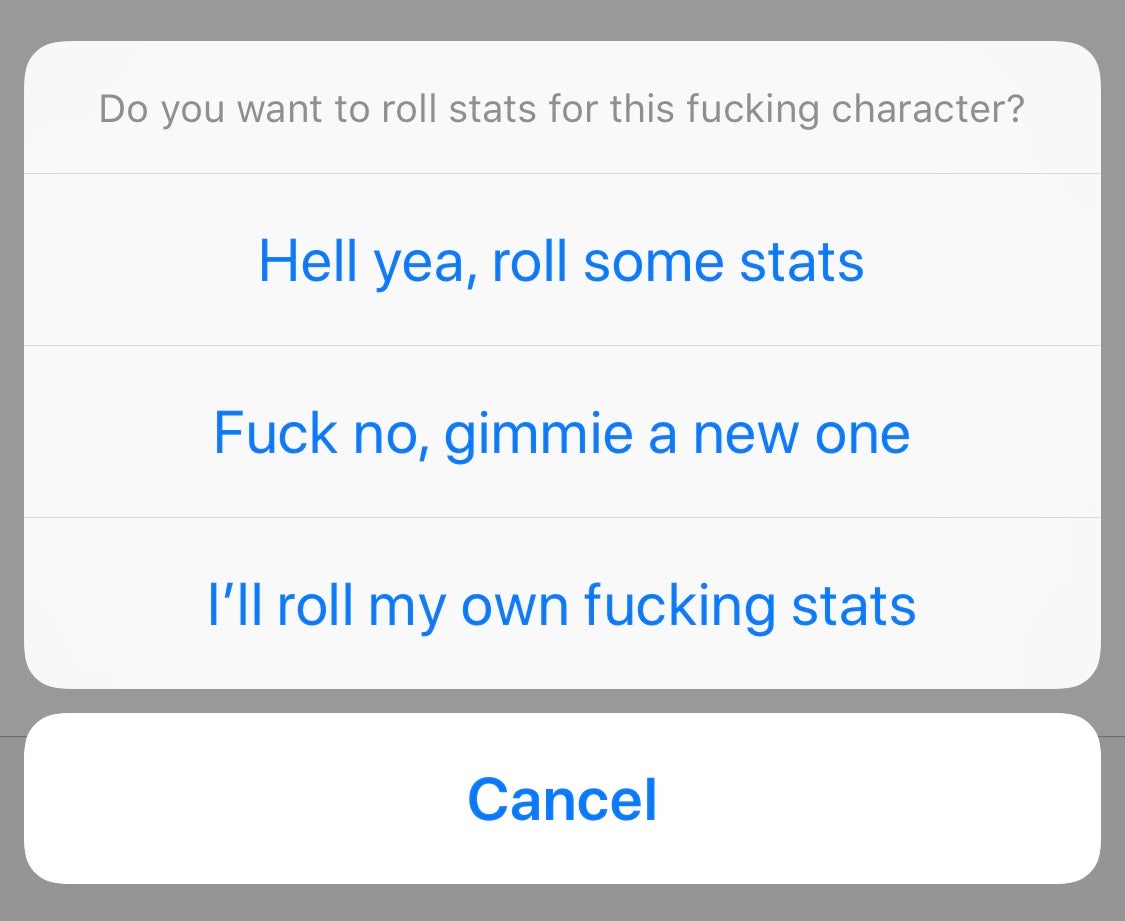 If you want to “roll your own fucking stats”, you’ll be doing that offline — time to bust out the 20-sided dice. (Screenshot: David Murphy)

When you’re ready to roll up your new character’s stats — Strength, Intelligence, Charisma, and the lot — you can have the Shortcut do it for you. Just tap on “Hell yea, roll some stats”, and you’ll get a list of randomised numbers that you can assign to your different stats as you see fit. You only get one shot at this, so make your selections good. 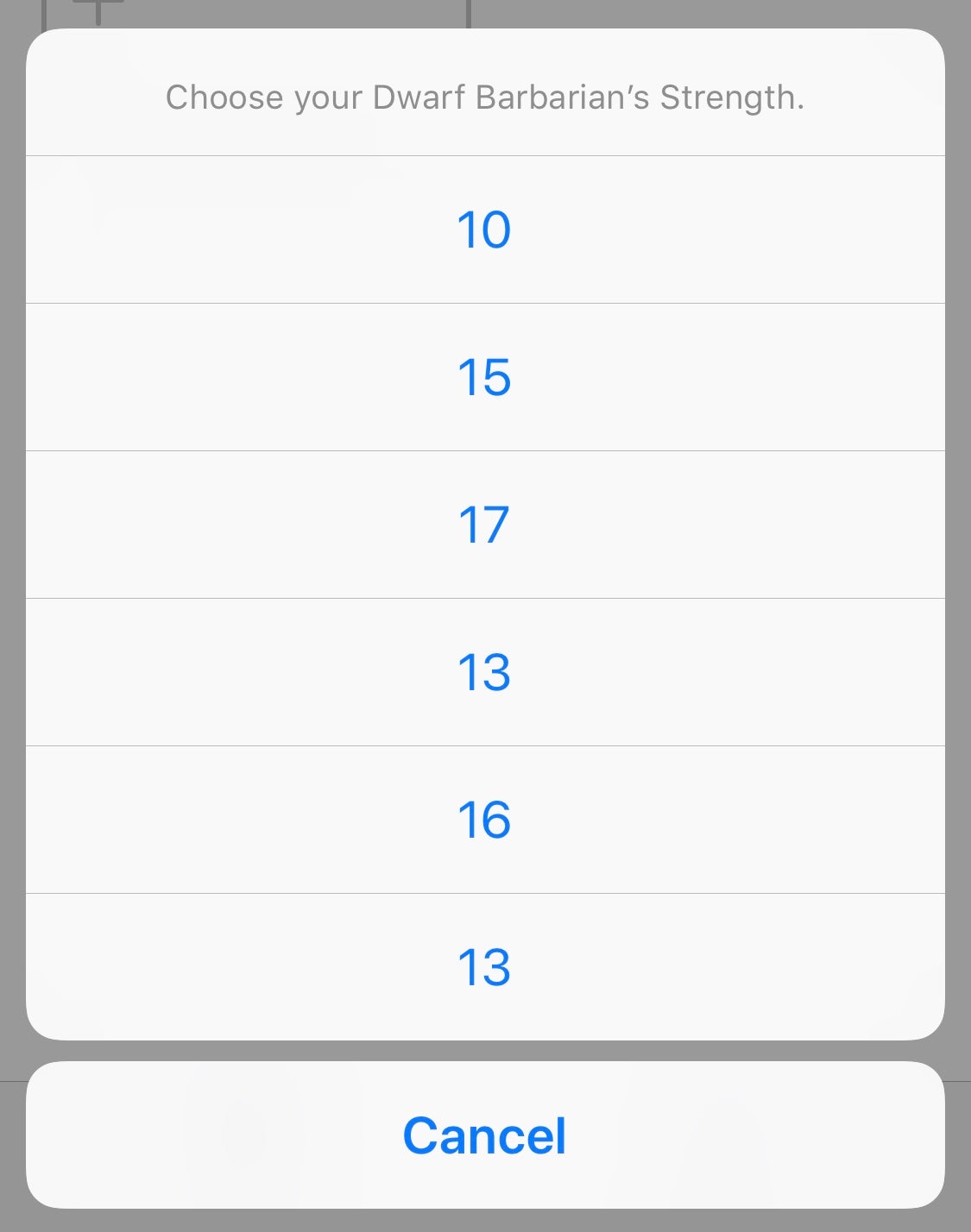 Once you’re done, the Shortcut automatically add any racial modifiers you get (based on your character’s pre-generated background) and give you a little summary of who you are.

You can then share your summary with your fellow players (and/or Dungeon Master), though I recommend dropping it into a Notes file so you don’t forget who you are. You’ll still probably want to fill out an actual character sheet by hand (or using a handy iOS app), but at least you’ll have done some of the work in advance — especially helpful if you haven’t been feeling very creative lately.