The Hiker's Guide To Trail Etiquette

It might feel like there aren't any rules out in the great outdoors, but there are certainly guidelines you should follow. Whether you're new to hiking or always been confused about the dos and don'ts of the trail, this guide will clear things up. 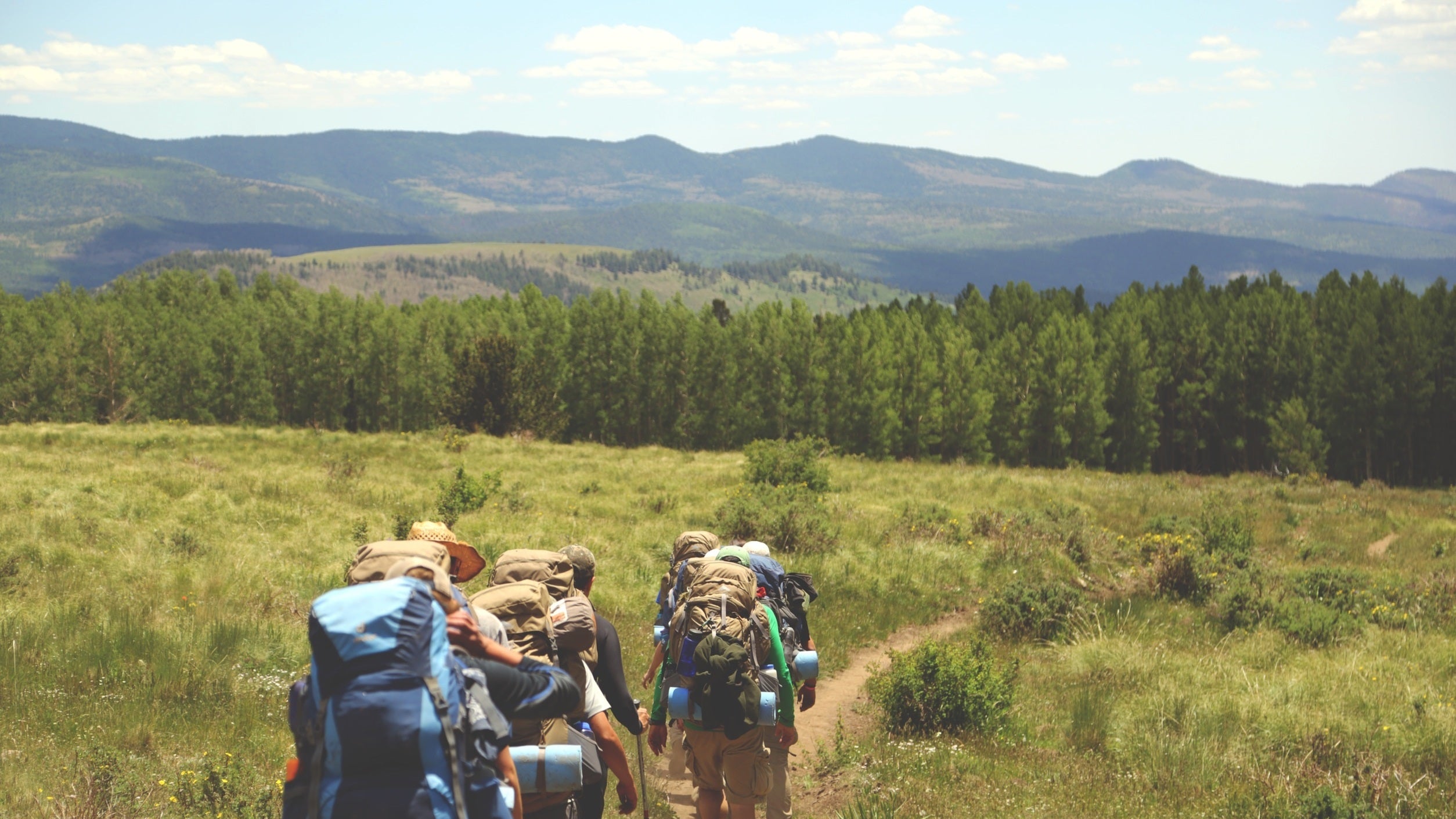 Calculate How Many Calories You Burn When Hiking With A Backpack

Hiking with a backpack is a heck of a lot more work than hiking without one. It feels harder, but also you're burning more calories — which is important to know as you're planning your snacks and meals for the trip.

Hikers Going Uphill Have the Right of Way

Hiking uphill is harder than hiking downhill most of the time. And when people hike uphill, they tend to have a smaller field of view because they're usually looking down at their footing. That's why it's important you give hikers on their way up a slope the right of way. If you're heading down a narrow trail and you see hikers coming up, step aside and let them continue without breaking their gait. That said, it's the uphill hiker's call. If they choose to stop and wave you down, go for it.

Watch for Mountain Bikers and Horses

Generally speaking, mountain bikers should yield to all hikers (they know never to expect you to yield). That said, it's often best to watch for them and step aside when you see them, especially if they're flying down the trail or working hard to climb a steep incline.

If there are horses on the trail, everyone should yield to them. Get out of their way, give them as much space as you can, and avoid making any abrupt movements or loud noises as they pass. You don't want a startled horse kicking your teeth in.

Hike Single-File When In a Group

Group hiking is a fun activity, be it with friends, family, or some sort of organisation, but you don't want to clog up the trails and ruin the fun for someone else. If a trail is narrow (most are), hike single-file. However, if a trail is much wider and you can leave room for people to pass, it's alright to hike next to each other.

The Slowest Hiker Should Lead

Think about it — the slowest hiker will probably need breaks more than anyone else. But if they're in back, they'll only have time to catch up every time the group stops and they'll never get to actually rest. There's an old Boy Scout saying worth keeping in mind: "We hike as fast as the slowest man."

It should be noted, however, that this method of group hiking is up for debate. It's not necessary for some groups, and it can be frustrating for experienced hikers to get stuck behind a slowpoke. Sometimes it's better to split a group into smaller groups so the fast hikers can go their speed and the slower hikers can take their time. Ask your group how they feel and see what's right for you.

People go hiking for exercise, but also to get in touch with nature and its many peaceful sounds. Nobody wants to hear you yelling to create echoes, shouting lewd jokes at one another, or playing music on your phone. It's especially rude to blast music from a Bluetooth speaker in your backpack while you hike. Get some headphones, bro. Nobody cares what your latest jam is — we want to hear birds, and water, and wind through the trees.

Stay On the Trail

You will constantly be tempted by scenic spots and what looks like other almost-trails as you hike, but it's vital you stay on the main trail. You trample vegetation and erode dirt and rock when you walk off the trail, and that can screw up the local ecosystem, making it less likely for anyone to see wildlife or interesting flora. If everyone stays on the trail, the area will stay looking as beautiful as can be. But if everyone goes off the trail, it will gradually be destroyed.

Step Aside to Take Breaks

While you shouldn't go too far off of the main trail, you shouldn't stop to take a break in the middle of the trail either. If you need to stop to get some rest, take a photo, or grab a snack from your pack, step aside so others can easily pass you. That means you shouldn't stop somewhere where that isn't possible. Make sure there's plenty of room.

Australian Hiker has created a great list of rules everyone should follow anytime they're out in the bush. There's a lot to go over — mainly about properly disposing waste, rules for relieving oneself, where you should and shouldn't camp, don't take things from the trail, and so on. — so head to the link to check it out. When in doubt, remember this mantra: take only photographs, leave only footprints.

Hiking is a social activity, whether you want it to be or not. It's polite to say hello to anybody you encounter on the trail. You don't have to stop and chat about your hopes and dreams, but it's nice to acknowledge one another. It's also a safety issue. You want people to remember seeing you, and you want to remember the people you see. If you or somebody else goes missing, someone can offer clues to help.

It's also the easiest way to find out who should step aside, or let someone know you're passing them. A simple hello lets them know that you're there, that you acknowledge them, and that you're ready for whatever manoeuvre is needed.

No matter what, always read the trailhead guidelines. Most trails have the same rules, but some might have specific rules for that trail. Maybe dogs aren't allowed or must be leashed at all times, perhaps there's an abundance of bears in the area and one should remain alert, or maybe ticks have been especially problematic as of late. It only takes a couple minutes to read the signs.