A new era is dawning in the world of smartphones. The standard form factor is evolving with major phone makers leaking plans or announcing new models with foldable displays that offer lots more screen without sacrificing portability. Here’s everything we know about the folding phone plans from Samsung, LG, Huawei, Lenovo and Apple.

Samsung has been at the forefront of foldable phone announcements. While the name isn’t yet confirmed – both ‘Galaxy F’ and ‘Galaxy X’ monikers are doing the rounds – what we do know is that rather than being a small device that expands into a larger phone, it will be more like a plus-sized phone that expands into a tablet. 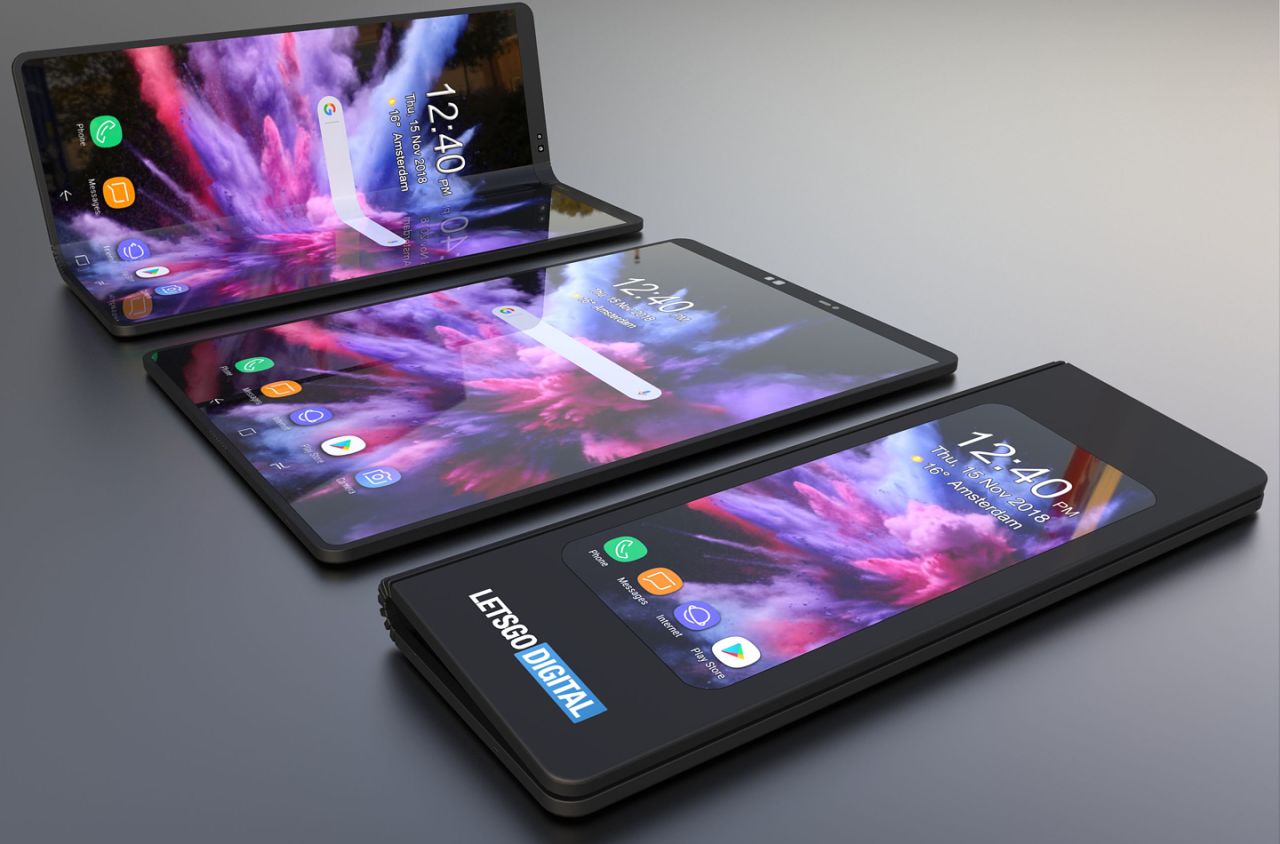 Adding confusion to the naming is that Samsung Electronics has also requested new trademarks for the names Infinity-Flex, Infinity-O, Infinity-U and Infinity-V.

At the moment, it looks like Samsung is the closest to having devices ready to ship with some speculation already doing the rounds globally about carrier deals and pricing which is likely to top the $2000 barrier locally.

LG is hot on Samsung’s tail with rumours of the LG Flex, Foldi or Duplex – depending on which set of rumours you believe – suggesting the company is getting close to releasing their own folding smartphone/tablet. Trademark documents spotted by LetsGoDigital have revealed the potential names as well. 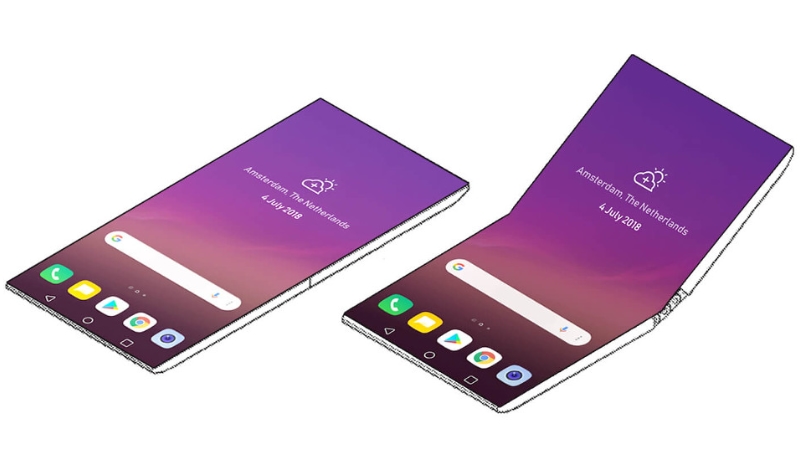 LG Mobile’s CEO has been reported as saying “We are working hard with our partners on various obstacles that can occur while folding and unfolding. We will release it at a time when we can provide enough customer value rather than releasing it for the first time in the world”.

Given the interest such a device could bring, it could be a way for LG to boost their market from being a strong challenger to the dominance of Samsung and Apple in the smartphone business but bring a range of devices to buyers. And, if they release more than one option, taking advantage of the different names they have registered trademarks for, then they may offer some variety at different price points.

As you’d expect, there’s very little from Apple on what they’re planning. They rarely discuss plans for products unless they are really close to release (unless it’s the AirPower wireless charging pad which is vapourware despite being announced a year ago). However, as we reported a while ago Apple has filed patents for a folding iPhone. But there’s a long way between filing patents and actually releasing a product. 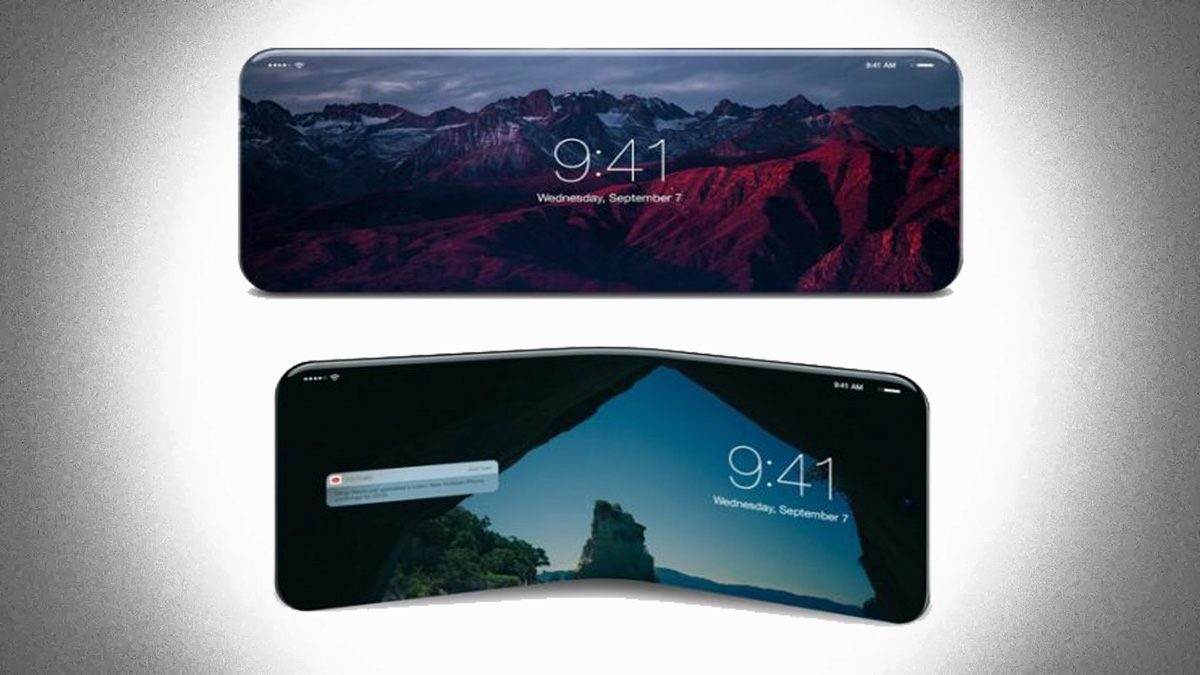 Apple’s plans are interesting as they include some funky battery tech that allows a display to be rolled up like a scroll according to Patently Apple.

Having observed Apple closely for a while now (I was the editor of Macworld Australia for a while) the one thing I’m certain of is that Apple is unlikely to be the first to bring this tech to their smartphones. For a start, we already know Samsung and LG are quite advanced in their plans. And Apple’s release cycle is based on a new iPhone each year, around October.

If Apple brings a folding device to the market, I suspect it won’t be until late 2019. 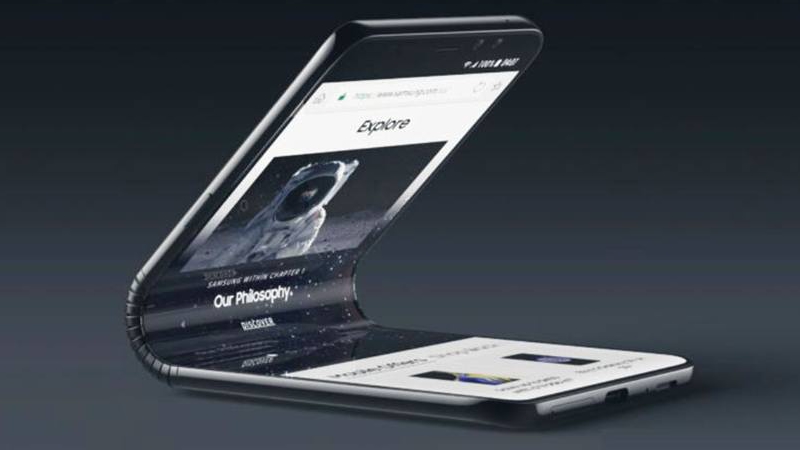 Like al the other major phone makers, Huawei has filed patents for their own folding phone with the company saying they have already built working prototypes of a smartphone that opens up to become a tablet.

While Lenovo enjoys a great reputation in the PC market, they aren’t often recognised as a leader when it comes to innovation in the smartphone business. But leaked videos suggest they may actually be ahead of many others when it comes to releasing a folding smartphone. Or at least one with a flexible display.

However, other rumours suggest Lenovo’s focus may be more on a foldable tablet rather than a smartphone. That makes more sense given their experience and reputation in making PCs.