Over the past few months, the most exciting thing in smartphone news has been Samsung’s foldable ‘Galaxy X’ – an all-new product category that has the potential to transform mobile computing. In response, Apple appears to be fast-tacking plans to release a rival product of its own. No, really.

The US Patent and Trademark Office just awarded a new foldable phone patent to Apple with a curious magnetic hinge. In other words, the battle is on. Here are the details.

As spotted by the wily clerks at Patently Apple, Apple has been granted a second patent for a folding iPhone. This time, the patent focuses on a flexible hinge that uses magnets to secure the phone in place when folded. This would allow it to double in size when needed – just like the Samsung Galaxy X.

The patent also deals with the use of fabric for the housing and a “third display portion” that would presumably come into play when the iPhone is folded. (The two primary screens will face toward each other when folded, blocking access.)

Here are the relevant patent extracts: 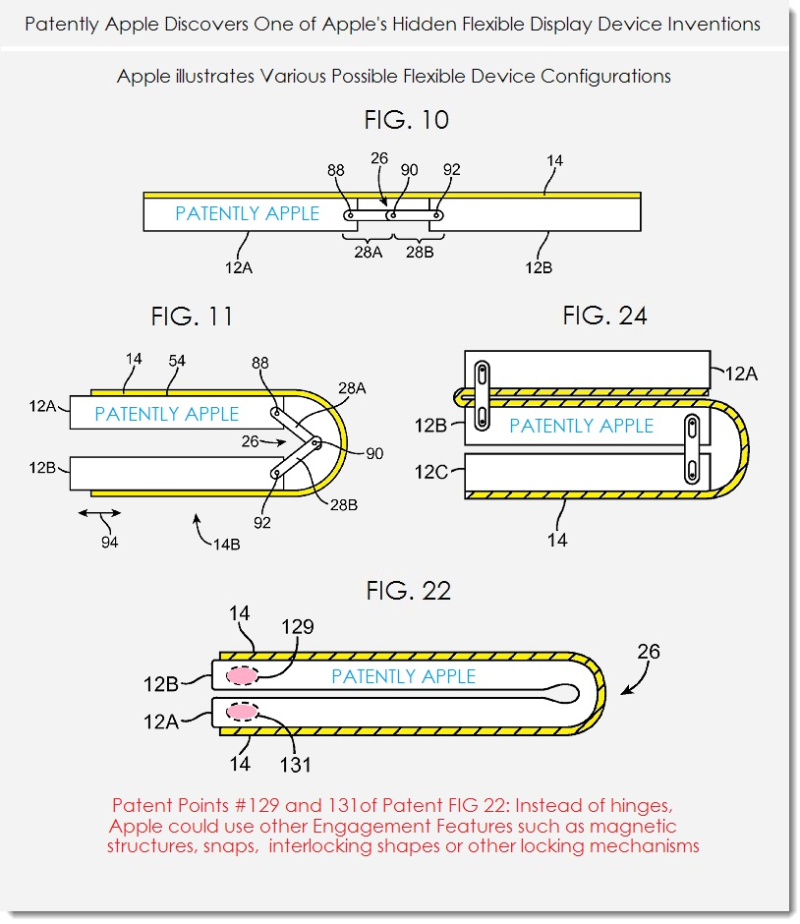 Interesting stuff, I’m sure you’ll agree! As Patently Apple points out, this is just a utility patent, which means the final design could change substantially. Nevertheless, the fact that Apple has been granted this patent so soon after Samsung’s announcement suggests that a folding iPhone might not be as far off as we thought. (Previous reports had pointed to a release date “several years” after 2020.)

Meanwhile, Huawei, LG and Lenovo are all working on flexible OLEDs of their own. We can’t wait to see what each manufacturer comes up with. 2019 is shaping up to be the year of the folding smartphone – and Apple fans might be invited.

Samsung Galaxy S10: All The Facts And Rumours So Far

All eyes were on Apple this month, but that doesn't mean plenty of us aren't still thinking about Samsung. The Samsung Galaxy S10 is one of the most anticipated phones of 2019, expected to be released early next year. If you're eagerly holding out for news on the Galaxy S10, here's everything we know (and think we know) about Samsung's next phone.