How To Pick The Right Network Switch

It’s annoying when you run out of Ethernet ports on your router. That, or when you have a home entertainment centre and want wired connections for all your devices, but you don’t want to string a bundle of Ethernet cables from your living room to wherever your router happens to be.

One of the best ways to extend your wired network at home is to pick up a network switch. To keep it simple, a switch is like a hub. You connect your devices to it, and then connect the switch to your router. Your devices will then be able to access your home network as if they were connected to the router directly. It’s as easy as that.

Type “network switch” into your favourite online shopping site (or search engine), and you’ll see a ton of listings for switches of all kinds — and price levels. Picking the best switch for your needs isn’t too tricky, but there are a few concepts you’ll want to better understand so you don’t buy the wrong device or overspend needlessly.

The basics of buying a network switch 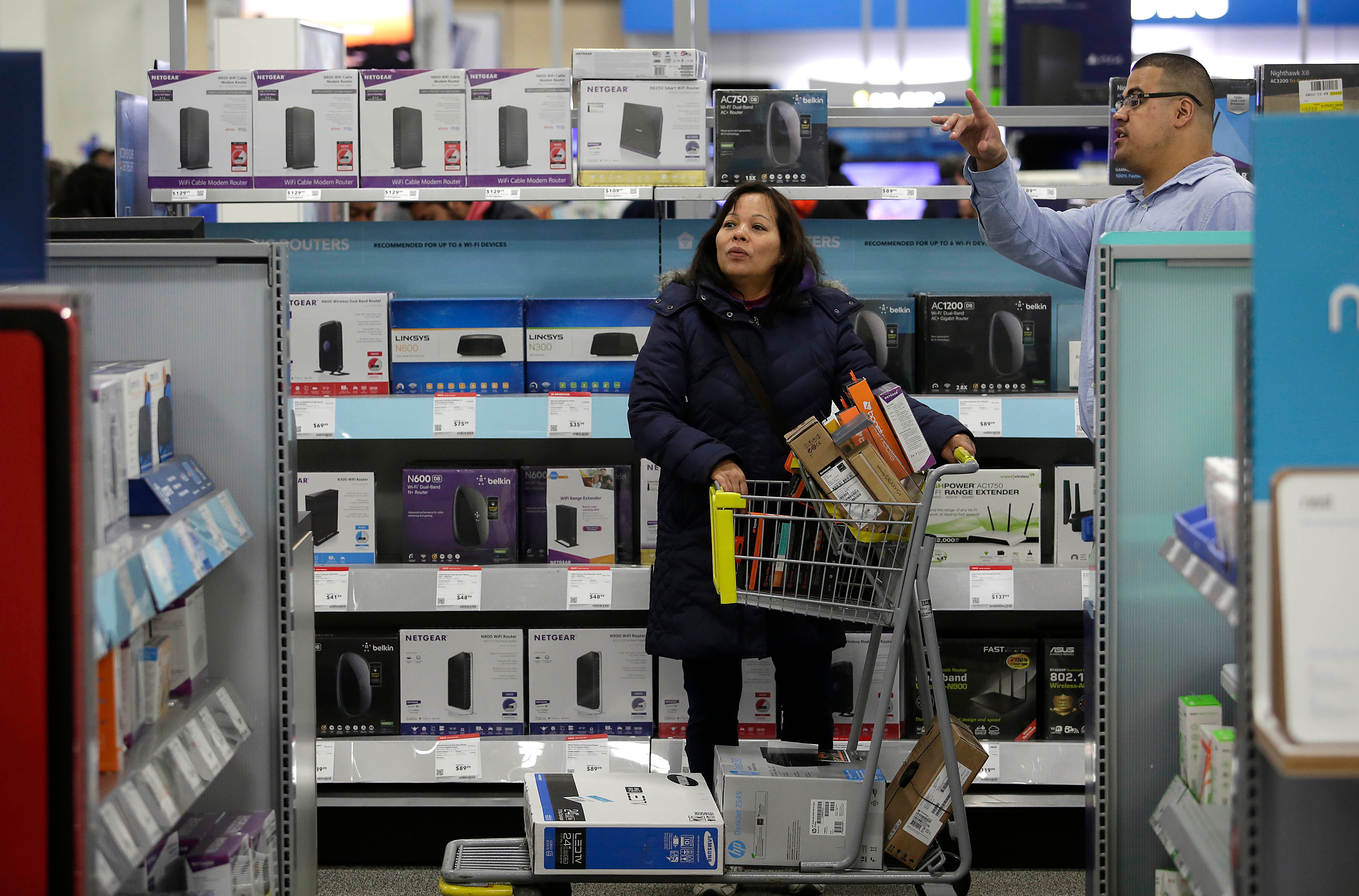 If you remember nothing else, know that the best switch for you is probably a simple network switch. The price you’ll pay is likely dictated by how many ports your switch needs to have and their speed. For example, a five-port switch will cost a lot less than a 24-port switch (and if you have that many wired devices you need to connect, we’re impressed). Similarly, a Fast Ethernet switch will likely cost less than a Gigabit Ethernet switch.

If you’re already scratching your head, don’t worry. Let’s go over what you need to know — in no particular order.

First, you’ll want to figure out how many ports your switch needs to have. If you only have a handful of devices that require Ethernet connectivity, you might be able to get away with a five-port switch: that’s four wired devices and one connection to your router (or the Ethernet port in your wall, for example, if your house is already all wired up).

Odds are good you probably won’t need a 24-port switch, or even a 16-port switch, unless you’re planning to use it as the primacy hub for all of your house’s in-wall Ethernet ports or something.

If you’re just looking to connect up your TV, a gaming console or two, and a set-top box, you don’t need to future-proof with crazy-expensive switch that has more ports than you’ll probably ever use. You’ll be fine with an eight-port switch, I wager, which probably meets most people’s needs and budgets.

As for speeds, I’m a huge fan of using Gigabit Ethernet whenever possible. Your router likely comes with Gigabit Ethernet ports — ten times the upload and download speed of Fast Ethernet — and there’s no reason you should hamstring yourself by connecting a slower switch to it. Depending on the brand, you might not save that much money going Fast Ethernet over Gigabit, and Gigabit networking is one area where it never hurts to future-proof.

Yes, you’ll still be able to stream 4K video from your speedy network-attached storage device to your TV on Fast Ethernet. So, if you go that option, you’re not going to die. And if you’re only paying your ISP for a plan that gives you average download speeds, you won’t notice a difference if you’re using a device connected via Fast Ethernet instead of Gigabit Ethernet.

Fix Your Slow Internet With These Networking Options

If you're sick of suffering from poor Wi-Fi connections or slow streaming speeds in your house or brick-lined apartment, that one router tucked away in a corner may not be capable of effectively covering your home. In that case, you may need not just a new router, but a new type of router.

There are a few other parameters you should think about when buying a network switch. For example, you probably don’t need a more expensive metal switch when a plastic one will do. You probably don’t need a rackmount switch unless you’ve built your own server. Your switch probably doesn’t need PoE functionality — Power over Ethernet — unless you want to connect a compatible security camera that doesn’t have access to a nearby wall outlet.

And then there’s this whole “managed” and “unmanaged” business.

Again, to keep it simple, think of an unmanaged switch as a dumb little networking box. You plug things in. They’re all then connected to one another. You put the switch somewhere and forget about it forever. It requires no updates and no input from you to do its simple little job.

A managed switch is a little different. It does all that, but you can also log into it via a web-based UI or app to tweak a number of settings, enable features, and update it with firmware to fix issues and add more functionality: Quality of Service rules, bandwidth limits, VLANs, etc.

That said, managed switches tend to be more expensive than unmanaged switches — at least, that was the case for the two Netgear switches I looked at when writing this article, its Nighthawk S8000 (managed, $139) and GS908 (unmanaged, $89) switches. 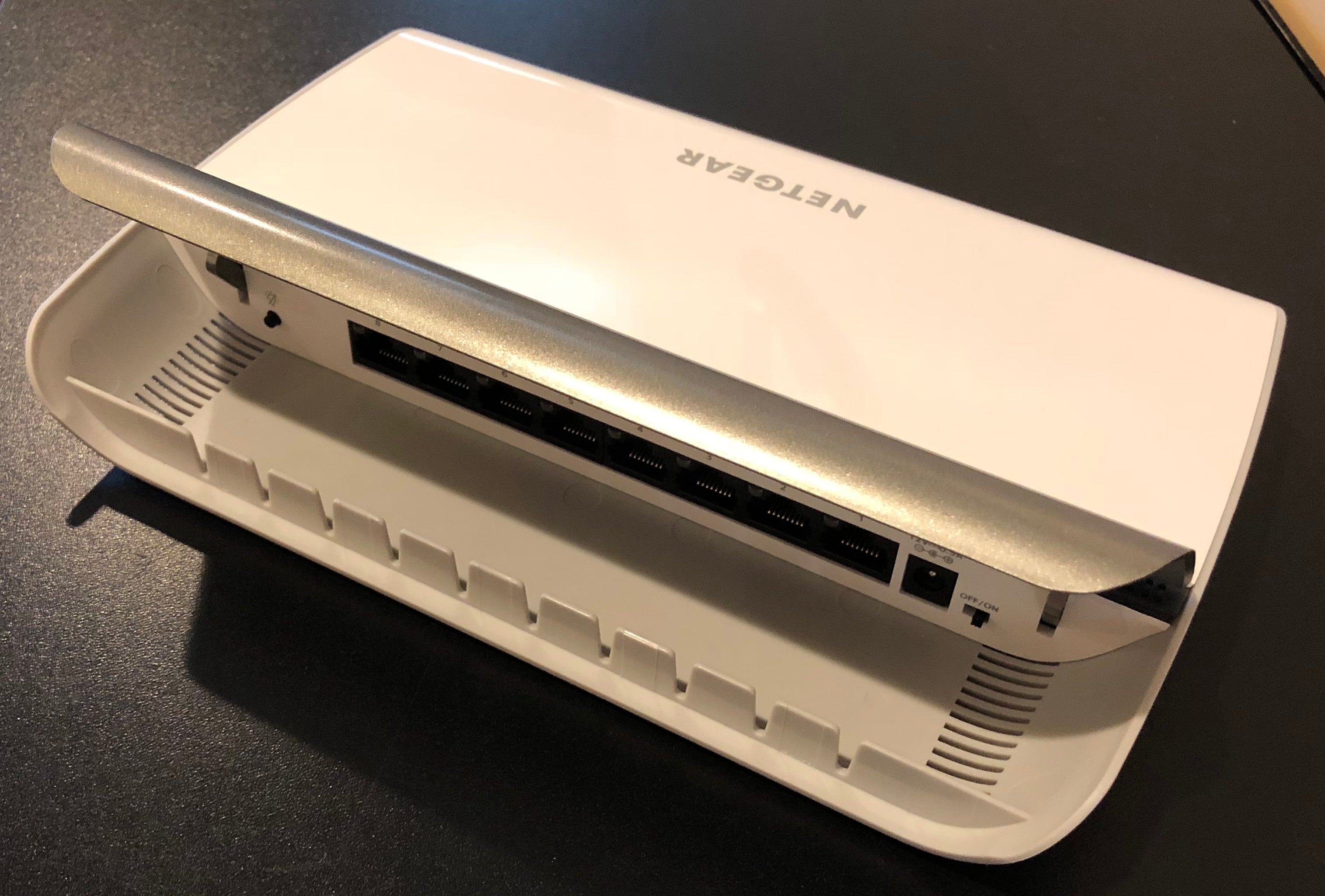 Netgear’s GS908 is a beast, but I love its little flap and built-in grooves for hiding your ugly Ethernet cables. (Photo: David Murphy)

While the GS808E came with plenty of features for the extra $50, and it felt a lot “cooler” to use than a simpler unmanaged switch, I couldn’t help but feel as if most people would really have to tax their network to make the use of a managed switch’s features. (That, or be a pretty big networking enthusiast to begin with.)

For example, consider the QoS features found on the Nighthawk S8000. Netgear itself gives a pretty good description of when these matter, and when they might not, on its website: 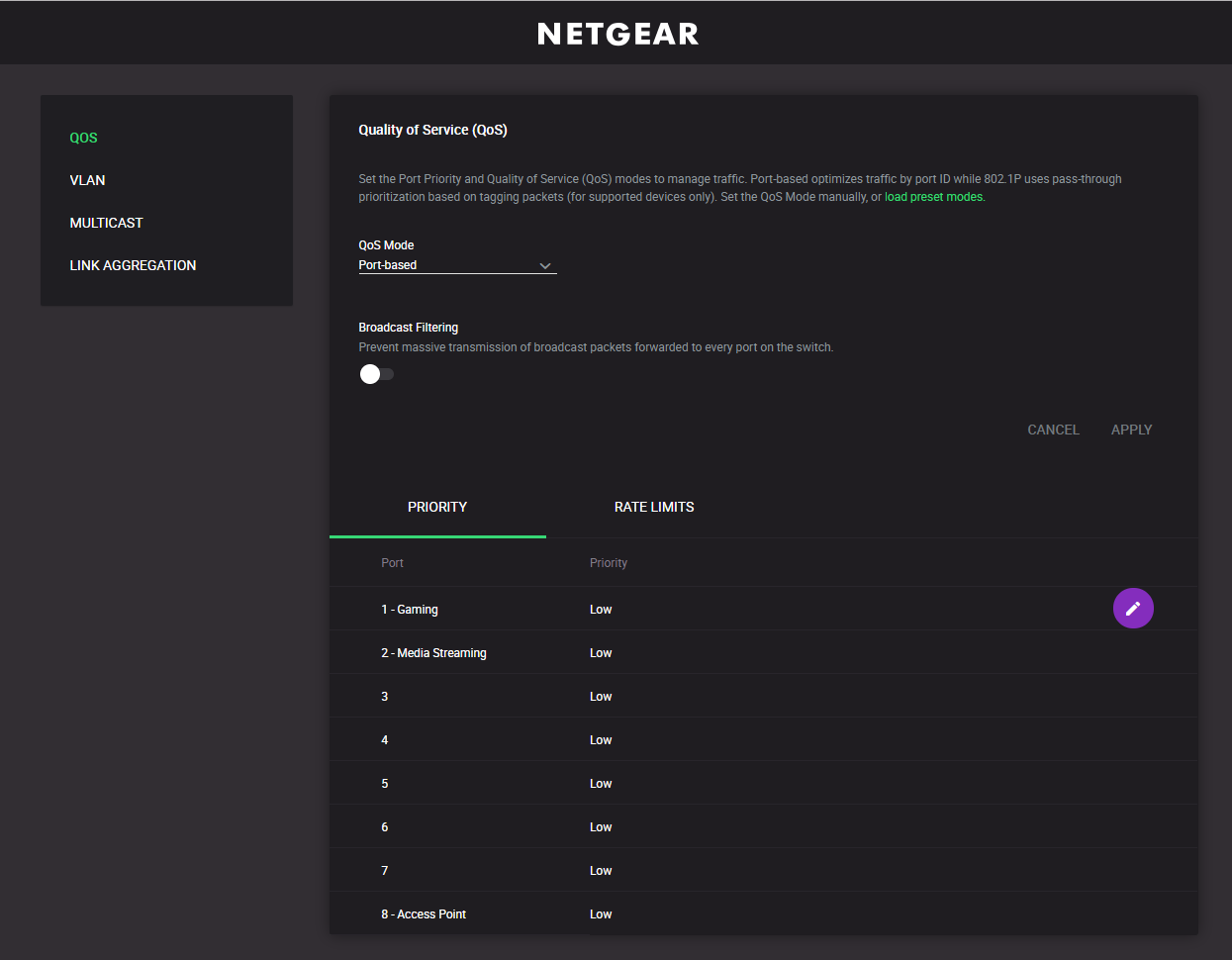 To double-check all of this, I fired up a bunch of devices, connected them all to the switch, and let ‘er rip:

When I pulled up World of Warcraft and checked my latency (via the “?” icon in the game’s lower-right corner), it was incredibly low. More importantly, it was identical to the latency I typically experience when I’m only playing World of Warcraft — no change, and that was without any QoS features turned on at all. 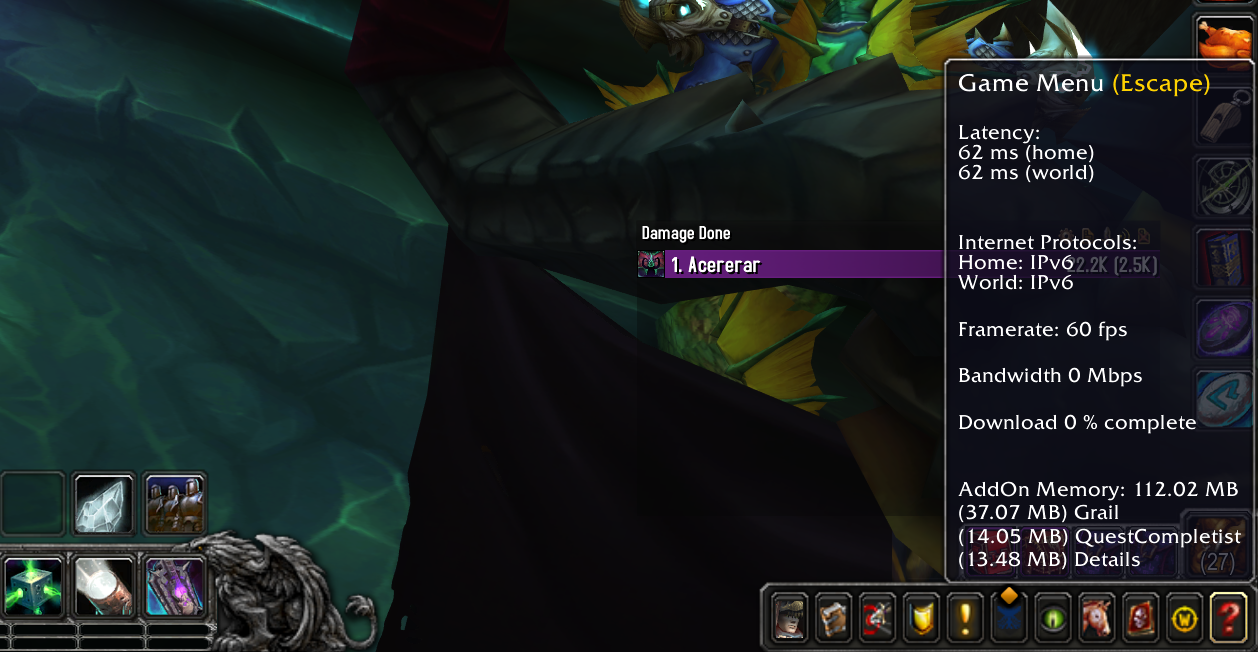 I then fired up a BitTorrent on said laptop, because if there’s one thing I always get grief for from my roommates, it’s when I’m eating up our network resources with a big Steam download or torrent. And, yet again, when I ran around in World of Warcraft, no change in latency. The game was completely playable without any lag or other issues.

I re-did both scenarios and ran a simple fast.com test for each, and didn’t see any crazy drops in upload speeds, download speeds, or latency. I had a lower speed when running BitTorrent, obviously, but still plenty of overhead for anything I wanted to do.

I did notice that I didn’t have a lot of outbound traffic in my BitTorrent client — just one meagre person connecting and using a paltry amount of bandwidth. In general, it’s likely that my setup wasn’t consuming enough in the more-limited direction, uploads, to even warrant messing around with QoS. Similarly, my internal network activity wasn’t doing enough to cause any major slowdowns that QoS might otherwise help out with, if at all.

That said, my roommates would probably love the switch’s rate-limiting capabilities, because they could just slap on a rule that limits my desktop PC to 50 per cent of the house’s total bandwidth. I’d have plenty of speed for big downloads if I need it, but I wouldn’t ruin everyone else’s web browsing or streamed videos. Of course, they could probably just do that using the house server/router setup, too. (Nobody tell them that.)

How To Make Your Wi-Fi Router As Secure As Possible

Though more router manufacturers are making routers easier to set up and configure — even via handy little apps instead of annoying web-based interfaces — most people probably don't tweak many options after purchasing a new router. They log in, change the name and passwords for their Wi-Fi networks and call it a day.

If I was buying a new network switch tomorrow, I’d probably go find the cheapest 8-port switch that has Gigabit networking, as big a warranty as I can find (just in case), and lights on the front that tell me if my devices are connecting at 10/100Mb/s (Fast Ethernet) or 1000Mb/s (Gigabit Ethernet).

Managed switches are fun to play with, and I can definitely see how they’re useful to people who need finer control over their network devices — and can’t already get that from their routers. If people in your house only browse the web, watch YouTube, and message friends a lot, you probably don’t need most of the features a managed switch offers. (Port trunking? Pffft.)