How To Create Your First Dungeons & Dragons Character

It’s a good time to get into Dungeons & Dragons, the role-playing game featured in Stranger Things and the podcast The Adventure Zone. The game has lost its nerdy stigma and is trendy among artsy parents and their kids.

But starting out can feel intimidating, with all of the game’s books and charts and maps. Even if you’ve found a dungeon master and fellow players, now you have to create a character.

You might be tempted to get really weird with it — I was. But if you plan to stick with this character for a while, you don’t want to saddle yourself with someone that you eventually hate to play. Here’s how to make a D&D hero that will best introduce you to the game.

Pick Your Race and Class Wisely

Every character has a race and class. The options can be dizzying. For my first game, I was a tiefling warlock. It was an obscure and complicated character, and I was glad to abandon it after just one session. My next character was a dwarf fighter — much more sustainable.

Each race comes with different stats and abilities. For example, dwarves can see in utter darkness, but they can’t walk as fast as humans or elves. There are over two dozen playable character races in the latest version of D&D, but according to a FiveThirtyEight analysis of some official D&D stats, humans are the most popular race by far, and most characters are either a human, half-elf, or elf.

If you’re starting out, you should probably try a race you already understand from fiction and mythology: a human, elf, dwarf, gnome, or halfling (a public-domain hobbit). If you pick something exotic like the bird species Aarakocra, you’ll spend half your time figuring out what your deal is. And so will your fellow players. That can be fun for a later game, but it’s a headache when you’re also figuring out how to attack a monster or talk to a shopkeep.

Your class is even more important. That’s your specialty, which largely determines how you achieve your goals in an adventure. You can theoretically start with any class, but if you choose a less obvious one like druid or warlock, your dungeon master might need to do some extra research to figure out how to use your skills. That can be a pain if they’re already busy teaching you the basics of the game. 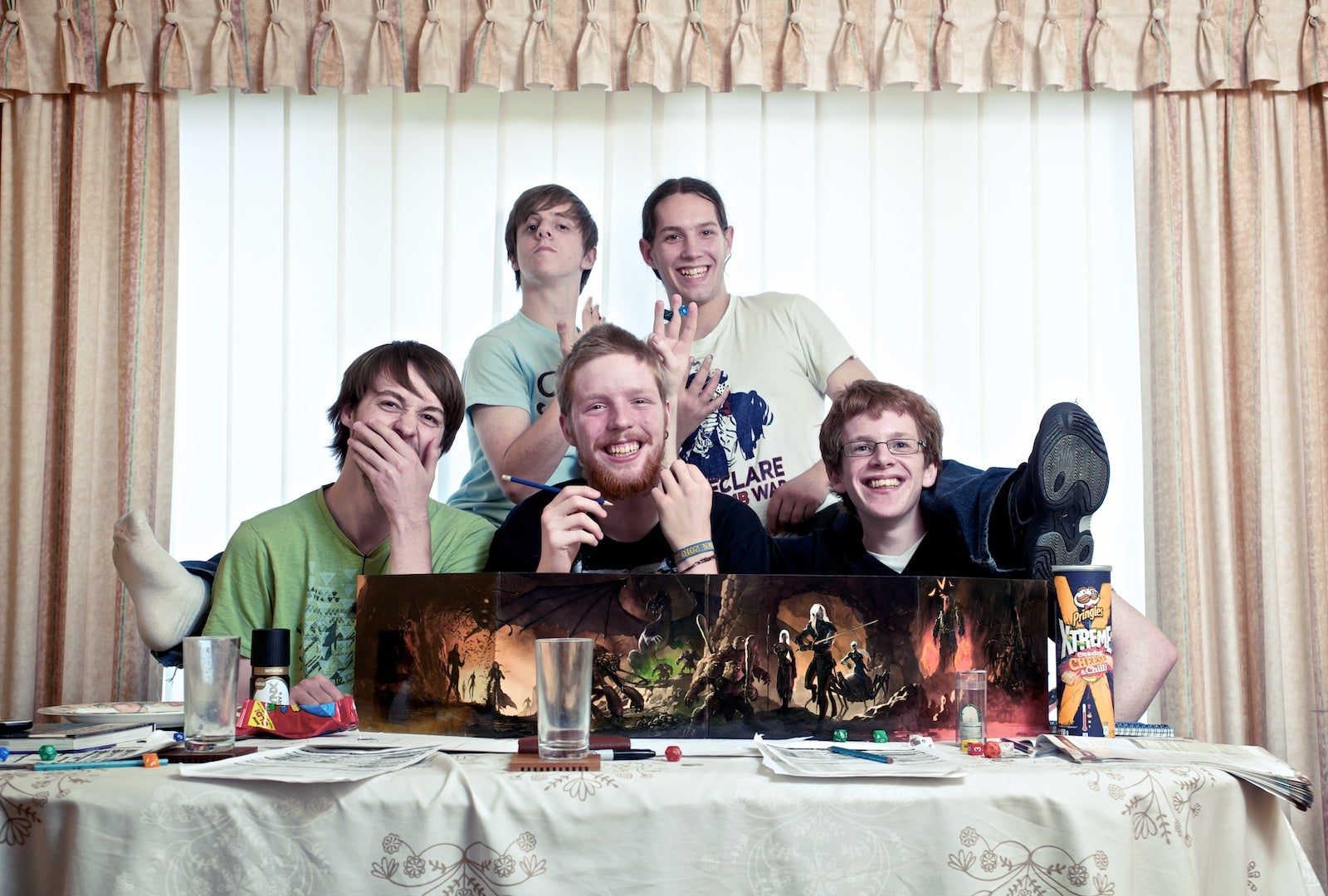 Fighter is the most popular, and an ideal class for starting out. You’ll be dealing in direct physical conflict, avoiding complicated magic, and you’ll be harder to kill. As gamer Joshua Utterback put it, fighters are fun, diverse, easy, survivable, and important to the group.

In a combat session, you’ll be making the biggest contribution, with the least pawing through the rulebook.

Also consider the rogue, a stealthy, dextrous class that’s useful in and out of combat, or the barbarian, a more reckless warrior class. If you really want to cast some spells right away, try the cleric instead of the wizard. You’ll start out with the ability to heal other players, which will make you popular with the other players and build teamwork, which is crucial in a D&D campaign.

Match your class to your race, says Joseph Capehart, RPG coordinator for the game shop Brooklyn Strategist. “Many people step to the table thinking ‘How do I fit into this story?’ Human fighters and elven wizards are easier to conceptualize and ‘fit’ into the story.” As the FiveThirtyEight chart shows, big brutish races like half-orcs and goliaths tend to be barbarians; elves pick classes related to magic or nature. Even my tiefling warlock makes sense, Capehart says: “Tieflings are creatures with demonic or devilish ancestry, therefore it is easy to conceptualize them selling their soul to a devil or demon.”

Down the road, of course, you can try more challenging combos. “It’s really inspiring for newer players to see their halfling barbarian or tiefling druid party member having a blast at the table,” says Capehart.

You can even use a pre-generated character. Grab an official pre-gen character sheet and you can concentrating on building your character’s story. If you build your own, check Geek & Sundry’s guides to starting out with each class.

Capehart applies a story-first philosophy to all parts of character creation:

The advice I give everyone when starting out is to follow the story, not the numbers. If they have the time, I suggest they read about the world itself before constructing a character. The official D&D universe of The Forgotten Realms has a ton of lore and information for players to create ideas from. What this does is build a connection between the player and the character.

As their character’s backstory is crafted, they draw closer to the personality, goals, history, and even the sound of their character. They become more than a piece of paper and some dice.

If you enjoy the story you’re telling, he says, you’ll enjoy the game whether or not the dice roll in your favour. The big advantage of tabletop RPGs is that they can tell complex, free-form stories; lean into that instead of obsessing over which armour will give you the best defensive stats.

If you expect to use your character for more than one or two sessions, give them some depth. “I fell into a pitfall early on by creating two dimensional characters,” says Capehart. He found himself “saying the same things, making the same decisions, and creating flat relationships. I was so bored that I would find myself looking for ways for my characters to die just so I could switch to something else!”

Don’t let your character stats dictate your story. Just because your intelligence score is low, or your charisma is high, doesn’t mean you have to roleplay those attributes all the time. Those stats are more about the skills you test by rolling dice. (Of course, if you want to roleplay your stats, you can!) While D&D is the oldest RPG and still the most popular, it’s not the simplest, especially during combat. And it’s oriented toward a certain kind of story, emphasising dungeon crawls and fights. Plus it’s set in a medieval fantasy realm, whereas you might want to play in the modern day, or in a cyberpunk future.

There are hundreds of roleplaying games in all kinds of genres. Go to your local gaming shop and ask an employee to help you find a game that seems fun for you. But some games, like Shadowrun or Mage, are harder to learn as your very first RPG.

Capehart recommends Blades in the Dark, a steampunk urban fantasy game. “While BitD is pretty specific in genre,” he says, “it offers great tools for players to hop into the game by laying out a lot of the framework for you.” He also likes how the game rewards players for their narrative choices.

He also recommends FATE Core, a system that adapts to any genre. “It really stresses that the rules should not get in the way of the story, and encourages the Game Master to tell a story with the players vs the temptation to play against them.” You’ll need to spend more time figuring out your setting and characters, but you’ll spend less time doing arithmetic.

There are also many homages to D&D to appeal to different strengths. If all the roleplaying and grand quests freak you out, try Dungeon Crawl Classics, which focuses on searching dungeons and killing monsters. If you’d rather interact deeply with other characters, try Dungeon World, which takes more of a collaborative-theatre approach.

Whatever game you choose, you’ll have a better experience if someone in the group is an experienced tabletop gamer. If everyone in your group is new, try playing at your local games store, or looking for a dungeon master on Meetup. They will help you get the feel of the game, and make things a lot more comfortable. Then once you’ve gotten the hang of it, you can start going crazy.