How To ‘AirDrop’ Between Windows, macOS, iOS And Android Devices

When it comes to file management, Apple fans have had it easy. Ever since Apple debuted AirDrop in OS X Lion, way back in July of 2011, moving files around your linked desktop and laptop systems (and iPhones and iPads) couldn’t be any easier.

Windows users finally have their own AirDrop-like functionality: Near Share, which debuted in the company’s big April 2018 update for Windows 10. But if your household has divided loyalties — Windows, Android and Apple products under the same roof — you’re stuck. Near Share doesn’t work with macOS, Android, or iOS (for now), and AirDrop doesn’t work with anything Microsoft touches.

Thankfully, you have a few options for getting your many platforms to play nicely with one another — at least as far as your files go.

Set up a shared network drive

The easiest way to get files from MacBook to a Windows desktop (or a Windows laptop to a MacBook, or whatever computer combination you’re using) is to share folders. You can set up a shared folder on one system as a general dumping ground for files, or you can create a shared folder on each of your systems for more flexibility.

You can also share multiple folders at once, if you don’t want to mess with however it is you currently organise files on your desktop or laptop. 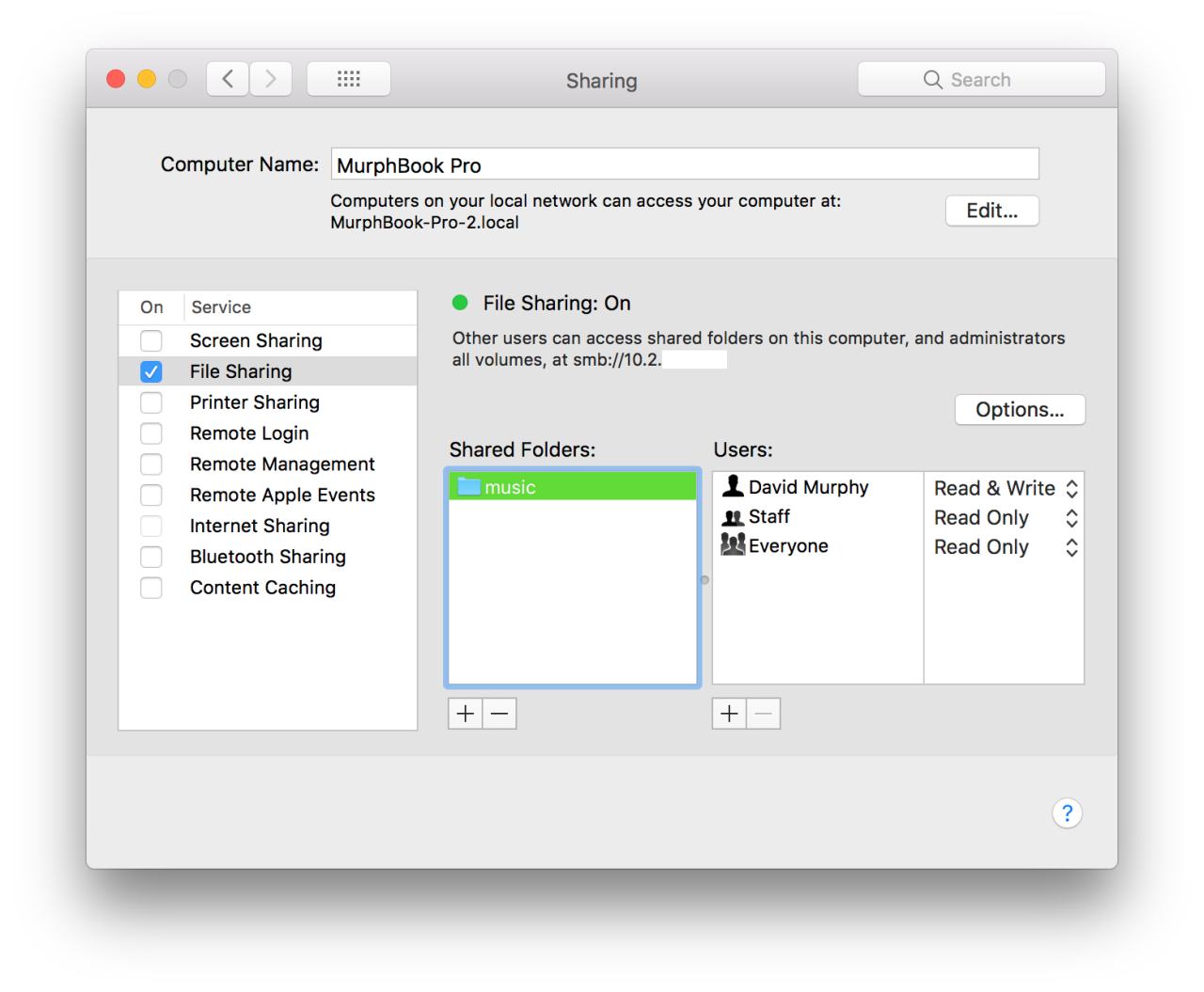 Shared folders aren’t as elegant as an AirDrop or a Near Share transfer, but they get the job done. Apple, as much as it enjoys its walled gardens, actually has pretty good instructions for setting up both macOS-to-Windows share folders and Windows-to-macOS share folders (for lack of a better way to describe them).

If you don’t want to mess with setting up shared folders, and want to have an easy way to transfer smaller files — like images or documents — between your macOS and Windows systems, give Dropbox a try. 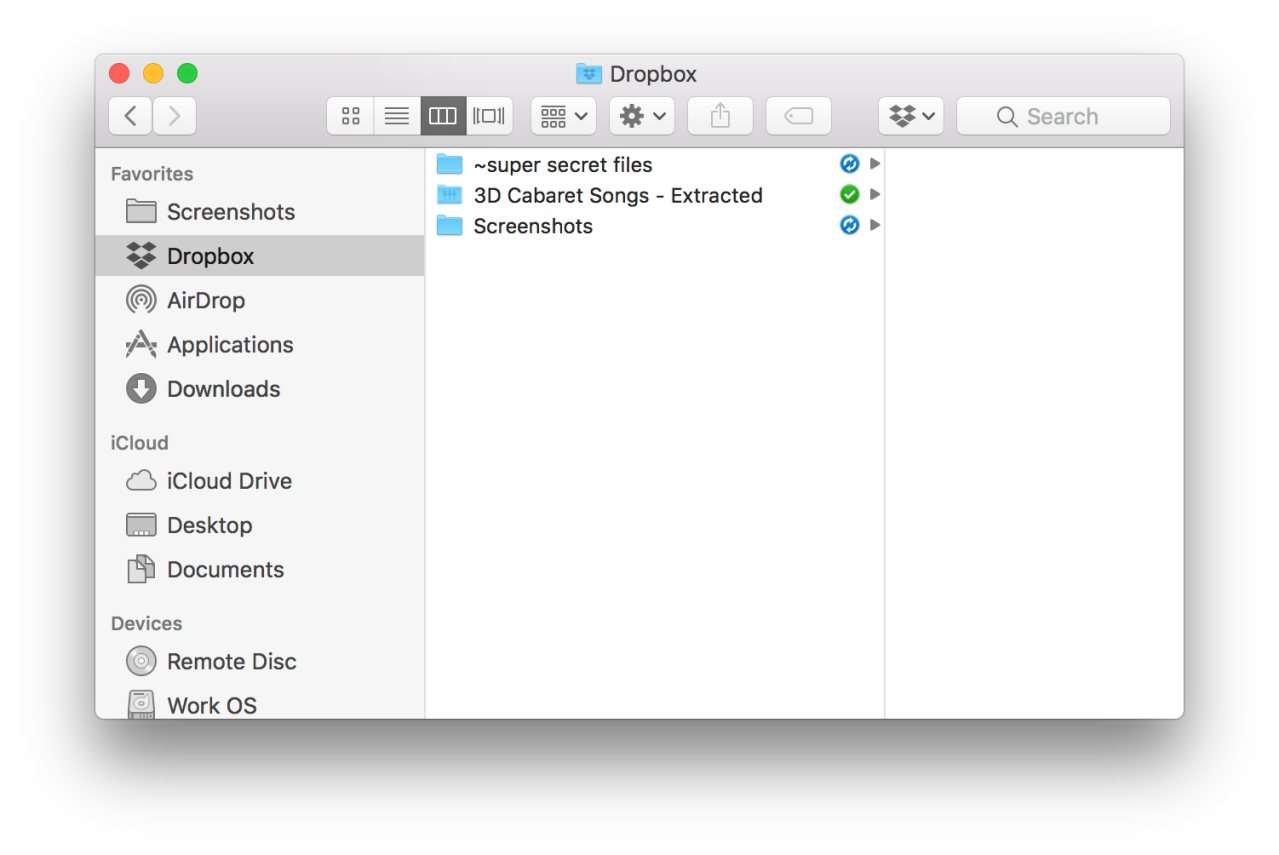 Install the desktop Dropbox app, and you’ll get a handy little Dropbox folder that you can stash any and all files into (so long as you don’t blow past Dropbox’s 2GB limit for free users). Not only will these file sync to the cloud, so you can access them anywhere from good ol’ dropbox dot com, but they will also sync with any system that also has the Dropbox app installed. Ta-da.

Use Snapdrop to send files without installing anything

The web-based tool Snapdrop looks a lot like AirDrop for your browser — and I’m surprised Apple hasn’t tried to sue it into oblivion. Nevertheless, if you open the website on different computers or mobile devices (connected to the same network, of course), you’ll be able to drag-and-drop files from one to the other. (I couldn’t get Snapdrop to work on iOS — even in Safari — but had no issues on macOS, Windows, or Android.) 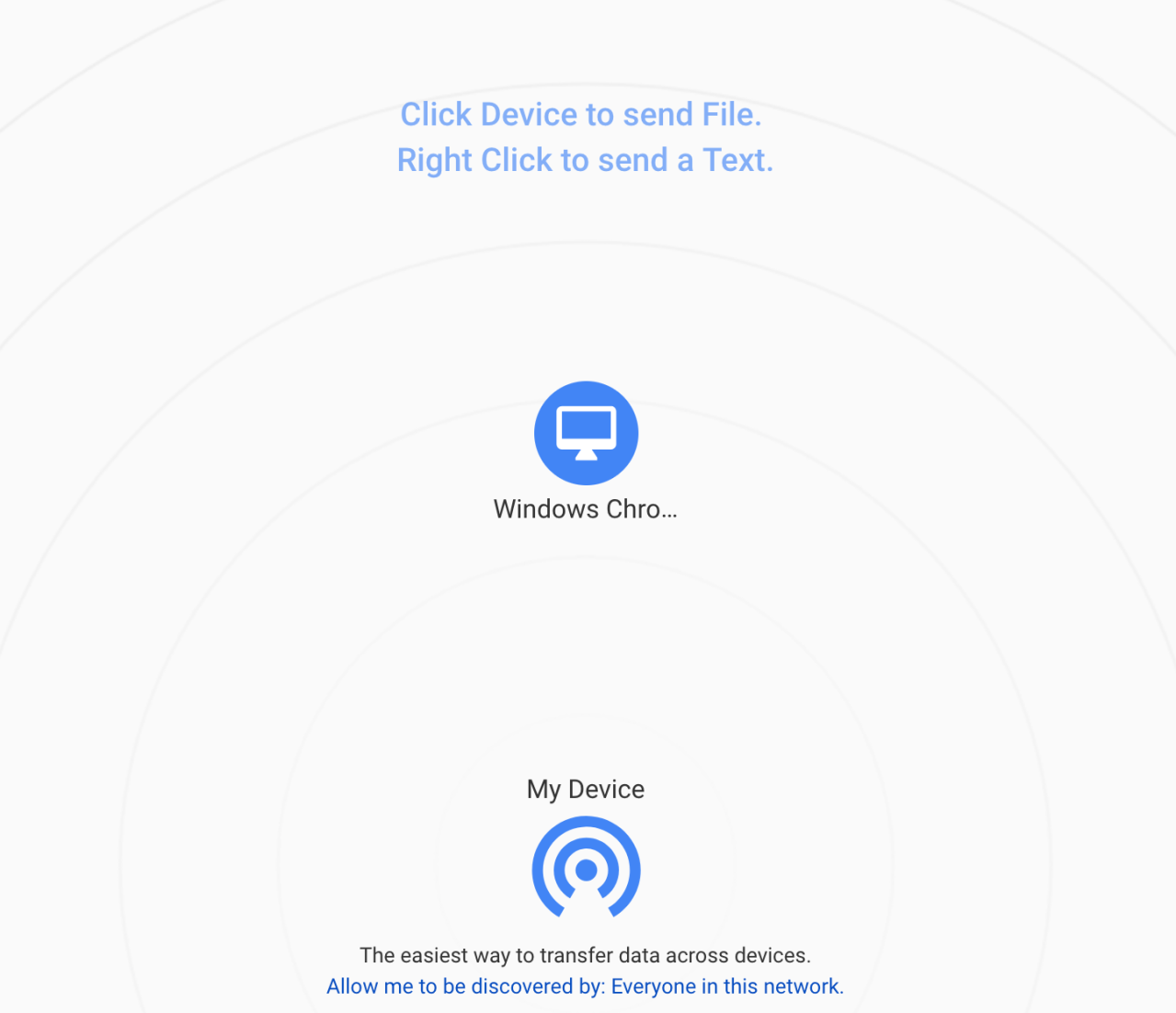 The only downside of Snapdrop is that someone over at the receiving computer has to manually click a prompt to receive sent files. So, Snapdrop is a little less useful if you’re trying to send files around your own computers — at least, if they aren’t in the same room — but it’s incredibly helpful if you need to send files to a friend or family member. You can also send messages to any other systems that are currently using Snapdrop, which offers lots of opportunity for creativity.

And, no, the files you’re sending aren’t stored on some hidden Snapdrop server or anything like that.

AirDroid is a great cross-platform tool

AirDroid reminds me a lot of the browser extension Pushbullet, which allows you to send messages and files between your computers and mobile devices — regardless of platform. Though AirDroid isn’t quite as elegant as an AirDrop, it does a commendable job of bridging the gap between your Windows, macOS, iOS and Android devices.

Though you’re welcome to sign up for an AirDroid account if you want, the desktop apps don’t require you to have a login to use their basic functionality. Just click on the “Fast Transfer” button on their main sign-in screen and any devices that are also running AirDroid — and connected to your network — should appear on a list.

Click one to pull up what looks like a little chat window, which you can use to send over messages and files (but not folders; you’ll have to pay $US20 ($27) a year to unlock that feature in AirDroid Pro). 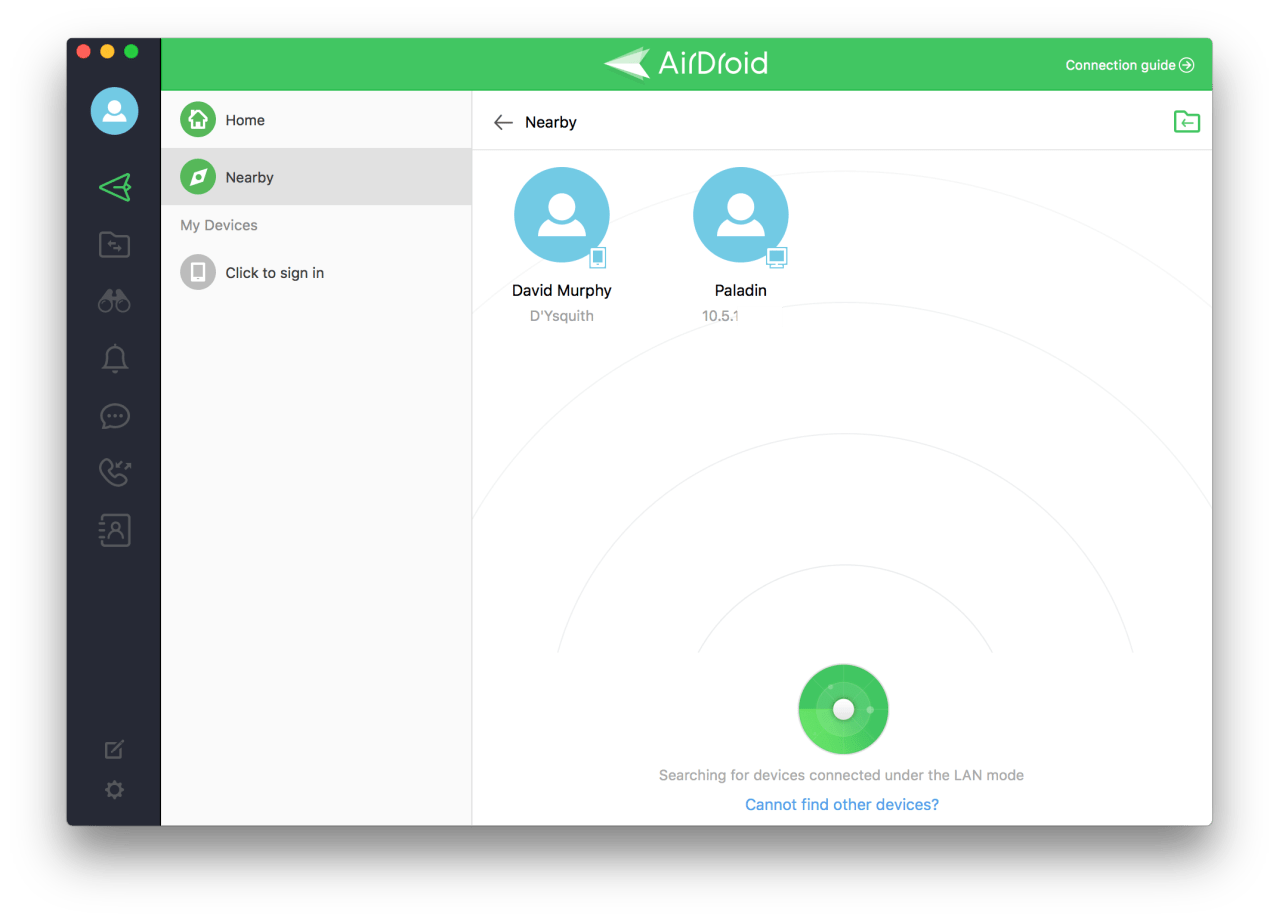 This shouldn’t come as surprise, given AirDroid’s name, but using the mobile app on an Android device unlocks even more functionality. Install it, sign into your AirDroid account, and you’ll be able to manage your files, receive Android notifications, send and receive text messages, and view missed calls directly from the desktop app.