Australian broadcast television is sitting on a demographic time bomb as it continues to lose young viewers at an accelerating rate.

Broadcast television remains by far the most-watched source of content, but that doesn’t mean Australia’s broadcasts should give themselves a pat on the back. It’s only the rusted-on 50+ demographic which is keeping the figures from going into total freefall. The 18 to 35 demographic – the next generation of seniors – is looking for entertainment elsewhere.

In 2017, Australians watched an average of 79 hours and 30 minutes of broadcast television on in-home TV sets each month – a 7% drop on the same time in the previous year. This decline is accelerating, as the 2016 figure was only a 5% drop on 2015. 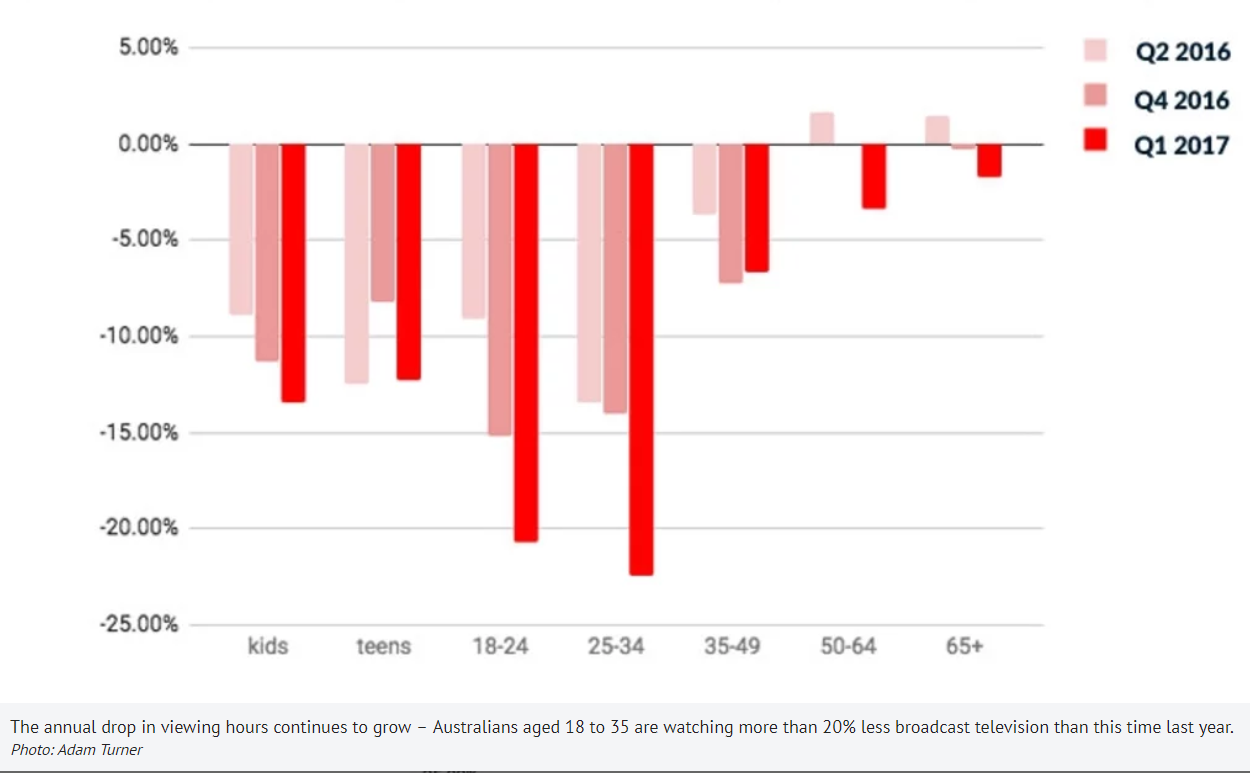 While this overall gradual decline doesn’t sound too bad, the story gets a lot worse when you break the figures down into the various age demographics.

The figures for viewers under 18 don’t look much better and the above graph, based on the industry’s own raw numbers, makes it clear that Australia’s broadcasters have a big problem on their hands.

This is the graph that Australian broadcasters don’t want to talk about and they’re deluding themselves if they think young people will suddenly flock back to traditional broadcast television once they become senior citizens.

In my home, we only ever watch live television for the sport – we rack up more hours during the three weeks of the Tour de France than the rest of the year combined. How do these figures line up with your household viewing habits? What could the broadcasters do to win you back?