Here’s an issue that likely wasn’t planned for when NBNCo started building their NBN nodes around Australia. Those big green boxes on the side of the road might be prone to flooding, rendering them useless, or they might even be taken out by a vehicle. That’s what happened in Kellyville, NSW recently.

So what happens when a car hits an NBN node?

Dave Cooper, on Twitter, posted these images of a collision between a Suzuki Swift and an NBN node in Sydney’s northwest.

Managed to pick this up off a facebook group. This is why the #nbn node on Redden Drive in Kellyville was taken out! (Credit: Nathan Burke, reposted to blank out number plate) pic.twitter.com/pkX0T9vrXl

He also suggests that it would result in a likely outage of around 270 premises and that the location of the node, on an outside bend, may not have been the best place for the box.

The images show rain-slick roads and the node completely uprooted from the earth, with the Swift’s back wheels completely in the air. Checking services in the area, Optus has not reported any outages but according to Telstra’s website services are interrupted with an expected restoration time “to be confirmed”. 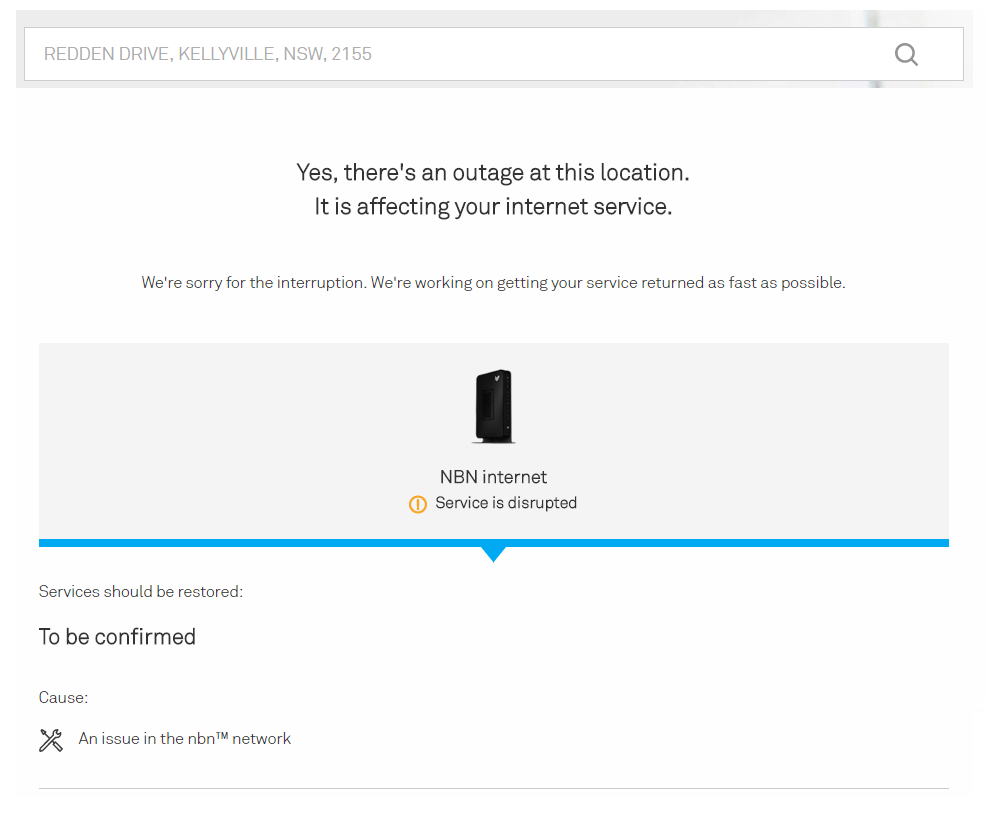 This isn’t the first time an NBN node has been put in a questionable location. One response to Dave’s tweet shows an NBN node on the back of a truck, after the original installation was installed in a floodway.

Update: An NBN spokesperson confirmed with Lifehacker this afternoon that there are indeed interruptions to services in Kellyville that affect around 280 services. It appears that NBNCo have taken swift action to remedy the situation however because an entire car has rocketed through the box, services will likely not be restored until tomorrow evening.

The full statement is below:

“NBN Co is working to restore services in Kellyville after significant damage was sustained to a node cabinet as part of the nbn™ access network. Approximately 280 services have been affected.

NBN Co technicians have made the area safe and works are currently underway to rebuild the site. Due to the extent of the damage and substantial remediation required, it is estimated services will be restored by tomorrow evening.

We apologise for any inconvenience caused and we ask residents for their patience while this critical work is carried out.”