Talk To The Upside Down With This Facebook Messenger Bot

Whether you’d like to get into the Stranger Things spirit without sacrificing your apartment security deposit, or you just miss shooting the breeze with SmarterChild (RIP AIM), there’s a chatbot for that. 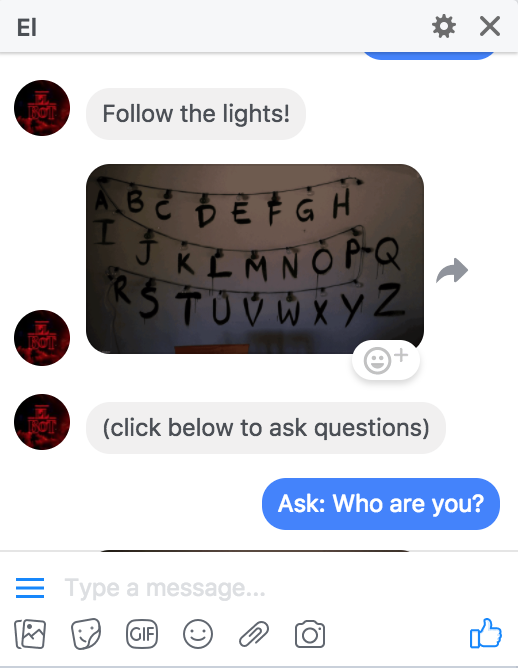 The Main Menu gives you clickable options to Meet the Characters, Hear the Soundtrack, Talk to the Wall, or Read the News. If you choose the first option, it asks you a few questions that seem like they’re aiming to establish where you are and how much you know in the series before giving you a series of GIFs and trivia about your selected character. The others allow you to unearth a playlist, read recent news stories, or have a very brief clickable-option-only conversation with a GIF of the infamous wall. 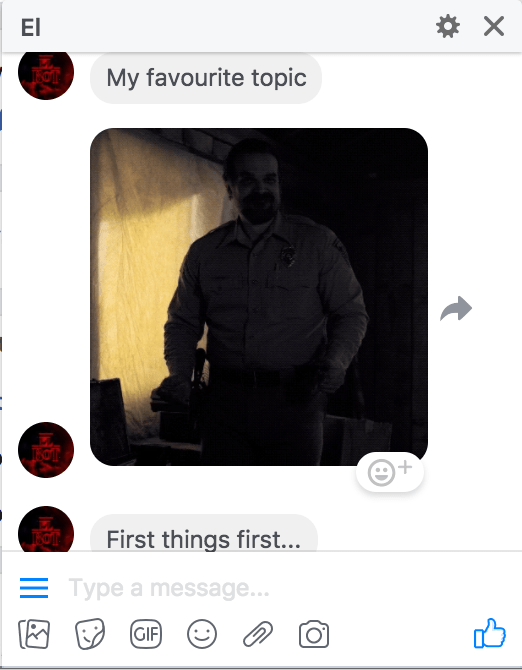 Most of the interaction with El needs to be done via the button options rather than text input; typing in questions or even character names outside of the main D&D party is met only with confusion. She doesn’t respond to “Benny”, which seems very ungrateful if somewhat appropriate. I also somehow managed to break a plugin after asking too many unrecognised words, which feels like it should trigger a nosebleed GIF. 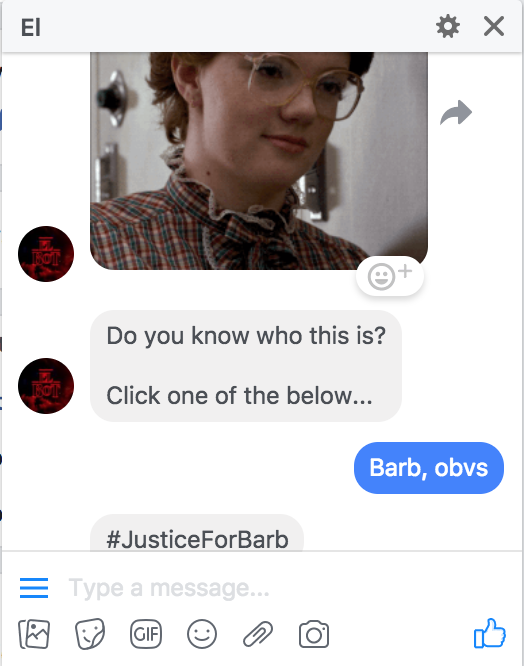 It’s distinctly lacking in attitude, unlike its namesake, but it’s enough for an amusing 15 minutes, and I found at least one fun little Easter egg (we won’t spoil it here). El bot is also only about a week old, so she still has learning to do. And who doesn’t want a little more dancing Hopper in their day? 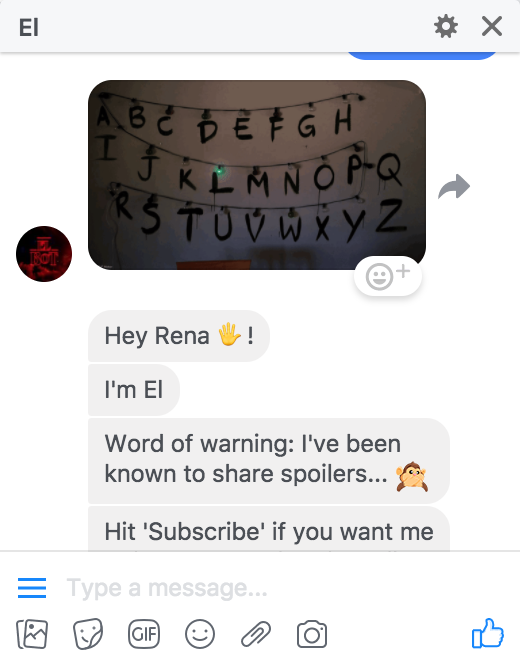 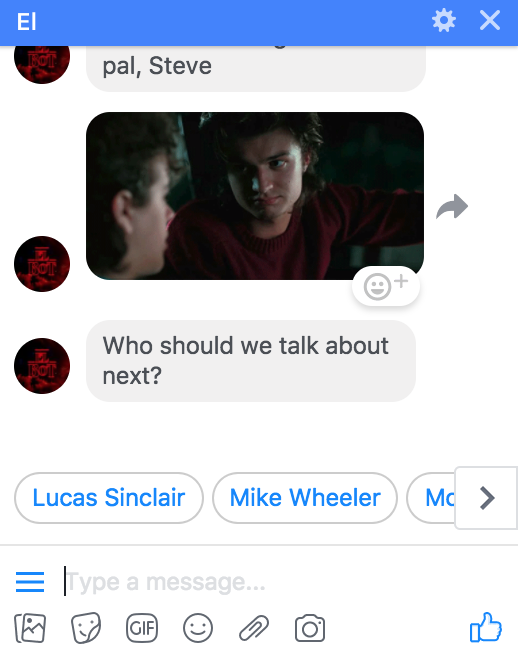