Review: Is Samsung’s Galaxy Note8 Worth The Money?

In the late 1990s, as mobile phones moved from analogue bricks to modern digital handsets, small was king. Manufacturers went on a miniaturisation race that peaked with comedy film Zoolander’s 2001 parody of a 30mm flip phone.

Then Apple brought smartphones into the mainstream with the original iPhone in 2007 – and suddenly people needed a decent-sized screen, just like a computer. The first iPhone had a 3.5-inch screen (which was mind-blowing at the time) but years of phone makers out-sizing each other has taken us to a point now where most high-end devices have 5.5-inch and 6-inch screens.

Long before big was the norm, the Samsung Galaxy Note was the model representation of a hybrid between tablet and phone – the genre once awfully named the “phablet”. The Note was an expensive, high-end device – with a pen – made for executives and geeks.

But now every phone is massive and no one says “phablet” any more. So what place in the world does the new Samsung Galaxy Note8, released last week for $1499 in Australia, have?

The hot elephant in the room

Let’s address what everyone is thinking first. Last year’s Galaxy Note 7 is now a genuine antique item. Within weeks of its release in the middle of 2016, battery problems caused some of units to catch fire. Customers’ hotel rooms were scorched, and airlines banned the devices from planes.

First there was a global recall, then when the fixes didn’t work, a second permanent recall took place. Telecommunications providers even cut off mobile network access so that people couldn’t use the Note 7 even if they had one. Samsung apologised and promised after the debacle that post-production testing would be boosted and design problems that caused the overheating would never be repeated.

With only just one review unit to test in just a few days, I can’t tell you empirically that the Note8 will not suffer similar problems. But after the publicity nightmare that the Korean manufacturer had last year, my money is that this phone is the least likely to catch fire out of any computing device on the market. 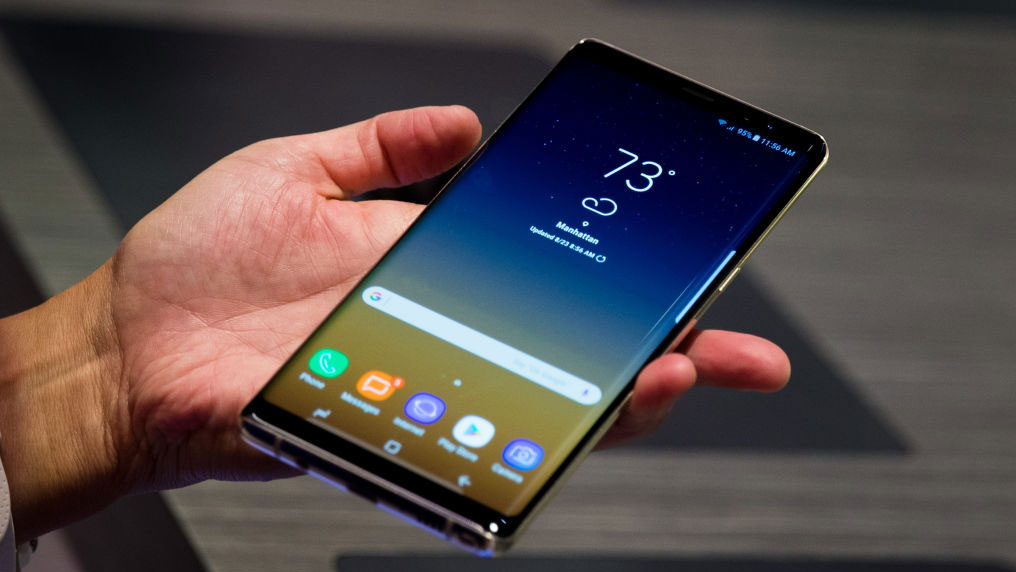 The screen is touted by Samsung as the best in the business, and it’s hard to disagree. The “infinity” display, which Samsung had on the Galaxy S8, catches people’s attention by wrapping around the edges – pretty much all of the front face is screen.

The picture quality is stunning with a Quad HD+ Super AMOLED screen capable of 2960×1440 resolution. By default, the screen is set to full HD (2220×1080) — presumably to conserve power – so users that want the best picture and video experience will have to manually upscale the resolution in the settings.

Diagonally it measures 6.3 inches, but this measurement is starting to become meaningless for comparison these days because some manufacturers — like Samsung and LG – have made their rectangles longer than others.

It’s worth remembering Apple is about to release its first phone (iPhone X) with the sophisticated OLED screen next month but Samsung has been doing it for many years.

Too much Samsung to handle 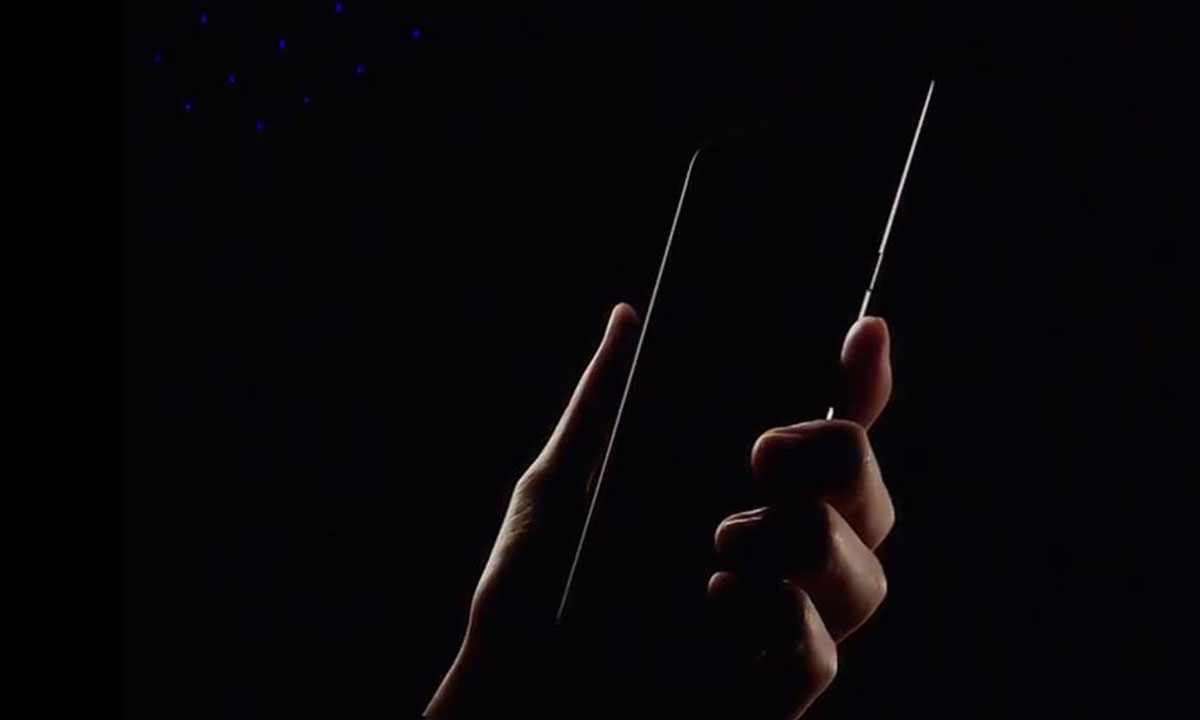 Holding a phone with a 6.3-inch screen is a challenge. Sure, Samsung has made it narrower for easier grip with one hand — but the longer body also means it always feels off-balance when you are trying to type or swipe on the bottom half of the phone.

The silky glass finish feels the same as the Galaxy S8, which, for me, is the nicest texture of any of the premium handsets out in market. Although in practical terms it can get slippery and smudgy – a protective cover is highly recommended.

Like the S8, the Note8 is water and dust resistant.

Unfortunately the biometric security on the Note8 still suffers from the same annoying issues as the S8.

Iris scanning is secure but it’s too slow, considering how many times a smartphone is unlocked in the course of a day. It’s not like unlocking your personal computer, which occurs once or twice a day. Phones are locked and unlocked dozens of times.

The less secure facial recognition seems to be faster than S8, but still can’t handle everyday hurdles like the user putting on glasses or a hat. Recognition in low light seems to have improved, but maybe I just had a clearer security portrait registered on the Note8 than the S8.

And the fingerprint sensor is still awful – it’s unusable in its position right next to the back camera lens, with any approaching finger threatening to leave a smudge that will ruin future photos. The ridiculous position is actually even more problematic than on the S8, because, with the Note8’s extra length, the sensor is even harder to reach while gripping the handset securely with one hand.

So you’re really left with some sort of critical compromise for all three options. Not good times.

The pen is mightier than the finger 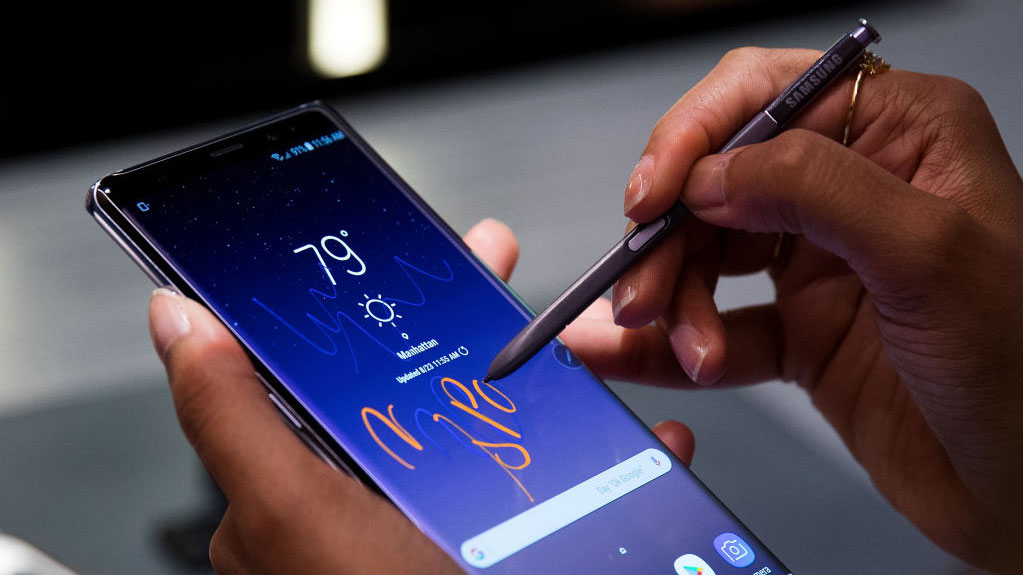 I’ve used electronic pens since 1990s. Long before touchscreens were prevalent, devices like IBM Thinkpad tablet computers and Palm’s handheld digital assistants used styluses as an input medium. But since the rise of modern smartphones, keeping a separate pen seemed archaic and I’m now used to using fingers on screens.

But the precision of the Note8’s stylus, which Samsung calls the S Pen, was impressive enough to make me a bit nostalgic for the old days. The tip detection of the S Pen is very fine, and the pressure sensitivity is granular.

One of the best software features is the ability to quickly make handwritten notes without having to unlock the phone. The Note8 detects when the pen is taken out of its holder and automatically brings up the notebook app, or the user can manually invoke it by tapping on the screen while having the S Pen button pressed.

This act is so wonderfully natural, the Note8 is literally living up to its name – this may finally be the solution for people that are still attached to carrying paper notepads or Post Its everywhere.

The pen also lets users get creative with graphics, like graffiti all over your photos to give it the Snapchat effect. 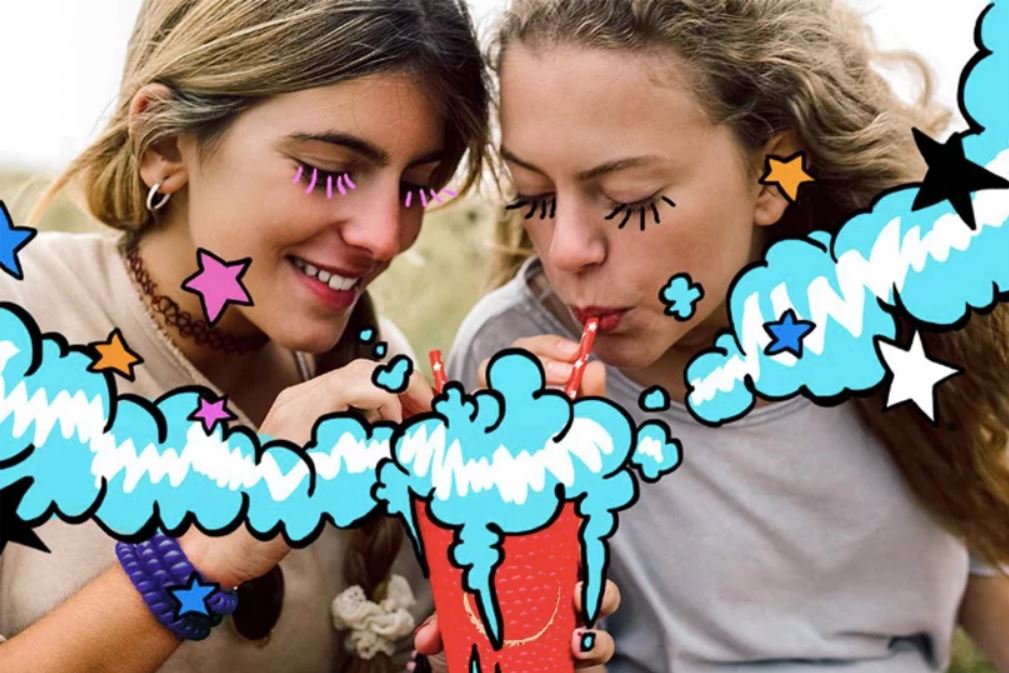 No more sleepovers Phone users in 2017 are accustomed to excellent battery life. All the manufacturers have made great strides in this area in the past couple of years, and even Apple iPhones fare pretty well now.

Unfortunately, the Galaxy Note8, with its large and high resolution screen, is a bit of a step back to the bad old days. I found on most days the battery was down to 15% to 25% power remaining at the end of the day, with the worst days winding up with the percentage down to single digits.

Unless some serious power saving settings are switched on, there is no way a typical user could get away with missing one night of charging. The operating system does proactively call out apps that are sucking up power unnecessarily and provide the user an option to shut them down, but constantly reviewing such alerts is an overhead in itself.

Camera is terrific — but that’s to be expected It feels a bit redundant to say the Note8 camera takes great pictures because, really, smartphones that cost more than $1000 these days should be taking stunning photos. But the Note8 does an excellent job. The camera is one area where the Note8 has had a significant upgrade from the S8. The back now has a second lens for wider angle shooting, which is melded with the picture from the standard lens for photos that look very professional.

Here are some outdoor photos: 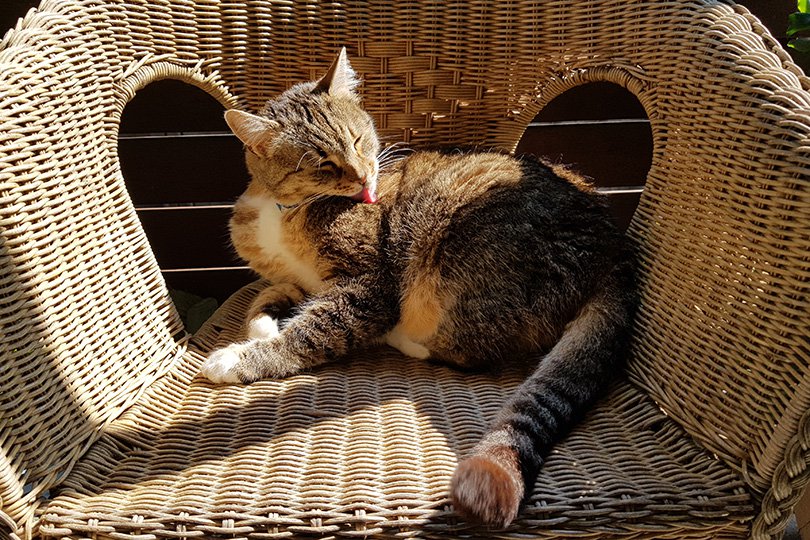 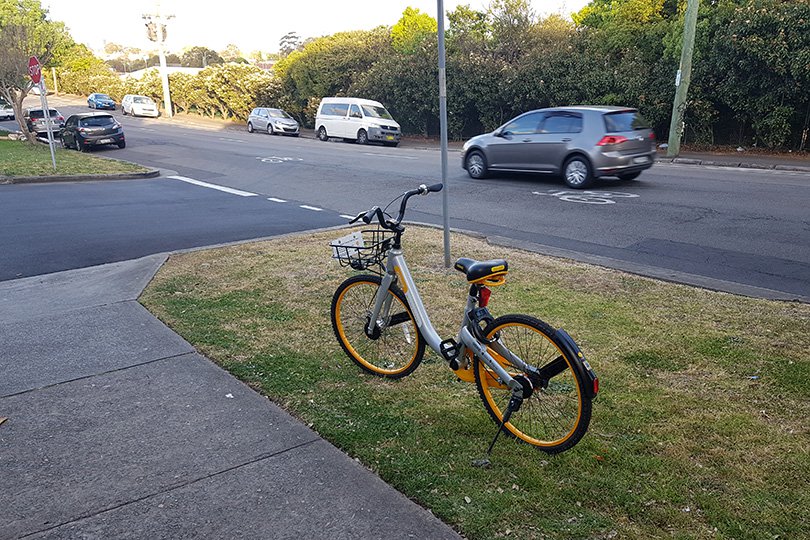 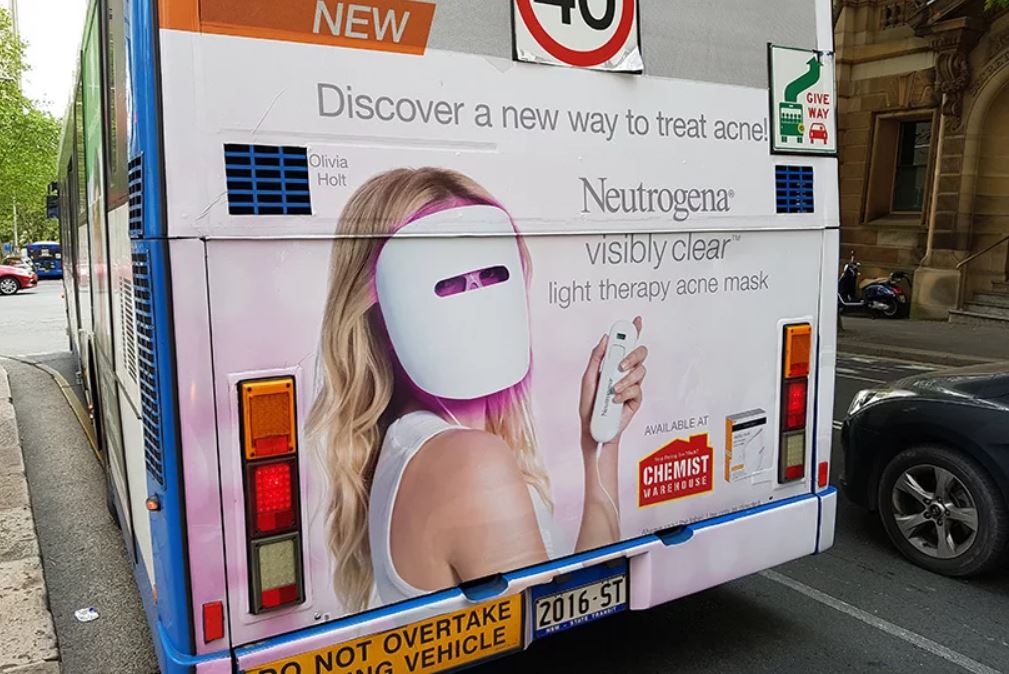 The dual lens configuration seems to have, in the space of just a year, become a standard for premium phones. With it also comes the ability to adjust the depth of field, to focus or blur the background or the foreground – another trick that wowed everyone a year ago but has now become the minimum for expensive handsets.

Here are some indoor photos: 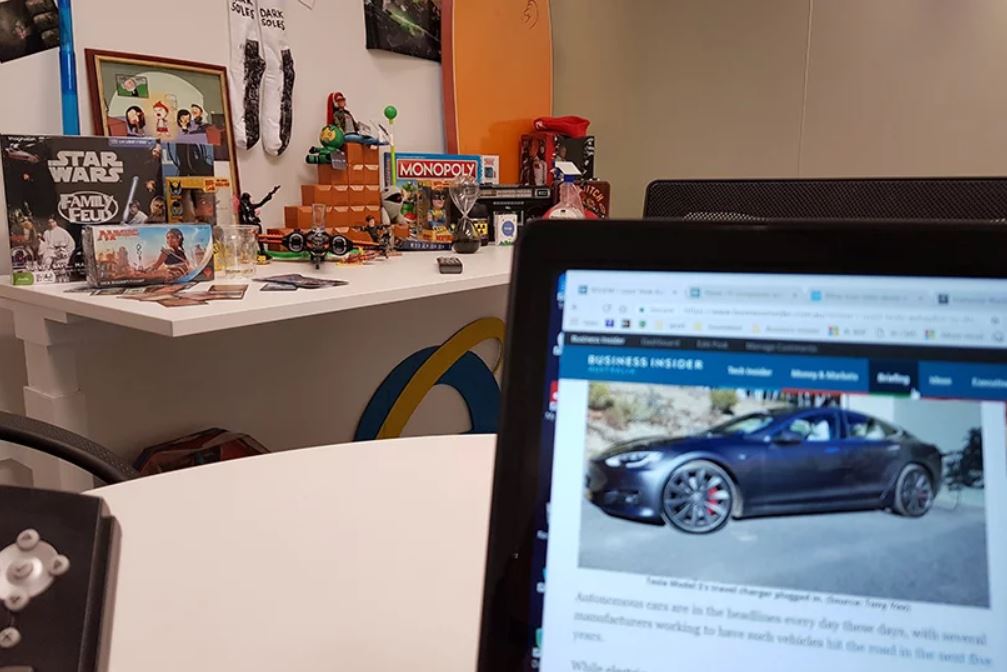 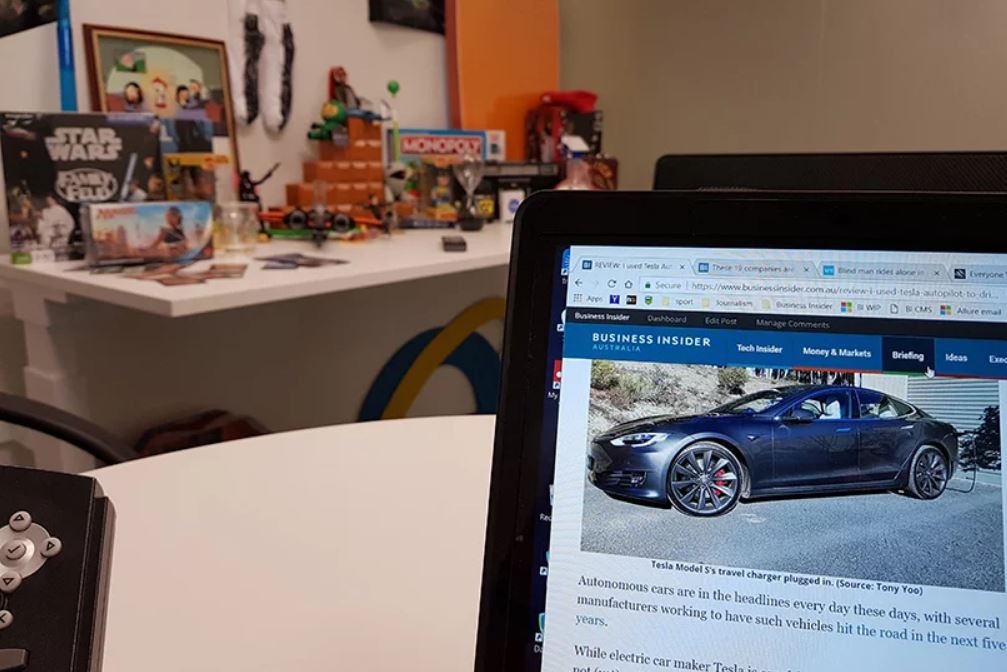 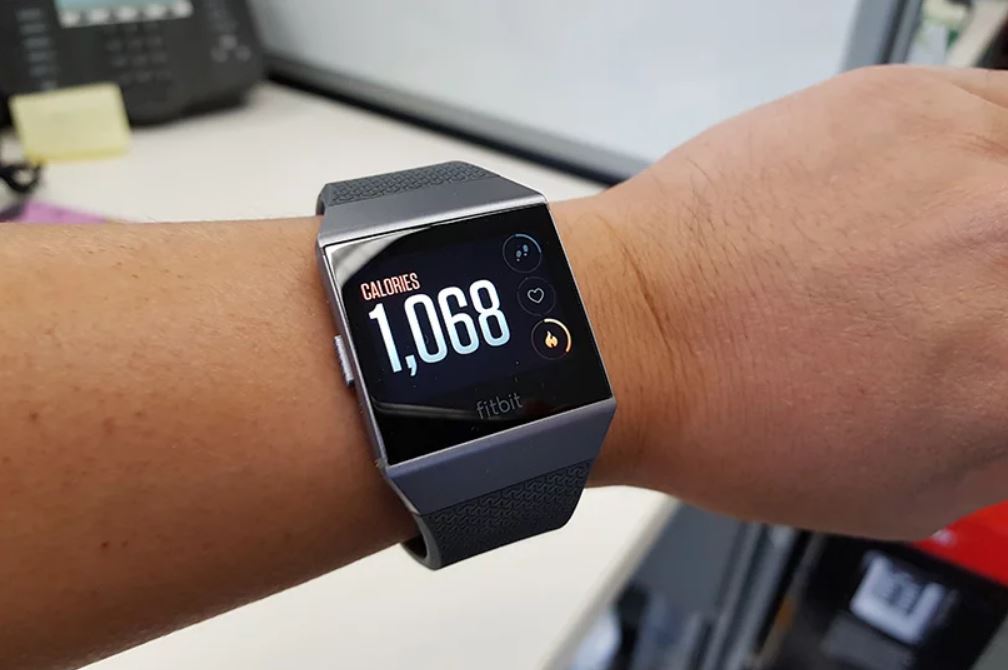 Android pretending to be Windows

Like the S8, the Note8 comes with the ability to dock into the Samsung DeX system, which turns the handset into a desktop computer by attaching it to a monitor, keyboard and mouse.

While the DeX docking unit is the same, the software on the Note8 has been enhanced to include more apps that behave differently in desktop mode and keyboard shortcuts that emulate the Windows experience – like alt+tab for switching between programs.

Priced at $1500 in Australia, the Note8 will test the wallet of the majority of phone buyers. You can get pretty much all the functionality in slightly cheaper premium handsets from Huawei, Apple or even Samsung itself, with the Galaxy S8. The OnePlus 5, which came to Australia at the end of last month, is less than half the price of the Note8.

But the Note series has never pretended to be for everyone, and those who love using pens and desire a big screen with stunning pictures will find the 8 to be the best in its class. Those who make the commitment, however, will have to do so with eyes wide open about the poor battery life.