So this is interesting: In my Facebook parents’ group, I asked for suggestions for kids’ books that were just a little disturbing. I got nearly 300 responses — from a group that usually supplies maybe nine or 10 answers to the average child-rearing question. (Q: Why won’t she eat? A: Maybe she’s not hungry. Q: Why won’t she go to sleep? A: Because she’s demon spawn.)

It turns out that people have opinions on disturbing children’s books. Evidently, there are a lot of creepy reads — even setting aside major problems, like the awful race and gender issues of so-called classics, there are still plenty of things in kid literature to get mildly creeped out by.

Now, not everyone is going to agree on what’s disturbing — some parents think Blueberries for Sal is a no-go for its depiction of rather lax parenting. (OK, she does let her kid get lost among hungry bears, but it’s still a favourite in our house.) I myself think The Runaway Bunny is a little weird and stalkerish, but others love it.

But there are some books that everyone agrees are just off. 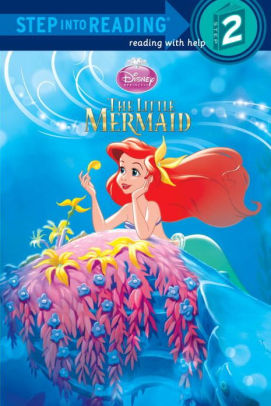 “Your beautiful form, your graceful walk, and your expressive eyes; surely with these you can enchain a man’s heart,” says the witch.

The Step Into Reading book claims to allow children ages 4-6 to “relive the magic” of the Disney movie, if by magic we mean the male gaze and Faustian bargains.

Now, you might say, “But this is a classic!” Yes! You know what else is classic? The patriarchy. 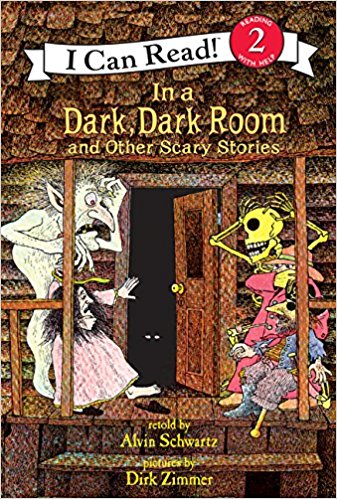 So this story, part of a collection titled In a Dark, Dark Room, is also an “I Can Read!” book. The story The Green Ribbon has evidently terrified generations of readers — Buzzfeed ran an article titled For Everyone That’s Still Fucked Up Over That Story About The Girl With the Ribbon Around Her Neck — and it is still available to frighten kids grades 1-3. In the story, Jenny always wears a green ribbon around her neck and declines to tell her friend Alfred, later husband, why. Until Jenny and Alfred reach old age, at which point I guess she thinks, oh fuck it, like you or I might about not shaving our legs, and allows him to untie the ribbon — and her head falls off onto the floor. That is some Gothic shit, my friends. Don’t do this to a first grader.

The Meanest Thing To Say 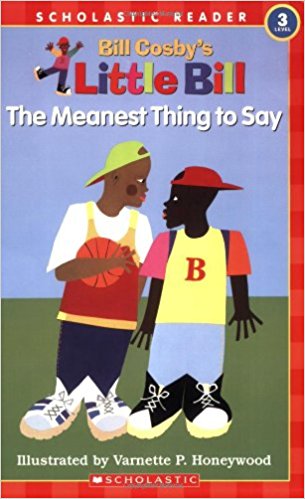 Also a book for beginning readers, this is a children’s take on the game The Dozens, in which kids on the playground vie to say mean things to each other, and “Little Bill” has to figure out how to play with the other kids while remaining true to himself. Sounds ok, right? It’s by Bill Cosby. (Shudder.) 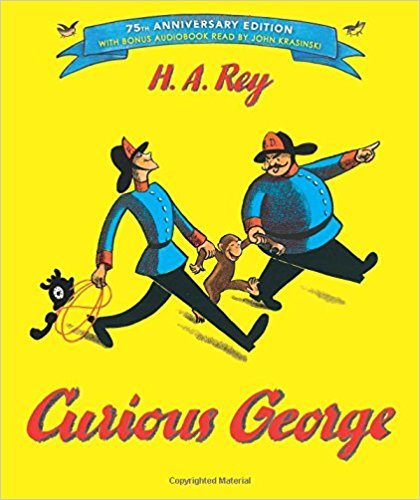 Full disclosure: We have this book, so it doesn’t bother me that much. But still, that first scene, in which the Man in the Yellow Hat kidnaps George from Africa, always makes me flinch: Where is George’s mother? What about her story? Now one could argue, and I’m sure some of you will, that a lot of children’s books feature dead, neglectful, or otherwise absent parents for a reason — that kids should experience independence, adventure, and risk-taking in the imaginary world of books. I hear you, but still, George’s kidnapping always sends a tiny little bolt of grief through my heart.

The Bad Mood and the Stick 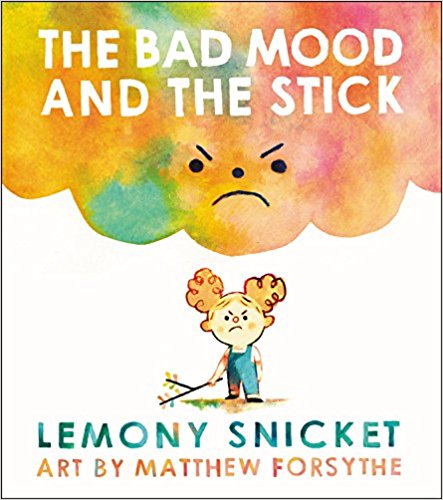 This is the new Lemony Snicket picture book. It came to my attention when the writer Justina Ireland tweeted out a crucial plot point in the story, which is: A white man removes his pants in front of a woman of colour, as she protests, but it’s ok because she later marries him. I’m thinking this is not great timing for this kind of book.

So, in the new Lemony Snicket picture book a white dude drops trou in front of a WoC and she falls in love with him.

Give Please a Chance 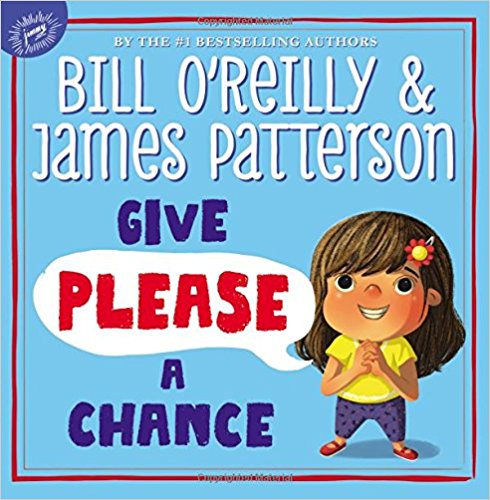 Speaking of pants, did you know that Bill O’Reilly wrote a children’s book? Oh yes he did. He co-wrote it with James Patterson, and it’s about using good manners! In fact, in the introduction, he writes: “Believe it or not, once upon a time, James and I were both kids. Life was much easier in those days because there were rules most Americans followed.” AAHHHHHHHAAA! That is some creepy shit by a creepy dude. 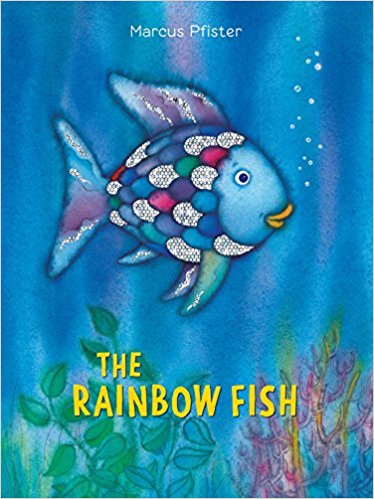 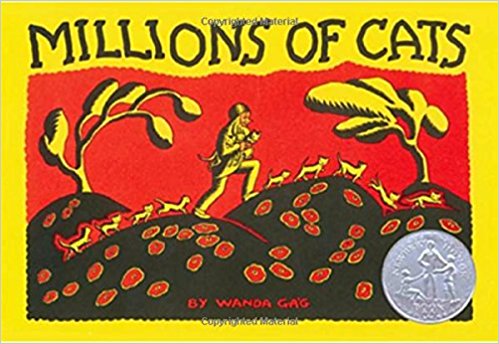 This one was published in 1928 and is still in print, so you’d think it would pretty great, right? Well, it’s not unlike the 19th-century morality tales that pervade children’s literature (like, for example, the Red Shoes, another gruesome and punitive Hans Christian Andersen fairy tale) in that the punishment for vanity is death. Though this time the story is about cats, not little girls: An elderly couple decides to adopt a cat, and the husband goes out in search of a cute kitty.

OK, fine so far. But then he finds millions of millions of cats, and can’t decide which one is the most beautiful, so they all come home with him. Then the wife decides to choose by asking the cats “which one of you is the prettiest,” at which point all the cats murder each other in a rage-melee over who’s the prettiest.

Now the illustrations in this book are quite beautiful, and it did win the Newbery, so there’s that, but…any book that ends with a lot of dead pets is a little disturbing.

The Day the Babies Crawled Away 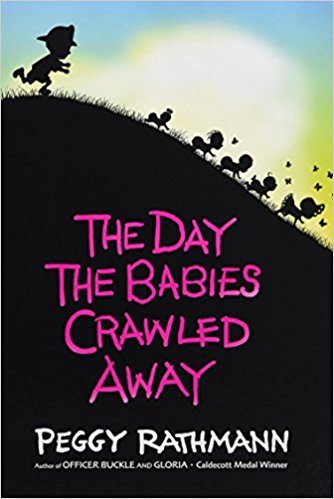 This is by the same author as 10 Minutes to Bedtime and Goodnight, Gorilla, both huge favourites in our house (though one mum friend takes issue with Goodnight, Gorilla, pointing out that Mrs. Zookeeper seems the far more competent of the two). So I was surprised to see this raised on the parents’ list. It’s a little disturbing in the same way that the tale of the Pied Piper is a little disturbing — it’s a story about babies who just up and leaving their families en masse (while their parents enjoy a pie-eating contest, which I think is a metaphor for our being on our phones too much). Which might not be too bothersome to kids, but the very dark illustrations, which recall eerie mangrove swamps and bring to mind Southern Gothic literature, combined with the “this is the day all your children just up and left” narrative, made me shiver. 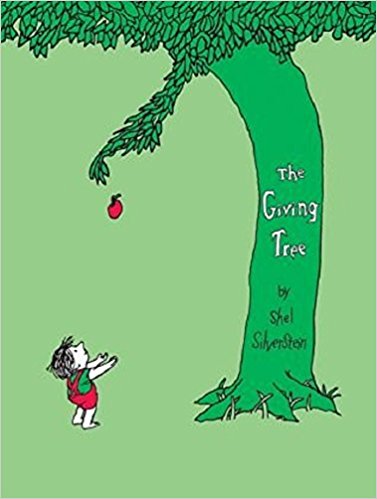 A lot of mothers hate this book. I hate this book, in which a loving tree provides shade and comfort for a little boy, who grows up and takes her leaves, apples, branches, and finally her whole self, leaving just a stump for him to sit on. It’s just a little too close to the real-life parenting experience for my taste. And yet — it is Shel Silverstein, whom I like, and one wise mum friend tells me it has sparked good discussions with her kids about selfishness and selflessness and what is too much. So, I mean, The Giving Tree doesn’t have to be a guide to life, I understand that. I still find it distressing when the mother, er, the tree, is chopped to pieces.

Ultimately, what one child or parent finds disturbing will totally resonate with another. The Story About Ping? All the Shockheaded Peter stories? Your mileage may vary. Just don’t give anyone the Red Shoes.