Hurricane Categories And What They Mean 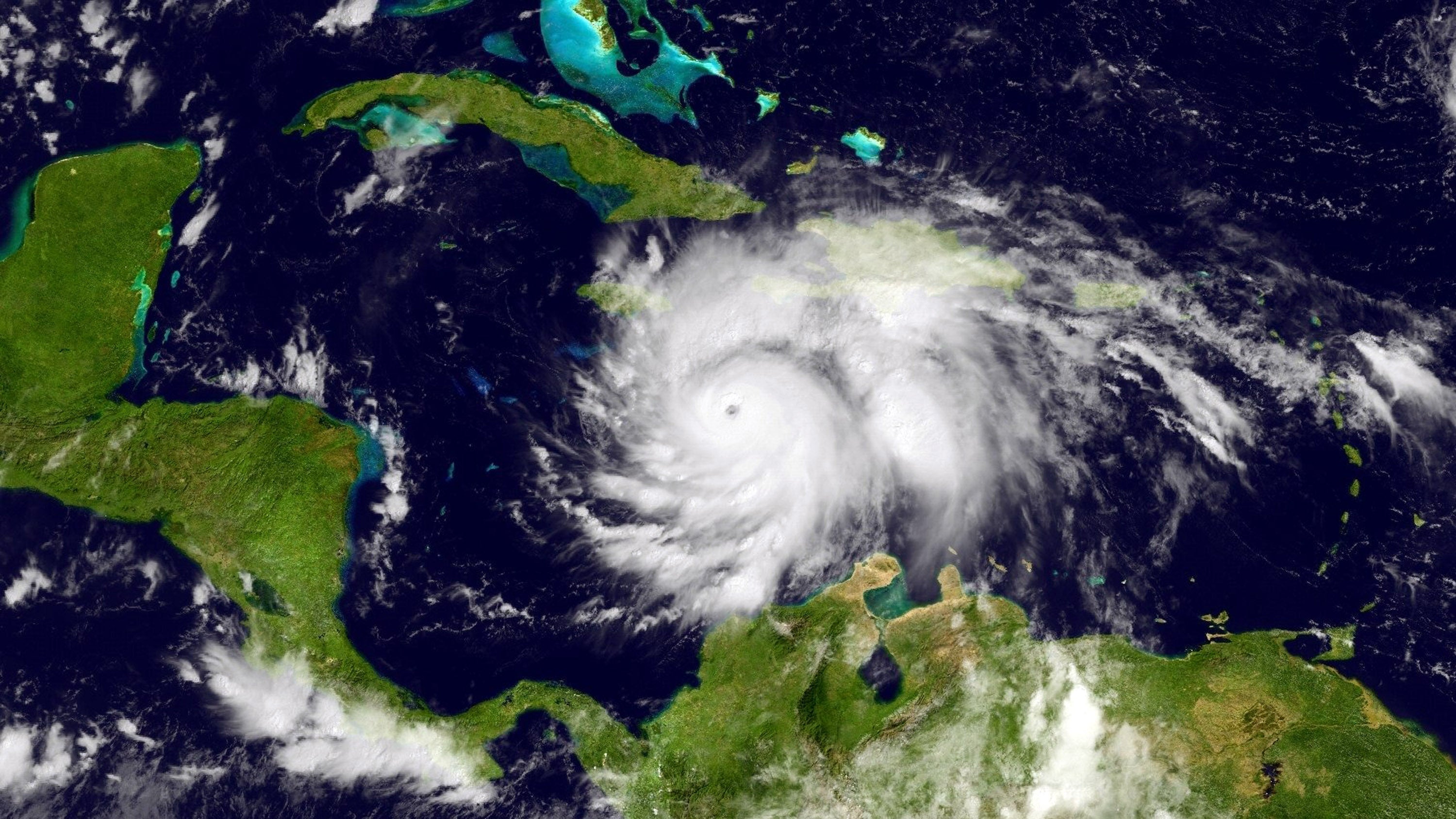 If you live near a coast in the US, you've probably been biting your nails as Irma was upgraded from a tropical storm to a hurricane, and the category numbers climbed. But what do the categories mean, exactly?

Hurricane Matthew, in 2016, at Category 4. Photo by NOAA via Getty Images

Hurricane categories are based on wind speed. Specifically, the highest wind speed that is sustained for one minute at a point 10m off the ground. The higher the wind speed, the more wind damage we can expect — although this doesn't cover other types of damage, such as flooding. High winds can knock over power lines (category 1), uproot trees (category 2) and flatten houses (category 5).

Here is the breakdown according to the National Oceanic and Atmospheric Administration:

Wind speed doesn't fully describe what to expect from a hurricane, though. Size also matters. The larger the storm, the more moisture it gathers to pour down as rain onto affected areas. Hurricanes and their weaker relatives, such as tropical storms, can also cause flooding through storm surges. A storm surge happens when water from the ocean gets pulled onto land, like an unusually high tide.

Katrina, for example, had slowed to a category 3 by the time it made landfall near New Orleans in 2005, but it caused a powerful storm surge, torrential rain, and a handful of spinoffs in the form of tornadoes. These combined to make Katrina one of the deadliest Atlantic hurricanes on record.

Meteorologists can predict these other effects, such as rainfall and storm surges, but predictions are only accurate when the storm is close to landfall. Harvey's imminent flooding was only obvious two days before the hurricane hit, when it was arguably too late to try to evacuate the whole city. NOAA has a surge prediction tool, which emergency personnel and weather forecasters can use to plan ahead.

For the bottom line on how much damage a storm is likely to cause, check out the National Hurricane Center for up-to-the-moment forecasts.