editor's picksfakingfootballpartiessportssuper bowltv
To sign up for our daily newsletter covering the latest news, hacks and reviews, head HERE. For a running feed of all our stories, follow us on Twitter HERE. Or you can bookmark the Lifehacker Australia homepage to visit whenever you need a fix.

The Super Bowl is this Monday (Australia time), with the Atlanta Falcons and New England Patriots vying for the championship. Whether you know nothing about football or you just haven’t kept up this year, we’ve got you covered for socialising with friends during the game or at work on Tuesday with talking points, betting advice, and more.

First, let’s get the details out of the way:

Super Bowl LI
TV: Fox Sports in the US and Channel 7 in Australia (we have details on how to watch it online for free here)
Time: Coverage starts at 10:00pm AEDT, kickoff is at 10:30am AEST
Location: NRG Stadium in Houston, Texas
Teams: New England Patriots (will be in white jerseys) vs Atlanta Falcons (red jerseys)

A Quick Primer on the Basics of Football

You probably have a grasp of the basic rules of football, but if not, the video above explains everything you need to know. Still, every year the NFL goes and tinkers with the rules, and this year is no different.

The biggest change this year is on kickoffs, so you’ll hear about this one on the first play of the game. Touchbacks on kickoffs now come back to the 22.86m line instead of the 18.29m line. The point of this change was to reduce the number of kickoff returns, which in turn would hopefully decrease the number of full-speed collisions, which would then decrease the number of injuries. As it turns out, the rule change had no real effect on injury rates. Kicks were still returned about as much as usual, as touchbacks only increased by around two per cent.

Otherwise, this year was uneventful in big rule changes. Chop blocks, which happen when one offensive player blocks a defensive player below the thigh while another offensive player hits them above the waist in what amounts to a two-player move in WWF No Mercy 64, are now more illegal than they used to be. It’s a confusing set of rules, but SBNation covers the details if you’re deeply invested in chop blocks.

Last year’s trial run to move extra point kicks back to the 13.72m line is now a rule. Even though it’s a year old, commentators will likely talk about it during every extra point attempt. There are a few other minor changes to the 2016 rulebook, and you can check them out over at the NFL Ops site.

Learn the Talking Points of This Year’s Game 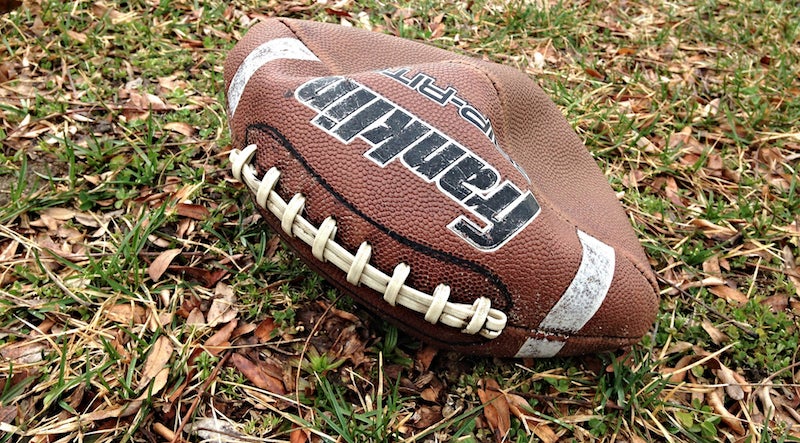 If you have a passing interest in football, then you probably haven’t bothered digging into many of this year’s stupid controversies, memes, and other nonsense. So, let’s run through a few of the main talking points for this year’s game:

It will likely be a pretty straight-forward game, and after last year’s defence-oriented game, it should also prove to be a bit more exciting to watch for the casual observer.

Know Who The Stars Are

The entertainment this year will kick off with three original members of Hamilton performing “America the Beautiful.” After that, Luke Bryan, a country singer who has a song called “Drink a Beer,” which might as well be the unofficial anthem of the NFL, will sing the actual national anthem.

Lady Gaga will headline the halftime show, marking her second appearance at the Super Bowl in as many years, since she sang the national anthem last year. As usual, she’s been hush-hush about what’s going to happen or if any special guests will appear, but considering there’s a rumour she wants to perform on the stadium roof, there’s a good chance this one’s going to rival Katy Perry’s insane Super Bowl 49 halftime show, though I’d put money on a more subdued start than Perry’s.

With that, you should have everything you need for the game. If nothing else, toss a “that was a ludicrous display” around.