How to Customise the Best New Features in Chrome 90 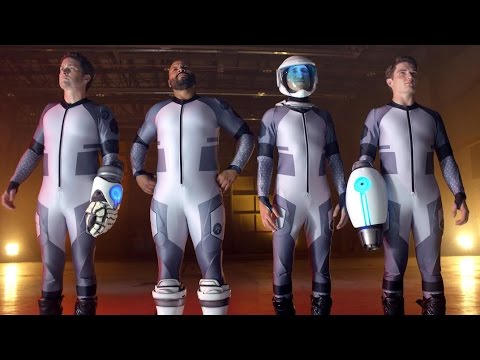 It’s the weekend, which probably means you have some down time. What better activity than catching up on some of 2016’s best sci-fi and fantasy films ?

The films below are currently available to stream (or to buy on Blu-ray) and had a relatively small or unsuccessful release, so we’re guessing you missed at least some of them. Most importantly, they’re good!

This ultra small sci-fi mind-bender is one of those films that you watch and immediately want to dissect. It’s about a group of friends who create time travel and then get paranoid about people attempting to steal it. Or have they already? It’s currently available on Netflix.

The team behind Rooster Teeth crowd-sourced this surprisingly polished and funny movie about a group of regular guys who split up elements of an alien super suit that makes its wearer invincible. For a movie as small as this is, you’ll be surprised how good it looks.

This horror anthology tells multiple stories that dive into lots of weird, creepy places, all in a vast, desert wasteland. Come for the creepy cults, stay for the awesomely-designed creatures and gross-out surgery.

This movie was a decent sized hit at the box office but, in case you missed it, you should check it out. It’s about a young woman who is mysteriously locked in a bunker and told the world is ending around her. Great performances and a killer ending make this one worth your while. Read our review and more here.

Midnight Special is a film very much made in the mould of ’80s sci-fi, with a little more heart and modern effects. It’s about a boy with special powers and the people who are ready to give their lives to get him where he needs to be. Read our review and more here.

Imagine a world where, if you don’t have a significant other by a certain point in your life, you are discarded and turned into an animal. That’s just part of this weird, hilarious and subversive film.

The world’s first wholly POV action film is light on story and character but heavy on incredibly impressive visual effects and stunts. You are put into the eyes of a cyborg on a mission to save the woman he loves and, holy crap, the things you’ll see are insane. Read our review and about the making of the film here.

This fascinating documentary follows several actors who played teeny, tiny roles in a movie you may have possibly seen before, by the name of Star Wars. It certainly has its lulls, but the best parts make it worth watching. It was actually released in Australia last year, but it only got a US release recently so we’re including it in this roundup anyway. Read our review.

The messed up exploits of an apocalyptic apartment building are the subject of this visceral thriller starring Loki, AKA Tom Hiddleston. Read our review.

Teenage Mutant Ninja Turtles: Out of the Shadows

Yes, for real. This movie, of course, got a huge release but bombed horribly. Which sucks because it’s lightyears better than the crappy first film. If you had any interest and skipped it, we highly recommend righting that wrong. Read our review.

A man stranded on a deserted island is ready to kill himself when a dead body washes up on the beach. What follows is a weird, funny but ultimately uplifting tale of a man, a corpse and what simple companionship can do for the human spirit. Read our review.