I'm Dusty Welch, Video Game Developer, And This Is How I Work 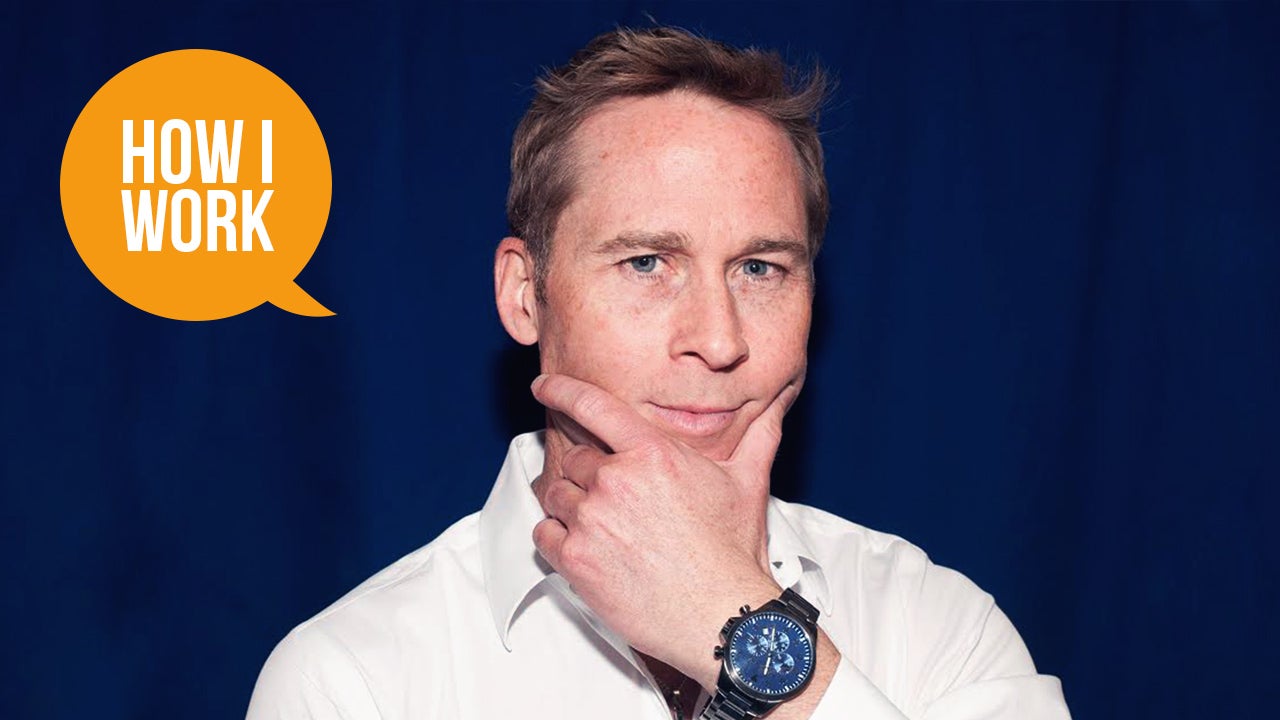 Dusty Welch is a gamer. He's the COO of Respawn Entertainment, the independent game development studio behind Titanfall. But he got his start creating another popular franchise that you've likely heard of: Call of Duty. Before Respawn, Welch was at gaming giant Activision for over a decade, making Call of Duty as well as Guitar Hero into blockbuster franchises and common staples in gaming libraries everywhere. Respawn has found success too, with their premiere game Titanfall released to much acclaim in 2014. Now Titanfall 2 will arrive on October 28, and there's also a yet-to-be-revealed Star Wars game in development.

Welch's gaming roots run back to the Atari 2600, a habit funded by his hard work as a paperboy. He no longer has a paper route, of course, but the work habit remains — as do the games. Here's how he works.

When I was a kid, the very first gig I ever had was a paper route. Half the money I earned went towards funding for school, while the other half... well that went towards fun. I bought a video game for my Atari 2600 every single month (not an exaggeration) with that fun money. Many of those games were published by Activision, which seems ironic, but was actually a very logical aspect of my career trajectory.

Fast forward 15 years and I'm working at global companies like Nestle and Dole, with a full-fledged business career. I was so fortunate to be trained there by the best marketers in the world, but to be honest, I was bored out of my mind with the one per cent market-share growth per year of those slower pace products.

Contemplating a career change, I turned to my mum who said, "Follow your heart, the rest will come..." and, at that point, my passion was still very much playing video games. So when my former boss at Nestle moved on to Activision and said I had to come meet the CEO, I decided to entertain the idea. I met with the CEO, Bobby [Kotick], and — I'm not joking — he asked me to prove that I was a gamer. In my notebook was a patch I'd earned as a kid playing Pitfall — an Activision game. I had the patch right there, so I threw it on the table. He spit out his Coke and I spent the next 13.5 years there. Finally, after creating the Call of Duty franchise and running Guitar Hero, I left Activision. That's where Respawn comes in.

What apps, software or tools can't you live without?

Figuratively, I couldn't live without my iPad — it's my daily lifeline to work and our partners around the world. It's the link. I can get everything through it. I also love my Tesla app for cooling down the car prior to entry. More literally, though, I couldn't live without SmartBP, which lets me track my health and fitness while I travel and handle the pressures of work. CyberGhost is also a lifesaver while I'm travelling, letting me download and stream Amazon content and making Pandora a whole lot easier when I'm in other countries.

What's your workspace setup like? Coffee shop with laptop and headphones? Home office with a standing desk?

I sit at a plank-wood desk with an iPad and monitors, with reclaimed bark wood on the walls to help me decompress. There's a framed collage of my Activision patches that I won as a kid on the wall for some inspiration and a photo of London city at night to keep me grounded in where we do business. 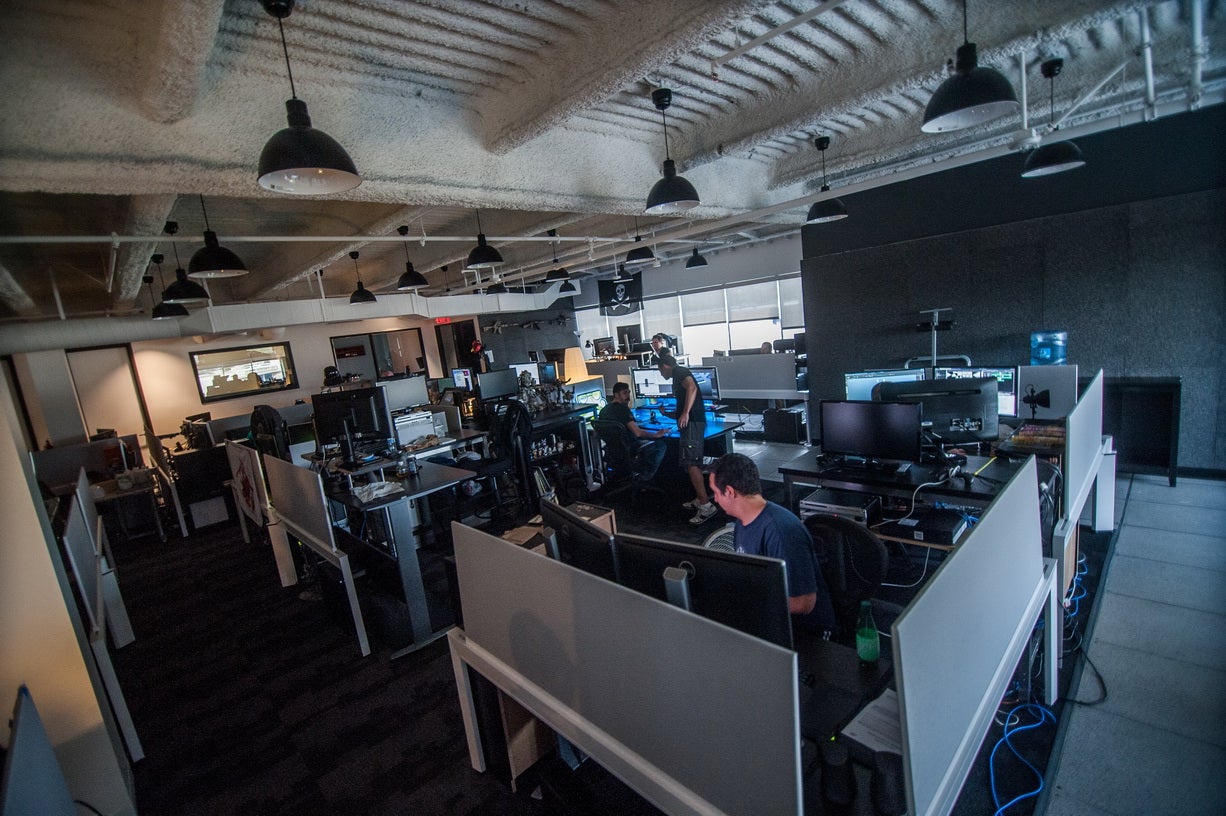 For my team updates, I don't do the typical written agendas or PowerPoints. Instead I ask for the top three concerns and where I can lean in to help. Cut to the chase and cut down on bureaucratic agendas, which are counterproductive (and boring).

Pen and paper. Get yourself a spiral-bound notepad. It lasts five months and has everything you need in there.

Besides your phone and computer, what gadget or tool can't you live without?

My Magic Bullet blender. I have one at home and one at work. Also, I can't be more than six feet away from an original formula Chapstick. It's a little goofy, but I can't live without it. Lucas' Papaw works well, too, but doesn't fit into a pocket like the classic Chapstick does.

I'll outwork you... I don't need much sleep to consistently function at a high level.

I'm an erratic, less-than-four-hours-per-night sleeper — been that way my whole life. I'm lucky to be highly functioning with that routine. Turns out many of the great dictators throughout history also have this trait — something that's a bit less flattering.

Pandora's Tiesto/David Guetta station. I love the energy, it makes me so much more productive and stirs my creative juices.

What are you currently reading? Or what's a book you might recommend?

I always recommend Unbroken — the power of the human spirit to overcome is remarkable.

And I'm about to start reading Carrying the Fire: An Astronaut's Journeys.

Crossfit. It clears the mind and allows me to strategise while working out. 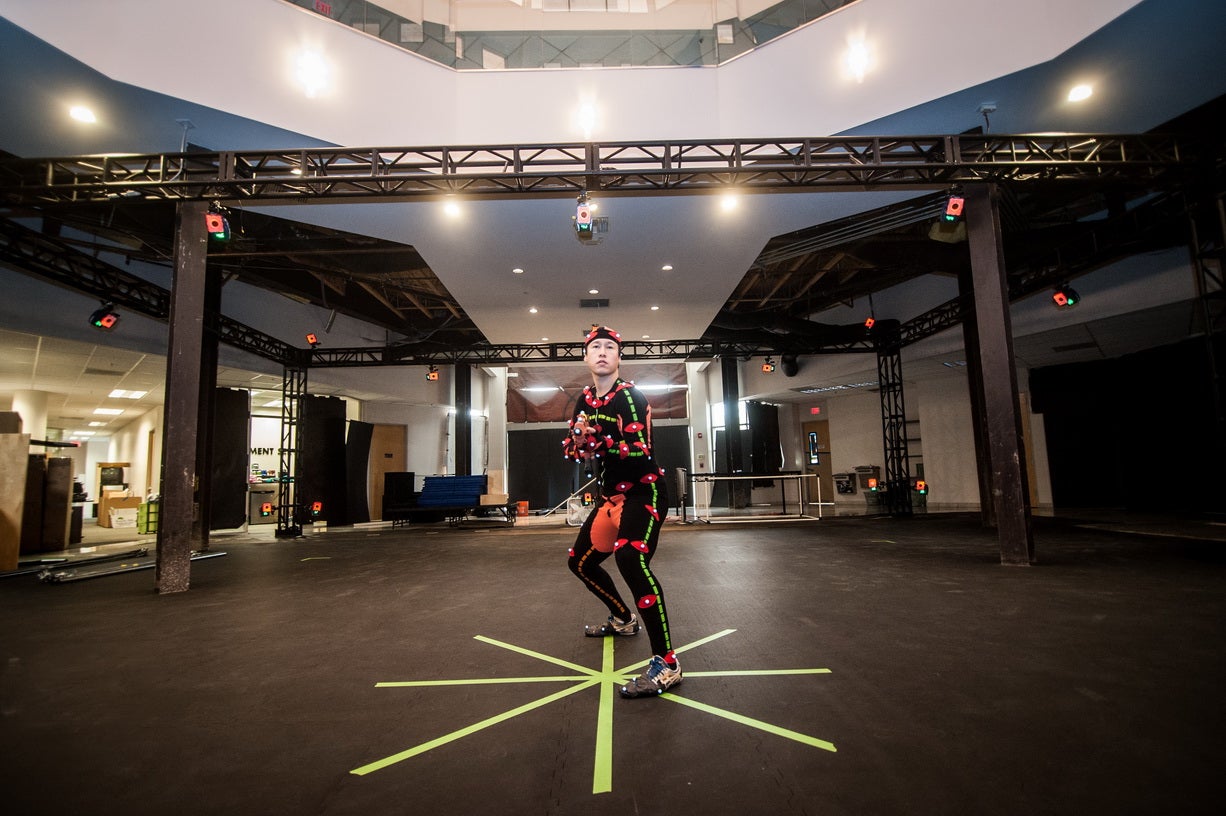 Motion capture being done at the Respawn office. (No, that's not Dusty.)

Same thing my mum told me when I was young — follow your heart, the money and satisfaction will follow.

I'm intrigued by what is happening in the AR and VR space. I'm slightly self-interested as a gamer and game developer, as games like Star Wars and Titanfall will have even more opportunity to blow people's minds. But in general, I just can't wait to see what happens next in the space — how it changes our lives over the next 20 years.