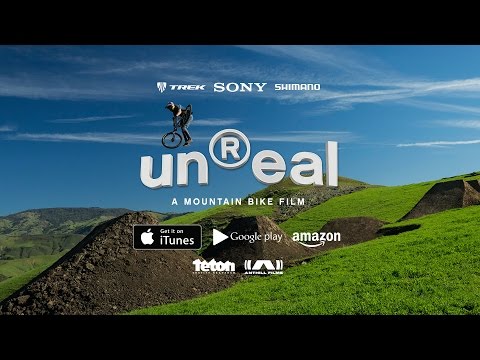 Drone footage is everywhere, whether used to film extreme sports, outdoor events, nature, music festivals, or just for its own sake. Recreational aircraft such as quadcopters, fixed-wing and mini drones are getting ever cheaper and easier to buy. They are fast becoming a must-have item for people who want to document their activities for social media, or just explore their neighbourhood. As of this week/a>, it will also be legally easier to use such aircraft in Australia, with the relaxation of Civil Aviation Safety Authority rules about “remotely piloted aircraft”, or RPAs.

Brendan Gogarty is a Lecturer in Law at the University of Tasmania.

The change is partly due to the significant challenges of regulating something that is so easy to buy and even easier to use. As a result, you can expect to see many more drones in the sky from today – and of course, given that they routinely have high-resolution cameras on board, you can expect a lot more drones to be seeing you.

What do the relaxed rules involve?

The new, relaxed regulations – first proposed in April this year – will exempt drones under certain weight limits from licensing and notice requirements.

In particular, drones weighing less than 2kg will not need to be licensed at all. Owners only need to notify CASA of their use if it is for commercial purposes. Similarly, drones under 25kg can also be flown without licensing or notification requirements if they are used for “sport and recreation”, or if they are flown on private land and used for private aerial photography, spotting, communications or agricultural operations.

Operators of drones weighing more than 100g will still have to steer clear of certain areas, under the so-called “standard RPA operating conditions”. This means no flying in controlled or prohibited airspace; above 400ft (122m); at night; in swarms; over emergency operations without approval; within 30m of another person; out of the pilot’s direct line of sight; or in an area of “sufficient density of population for some aspect of the operation … to pose an unreasonable risk to the life, safety or property”.

What is notably absent from the standard RPA operating conditions is any requirement to avoid flying over private property. Nor do the rules require the operator to respect the privacy of others or refrain from filming them, either on their own land or in public.

That may concern some people, because in Australia there is little legal recourse if someone films you in your backyard, in a secluded area or even through your window at home.

The loosening of the rules thus has obvious implications for privacy. Every new drone platform is basically an eye in the sky, capable of recording high-resolution images and video.

In 2014, a Commonwealth House of Representatives standing committee warned:

Remotely piloted aircraft (RPAs) have the potential to pose a serious threat to Australians’ privacy. They can intrude on a person’s or a business’s private activities either intentionally, as in the case of deliberate surveillance, or inadvertently.

The committee recommended a raft of urgent legislative changes to counter the wide-scale adoption of “privacy-invasive technologies” like drones. But the recommendations were not taken up by the government, and nor was the committee’s echoing of the recommendation by the Australian Law Reform Commission that Australia develop a “tort of privacy” to guard people against intrusion by drones.

Such a measure would allow individuals to sue for damages if another person grossly violates their private life or affairs. While this privacy law remedy is available in other countries, Australian courts have generally rejected it.

This is largely a result of a 1936 court case brought against a man called George Taylor, who built a viewing platform on land next to Victoria Park Racetrack so he could call the races over the radio. The racecourse sued him for a breach of privacy but the High Court of Australia rejected the claim, not wanting to set a precedent by which neighbours could sue one another for simply peering over a fence. Chief Justice Latham’s reasoning was simple:

This reasoning has prevailed in Australia ever since. But as the sky grows ever more saturated with cameras, it becomes harder to justify. No longer can you just build a higher fence, unless of course you want to box in your entire property from any aerial observation.

This is why the legal justification has been criticised by scholars, lawyers and privacy advocates, as well as by parliamentary bodies specifically in response to “privacy-invasive technologies” like drones.

Given that nothing has been done about it – even while agencies like CASA make it ever easier to record invasive footage – it may be time to accept that, in Australia at least, the age of privacy might really be over.