The Most Innovative Technology From Nvidia’s GTC Showroom Floor

Nvidia GTC is the place where GPU developers converge to experience the latest in graphics technology. The three-day event covers everything from self-driving cars and artificially intelligent robots to supercomputers used in deep learning. Here are the most innovate and awe-inspiring products from the showroom floor.

DeepArt is an artificial-intelligence algorithm based on convolutional neural networks inspired by the human brain. It is capable of combining the content of one image with the style of another image to create artistic works without any human assistance. You can try it for yourself using your own photos, here. 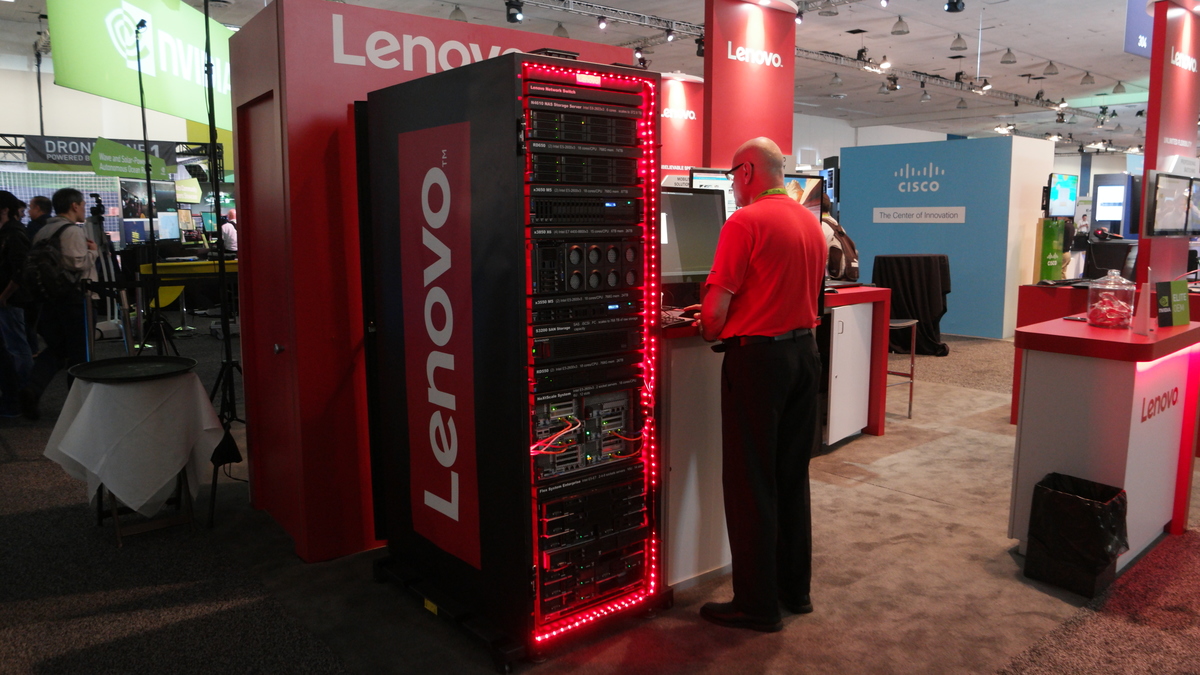 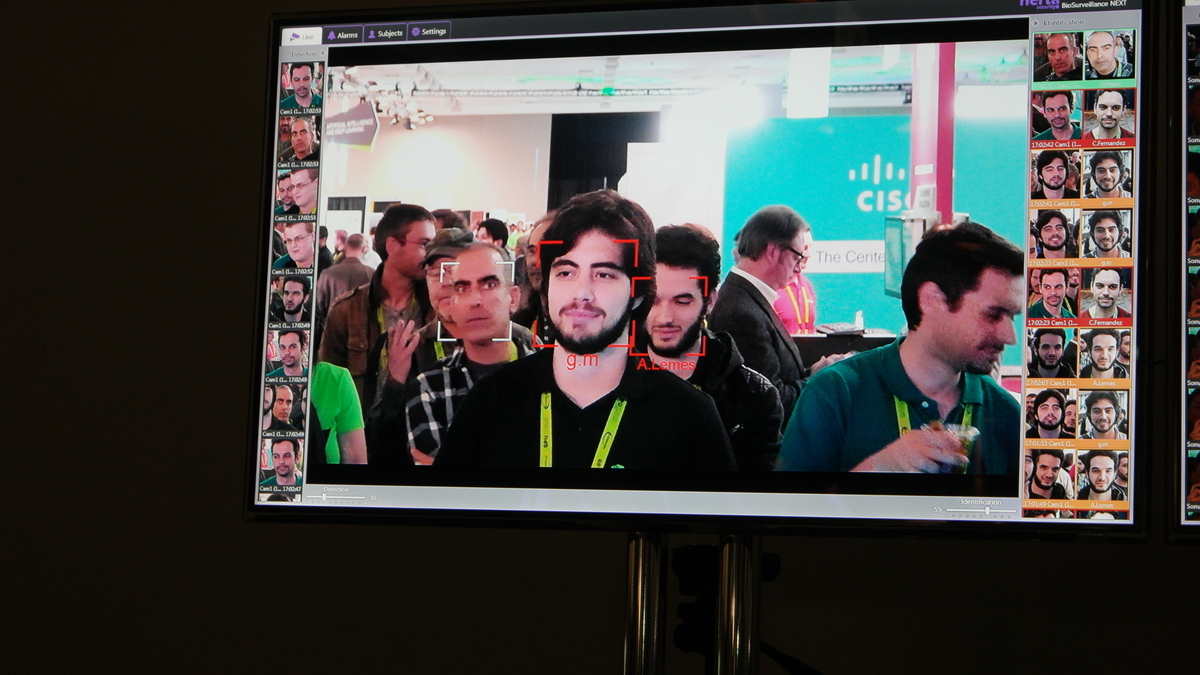 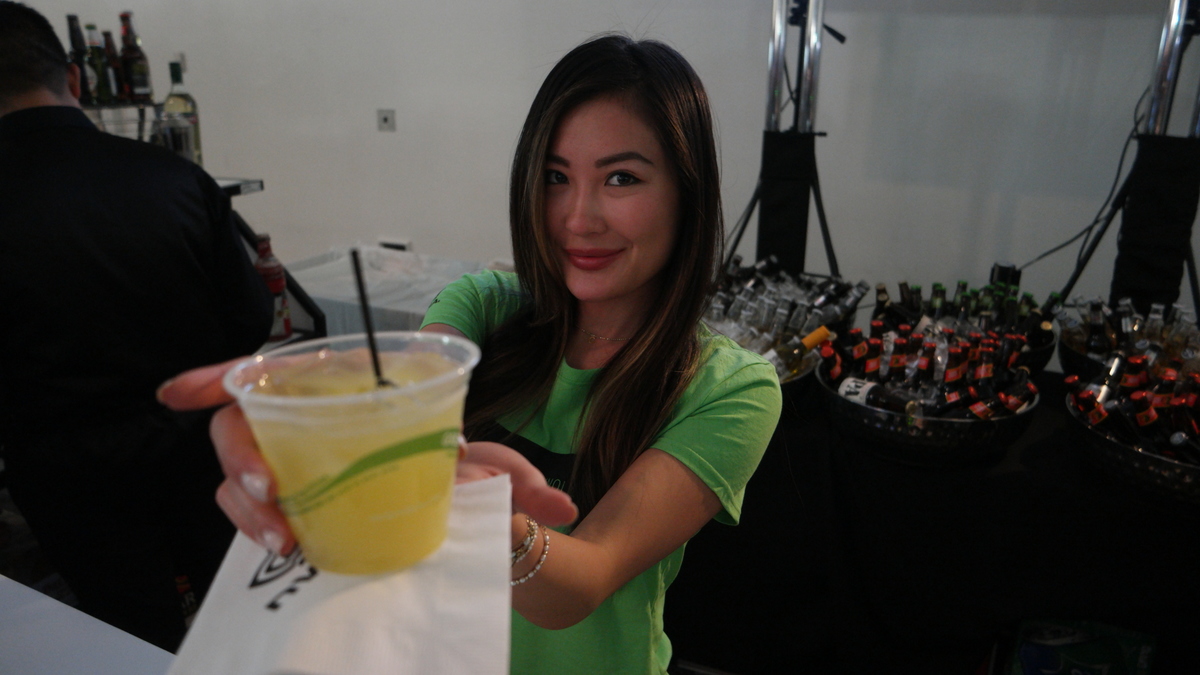 [clear]
Using its GPU-powered facial recognition tool, Herta Security demonstrated an unorthodox use for its software — instantly serving customers their favourite drinks without asking. By collecting a database of attendees’ faces, the software was able to correctly identify their favourite tipple based on previous orders. Chiefly used in law enforcement, the technology is capable of identifying gender, ethnicity, age and even facial expression. It’s all a bit creepy, but at least we got a free drink out of it. 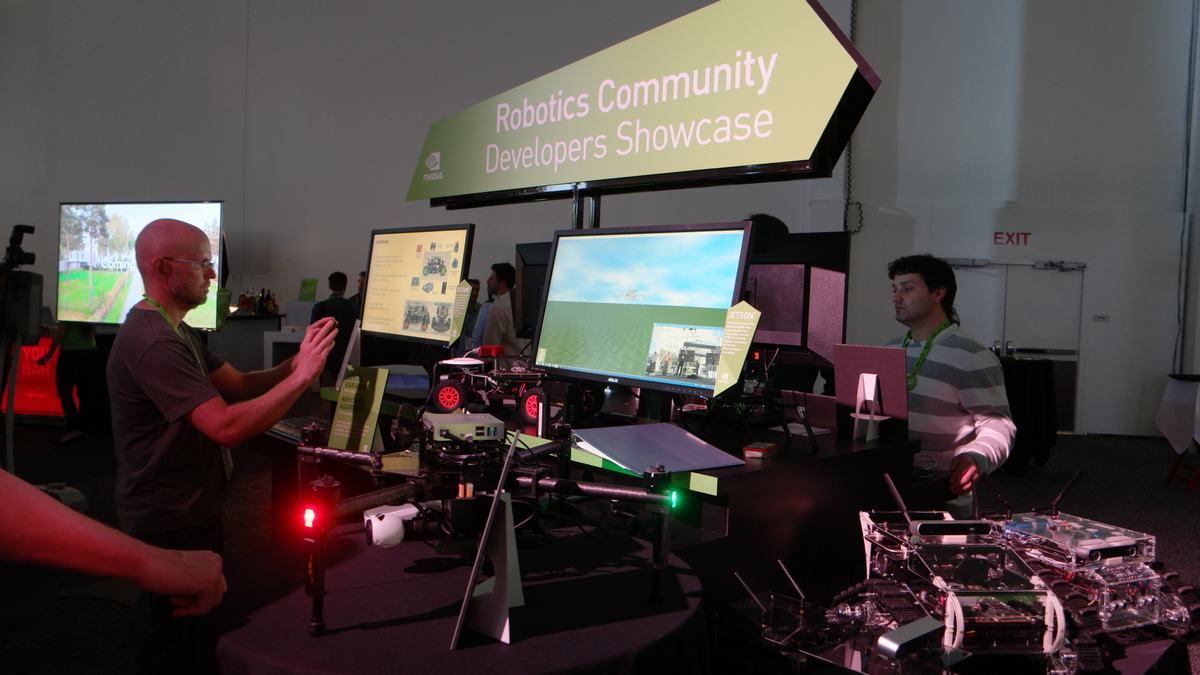 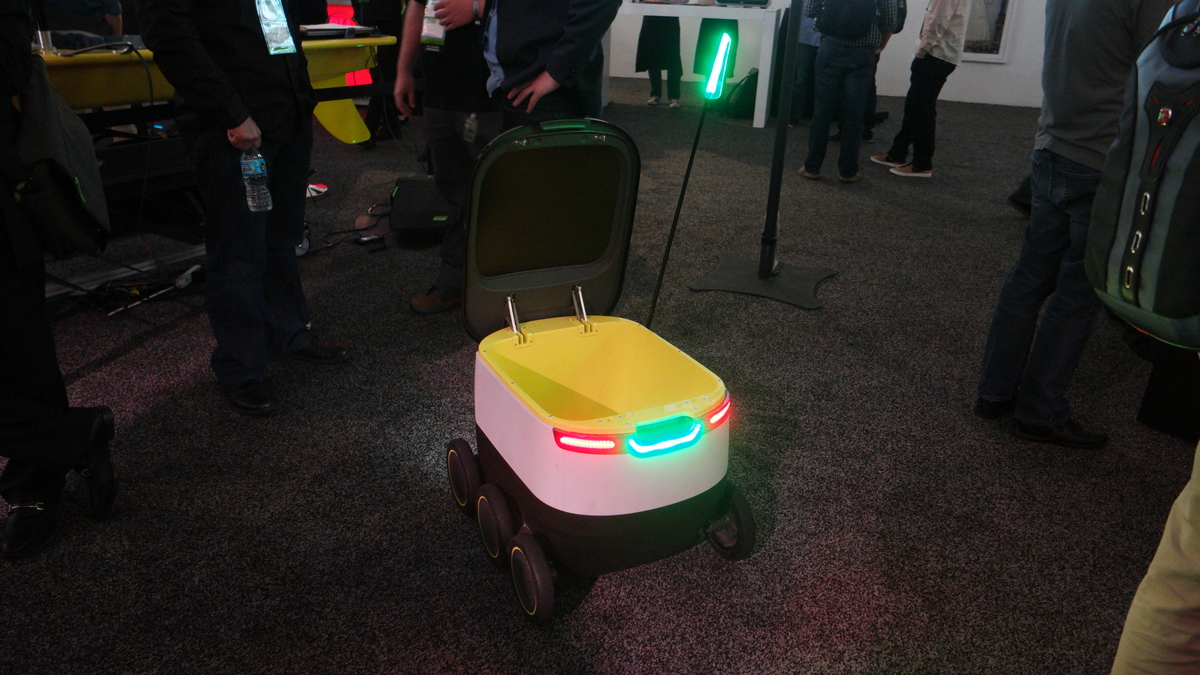 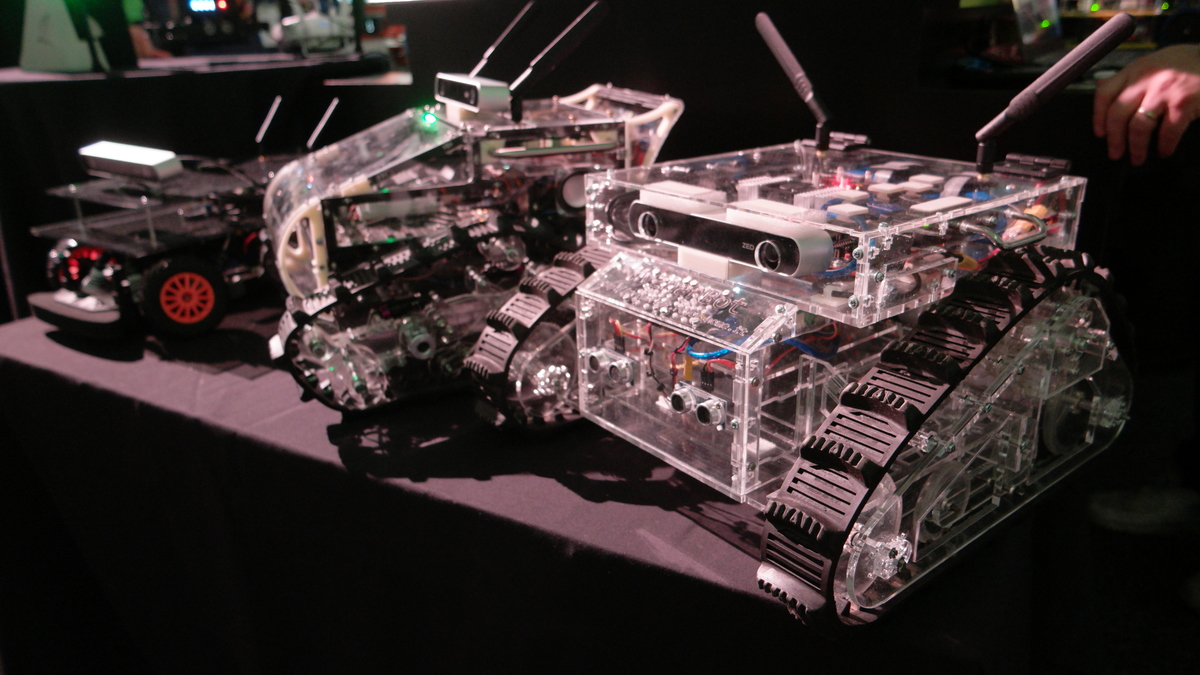 You want robots? You got ’em! The Robotics Community Developers Showcase contained a gaggle of autonomous robots flanked by the programmers, scientists and researchers who created them. Some of the inventors also competed in Nvidia’s Early Stage Challenge for a cash prize of $10,000. 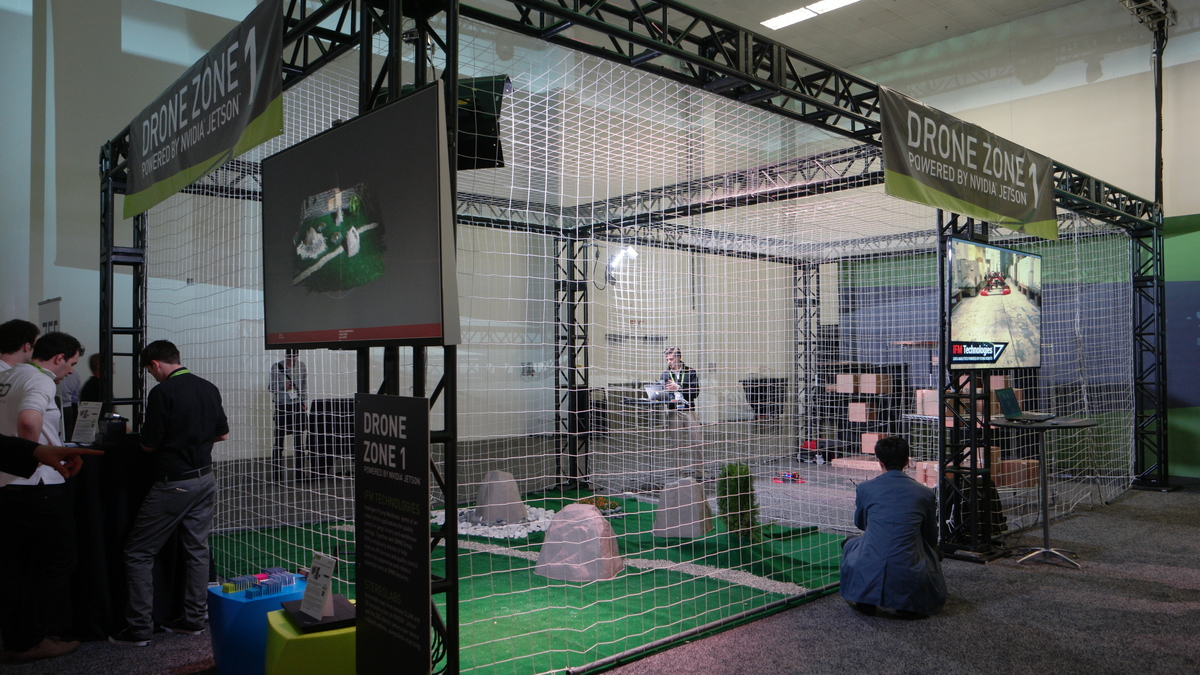 It wouldn’t be a technology conference without a cage full of drones. Each model featured self-flying capabilities delivered via real-time computer vision applications.

I want to ride my (autonomous) bicycle 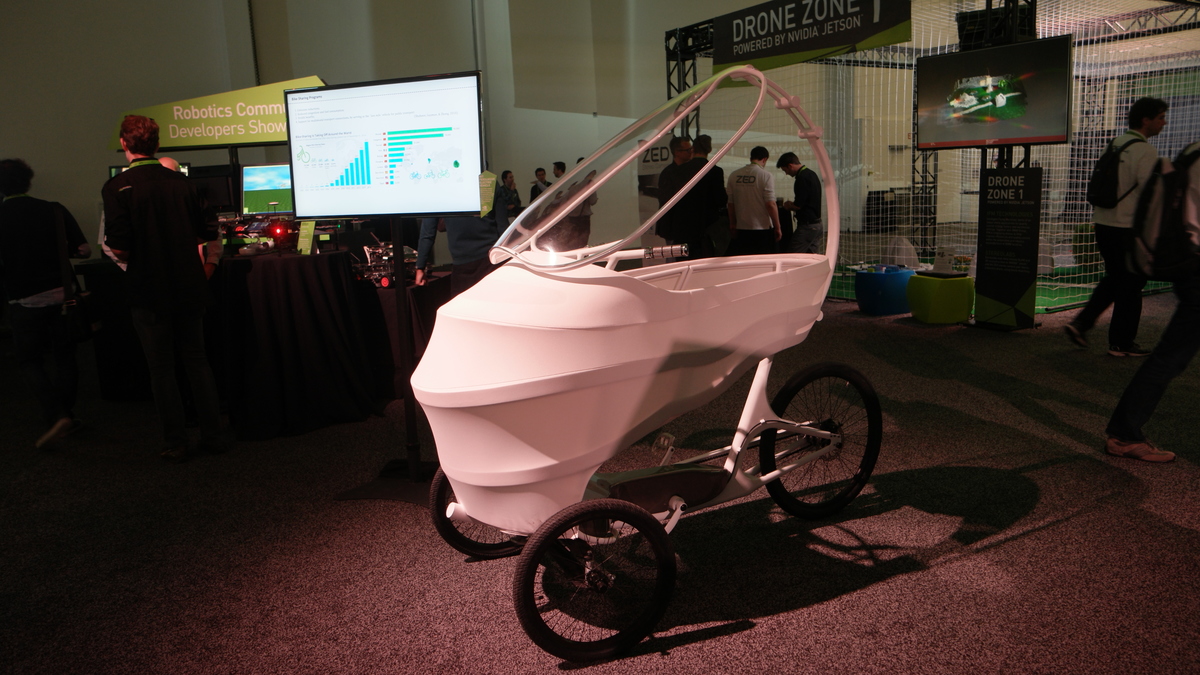 This cute little character is the Mobility-On-Demand Persuasive Electric Vehicle (MOD to its friends.) It’s aimed at eco-friendly cities that want to cut down on traffic congestion and pollution via sharable vehicles. It’s main claim to fame is the ability to self-drive to pickup locations which allows it to be used by multiple civilians. Private automobile ownership — anathema to hipsters.

AutonomouStuff shows off its brains 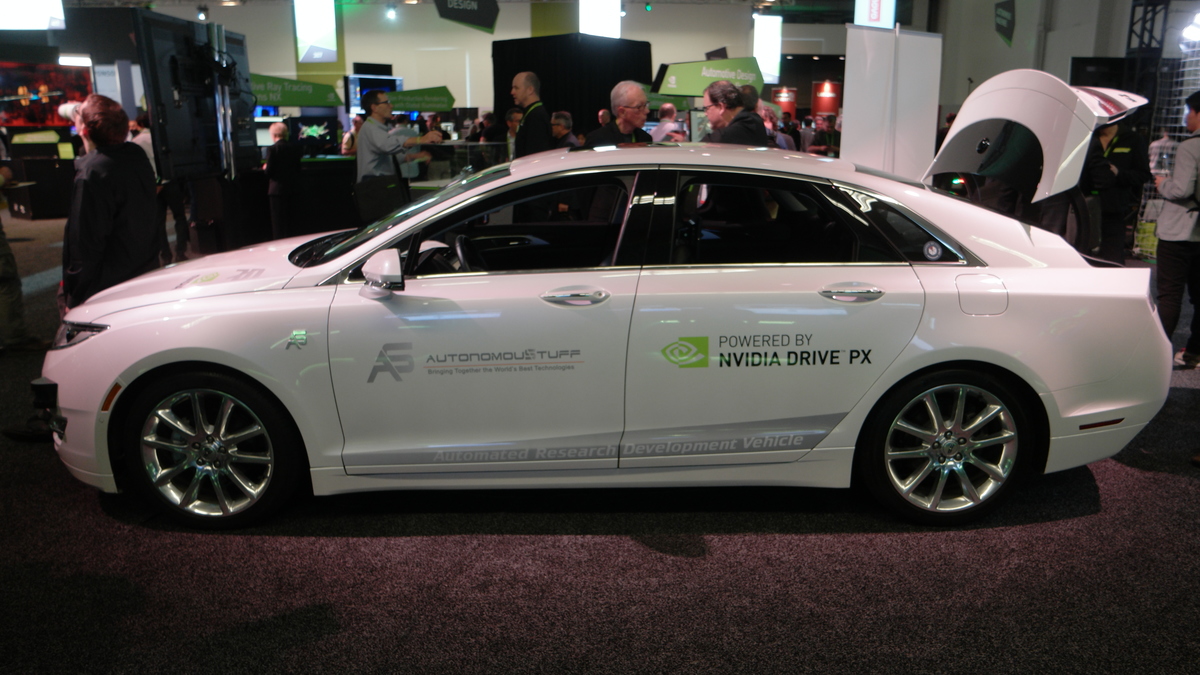 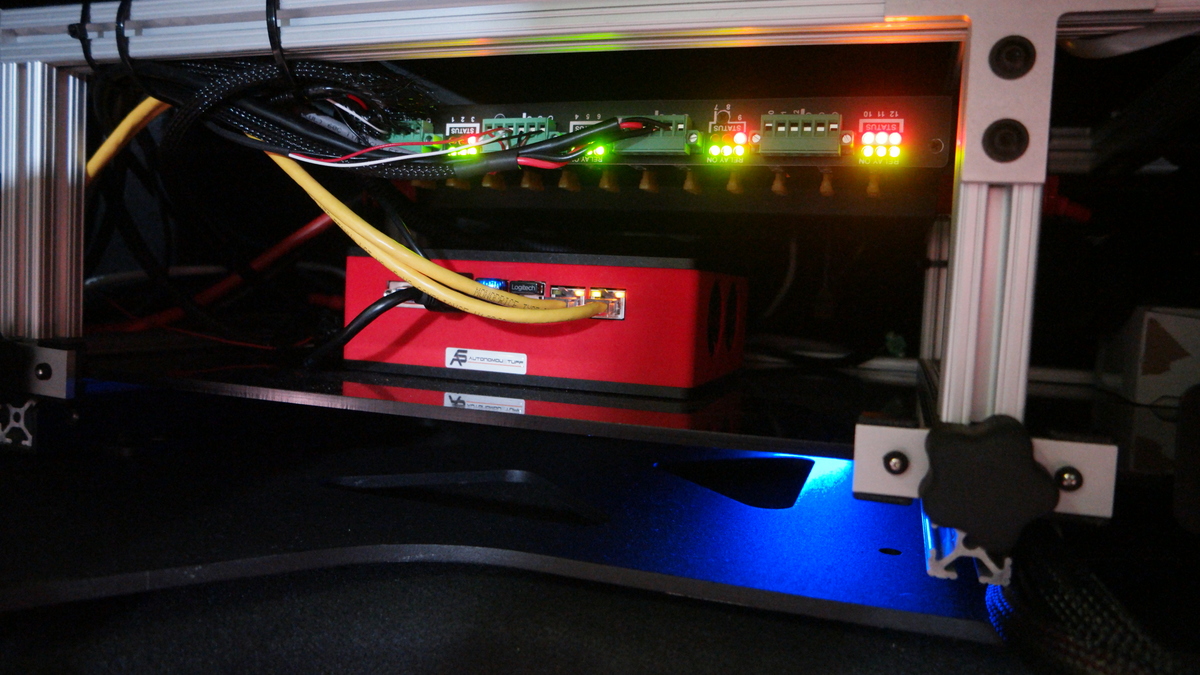 [clear]
The rubbishly named AutonomouStuff is the world’s leader in supplying components and services that enable vehicular autonomy. You can see one of its car “brains” in the Lincoln MKZ above. The car’s decision-making is powered by Nvidia’s Drive PX 2 platform which you can read about here. This was one of several self-driving cars on the showroom floor. (Thankfully, all were stationary.)
[clear] 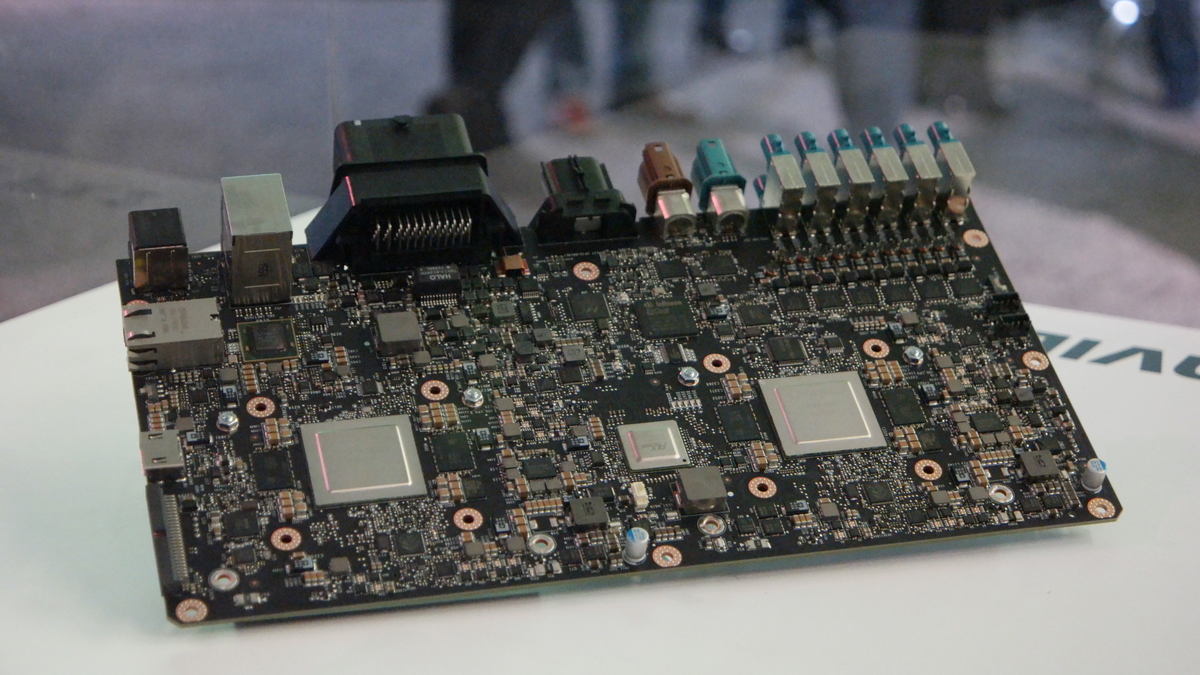 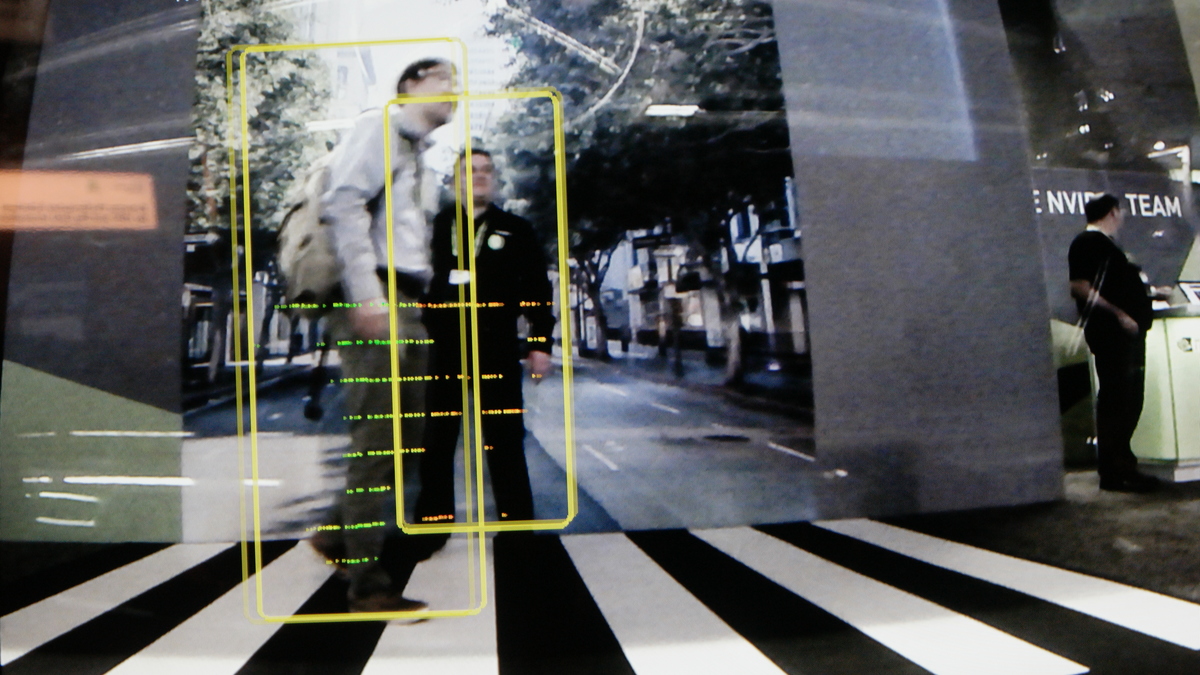 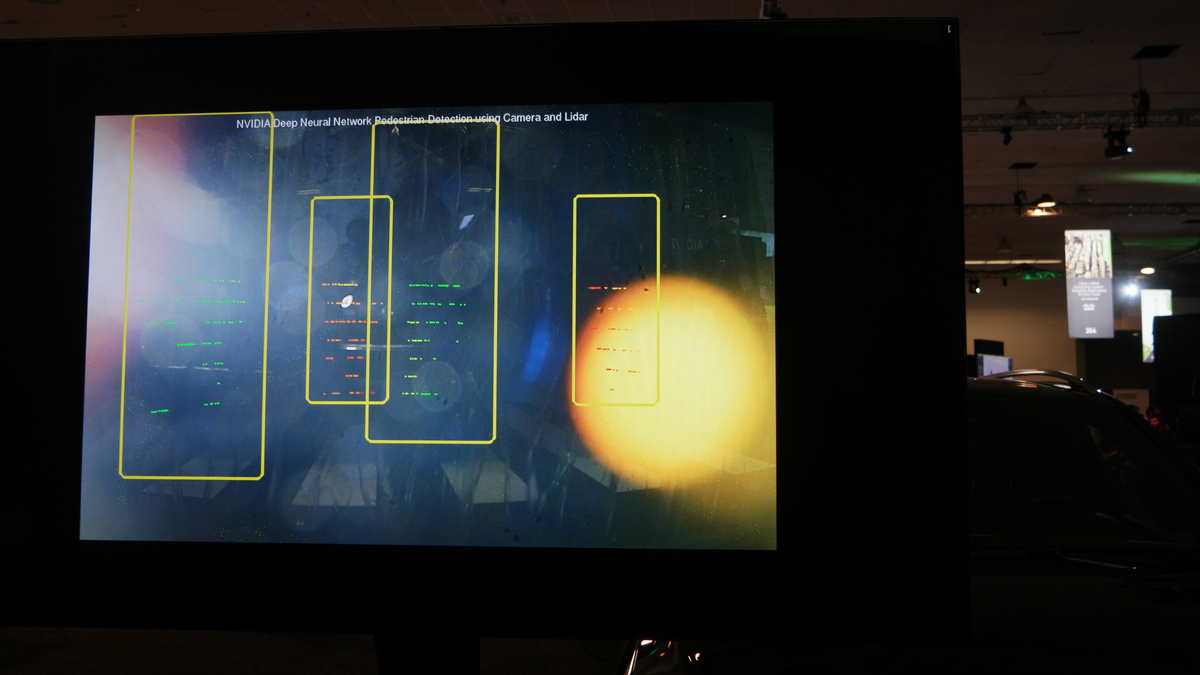 [clear]
Attendees were treated to a live video stream of how Drive PX 2-powered vehicles interpret and identify nearby objects. As you can see in the right photo, the software is capable of distinguishing pedestrians even in low-visibility conditions. (Those yellow boxes are actual people milling about on the showroom floor.)

DGX-1: The world’s first deep-learning supercomputer in a box 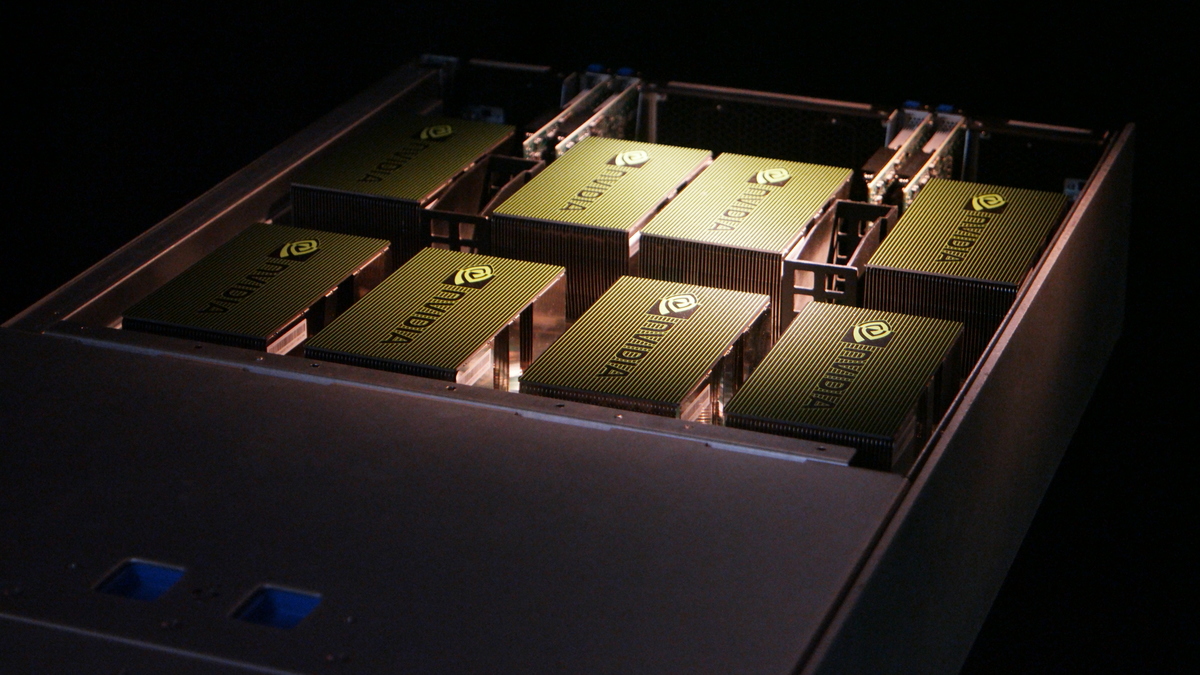 “250 Servers in a box.” That’s how Nvidia describes the DGX-1 — the world’s first commercially available supercomputer specifically built for deep learning. Packing in now fewer than eight Tesla P100 GPUs (pictured above), the system is capable of delivering an astonishing 170 teraflops of computing power. No, it still can’t run Crysis. You can read more about this stupidly powerful machine here. 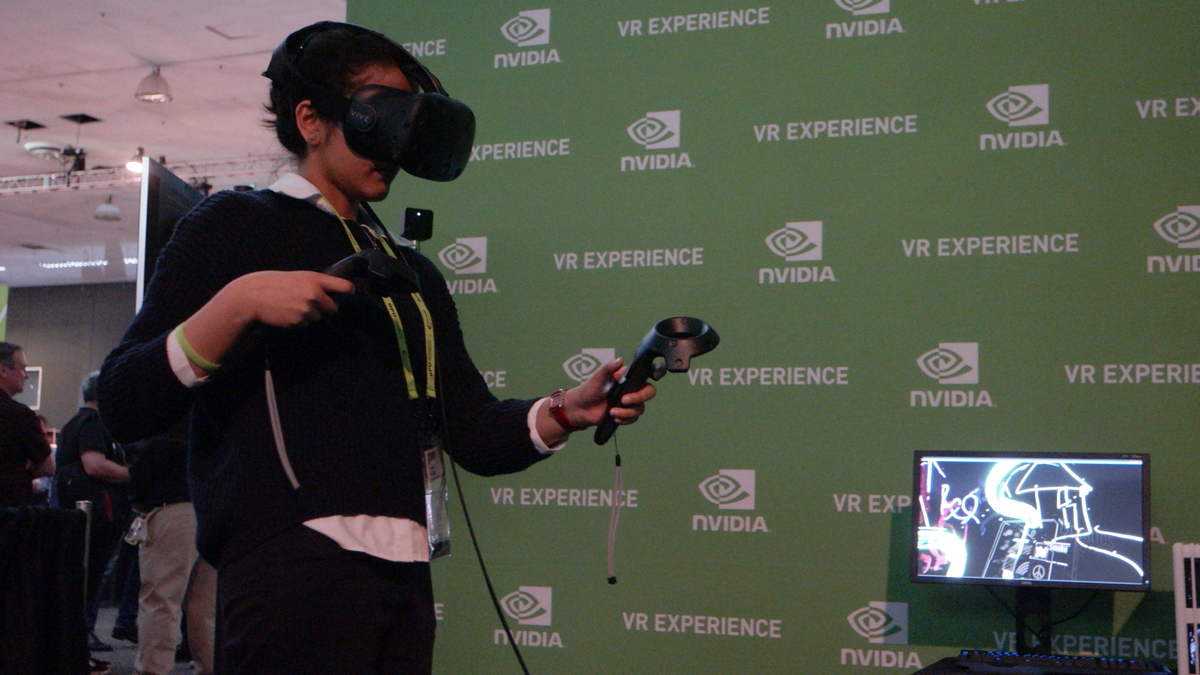 Virtual reality was everywhere at GTC 2016 and was our personal highlight of the show. Designing a BMW sports car, fighting Imperial stormtroopers with a lightsaber, exploring the International Space Station, scaling the summit of Mount Everest — these are just a few of the things we experienced in the world of VR. Look out for an in-depth feature on the HTC Vive, coming soon. 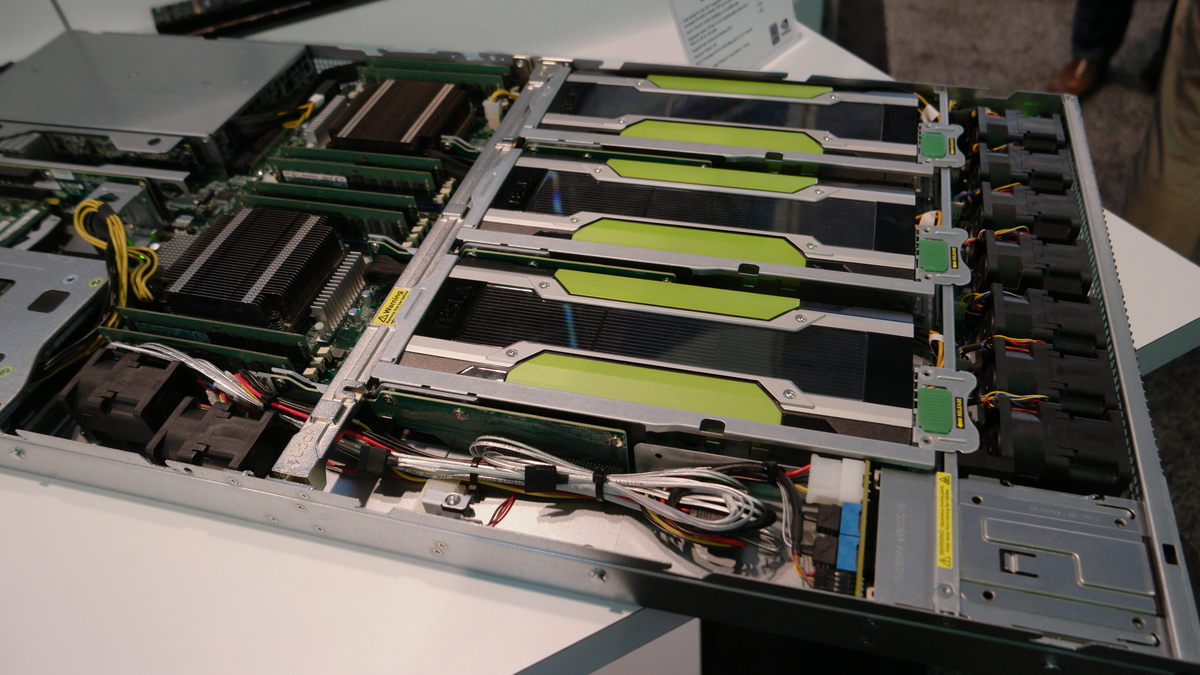 This dual socket 1U server for supercomputing was easily the noisiest thing on the showroom floor. It boasts support for up to four GPUs. 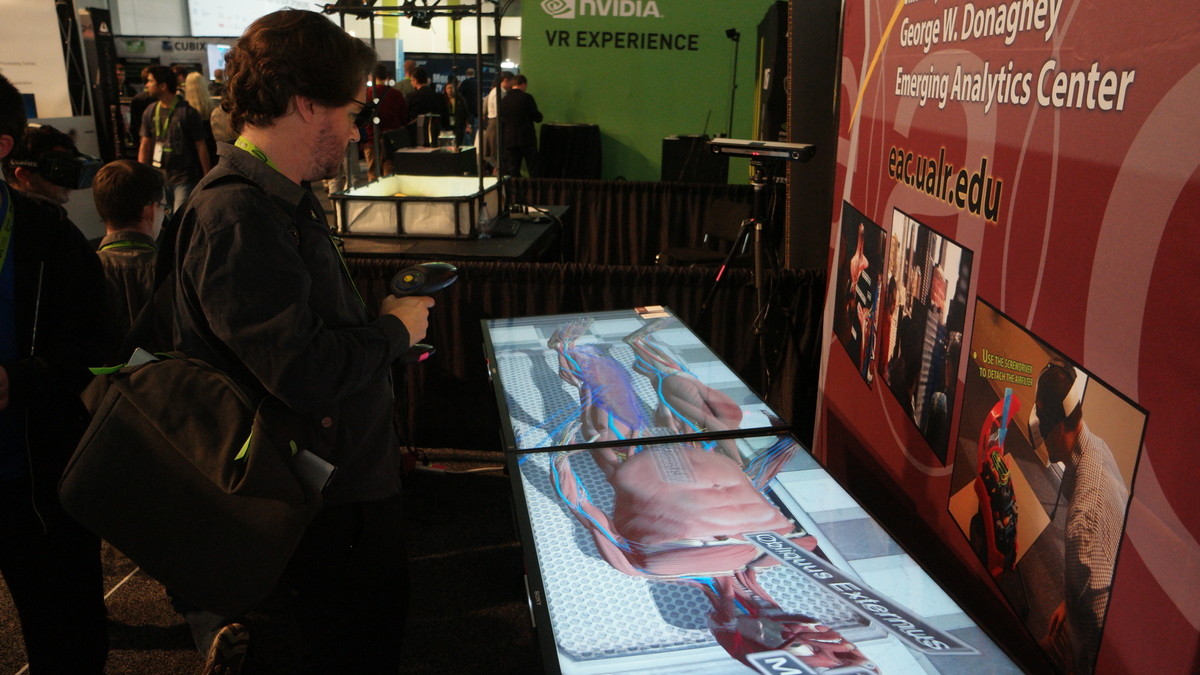 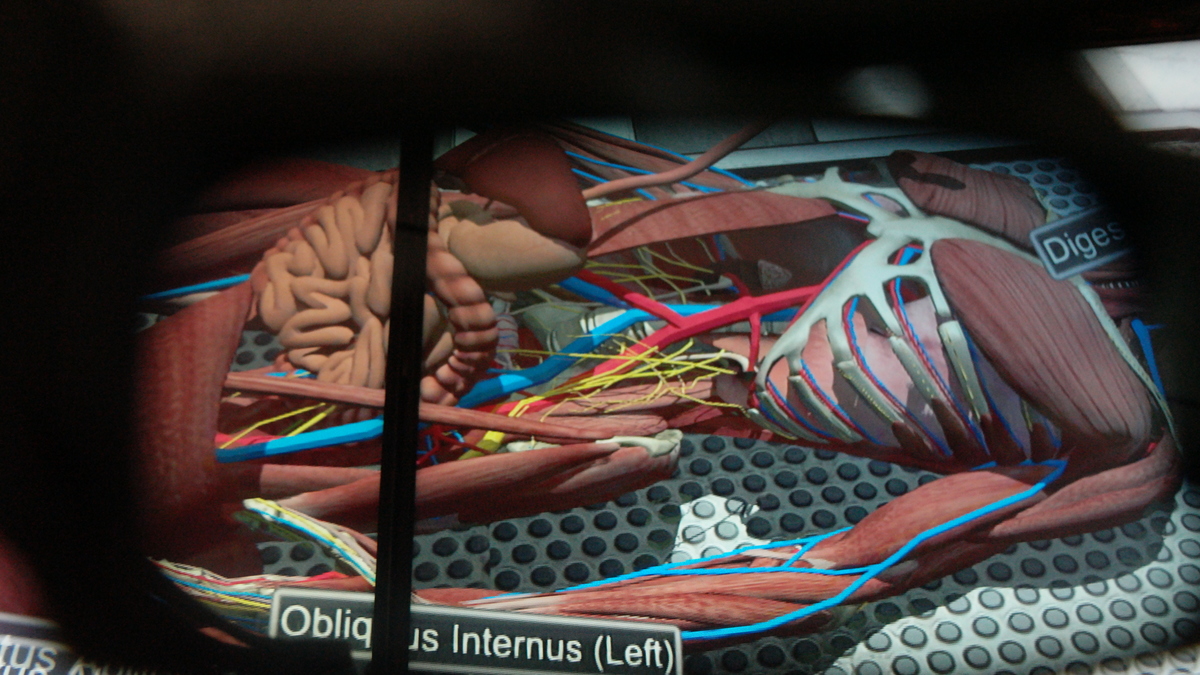 [clear]
This holographic 3D table is a medical training platform created by the Emerging Analytics Center at the University of Arkansas. Students don AR glasses to receive hands-on anatomical training without the need for a physical cadaver. It would also make a neat gift for serial killers and fans of the Milton Bradley board game Operation. 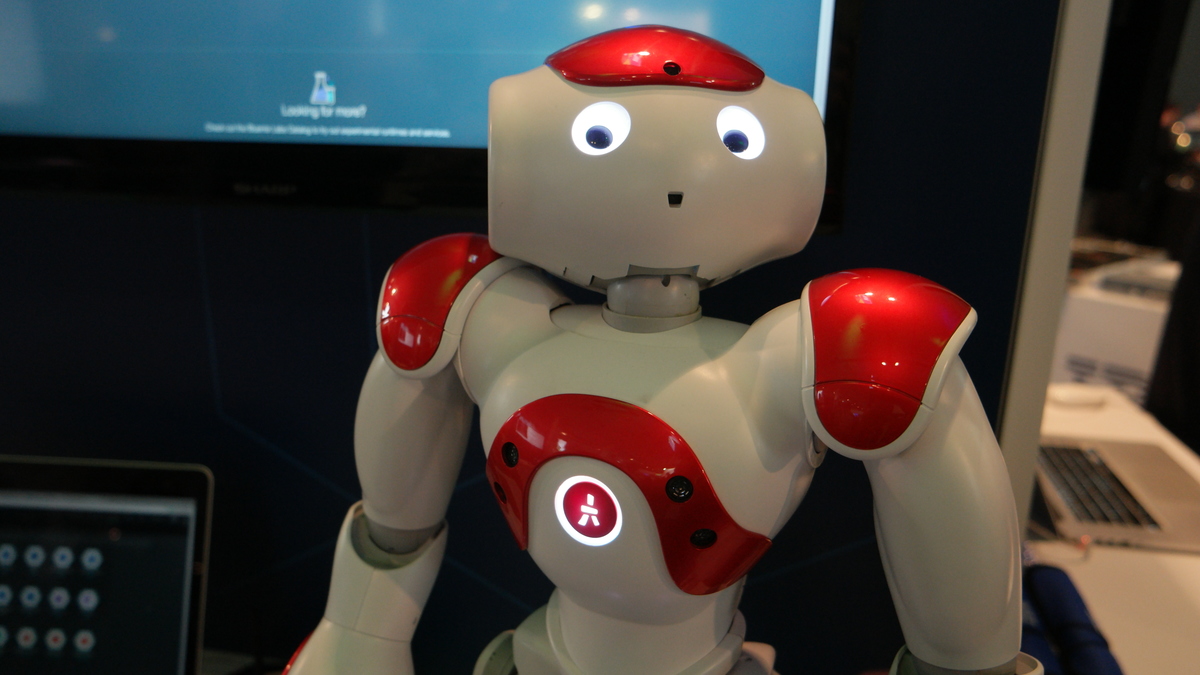 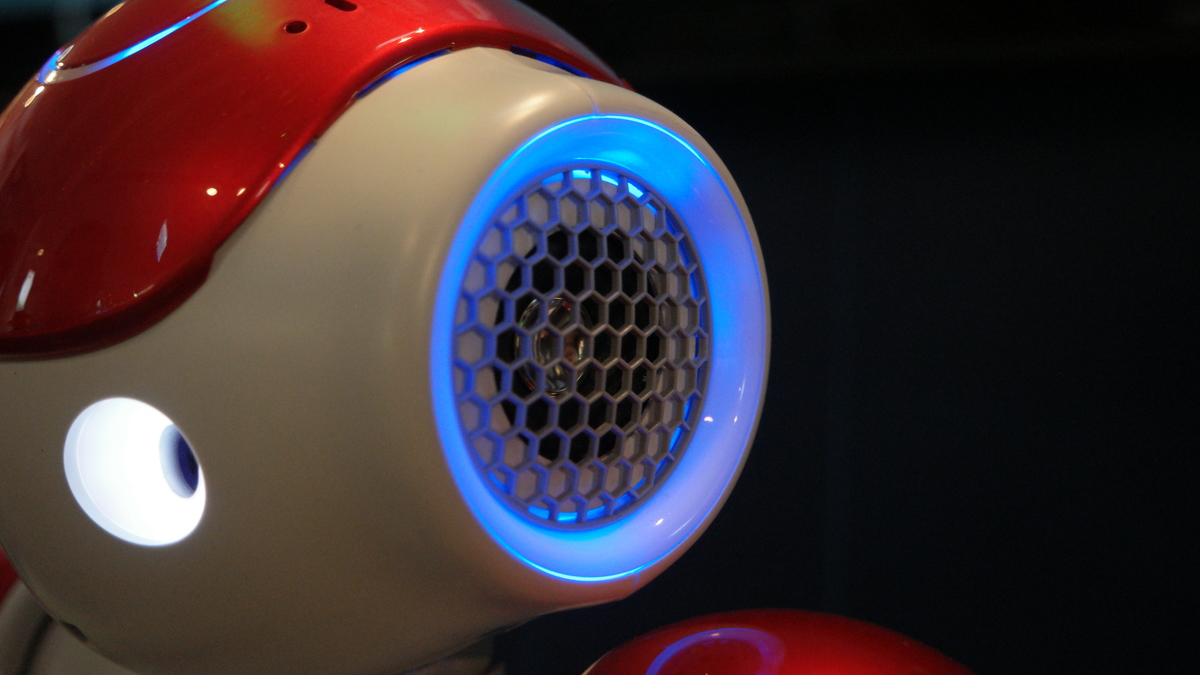 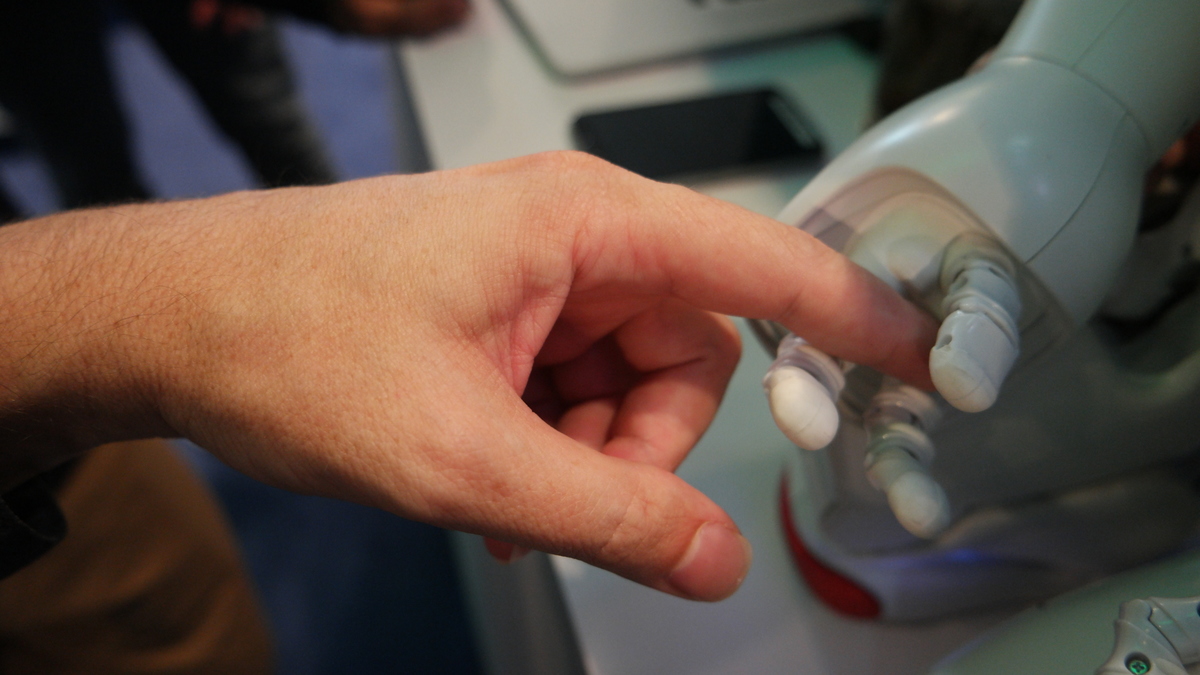 [clear]
Watson Nao is a self-learning “concierge robot” powered by IBM’s question-answering computer system of the same name. For the uninitiated, Watson is a deep learning AI program that famously won the TV quiz show Jeopardy against two former champions back in 2011. It’s capable of understanding natural, everyday language which makes conversations feel more authentic. It also does a pretty mean Gangnam dance.

Lifehacker travelled to GTC 2015 in San Jose, California as a guest of Nvidia.