How To Put Android On Your Desktop With Remix OS

Remix OS, which came out recently, is a killer Android variant that brings a slick desktop-style interface to Android. Now, you can install it on a USB stick and try it out on your computer. Android isn’t exactly built for a keyboard and mouse, but that hasn’t stopped some of us from trying. RemixOS, from developer Jide, wants to change that by adding features including a desktop and windowed apps to Android. Here’s how to try out the very experimental alpha.

Disclaimer: According to Jide’s website, this OS is “for developers and early adopters who don’t mind a bug or two”. In our testing, there were considerably more than two bugs. While RemixOS is an awesome concept and it’s fun to play around with, don’t expect this to replace your current computer anytime soon. However, if you’re into being on the bleeding edge, tweaking your computer and playing around with experimental software (which might explain why you’re reading Lifehacker), by all means, continue. 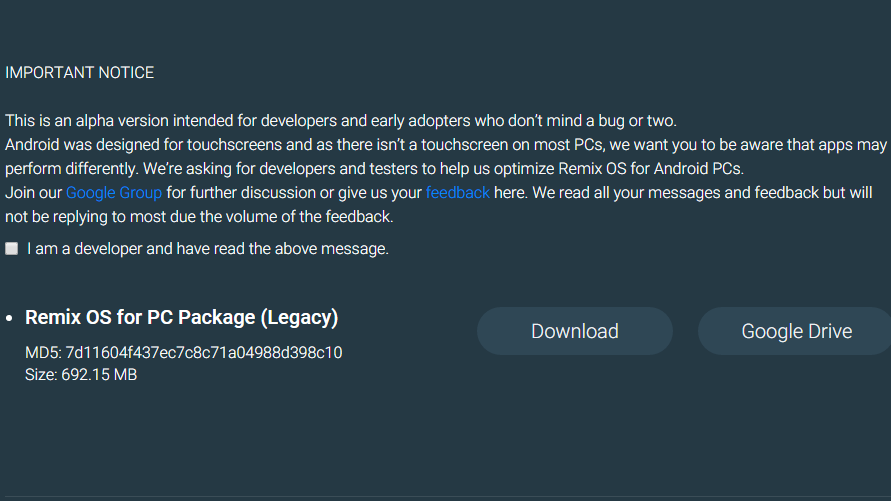 By default, RemixOS runs on a USB stick. You can use it in either Guest Mode, which will start fresh on a new desktop every time you run it, or Resident Mode, which will save all your apps and files on the USB stick, so you can resume your session later on any computer. To create your RemixOS USB stick, here’s what you’ll need:

Creating the bootable USB stick will take less time than most OS installations, but it will still take a little while, so be prepared for some waiting around. Once you have everything you need, it’s time to get started. 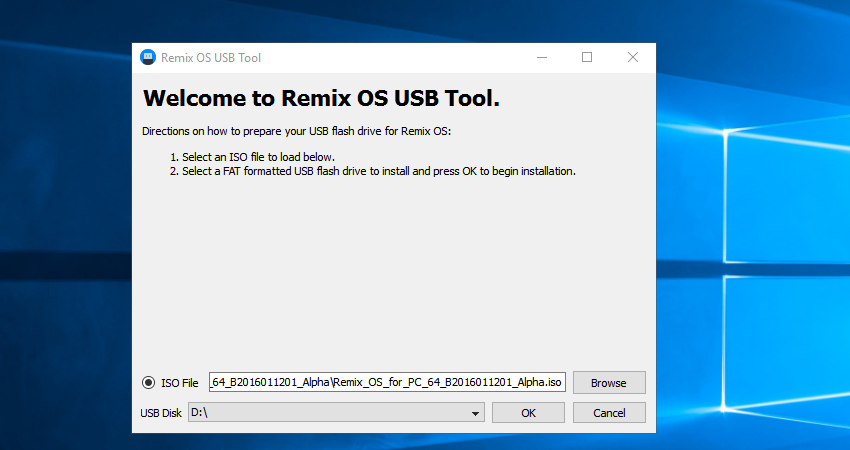 First, you’ll need to create the bootable USB stick that RemixOS will live on. Once you’ve downloaded the RemixOS installation files, follow these steps:

The installer will begin creating your RemixOS USB stick immediately. This process will take a few minutes. Once it’s done, you can plug it into your computer and boot from the USB. As we briefly mentioned above, you will have two options when you first boot into RemixOS. Here’s how they work:

Keep in mind that even though RemixOS adds a lot of software on top of Android to make it more mouse and keyboard friendly, most of the apps are still designed for a touch interface. They may not work very well, no matter what RemixOS does. Android apps work pretty well with a traditional interface, but you should still expect some bumps along the road.

Install Some Applications (Like Google Apps and the Play Store)

Despite how the promotional material looks, RemixOS does not come pre-installed with the Google Play Store, or any of the related Google apps. Previous limited release versions of RemixOS did, so it’s unclear if this is an oversight, or if Jide simply doesn’t have the licence to distribute the Play Store publicly.

Fortunately, you can still download and install applications on your own. APK Mirror is an excellent site that has recent versions of tons of popular apps, including Google services. To get apps for RemixOS, follow these steps:

In my testing, Google Play Services installed, but many functions still failed to work properly in Guest Mode. Some apps like Chrome launched and worked relatively well, while other apps like Netflix failed to launch at all. Again, none of these apps are designed to work with RemixOS, so if an app doesn’t work, don’t blame the developer.

After all that, you’re probably wondering if it’s worth going to all the trouble. Well, here’s the short answer: kind of? I’ve played around with it for a few hours since the release last night and I’ve run into enough problems that would keep most casual users away. But that’s OK! It’s a developer and enthusiast-focused alpha. What does work, however, paints a pretty rosy picture for Android on the desktop.

For starters, RemixOS has tweaked Android’s basic interface to feel a lot more at home on the desktop. There’s a taskbar at the bottom of the home screen for launching apps, a Start-like menu for searching your files and finding other apps you have installed, and a system tray for things like Wi-Fi connections, date and time, and a slide-out notification tray. Frankly, it looks a lot more like a clone of Windows 10 than it does Android.

Android apps also scale pretty well. RemixOS allows you to arbitrarily resize windows, much like you do on Windows and OS X. That might seem like a no-brainer, but keep in mind that Android apps were never designed for this kind of interface. Despite that, the feature works pretty flawlessly. If you make a window small enough, the app will default to a phone-style interface. Larger windows will use tablet-style interfaces, where available. This means that the app experience on Android is still only as good as Android support for tablet apps, which is good, but not stellar.

Ultimately, the problems with app compatibility means that RemixOS is unlikely to replace anyone’s daily driver. However, given that Android was never intended to be a desktop operating system, RemixOS does a remarkable job of convincing us that it could be.