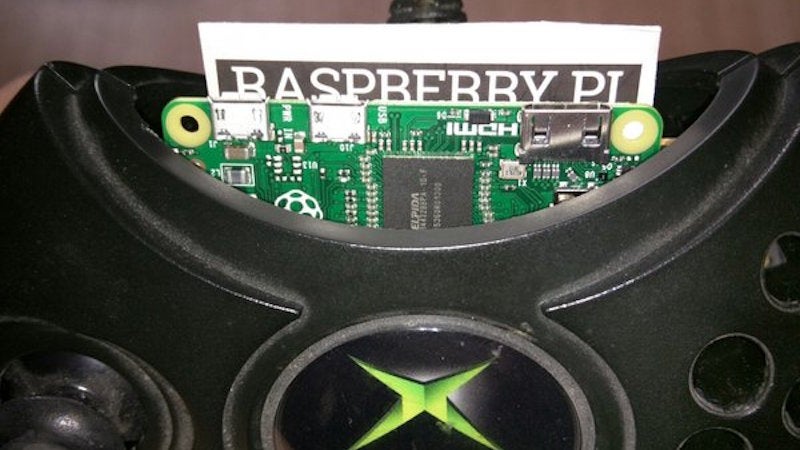 The Raspberry Pi Zero is absurdly small. So small, in fact, that DIYer Terence Eden decided to stuff it inside an Xbox controller and make a little emulation machine.

The project uses an original Xbox controller (the original, giant one), wires in the Raspberry Pi Zero so it uses the Xbox controller as a controller, then runs an emulator out to a TV. So, when all’s said and done, you simply need to plug the controller into the TV via HDMI and you’re all set to play games. It’s a bit of a hack job when it comes to getting everything to work together, but if you know how to solder you can clean it up pretty easily. Check out Eden’s post for his walkthrough.