The Raspberry Pi has long been the hobbyist choice for DIY electronics projects. The Raspberry Pi Zero, which is about the size of a stick of gum, is relatively cheap and has it’s own special use cases though. Here are ten of our favourite projects that make use of its size.

10. Display Any Information You Want on a Tiny Display

Tiny displays are awesome, so it makes perfect sense that a Raspberry Pi Zero would get stuffed inside of one. These little things make perfect desk accessories.

9. Play NPR Anywhere with the Push of a Button

If you’re a big NPR fan, then you probably love the NPR One app, which plays a stream of curated NPR podcasts at random. You might be surprised that that streams available from the command line, which means you can access in a Raspberry Pi Zero.

The natural idea for a project here makes a tiny little NPR One radio using a Raspberry Pi Zero. You get buttons to skip a story and pause the stream, while the whole thing gets crammed into a fancy little DIY case.

If you use a skateboard to get around, you might have long dreamt of powering that skateboard for better mobility. Naturally, someone decided to use a Raspberry Pi to power one.

The idea here is to hide the Pi Zero underneath the skateboard. The Pi then powers the motor, which you’ll use a Wiimote to control. It’s pretty absurd, but that doesn’t make it any less fun to use.

The Pi Zero’s biggest strength is its size. One project takes advantage of that by jamming the Raspberry Pi Zero directly onto a power supply.

The idea here is simple. You set up the Raspberry Pi Zero with SSH or VNC, then mount it directly to a power supply with Sugru. Now, you can just plug it into the wall and control it remotely. This makes it practically invisible. 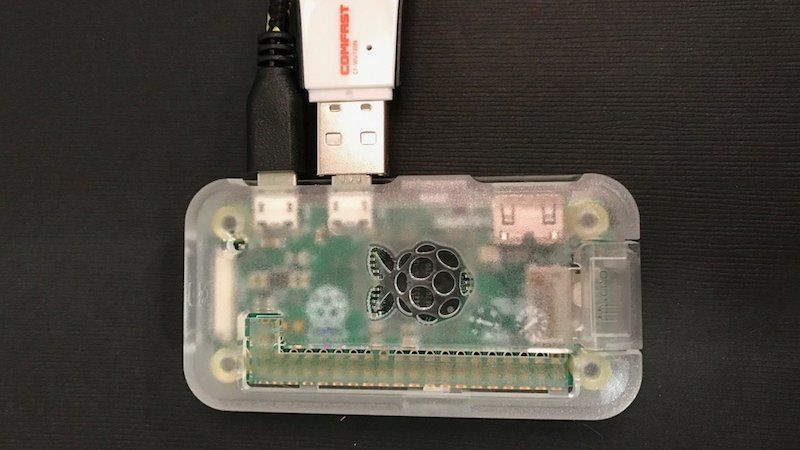 Have you seen those cute mini libraries packed with free books in neighbourhoods? You can do that digitally with a Raspberry Pi Zero, sharing a whole library of your own books from a Wi-Fi hotspot.

Essentially, you just turn your Raspberry Pi Zero into a Wi-Fi access point then share your own library of DRM-free books, magazines, PDFs, or whatever else you have. Obviously, you should keep this legal, but it’s a fun way to share your own stuff.

5. Play Any Simpsons Episode (or Any TV Show) At Random

If you’ve ditched cable and gone full streaming with your media, you might still miss the days of catching a random episode of your favourite show on TV. The Raspberry Pi Zero can bring that back.

In this project, they use episodes of The Simpsons stored on an SD card. With a custom script, you can click a button and it plays an episode at random. You can add any media you want here, including multiple shows if you really wanted, but The Simpsons are a fantastic choice. 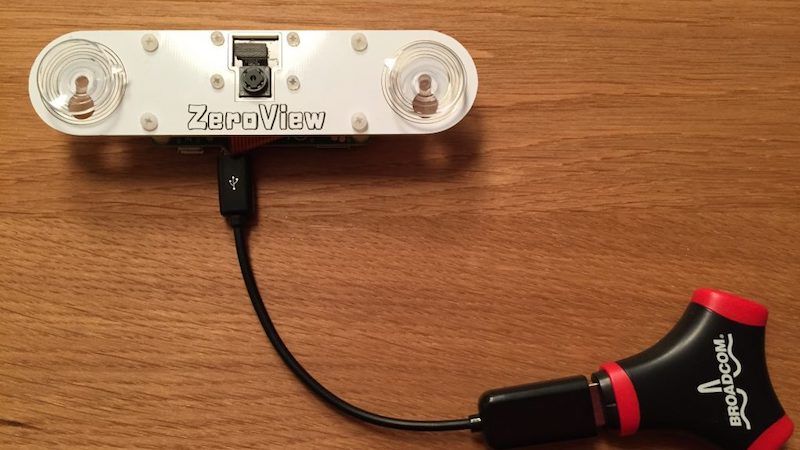 The Raspberry Pi has long been an excellent motion sensing camera, but the low profile of the Pi Zero makes it even better.

With the Raspberry Pi Zero, you motion sensing camera has a much smaller footprint, which means it can go in even tighter spaces. For example, this one mounts to your window with a pair of suction cups, which is about as lightweight as it gets.

MAME cabinets are awesome, but they’re massive. For the complete opposite approach, you can use a Raspberry Pi Zero to make one that’s about as small as the Pi itself.

You’ll need a few materials to make this sucker work, including a 3D printed case, but in the end cabinet is completely functional, which means you’ll have the best desk accessory in the office.

While the Pi Zero makes a nifty little computer as it is, it makes an even better dongle computer. This way, you can attach it to any other computer you have, then it will tether itself directly so you don’t have to add in a USB or any networking.

The best part of this project is the fact you don’t need yet another mouse, screen, or keyboard sitting around. Just jam in into your normal desktop computer and you’re good to go.

1. Cram a Raspberry Pi Zero Inside an Old School Controller

We all know the Raspberry Pi makes an excellent DIY video game console. The setup process only takes a few minutes, and the Raspberry Pi Zero is totally capable of handling older games from the SNES era and earlier. The whole project is even better when the whole system is inside a controller.

Case in point (ahem), this project uses a SNES controller, this one tackles the NES controller, and this one uses that good old original Xbox controller. However you decide to do it, you’ll end up with a pretty slick little DIY retro game console you can take with you anywhere.