Fix the iPhone ‘Green Tint’ Bug With an iOS Update

Ensure You Always Have a Clean Mask With This System

Why You Should Freeze Tomatoes Without Peeling Them First

Ending Text Messages With Periods Can Make Them Seem Insincere 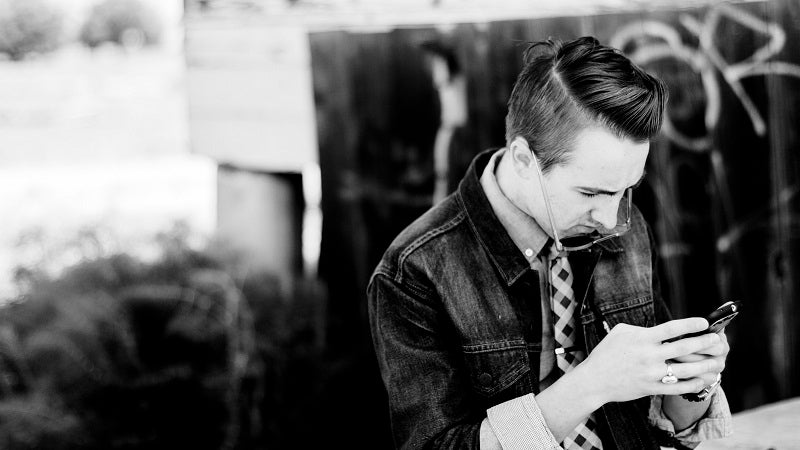 Ending a text message with a period might make it grammatically correct, but a recent study suggests it can also make it seem cold and insincere.

The study, led by Celia Klin of Binghamton University and published in Computers in Human Behaviour, suggests ending your text messages with a period makes them seem less sincere to the receiver. Participants in the study read short exchanges with responses that either did or did not contain messages that ended with a period. When the messages were in text message form, as opposed to handwritten notes, the messages that ended with a period were generally rated as being less sincere than messages that didn’t end in a period. Klin explains why in a statement to EurekaAlert!:

Texting is lacking many of the social cues used in actual face-to-face conversations. When speaking, people easily convey social and emotional information with eye gaze, facial expressions, tone of voice, pauses, and so on. People obviously can’t use these mechanisms when they are texting. Thus, it makes sense that texters rely on what they have available to them — emoticons, deliberate misspellings that mimic speech sounds and, according to our data, punctuation.

It’s no surprise that communication is evolving as texting gradually becomes the dominating method of communication, and it’s easy to spot these social cues in everyday correspondence. For example, the messages “Yeah it’s fine” or “Yeah it’s fine!” seem a lot less intense than “Yeah it’s fine.” The period in the second example makes the message seem less relaxed and a lot more final. Whatever platform you choose to send text messages on, you might want to consider how your messages will be received. You can find the complete study at the link below.

Texting insincerely: The role of the period in text messaging [Computers in Human Behaviour via Washington Post]