How to Keep Babies From Grabbing at Your Hoodie Drawstrings

See What You’ve Been BitTorrenting With This Site

How To Use Amazon Prime’s Video Store

How To Freshen Up Your Home Office For Under $50

If You Miss A Flight, See If Your Airline Uses The ‘Flat Tire Rule’ 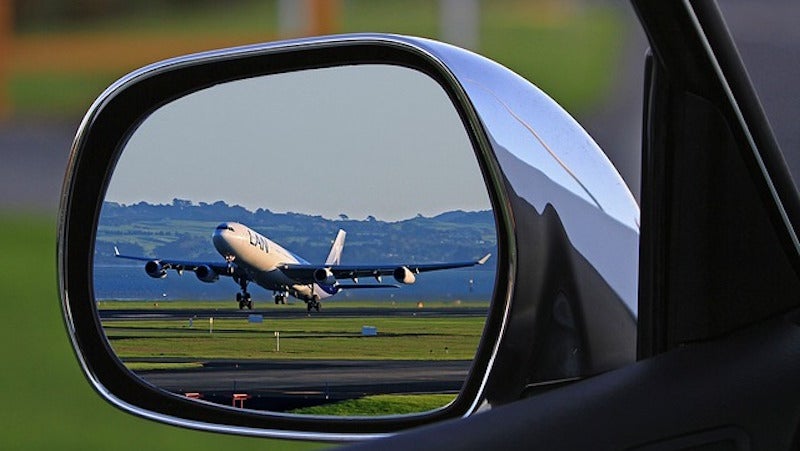 Missing a flight can be a huge nightmare. It’s enough to send some customers into quite a tizzy. Before you throw a full-blown fit, check to see if your airline follows the little known “flat tire rule.”

Frugal travel site The Points Guy says that this is a casual policy most airlines don’t advertise. The site explains:

…mercifully, most airlines have long had quasi-official policies of waiving fare rules and change fees when passengers need to rebook a flight that they missed, presumably due to factors outside their own control…This policy is known as the “flat tire rule,” though you won’t find it on most airlines’ websites. Ironically, a flat tire is a mechanical failure, which is considered to be outside the control of customers (when driving their own car), even though aircraft maintenance delays are considered within the control of airlines.

Since the rule usually isn’t advertised, many people have no idea how to go about using it. The Points Guy lists the unofficial policies of a few airlines. Here’s American’s, for example:

American: According to USA Today, American has a Late Arrival Standby Policy that says that passengers who present themselves at the airport within two hours of departure can be re-accommodated on the next flight without paying change fees or fare increases, so long as the scheduled flight was not the last of the day. Sadly, the “Late Arrival Standby Policy” doesn’t exist on American’s website, so this seems to be an internally documented rule. For what it’s worth, US Airways has a similar policy (sometimes called the “two-hour rule”), although this brand will disappear later this year as it’s absorbed by American.

Since it’s not advertised, it’s probably one of those things that’s hit or miss, likely at the discretion of the employee you’re dealing with. But it’s worth looking into if you ever miss your flight. For more detail and to check out the policies of other airlines, head to the link below.

What To Do When You Miss Your Flight [The Points Guy]