What To Do If You Miss Your Flight 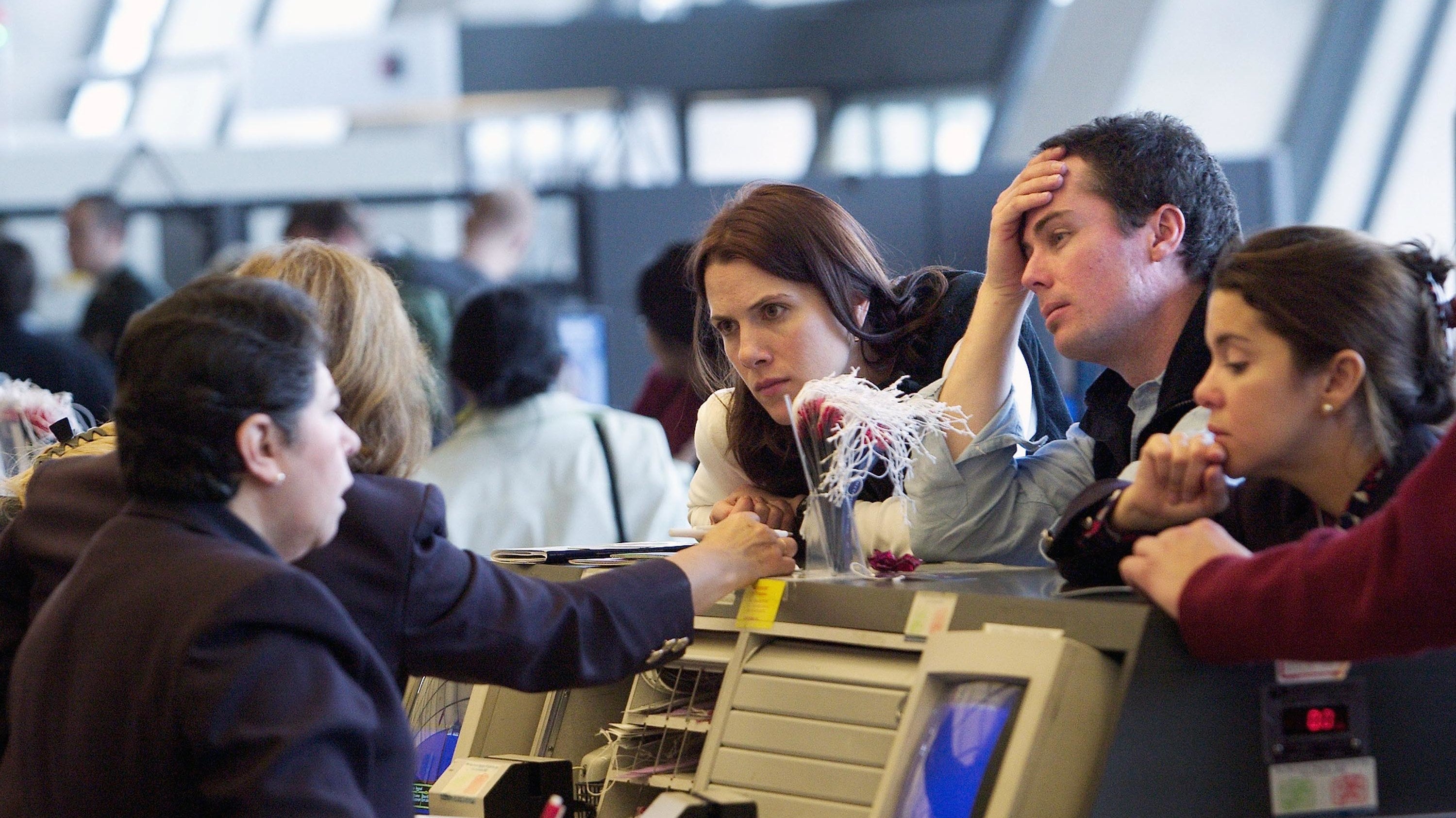 Photo: Brendan Smialowski, <a href="https://www.gettyimages.com">Getty Images</a>
To sign up for our daily newsletter covering the latest news, hacks and reviews, head HERE. For a running feed of all our stories, follow us on Twitter HERE. Or you can bookmark the Lifehacker Australia homepage to visit whenever you need a fix.

There’s no greater panic-inducing moment than being stuck in a slow security line, knowing you have minutes (or even seconds) before your flight departs. If you break into a cold sweat at the mere thought of missing a flight, we hope to provide you some comfort: A number of airlines have rules that ensure you won’t be stranded.

How easily you’ll get rebooked on a later flight, though and whether you’ll have to pay often depends on how late you arrive to the airport and whether you’ve made an effort to inform the airline of your tardiness.

Talk to an airline agent as soon as you can

If you’re running late, first, you should contact the airline and inform them that you might miss your flight. They might be able to rebook you before you even get to the airport. If you’re already at the airport or gate, it’s time to talk with an airline agent.

Traditionally, in the airline world, there’s a rule for passengers who miss their flights known as the “flat tire” rule; if you’re late to a flight because of something like a flat tire, you can get re-booked on the next available flight and with no extra charge, as long as you arrive within two hours (or sooner) of your original flight’s departure time.

You won’t find the flat-tire rule written into an airline’s contract of carriage (airlines likely don’t want to advertise the availability of free same-day changes, after all), so there’s no guarantee this will work.

As the Points Guy writes, you will often end up at the mercy of an airline service agent. Some agents may be more accommodating than others, so being polite and having a good reason, like you ran into heavy traffic, is important.

There are a couple of exceptions to this rule, too, as Point Me to The Plane writes.

If you’re on the last available flight of the day, you obviously can’t be rebooked for another flight that day (they can probably re-book you for the following day, but won’t reimburse you for any necessary hotel or food costs). If you’re flying internationally, these rules also might not apply.

If you’re flying with a bag that you plan to check, remember that all airlines also have a cutoff time for bags, so keep that in mind if you’re running late. 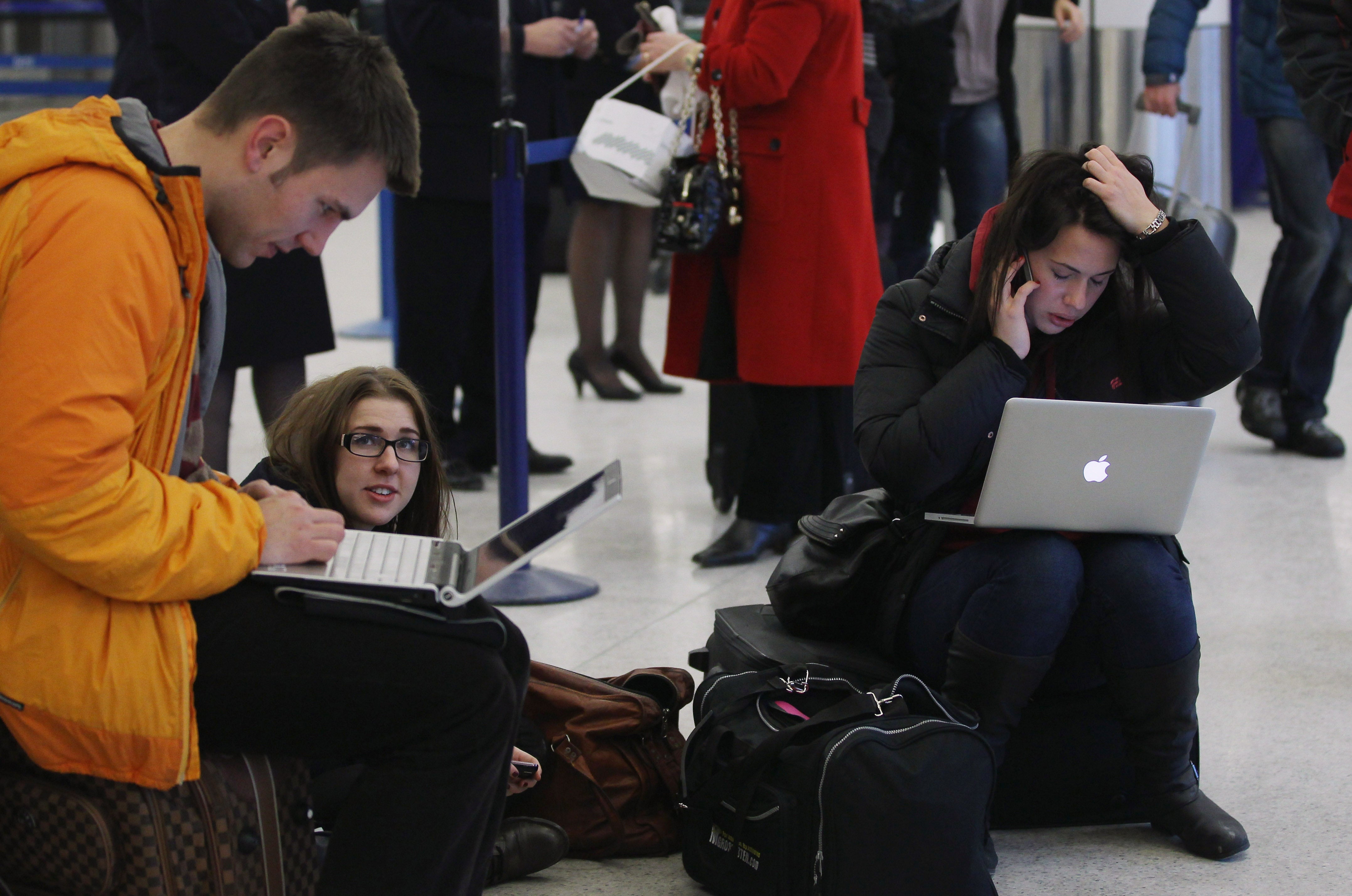 If you’ve missed your flight and need a guaranteed seat on another flight rather than a standby seat, there’s also the option to book a same-day change. Depending on the airline, there are a few rules to this policy, like you must request the change before your original flight departs and it must be a flight that departs on the same calendar day.

You can book a same-day change up to 24 hours before your original flight’s departure time. While there isn’t a set time as to how last-minute you can book a same-day change, some airlines will let you book even if you already checked in for your original flight and checked a bag (though they’ll need at least one hour’s notice of your request in order to move the bag to your new flight).

If you have elite status, you might be able to leverage it for a free same-day change, too.

If your delayed first flight causes you to miss your connection, you’ll usually get re-booked on the following flight and for free by most airlines; you may fly as a standby depending on availability. Some airlines may automatically re-book you, but you should call them as soon as you land to find out how to get on another flight.

If you’re late to your connection because you spent too much time waiting in line at Starbucks, however, that’s considered your own mistake and you may not be rebooked for free (though there isn’t an explicit rule determining how much time is considered enough to make your connection).

Also, if you’re connecting between two different airlines — say you flew Qantas and missed a Jetstar connection — you won’t automatically be rebooked. For this reason, you should contact the second airline as soon as possible; you should invoke the flat tire rule in this instance and try to get on another flight.

Pay for a new seat

If you’re really late — say you’ve managed to oversleep by six hours — you’ll likely be out of options when it comes to booking a new flight for free. You’ll have to speak to the airline and beg for a free rebooking, but chances are, you’ll have to pay for a new seat.

This is why booking travel insurance can come in handy. If you’re flying internationally — or are late to flights, meetings, or other events consistently — it might be worth it to add on insurance while purchasing your airfare, so you’re protected in the event you miss a flight.