Beware The ‘Ostrich Effect’ When It Comes To Your Financial Health 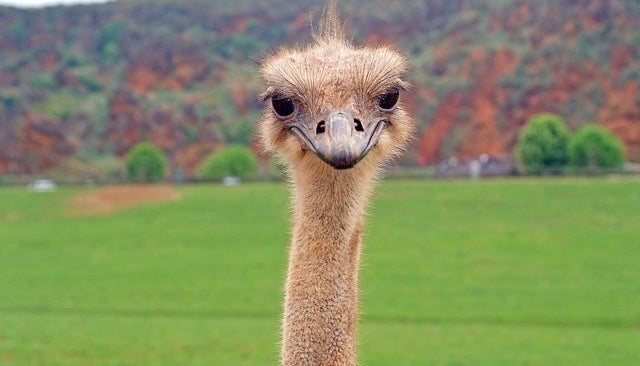 Money is already kind of a taboo topic, and when financial times are bad, we tend to ignore it even more. Researchers call this the “ostrich effect,” and you want to watch out for it with certain areas of your finances.

In a study published in the Social Science Research Network, researchers looked at the financial behaviour of investors and found that when their returns sucked, they had a tendency to bury their head in the sand (hence, ostrich) and ignore the risk (of course, this isn’t necessarily bad when it comes to investing — more on that in a bit). Researchers reported:

Drawing on insights from behavioural finance, more specifically, to the mental accounting literature, we provide an explanation for the observed anomaly, which we call: “The Ostrich Effect”. We define the “Ostrich Effect” as avoiding apparently risky situations by pretending they do not exist. It is observed that certain individuals, when faced with uncertain investments, prefer investments for which the risk is unreported, over a similar investment (as far as risk and return are concerned) for which the risks are frequently reported. In more concrete terms: if a “loss-averse” investor is faced by an investment opportunity in a traded government bond, where the price is reported on a daily basis, or alternatively, to invest in a non-negotiable bank deposit for the same term, the “Ostrich Effect” predicts that he/she will tend to prefer the bank deposit, especially during periods of increased uncertainty.

When it comes to investing, the “ostrich effect” can work a little differently. We’ve told you before that successful investing means you build a portfolio with the right amount of risk for your situation, then buy and hold. You shouldn’t worry about day to day fluctuations in the market. But even with investing, you still want to know your risk, you just don’t want to panic when that risk comes up.

But we often bury our heads in the sand when it comes to other areas of our finances, and this tendency can be problematic. Sometimes we’d rather pretend our money issues don’t exist than deal with them, and that usually makes them worse. LearnVest points out that people often choose to ignore bad news about steep credit card statements, taxes, or overdue bills. For example:

The Ostrich Effect can tempt us to tackle those piles of receipts and forms at the last minute, leaving us scrambling to get it together at the beginning of April. When you push off tax preparation, you run the risk of not having enough money to cover the bill, as well as missing opportunities to contribute to your retirement accounts. You’re also more prone to make careless mistakes on your return — ones that could result in costly penalties.

We’re probably all guilty of this at one time or another, so it’s something to think about if there’s an area of your financial life you’ve been ignoring.

Check out the study and the rest of the post at the link below.