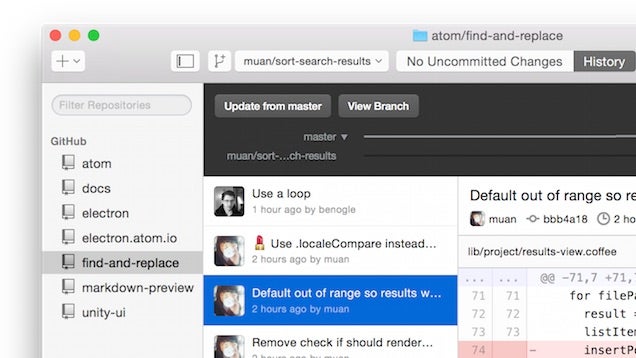 Windows/Mac: GitHub has released new desktop apps for both Windows and Mac that aim to make cross-platform work between the two a lot easier.

The big shift here is that both the Windows and Mac apps are now identical. This means workflows between the two are the same, so it’s a lot easier to bounce between the two or to work on projects with people on different platforms. Beyond that, the apps get some other improvements, including easier access to branches, merges, and other collaborating tools.