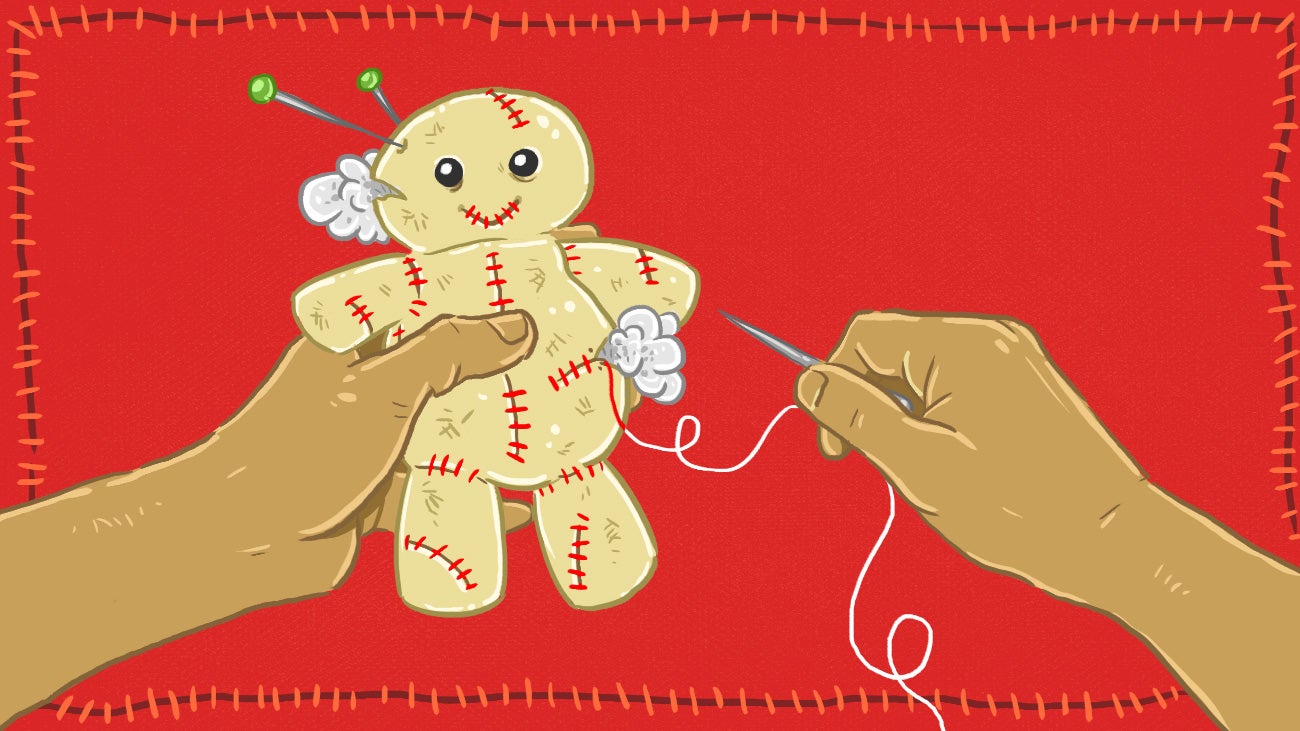 There's no need to spend money when you can fix something yourself. If you've popped a button on your shirt, worn down a hem on your pants or busted a seam in your dress, these five hand sewing techniques can help you fix things in snap.

The running stitch is the most basic of all hand sewing stitches and it's what all other forms of sewing are based off of. In the video above, Lauren Bradley from the expertvillage YouTube channel explains the easiest way to join two pieces of fabric. While running stitches running stitches may seem simple, they can still be incredibly effective for repairing clothing. This stitch can be used to:

All you need is a needle and some thread. Once you have your needle double threaded, be sure to knot the end and you're ready to sew. When you're done, a running stitch will have the same appearance on both sides of the joined fabrics.

The back stitch is an advanced variation of the simple running stitch where you constantly take one step back and two steps forward along your stitch line. As Dawn Anderson explains in the video above from the MonkeySee YouTube channel, the back stitch is very strong and flexible stitch for repairing areas of high wear and tear. A back stitch is ideal for:

Generally, anywhere a running stitch would do the job, a back stitch can be used. It's stronger and will probably last longer, but it takes longer to sew (especially if you're new to sewing). With a back stitch, one side will look like a simple running stitch, but the other will have a line of overlapping stitches.

The whip stitch is a little more complicated, but may be even more useful than the simple running stitch. In the video above, YouTuber Wendi Gratz demonstrates a whip stitch on a small stuffed pillow, but the technique can be used to fix other things like:

Of course, as demonstrated in the video, you can also use the whip stitch to fix pillows, pillow cases, couch cushions, and any other item that's busted open at the seams. Again, all you need is a needle and some thread, but it's best if the thread's colour matches the fabric you're sewing into because the thread will be visible.

The slip stitch can close up seams and holes just like a whip stitch, but the stitch itself won't be visible. Unfortunately, it's also the toughest stitch to master on this list. In the video above, YouTuber Professor Pincushion demonstrates the slip stitch method while explaining the finesse the procedure requires. This type of stitch is useful for repairing holes in more visible areas where the thread of a whip stitch would be too apparent. Keep in mind, however, that it's also not going to be as strong as a whip stitch, so it should only be used to repair small holes and tears. Also, it's best if you use a thread that's coloured to match the fabric you're working with. If you have the patience to develop your skill, the slip stitch can make clothing issues literally disappear.

Sewing on a Button

Last, but not least, knowing how to sew a button back on, or add an additional button, can be pretty handy. This video from the ThreadBanger YouTube channel explains the process in the simplest way possible. If you're having trouble with it, you can use a toothpick to help you sit the button properly. Now there's no need to go buy new clothes because you know how to replace buttons on your clothing and jackets, fix undone hems, and repair tears or busted seams.