Crapware Is A Horrible Problem And It’s All Our Fault

This week, we updated our Hive Five for best Bittorrent clients. The dominant choice was the same one we think is the best: uTorrent. Unfortunately, it’s also quite controversial for its crapware and advertising. When you install uTorrent, you get a fantastic BitTorrent client, along with offers for bundled software you don’t want.

While on some rare occasions these bundles could be for apps users might genuinely like — for example, Avast includes an opt-out offer for Dropbox — most of the time they’re toolbars or crappy “system cleaners” that only serve to clog up a user’s system. Worse yet, these offers are opt-out, which means that if you’re not careful to explicitly say no, you could end up with tons of junk on your system.

Of course, it’s easy to be mad at developers for this. It’s deceptive, it’s annoying, and in some cases, it’s actually harmful. So why would a program that’s so popular feel the need to trick its users and risk its reputation? Because those offers pay the developers’ bills when we won’t.

Why Programs Include Crapware 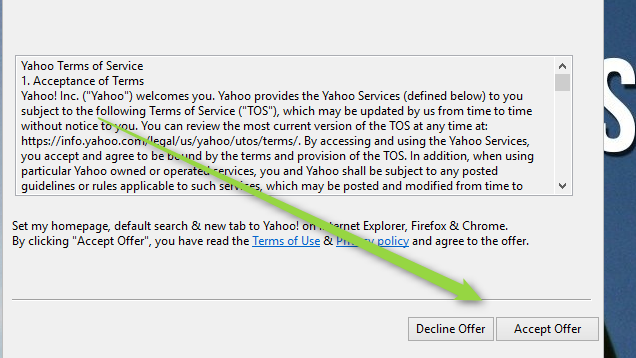 In case it wasn’t obvious, bundled crapware makes money for developers. If you’re a developer and you can’t get users to pay for your software, this can be an attractive option. Third-party companies will approach apps like uTorrent asking that they include an offer for their junk software during install.

In 2013, Long Zheng, the developer of Twitter client MetroTwit, gave us a glimpse into how these deals work. More importantly, we saw how lucrative they can be. In one email exchange, a company (whose name was redacted) offered to pay a handsome sum for including an opt-in installer (not to be confused with the more common, more lucrative opt-out installers):

We launched similar cooperation with WinZip, Nero, TuneUp, Yahoo, and dozens of other reputable brands so this it’s a shame we can’t work together….

Based on our estimation this type of cooperation, will add a new revenue channel, estimated at $90,000 — $120,000 each year for your company.

Emphasis added. Of course, MetroTwit doesn’t have near the userbase that WinZip, Nero or even uTorrent has. According to a blog post in March 2012 (about nine months before this email exchange occurred), MetroTwit had about 8000 active users per day, or about 240,000 per month. uTorrent, for comparison, has around 150 million users. It’s safe to assume that the revenue it would generate from including even one bundled offer would be a lot higher. There’s potentially millions of dollars on the table.

All a developer would have to do to get that money would be to add one little checkbox to their installer. That doesn’t seem so bad, right? After all, users will probably ignore it anyway. And they can always uncheck it during the install. Isn’t that a pretty small price to pay for such a huge sum? When you’re faced with a huge revenue stream on one hand, and an audience that isn’t willing to pay for your product on the other, that relatively minor annoyance seems negligible.

We Brought This On Ourselves 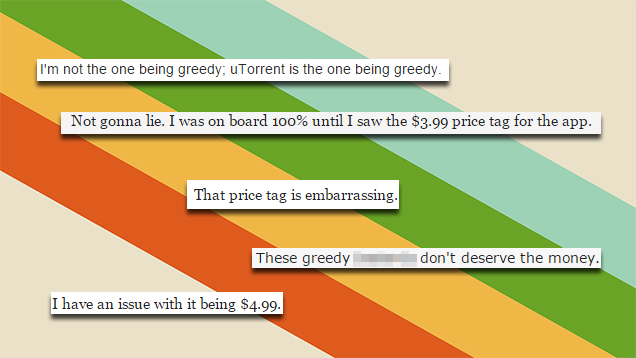 It’s tempting to just say companies that do this suck and move on. However, we have to consider the other side of the equation: user demand. If we want to suggest that developers forego all the money crapware providers are offering, it would stand to reason that we should offer alternative income. So, how much would an app like uTorrent cost if it had to make the same amount of money without crapware?

Well, we happen to have something of an answer to that: $20 per year. The company offers a $US20 per year uTorrent Pro service. Chances are most people don’t subscribe to this, but let’s say uTorrent stopped offering a free option tomorrow.

If even one-third of uTorrent’s 150M+ free users instead paid $20 a year for this application, the company would make about 1 billion dollars every year. Billion. With a B. That’s certainly more than enough to justify ditching the paltry few million that crapware would add to the bottom line, right? Even if they dropped the price to something more reasonable like $5/year, that could bring in $250 million per year for just a third of the current userbase. That’s not too bad.

There’s one problem: we won’t do that. It doesn’t take a business degree to figure out that if a free product with 150 million users today suddenly cost $20 a year (or even $5 a year) tomorrow, it wouldn’t have 150 million users for long. Some people might upgrade. Maybe even enough to make the company profitable. Services like Plex are able to get by with a very robust free tier while charging the minority of users who are willing to take the hit. Everyone wins.

However, Plex is the exception, not the rule. More often than not, we balk at the thought of paying a few dollars for an Android app, or paying $5/year for a service we use continually (we also have a similar mindset about paying for media). Lifehacker’s no exception: we’ll choose free over cheap nearly every time. Every time we do, though, we encourage developers to find shadier ways of getting paid a little more.

To be clear, there’s nothing wrong with downloading free apps (and in fact there are very good reasons to get on board with the free or open source bandwagon). There is, however, something wrong with downloading free software and then complaining when the developer resorts to stuff we don’t like in order to make money. If we want to avoid a world where developers compromise, we have to acknowledge that they’re only in that position because we’ve gotten a little cheap.

Does that let developers off the hook? Certainly not. Infecting a user’s computer with software that you know is bad is a terrible way to do business. But we keep them in business by using their software. If it’s the only way to make money on free apps that everyone loves, someone’s going to do it. And we’d rather they do that than watch our favourite apps disappear forever. But if we really want to cure the crapware problem for good, we need to be a little less critical of developers who want to get paid up front.

What We Can Do About It 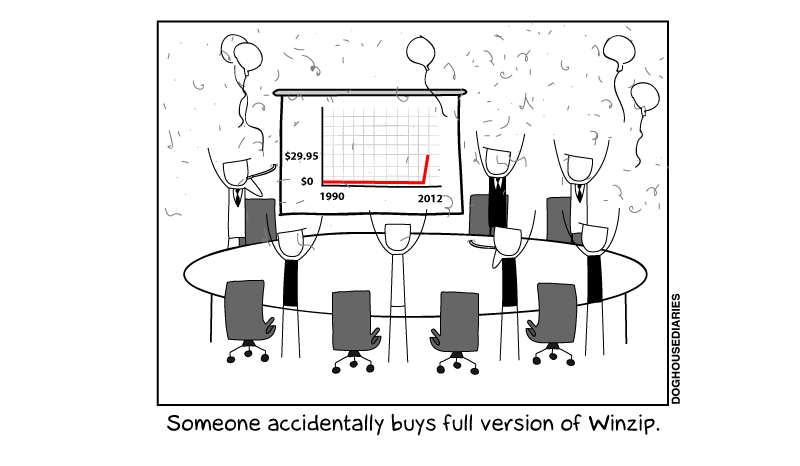 It’s easy to say it’s our fault. It’s another to fix the problem. Unfortunately, nothing will change if people won’t open their wallets, and it’s hard to convince people to convince people they’re paying too little for a product. Especially once they’re used to free. However, if you really want developers to stop bundling crapware, there are a couple of things you can do:

Will this change the industry? Probably not. However, it couldn’t hurt to try. As long as software exists, there will be people doing shady things to make a few bucks or to push crapware on you without your knowledge or consent. That sucks. What sucks even more, though, is when software that’s used by hundreds of millions of users still feels the need to make money with crapware tactics. That’s supremely annoying, but we have to take responsibility for our part in it.