This Is How Droughts Start In Parts Of Australia

What Exactly Is Storyboarding For Film?

Archibald Artists That Deserve Your Attention In 2020 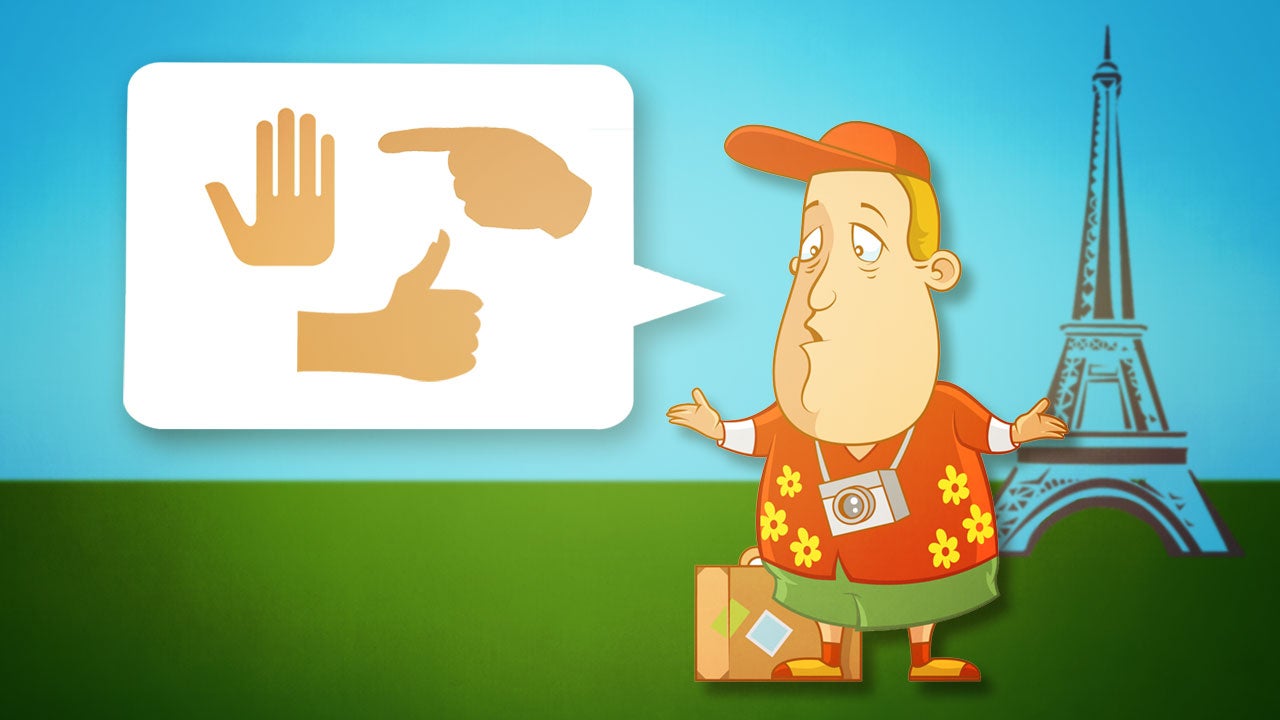 Unless you have a super-brain, you’re probably not going to learn a whole new language every time you visit a different country. But with the right tools in your arsenal, you can get by. Here’s how to survive when you don’t understand the native tongue.


To bridge the gap, you’ll need to rely on more than just a phrase book. Many countries and major cities that expect tourism from English speakers (which we assume you are if you’re reading this) are somewhat English-friendly, which helps — but, of course, your mileage may vary. I recently spent a week in Japan without knowing the language. Here’s what I learnt during my trip.

Some of the Most Useful Languages Are Universal 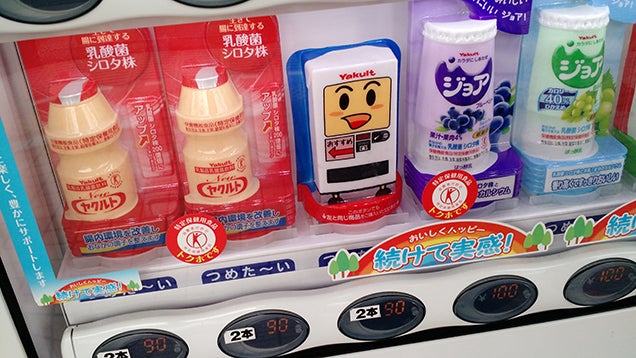 Not speaking the native language is immediately overwhelming. Everything seems alien, and your first assumption is that no one will understand anything you want to say. However, this isn’t true at all! They can often understand a lot — just not the words you use. A number of “languages” are universal.

Pointing Is More Useful Than Speaking

This is the simplest gesture that conveys the most information at once. If you want a person’s attention on an item, pointing will get you there faster than trying to say “May I please buy one of your delicious rice balls?” I ordered food at least three dozen times per hour in Japan (the food is delicious, don’t judge me) and never once had to scramble for the Japanese word for “curry”.

Pointing isn’t just for menus, either. On one occasion, we were trying to get to a particular train station and weren’t sure how to get a ticket from the machine. A helpful passerby attempted to assist us. While he didn’t speak English, I was able to point to where I wanted to go on my phone. He then pointed to a spot on a fare map that included our destination (written in Japanese, of course) as well as the fare amount. From there, we figured out that the map wasn’t just showing locations, but prices. What we thought were station numbers were actually the cost to go to different places.

We’d written off the map because we couldn’t read it, but this guy not only showed us where we needed to go, but helped us understand how the system as a whole works. We had the information, we just didn’t know where to look. Pointing was the Rosetta Stone that got us there. Of course, be sure to read up on gestures before you get there. As Smarter Travel recommends, you should make sure you know what a gesture means before using it in another country:

Hand gestures are almost universally understood. Before you start playing charades however, learn the local meanings of common gestures. In Bulgaria, for example, nodding means no, and shaking your head means yes. Yikes! Search up some local gestures beforehand to make sure you’re not insulting your waitress when trying to gesture for water.

Even if pointing is universally understood, how you point matters. Some countries accept single-finger points, while others will be offended if you don’t use the whole hand. In some cases, a four-fingered point means something different than a single finger. Be sure to check out the customs for the country you’re visiting before you travel.

Maths Is The Same in Every Language

Maths is one of the most universal languages we have. Not only does 2 + 2 = 4 everywhere on Earth, but most countries use the Hindu — Arabic numeral system (and if you understood the maths problem in this sentence, you do too). Even if you find yourself in the rare place that doesn’t use the 0-9 characters, it’s a lot easier to memorise 10 symbols for numbers than it is to learn a whole new spoken language.

Relying on numbers gets around a lot of surprisingly complex lingual problems like “a”. As in “I would like a Coke”. In English, the word “a” indicates the subject, but it also indicates the quantity: one Coke. Many languages, however, don’t have this type of quantity confirmation built in, even if you did speak it. When in doubt, just indicate a number.

Not speaking a language isn’t the only problem you’ll face abroad. You also probably can’t read the signs. This gets even worse if the country you’re in doesn’t even use the same alphabet as your native language. Fortunately, GPS works everywhere (provided you have internet to download the accompanying maps).

While in Japan, I found that having GPS was the single most important tool for getting around. As soon as we landed, I used the airport Wi-Fi to look up directions to our hotel. While I lost internet for the entire journey, the directions were cached. Most of the stations weren’t in English, so we had to count stops (thanks again, maths!), and any time we walked somewhere I would check where we were against the GPS on my phone.

This is a decidedly 21st century possibility. While we were still able to navigate the subway thanks to signs that were also in English (or even the Japanese ones after the helpful passerby from earlier showed us how), we were never truly lost. Which is impressive given how large Tokyo is and how little none Japanese I know. As long as Google Maps exists in your country, it should probably be slightly higher on your packing list than a generic phrase book.

Language Translators Are Good Enough, If You Use Them Right 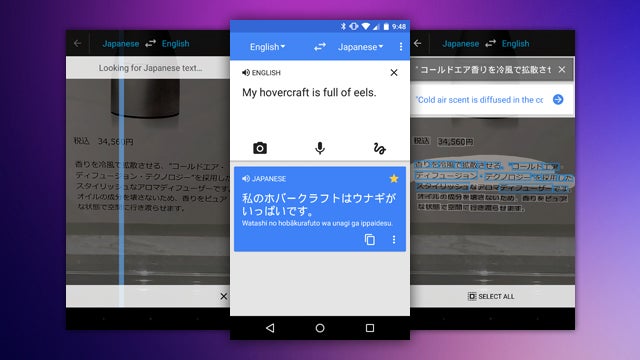 Apps like Google Translate get a bad rap for being slightly crap at the nuances of grammar. However, they’re actually insanely good… if you use them properly. Before I left, I downloaded the Android app and the Japanese language pack for offline translation. I anticipated using this any time someone wanted to talk to me.

As it turns out, this was a terrible idea. Sticking a phone in someone’s face every time I had a question was not intuitive and probably offensive. However, I did use it as a phrasebook. I saved phrases like “Thank you”, ” Where is the bathroom?” and “My hovercraft is full of eels” for quick reference. Eventually I was able to memorise them, but having them in an app was convenient. Of course, the usual disclaimers about accuracy still apply: for anything more complex than the absolute basics, be sure to double-check with either an actual phrase book or a native speaker. In my experience, if you could translate a phrase to Japanese, and then use the reverse translate feature on that translation and get the correct sentence back, it tended to be close enough for native speakers to understand.

More helpful, however, was the image translation. If you have internet access, you can take a picture of a piece of text and translate it into another language (or skip the picture altogether in some cases). It won’t give you an exact translation, but it’s good enough for tourist work.

This is one of those times that good enough actually is good enough. We aren’t at the point where your phone can send perfectly translated phrases to your brain, but when you don’t speak a word of a language, you can’t tell the difference between “freshly cooked salmon” and “slightly crumpled graph paper”. You’d be surprised how useful even a few words can be.

Etiquette and Courtesy Will Save You a Lot of Trouble 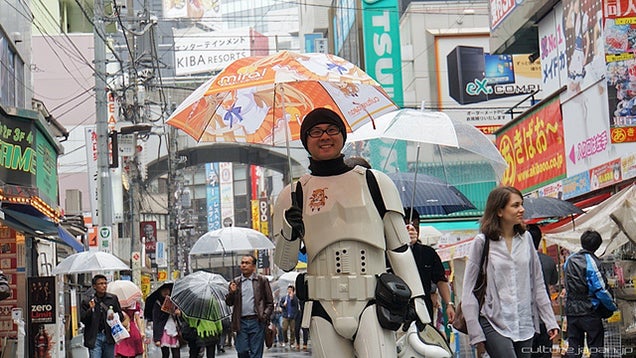 Here’s a useful tip: you’re going to screw up. No matter how much you try to prepare, you’re going to encounter some situation where you don’t know what to say or accidentally do something you shouldn’t. In those instances, only one thing can save you, and it’s not an app. It’s courtesy.

Courtesy helps bring out the best in the people who are there to help you, even without the language barrier. Make it a priority to learn how to say things like “I’m sorry” or “Excuse me”. When I left, I anticipated using the phrase “Where is the toilet?” and added it to my phrasebook. However, everywhere I went, either signs or common sense showed me where the bathrooms were. Yet, “Excuse me” became an everyday phrase when trying to move through crowded stores. Politely asking to be let through was way more productive than just forcing my big dumb American body through a crowd.

My group also made a point to say simple phrases like “Delicious” when at restaurants, or “Thank you“, after transactions. These are simple things that even an app can translate, but the mere fact that we said them often resulted in those we spoke to smiling and becoming more enthusiastic. Of course we had no idea what they were saying. Perhaps they thought our accents were adorably atrocious. But by making the effort and being respectful, we found more people were willing to help us find our way.

I was told before leaving that Japan typically has a courteous, respectful society by nature, so that probably didn’t hurt. However, most people, regardless of culture, generally like it when others are nice instead of jerks. Keep in mind that when you travel, you’re in someone else’s home. It may be novel to you that you finally get to see that place you saw on TV or read about on the internet, but you only have a tiny sliver of someone else’s everyday life. Go out with a bit of humility and a lot of respect, and you should do well.