I'm Astronaut Ron Garan, And This Is How I Work 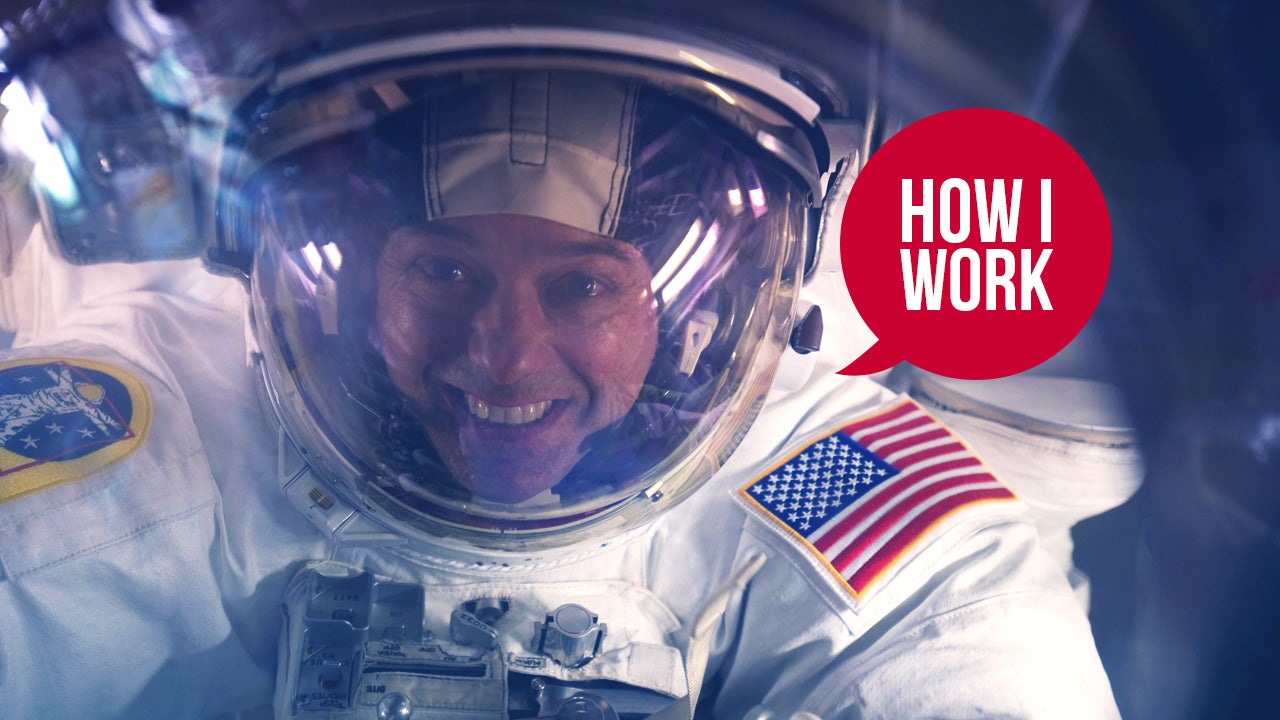 Perhaps the challenges facing the Earth become more clear from a distance. Such is the experience of Col. Ron Garan, an astronaut, veteran fighter pilot, and social entrepreneur who advocates international cooperation and empathy to help us address the problems of the world.

Col. Ron Garan spent more than 178 days in space, and his time aboard the International Space Station was a transformative experience. (I imagine space travel often is). In his new book The Orbital Perspective, Col. Garan describes how countries that were at war mere decades ago are now collaborating on one of the most complex and impressive engineering feats of our time — the International Space Station — and why we need to embrace the same empathetic world view back down on the ground.

He's also the founder of Fragile Oasis, a grassroots initiative advocating this same perspective to help humanitarian needs. We caught up with Col. Garan to learn a little about how he works when he's not in low gravity environments.

What apps, software, or tools can't you live without?

Refrigeration, indoor plumbing, and Evernote (in that order).

What do you use Evernote for?

Organising notes and linking with my mobile device so I can access them on the run.

Today it's on the couch with my feet up. In the past it was floating 240 miles above the Earth typing on a floating laptop with a great view. 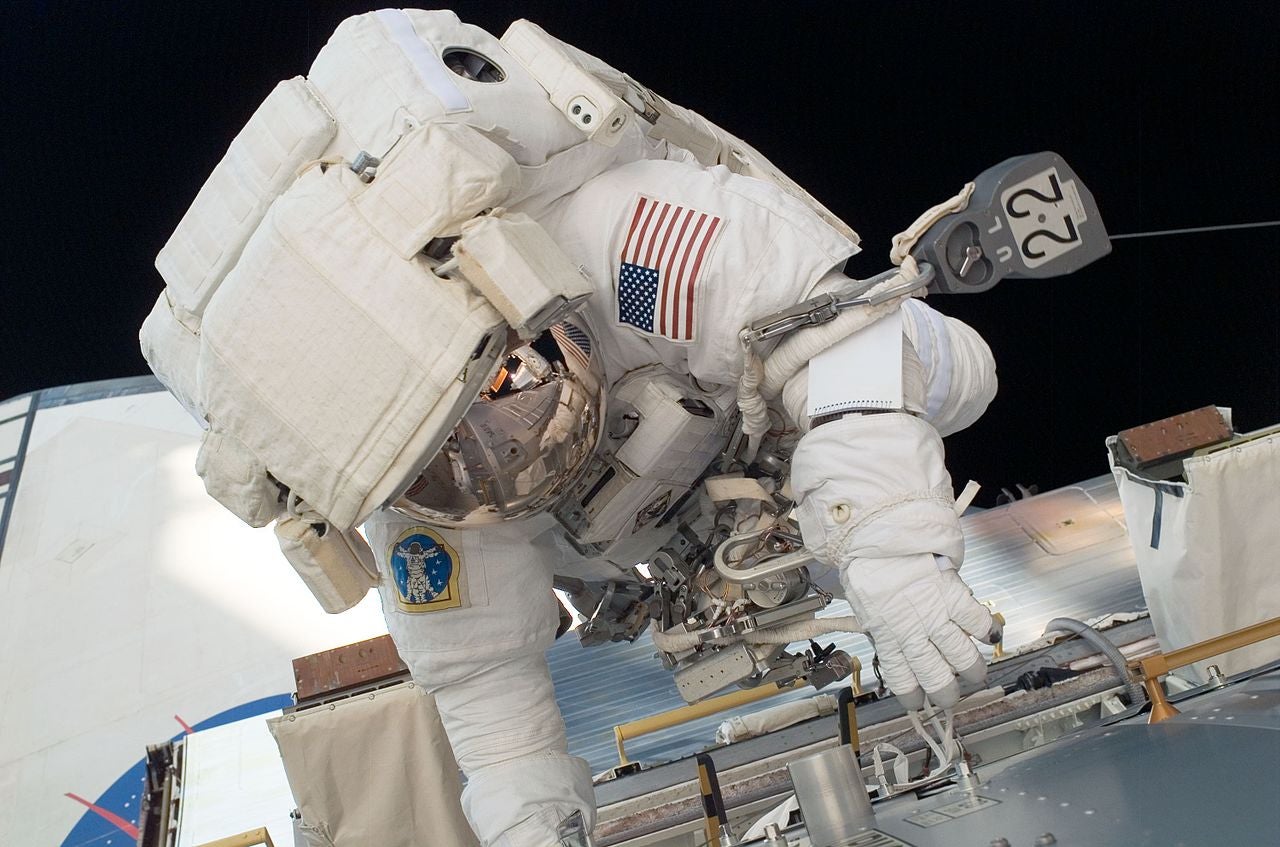 Let's talk a little about the book — the central tenet is that the "orbital perspective" makes it obvious that nations need to cooperate and work together to solve the large problems facing humanity. Did you anticipate this new perspective, or was it a surprising side effect of your time in space?

The need for a deeper level of collaboration across all sectors not just between nations was an "epiphany is slow motion" that developed after months of seeing our world from space.

How can everyday people apply this idea of the "orbital perspective" to their lives?

You don't have to be in orbit to have an Orbital Perspective. This is one of the main points of the book and why I cite so many examples of people acting with an orbital perspective who have never been in space. We apply the orbital perspective by acknowledging the framework that we've constructed to view the word, by considering the long term/big picture implications of our words and actions and above all else by practicing what I like to call "elevated empathy."

I travel a lot so I fly aboard spacecraft whenever I can. Travelling at five miles per second gets you places fast, but only so far.

If I had a to-do list manager I wouldn't be running around with my hair on fire.

My GoPro camera — to catch the action.

Telling bad jokes — the secret to telling bad jokes is to tell as many jokes as you can and it is statistically guaranteed that you will have some really bad ones (I think I had a few here).

It's interesting that on Earth I prefer quiet while I work — in space I prefer music in the background. Because in space we're detached from the Earth and listening to music while I work, for me, was very soothing. It reminded me of home (Earth).

What sort of music did they play on the ISS?

Before I flew on my six month mission to the ISS, I asked people around the world to suggest songs for my playlist. This is what they came up with.

Poor Economics: A radical rethinking of the way to fight global poverty by Abhijit V. Banerjee and Esther Duflo. 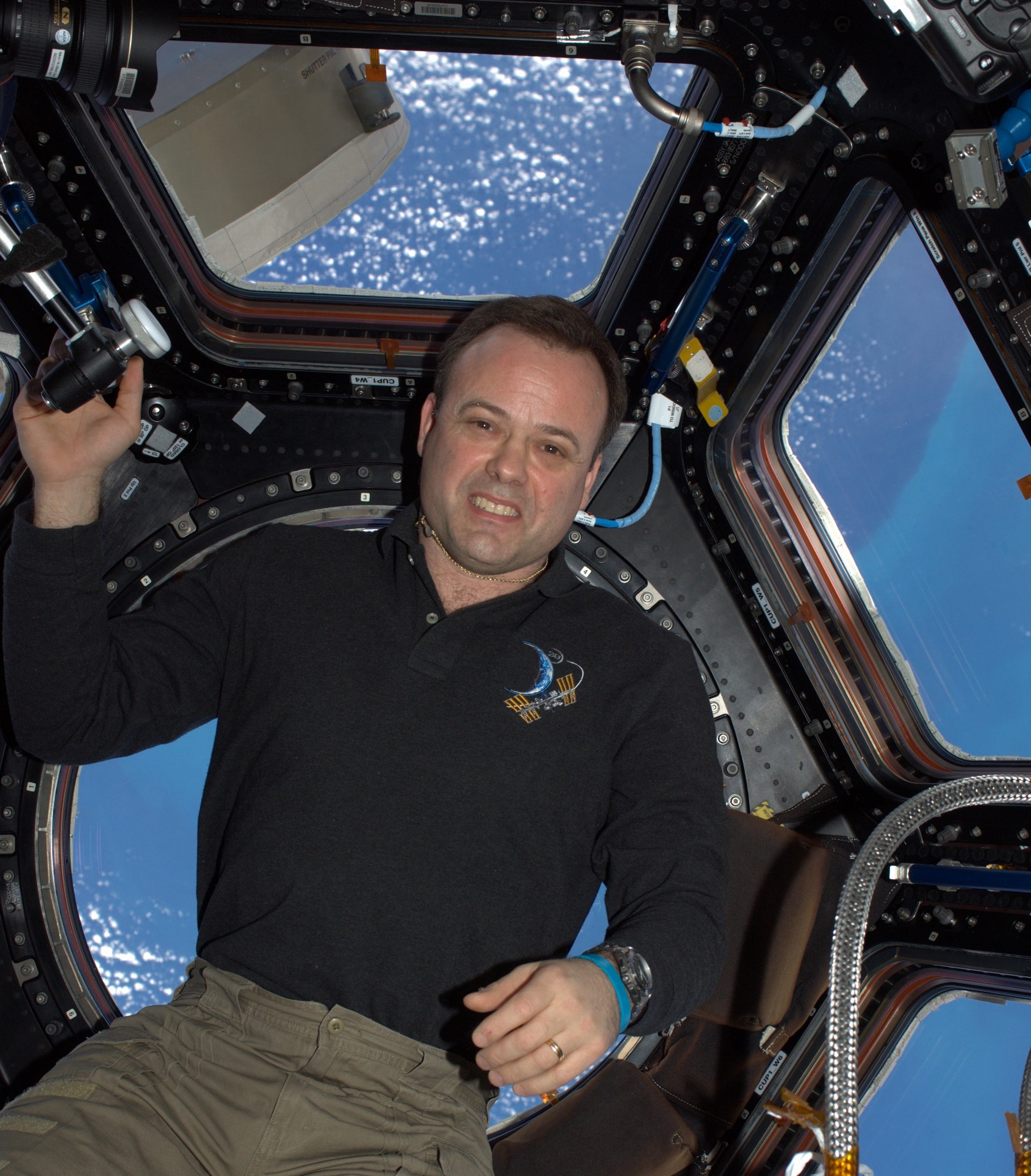 Late to bed early to rise.

Because very few people in human history had a greater ability to think outside the box.

Do it with Joy.

You don't have to be in orbit to have an Orbital Perspective.